Edit: A sweet reader found the lights I talk about below for cheaper. YAY!

So, was my punctuation/capitalization dramatic enough to catch your attention?

Because I think I may have solved my kitchen lighting quandary. 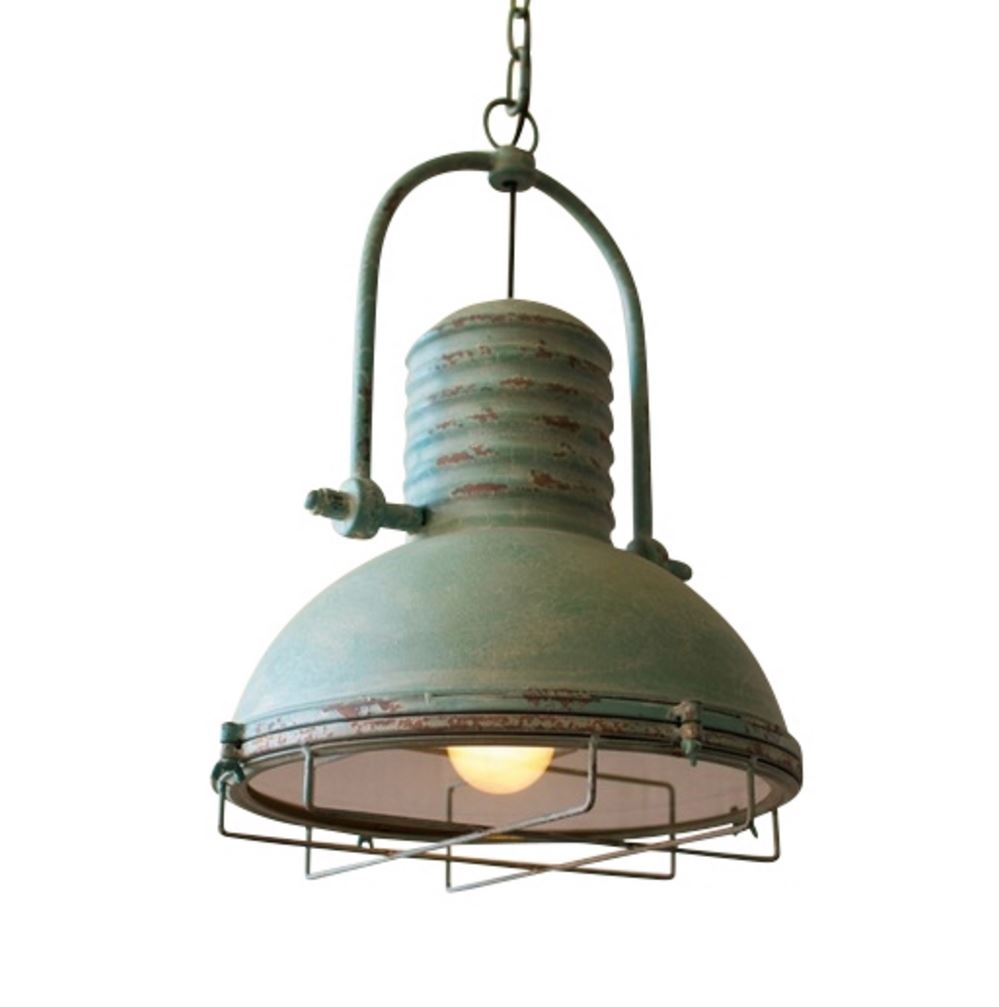 I mean, hello. They’re turquoise. Or–more appropriately in my mind–aged teal. (Because the fact of the matter is that, as much as I love all shades of blue-green, true, glaring turquoise is my least favorite).

I stumbled across these on a random Pinterest jaunt after a very (verrrry) long day of cleaning and organizing at the new house on Saturday.

And I must admit that I sat up a little straighter.

Now, here’s the thing: they’re not exorbitantly expensive, but they are more than I’d like to pay for a light for which I need more than one (possibly three). The best price I’ve found so far is: $178 (shipped).

They’re quite a bit narrower (though somewhat taller) than the gargantuan light that we originally had planned for over the island but still have the industrial elements I love, with the extra bonus of a fun–but not too loud–color. My signature color at that! (Yes, that was a shameless Steel Magnolias reference).

I’d love to get away with just 2 to cut down on costs.

Of course, we’ll measure and approximate as best we can, but I was kind of pleased to discover this shot on the same Pinterest jaunt: 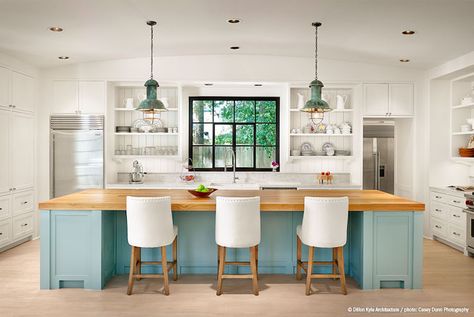 Those aren’t the same lights, but they do bear a striking resemblance. And if my powers of estimation are even mildly accurate (I’d like to think they’re at least average if the amount of times I’ve opened the back of my van and said: “Yup, it’ll fit,” in the face of very dubious men loading furniture…and been right…is any indication), then that’s about a 12 foot island, and those pendants are probably about a foot wide each.

So…what do you think of my discovery?

Better than the other options?

Could I “make do” with just two? (Yes, I could. I know I could. Just trying to get some feedback here).