I’ve mentioned several times that my favorite part of this whole building process is when we land on a decision and can just move onto the next.

Which…is what I thought we’d done when we chose this pendant light for our kitchen island. 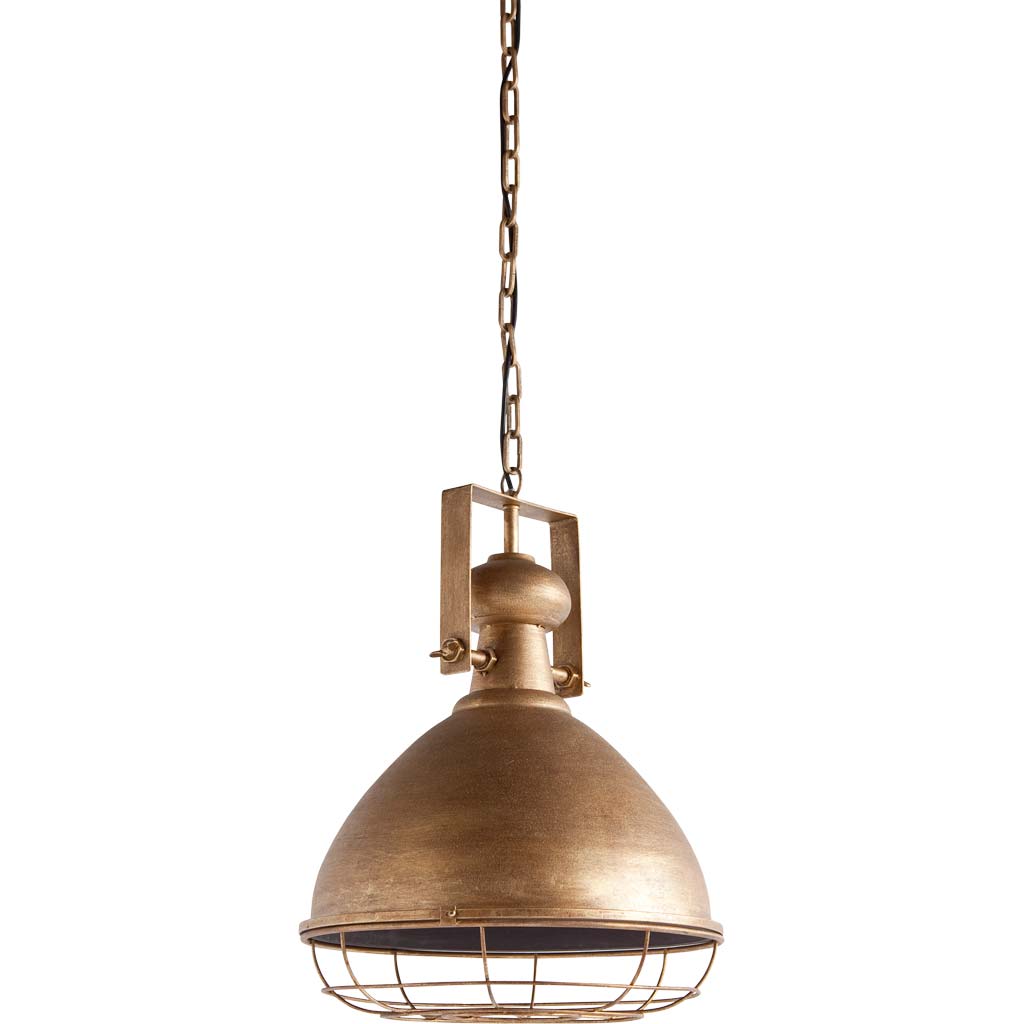 I loved the brass finish and the industrial details. Sadly, they only had one left in stock at the super-sale price I’d found, but we went ahead and ordered it.

When it arrived, I liked it even better in person than online. Except. It was big. Like really, really big.

I knew this. I had paid close attention to the measurements, gotten out a tape measure, mocked it up…the works.

What I wasn’t able to anticipate was just how hefty the cage grill and industrial-style connection on top of the light would be. 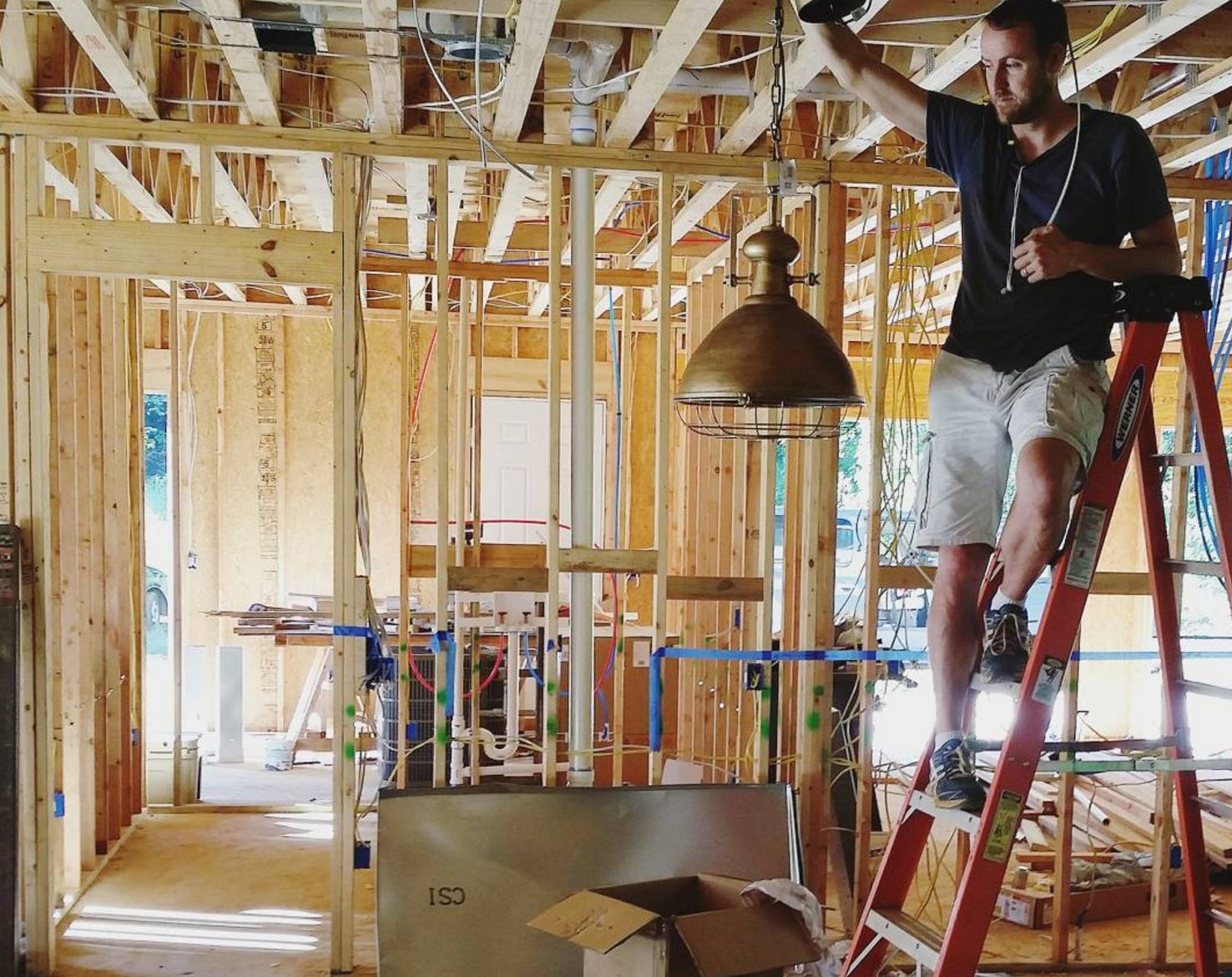 I honestly don’t think this picture does the light justice either in how pretty it is or just how massive it is.

In any case, both Shaun and I were thrown for a loop because we both agreed that–although we like industrial–this one might be a bit much. Of course, we were also grateful that only one had been in stock because, if we’d gotten three of these suckers, they would have completely overpowered the rest of the kitchen.

Which brings me right back around to trying to figure out which lights to put over the kitchen island. I’m not quite back at square one, since I know for sure what I don’t want, but I am a bit torn between several good options, and I’d love your input.

Okay, so first of all, we have the replacement industrial option: the Dawson pendant light, which is also probably my first preference. I think. Hm. #indecisivemuch 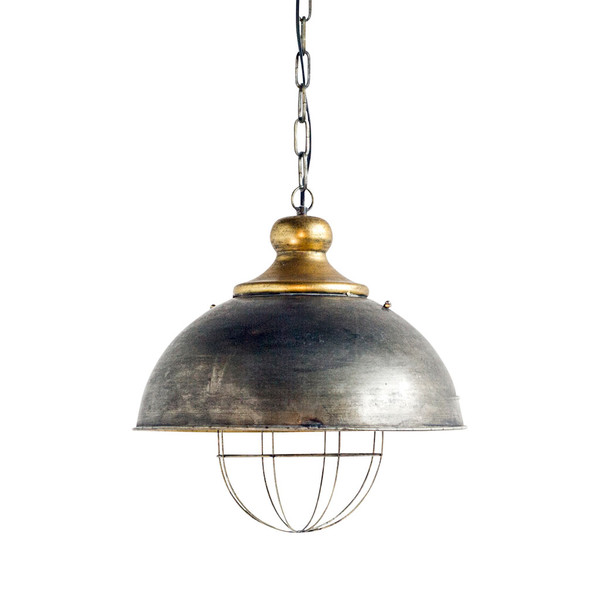 I love the pop of brass at the top (I’ll have brass hardware on the cabinets), and I love the weathered look and the cage grill that adds interest without being over-the-top. 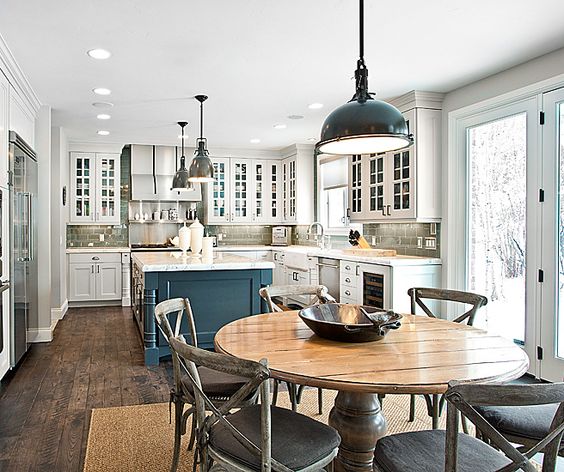 This kitchen isn’t so very similar to how ours will be, but the color of the island is almost identical to what I’m leaning toward for our lowers (we’ll have white uppers), and at the very least, the industrial pendants give a similar feel to the one above (plus our island will be about the same wood tones as that pedestal table in the foreground, so the overall color scheme is at least comparable).

I’ve shared Jess’s lovely kitchen before, but one of my favorite things about it is how she manages to marry several different lighting styles in one space. 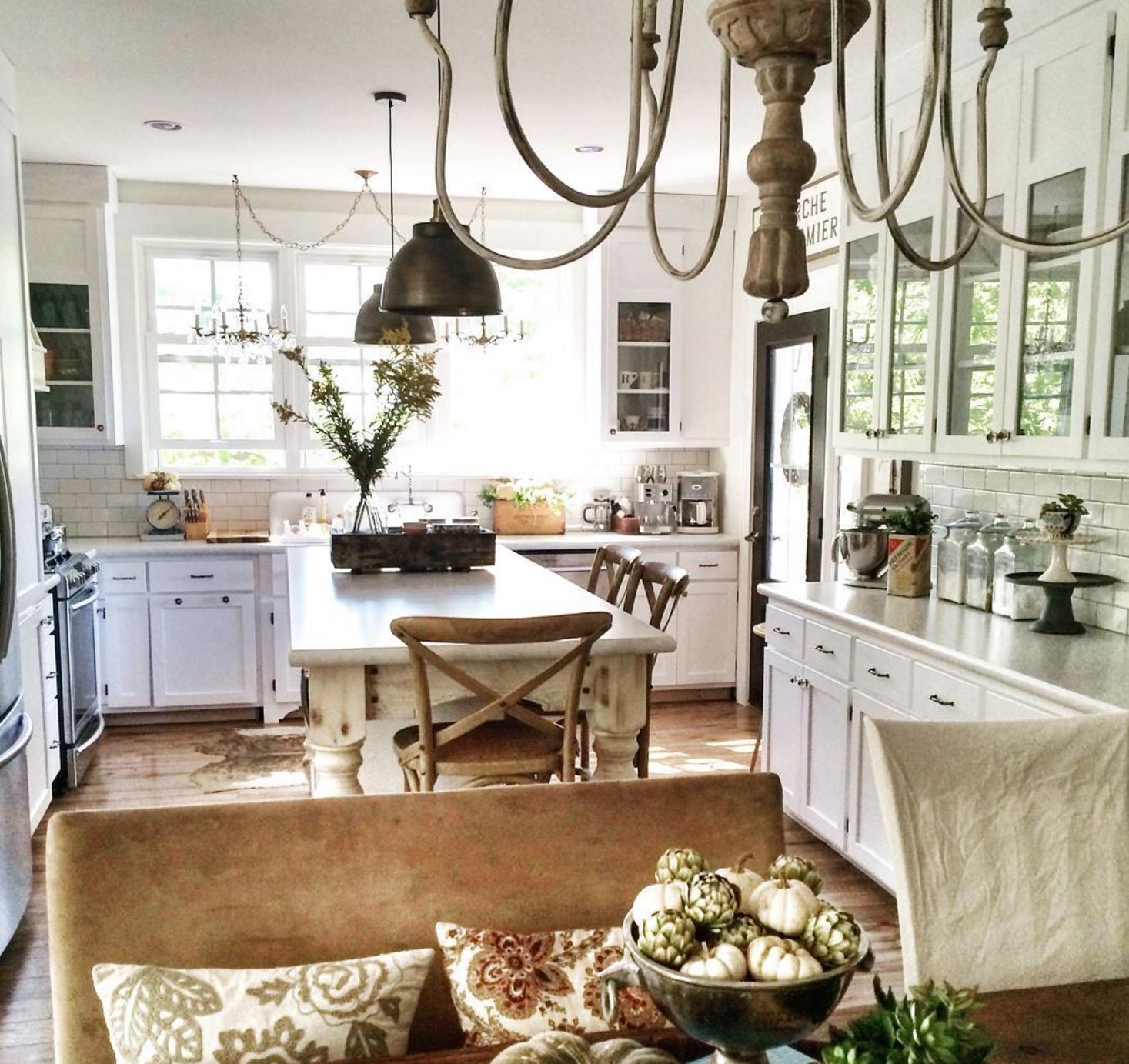 Crystal chandies + industrial bowls + traditional chandelier. Yup. I like it.

Now, my style won’t be nearly this romantic (I lean toward cleaner lines, but I have zero complaints about what she’s done; it’s gorgeous).

Of course, this “Ursula” pendant could be fun too. It’s an ah-mazing price compared to how much it costs everywhere else. 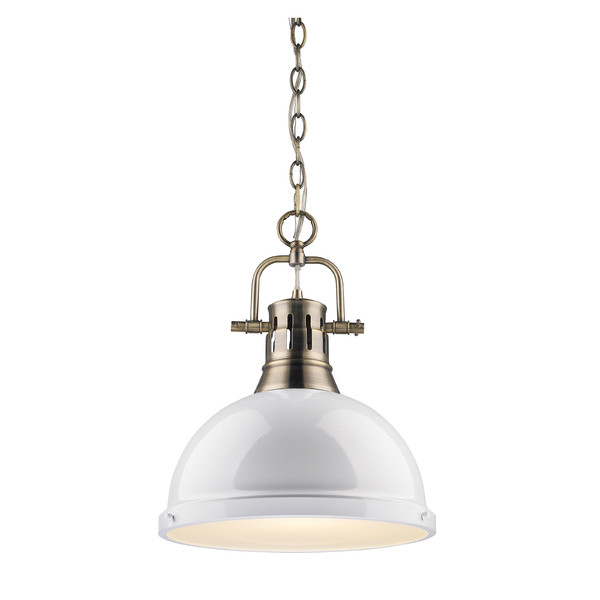 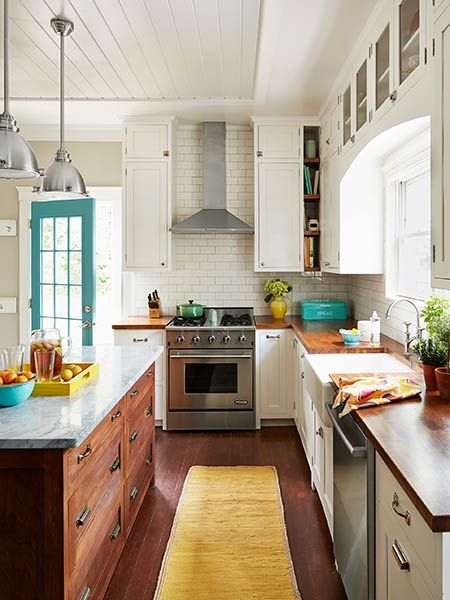 Again, this kitchen isn’t quite what we’re going for, but it has the same style lights in shiny chrome, and I do like the way they look over the stained island. I’m not entirely sure that the white of the ones I’m considering–even with the aged brass metal finish–won’t be a bit too sleek for what I’m shooting for. I know. Picky. But they’re fun just the same.

If I don’t go industrial, I’m tempted to go with something simpler that you can see through. Like this globe + brass option 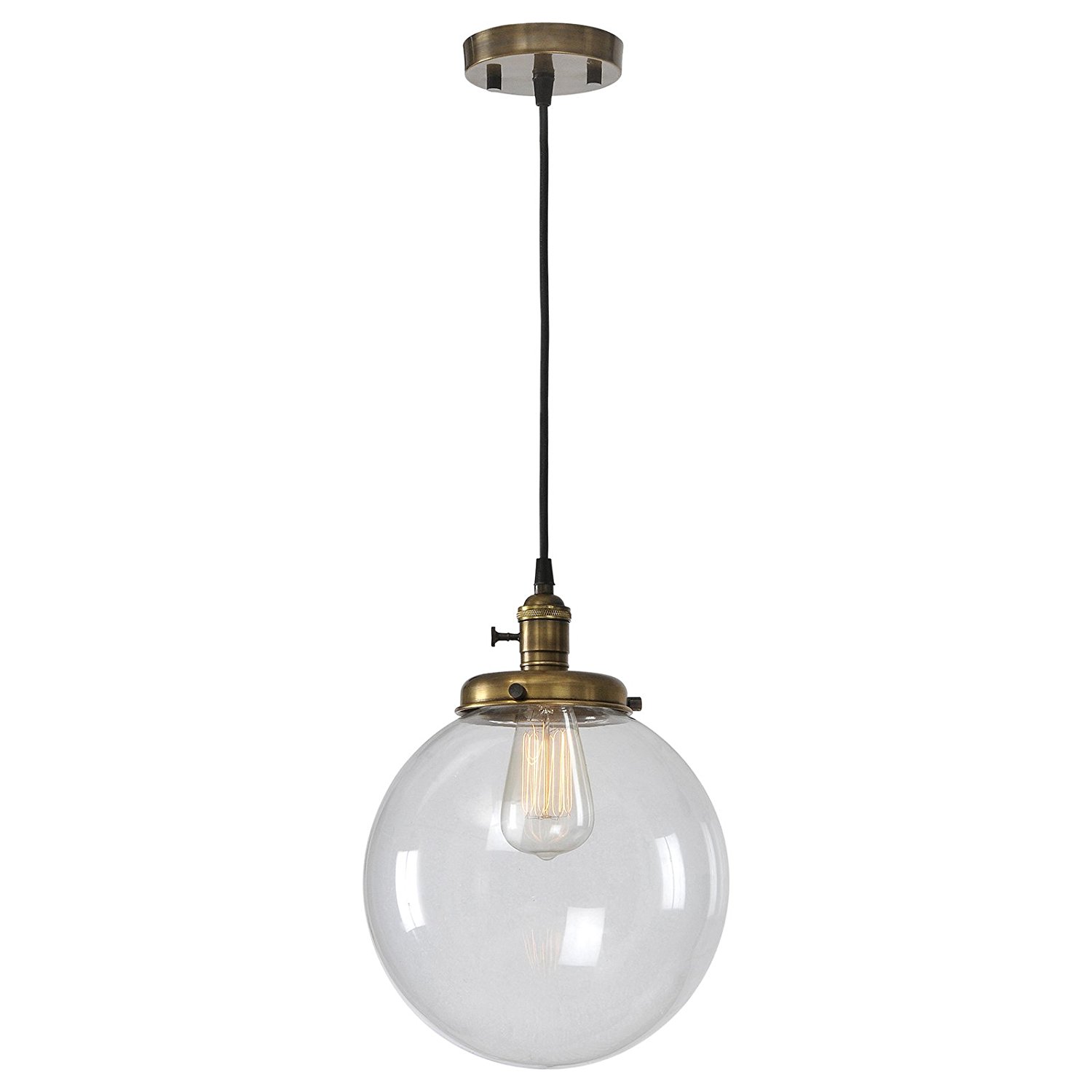 I love how globes pendants look in this Fixer Upper kitchen, which IS very similar to both the layout  and color scheme of our (future) kitchen. The option from above isn’t as big as these are, but with three of them, I think we’d still be okay. 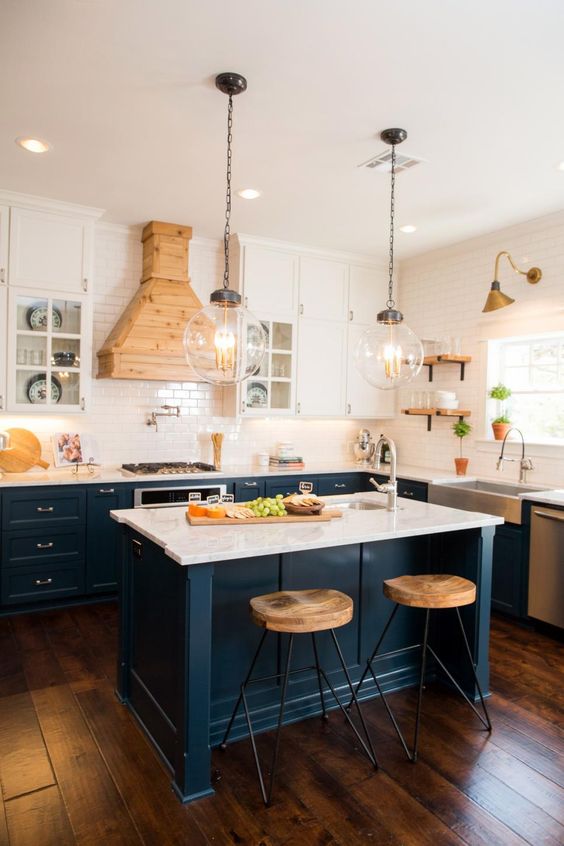 I guess the wild card would be this 3 light option 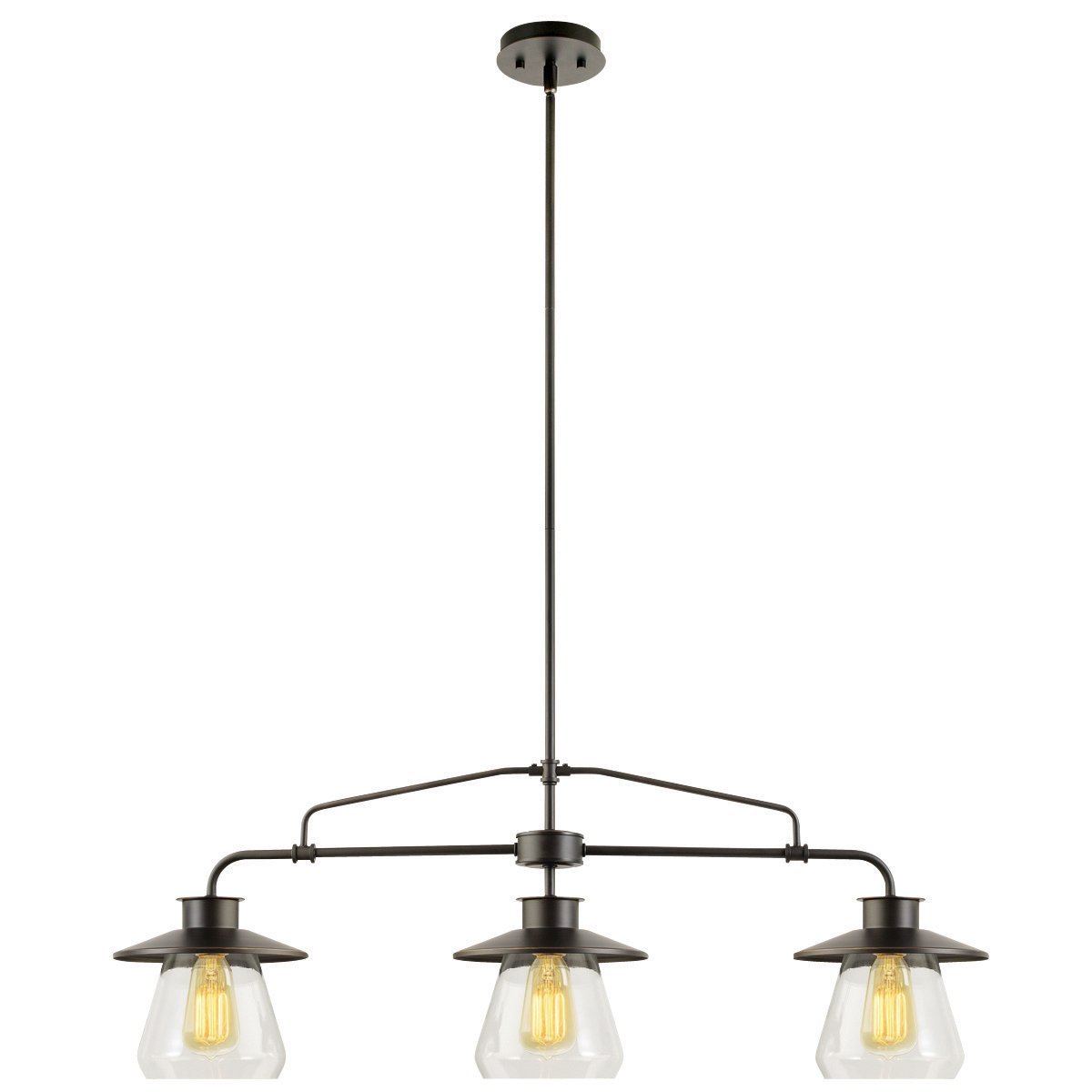 I guess I’ve made it pretty clear that I’m really into the aged brass look, so, if I went with these guys, I’d Rub ‘n Buff them for sure.

And by now, I think y’all know the drill.

Which one do YOU think I should go with?

Just as a point of reference, here are a few more of my favorite kitchens I’ve pinned that will have a similar feel to the look we’re going for. 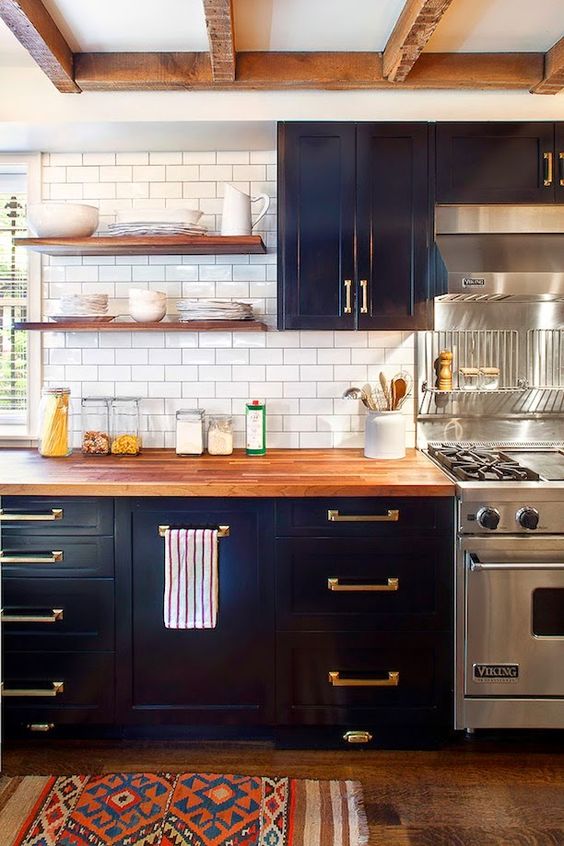 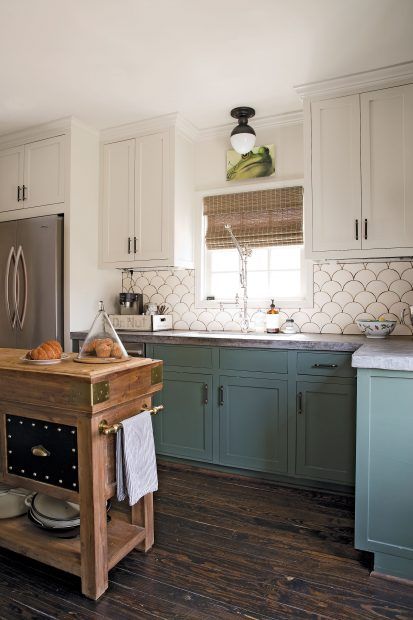 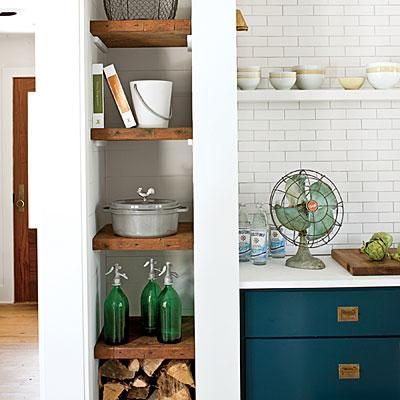 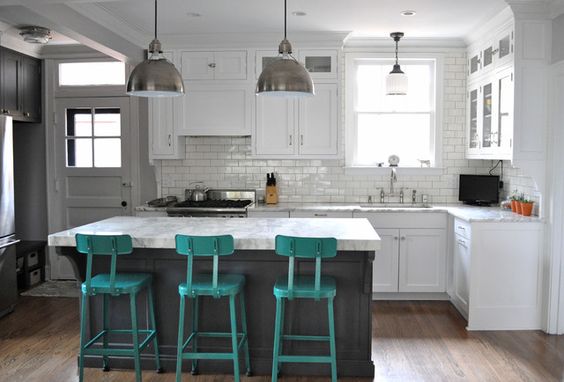 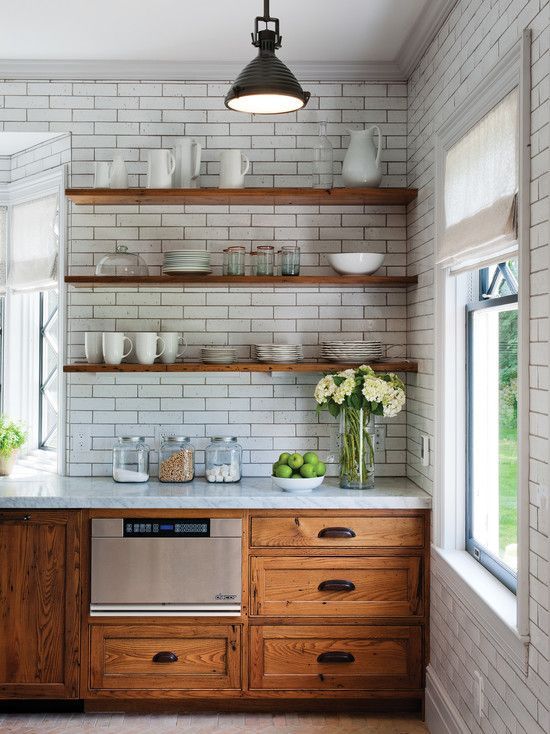 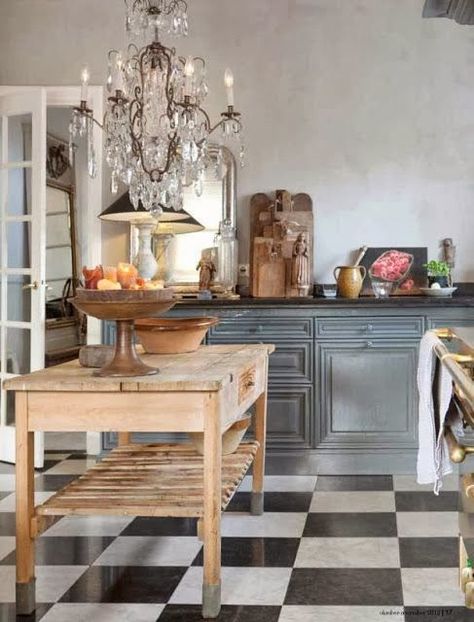 That last one is waaaaay more French country kitchen than I will actually go, but it’s still pretty darn gorgeous.

P.S. All image sources can be found on my “Farmhouse Kitchens” board on Pinterest.

So, what do you think? Any options I haven’t considered that I should? You know I’m always game!