So, I’ve had quite a few questions about Honor’s name: where did we come up with it? why did we choose it?

That sort of thing.

Which I totally understand because it’s not exactly a usual name.

Interestingly enough, as I mentioned in my teaser on my “name game” repost, I feel like it still fits with the rest of our names because a) it’s only two syllables (this is a completely unintentional “requirement,” but it has held true so far) and b) it’s old-fashioned–hailing from the 1800’s.

Another thing? It’s almost exclusively a girl’s name. As in, it’s not common, period. But anytime it does show up, it’s almost always associated with a female.

Which…seems strange to me, since the word Honor evokes a strong, masculine sense of purpose and integrity.

It’s a strong-sounding name to me. And to Shaun too, apparently, who surprised me again (just like he did with Ezra, Adelaide, and Magnolia) by preferring it over some of the more “normal” options we considered.

As far as where I first heard it?

Well, let’s just say that most of the original seeds for my children’s name inspirations are planted in less-than-highbrow soil.

Here are the origins of each of my children’s names:

Ezra: a fitness teacher friend mentioned a student named Ezra during class one day 12ish years ago, and I loved it immediately (clearly, I already knew about the Biblical book, but I’d never heard it used in conversation as a “real” name, and that made all the difference for me).

Simon: don’t remember. Shaun and I both just liked the name.

Adelaide–AKA “Della”: the name of the *dead and never pictured* mother of Emmeline Harris from Anne of Avonlea (the movie). I have literally loved the name since I first watched the movie a good 28 years ago.

Evangeline (which we pronounce–somewhat unusually–as: Eh-VAN-jeh-lin)–AKA “Evy”: the sister of one of my brother’s ex-girlfriends. It just appealed to me.

Magnolia–“Nola”: a dear friend mentioned a cousin’s friend’s sister’s baby (or something like that) with that name, and it majorly appealed to my Southern roots.

Theodore–AKA “Theo”: I spotted the name “Theo” in the rolling credits of an episode of Lost yeeears ago, and it just stuck in my mind.

Honor: the name of Logan’s sister in Gilmore Girls.

Clearly, I don’t tend to insist on their inception’s having great significance, but I will not name my child something if, after having researched its origin and meaning, it turns out to be something negative. (In case you’re wondering, my children’s names mean: “helper,” “he who hears/listens,” “noble,” “spreader of the gospel,” “a beautiful fragrant flower/tree,” “gift from God,” and “full of honor”…so we did all right in the end).

ANYhoo, not that you asked for that detailed of a rundown on all of my kids’ names when you asked about Honor’s, but I do know that I find the etymology of a person’s name fascinating, and others do too. 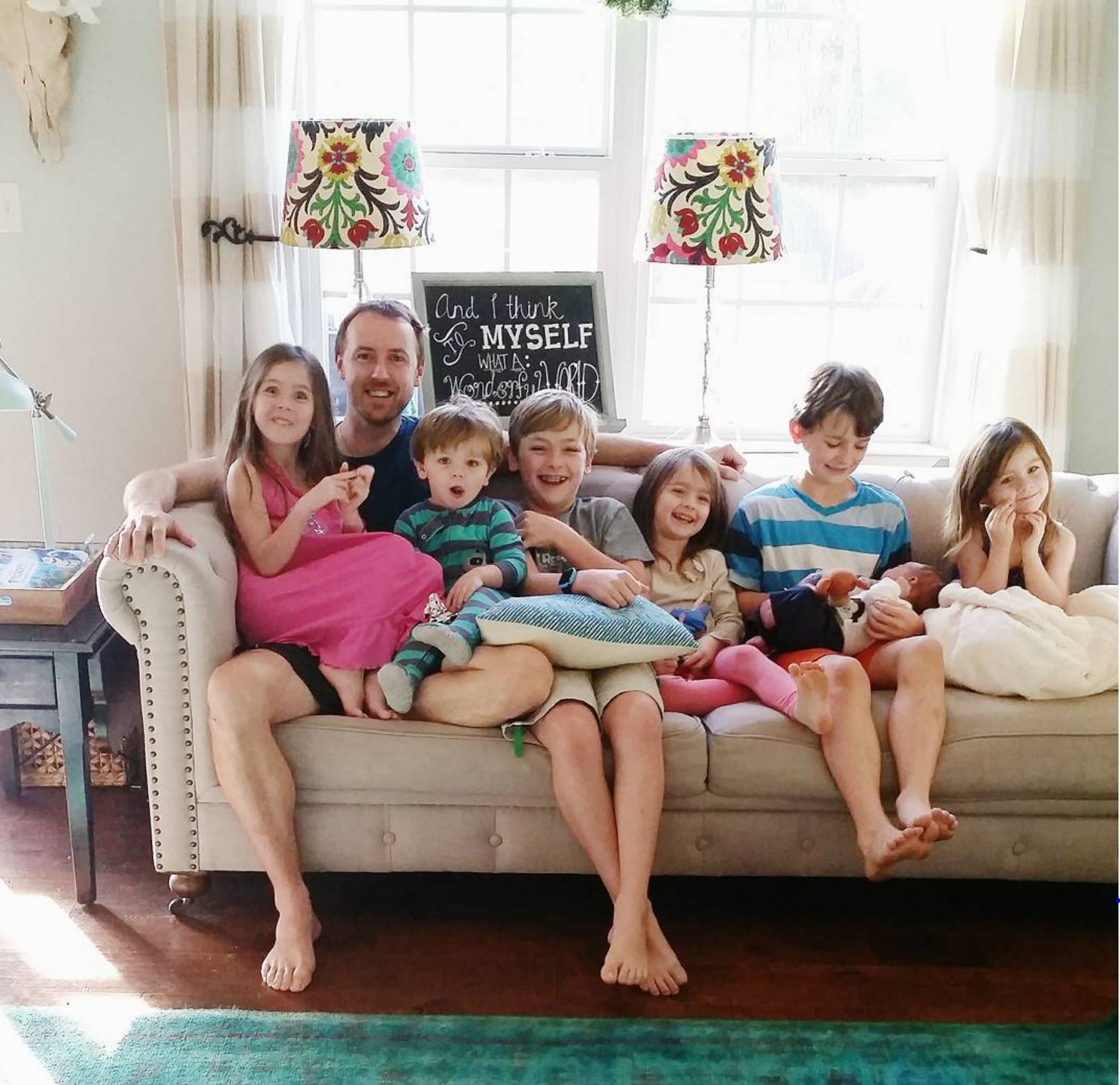 {All the names I love in one spot!}

So! For those of you who are still awake, here is the story (that I promised to tell) of Honor’s Otter.

Shaun’s Grandma (Great-Grandma to our kids, of course) has a weekly Saturday gathering that we usually can’t attend because she lives over an hour away, but we try to go as much as possible.

One day, in the 2nd trimester of this last pregnancy, Shaun took the rest of the kids to Great-Grandma’s, while I…I don’t honestly remember, but it must have been significant because I pretty much always go.

And while he was there, one of the aunts asked Shaun what the new baby’s name would be.

To which he replied, “Honor.”

Her: “Ooooooooooh! I thought you were saying OTTER!!”

When Shaun came home and related this exchange, I got so tickled that I decided on the spot to change his name to Otter.

But I did decide to commission Theresa to crochet Honor an Otter of his very own to commemorate his weird and wonderful name. 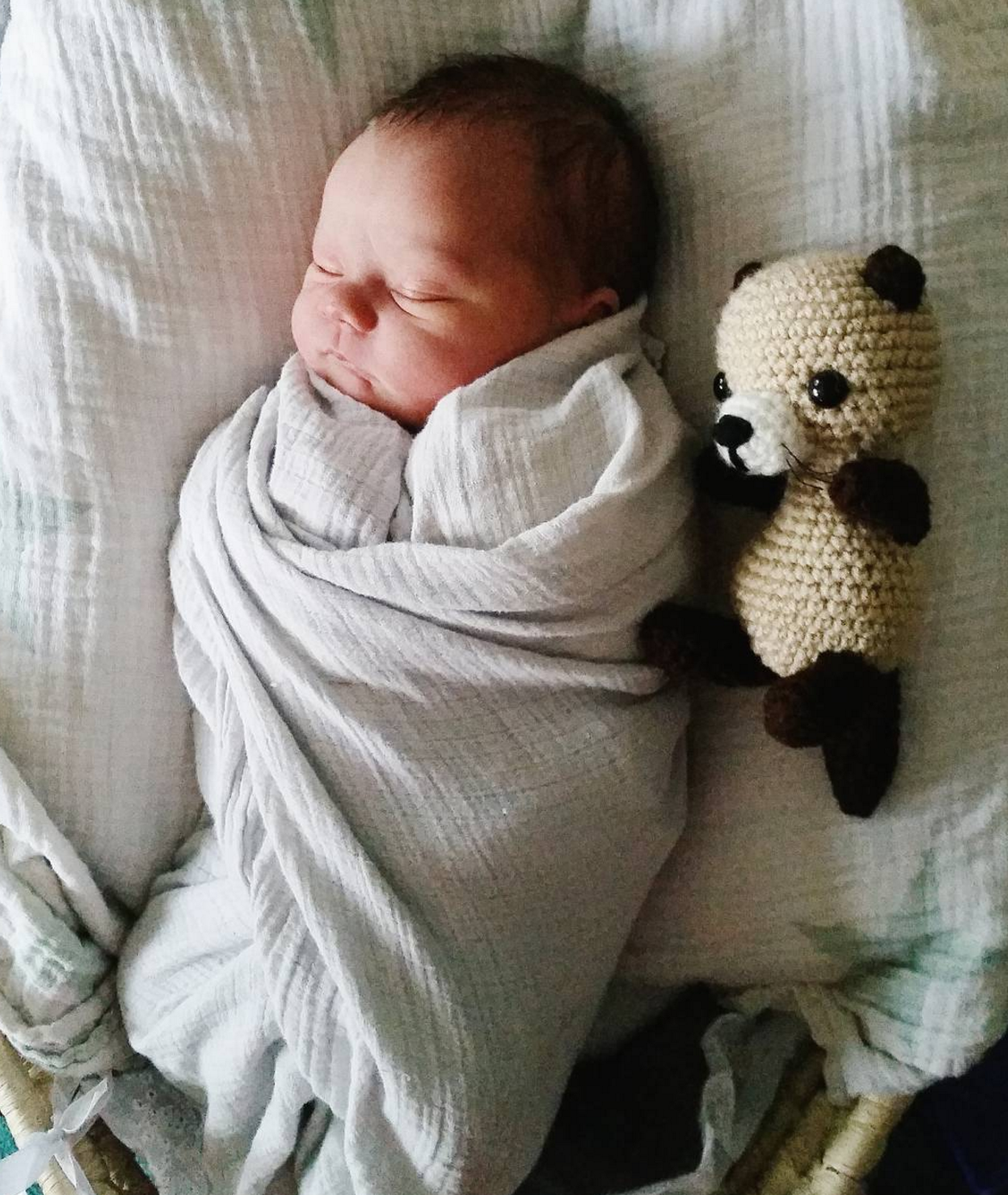 Who knows? He made need therapy after having to spell his name for every single last person who asks for 18 years.