I had such a good time reading all of your suggestions and thoughts on Chick Flicks with Brains last week (I even found out about a few new ones! Whoo!)  that I thought we might go another round, but this time with miniseries.

I kind of love miniseries. They have movie-quality production values with a much longer running length (usually), which makes them better done than a TV show and gives you more time to enjoy the story/get to know the characters than a feature film does. Score! 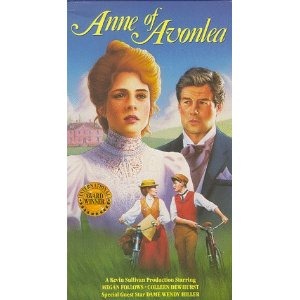 Yes, I know that this is the second installment in the series, but, while I love A of GG, for me, A of A edges it out by just a tiny smidge.

Dorky side note: I spent hours drawing Anne’s face/hair from this VHS cover art. Obsessed much? Yeah, a bit.

Awesome side note: I’ve been to Prince Edward Island and seen all of the original sites for the series. Honestly, as much as I loved the movies, the preserved sets and such were all a bit too shrinish and touristy for me. But the island itself is even more breathtaking in real life than it is on film. 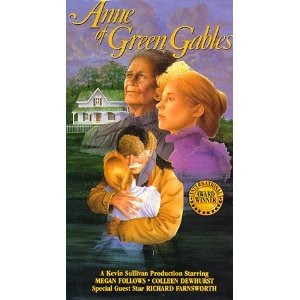 Obviously, I couldn’t adore A of A so much without loving its precursor as well. Last week, Kelli, my real-life friend and bloggy buddy, jokingly chided me for not including Anne-girl in my list of chick flicks I love.  But honestly, the only reason I didn’t was because Anne stars in a miniseries, not a movie. I know it’s a silly distinction, and no one most people wouldn’t think twice about my calling it a chick flick, but sometimes my brain gets all picky like that, and I can’t get it to stop saying things like, “Well, technically…”

So, yay, for correct categories and long-time favorites in them.

Confession: there’s a possibility that I’ve seen both A of GG and A of A at least 50 times each.

Oh, and here’s a challenge for all of you fellow Anne devotees. I named my daughter Adelaide after hearing the name on either A of GG or A of A. Can anyone tell me which character is named this and on which installment she appears?

3. Pride and Prejudice (the BBC/A&E version) 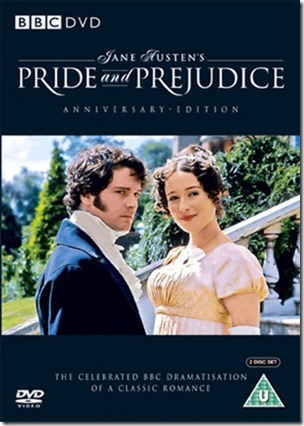 While I have no (okay, few) objections to the 2005 Kiera Knightly film version, I don’t think that you can properly claim to have *experienced* Pride and Prejudice until you’ve seen this amazing 1995 miniseries. I saw Contagion this past weekend with my hubby in which there is a scientist with a much-too-perfectly enunciated American accent…it took me a minute or two, but I finally figured out that it was Jennifer Ehle, who captures the many nuances of the fascinating Elizabeth Bennett character with such perfection that I will never be able to see her in another film without smiling and thinking, “Hi there, Lizzie.” 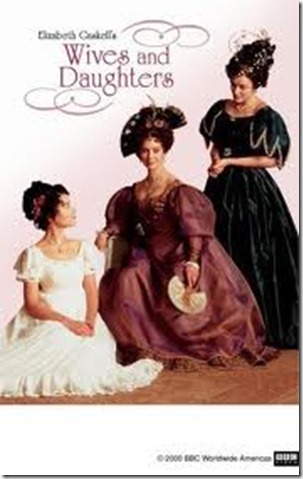 Adapted from the unfinished Elizabeth Gaskell novel (she died before she could write the ending) by Andrew Davies, the same screenwriter who adapted Pride and Prejudice (and helped to adapt the Bridget Jones series, oddly enough), Wives and Daughters centers around a sweet, level-headed, motherless protagonist named Molly who spends most of the film navigating the tricky waters of family tensions, secrets, and even a stepmother/sister combo. And she does it all with a grace and poise that I envy. 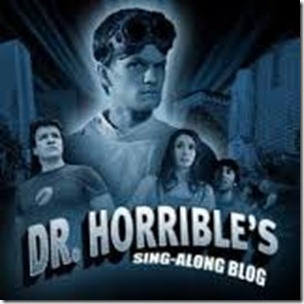 Whoa! Where did that come from? Here, I’ve spent the last 4 entries bragging on female-centric, old-fashioned, coming-of-age and/or love stories from centuries gone by, and then I whip out Dr. Horrible’s Sing-Along Blog?!

While this little series by Joss Whedon has its share of issues (including a 3rd Act whose tone veers wildly away from that of the first two and leaves enough loose ends lying around to tie up an elephant…can you tell I just went to the zoo?), the first two acts are undeniably brilliant.

It’s the story of a wannabe villain with a heart of gold who, no matter how much he thinks he wants to be part of the Evil League of Evil, would really be perfectly content with living happily ever after with the girl from the Laundromat.

Oh yeah. And the actual sing-along part? It’s good. And catchy. Like the kind of catchy you go around humming for days afterward. (I’m doing it right now).

Honestly, I only recommend the first two acts, which are all things clever, hilarious, and well-acted…oh, and almost entirely clean (I can think of one notable exception in the form of a really crude comment). The last act…eh, not as much.

Still, if you must watch it all, you can search for Dr. Horrible’s Sing-Along Blog on YouTube and find all three acts readily available for viewing.

Oh, and you can probably find plenty of petitions to sign that ask/demand that a 4th act be filmed ASAP!

Well, that’s it for me and miniseries (I have plenty of runners-up, but I want to hear what you have to say).

So, you know what I’m going to ask. What are your favorite miniseries of all time? (Wow, that sounds momentous!)

P.S. I am sad to announce that the results of yesterday’s poll on whether my top was red or orange (yes, we actually did vote on such a thing) were that 69% of you thought it was orange. Which is what my red-green color blind husband said. Thanks, guys. I thought you were supposed to be on my side.

P.P.S. In case you can’t tell from last week’s and this week’s post, I’m kind of a movie-junky. But did you know that I spent two whole years writing a weekly blog about them? Yup. Check out Picky Flicks if you want a few more of my recommendations (and to see…sort of…what I looked like with short hair : )).