Happy Monday, folks! Sorry, I’m a bit late greeting you all today, but I just got back from a weekend visiting family in San Antonio, and I wrote my post in the car on the 5 1/2 hour car ride back.

But my weekend ties in nicely with today’s Move-it Monday topic, which is all about taking a break and breather every now and then.

Although I’m usually all for sticking to a consistent exercise regimen and watching what I eat, there are certain times when I choose to take a vacation from exercising and eating right.

There’s a decent chance with everything I ate this weekend that I gained close to two full pounds (and please don’t roll your eyes and think, “Yeah right. I bet this chick thinks she’s indulging when she has half a donut.” You can just about name it, and I probably ate a good bit of it—including the yummiest, most melt-in-the-mouth filet mignon I’ve ever had—this weekend).

And while a couple of pounds aren’t a super-big deal, when you look at how many extra calories it takes to gain one, you can tell that I had me a yummy time.

I also didn’t exercise one single tiny bit. I had grand plans of getting up early and going for a run or even jumping in on a Body Combat class since the San Antonio area is where I trained for my certification, and I have several acquaintances from my training that teach down here.

I even made my bro-in-law pull out his barbell so I could do Body Pump when I discovered that I had some of the DVDs in my van (I did not bring those on purpose).

But in the end, we were having such a good time eating, laughing, relaxing, and just generally taking a much-needed deep breath that the only muscle that got any significant amount of exercise was my jaw.

We left on Friday afternoon right after I taught my Body Combat class, and we got back about 45 minutes before I left to teach another, which also ties in nicely to my second point: it’s all well and good to take a break, as long as you hop right back on the fitness train instead of thinking, “Gee, that sure was nice…I think I’ll spend the rest of the week on the couch eating potato chips and see how I feel about the elliptical next Monday.”

For me, the break is over, and I’m raring to sweat off the Starbucks chai tea latte, cake-pop, mini carrot cake cupcake, Coke Icee, and Panda Express that I’ve consumed today alone (I told you I had eaten some of everything).

So, how about a few shots from our trip? 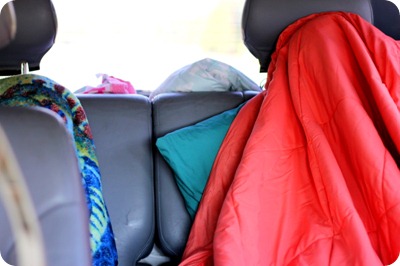 This is how our boys spent at least 2 hours of the trip down. I crawled back there at one point to check to make sure they could still breathe. They could. 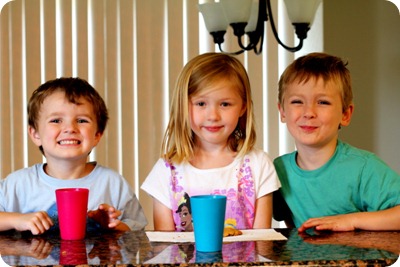 This little girl loves her Daddy! 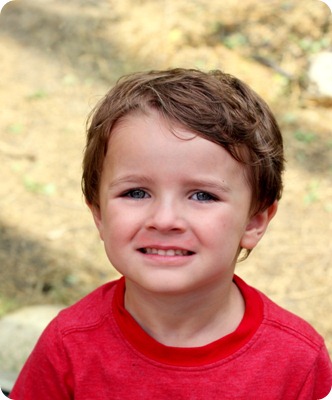 How Simon smiles for pictures, unless I tell him to do otherwise, in which case, I get…this: 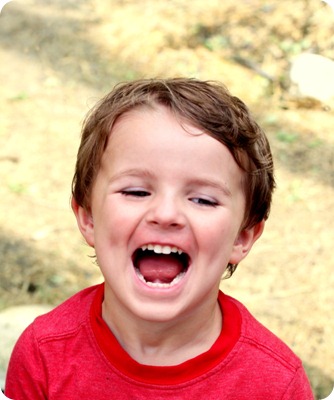 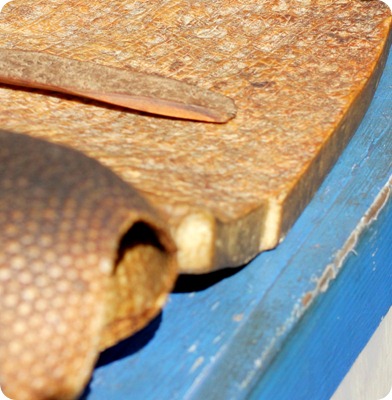 On Sunday, we took a trip to the San Antonio Zoo where they had a really cool informational “booth” about keratin. Believe it or not, that thick slab you see there is dried elephant skin. 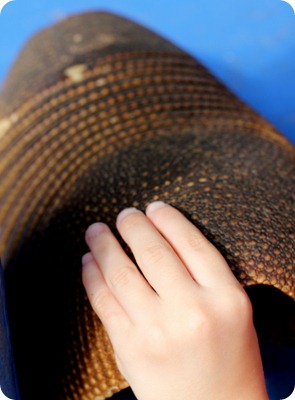 An armadillo shell. Not nearly as novel since we spend a good deal of our night-time driving trying not to run over these guys. 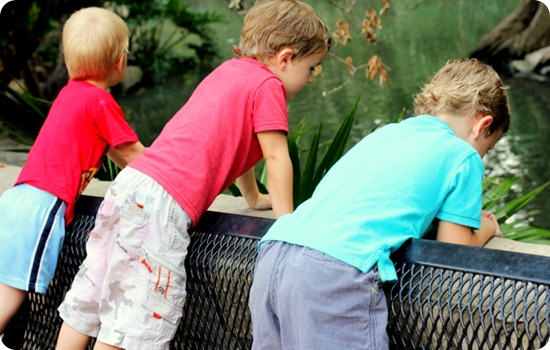 The boys with their cousin, Will. 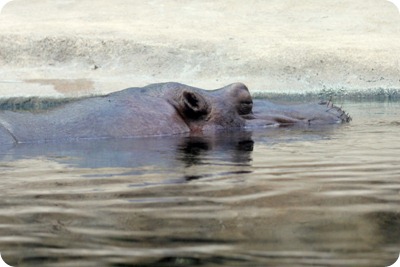 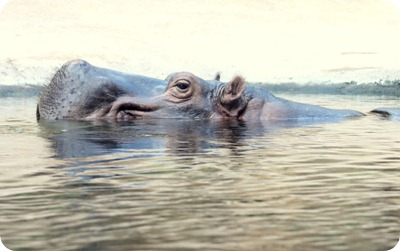 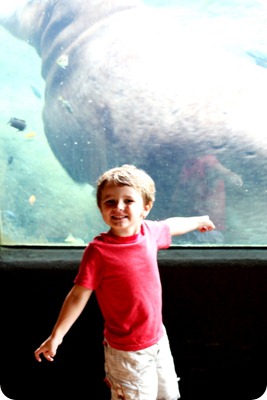 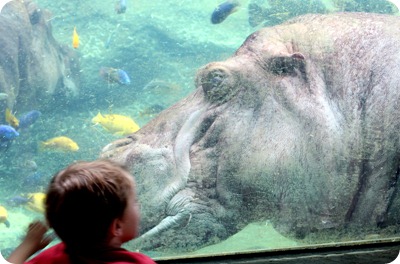 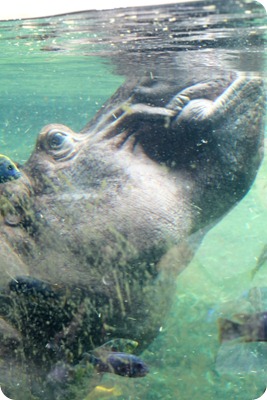 Can you tell both Simon and I were fascinated by the hippos? They were huge!!! 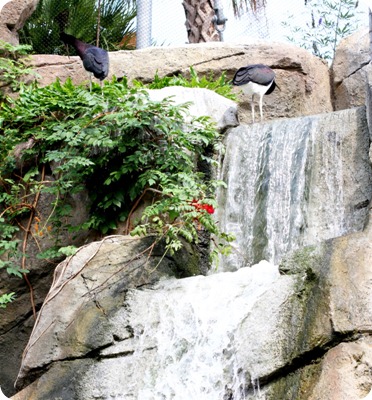 One of the few water features that was still flowing since most were turned off because of the drought. We did get a good bit of rain while we were there, though…the first significant amount in 9 months.

All of the kiddos were enthralled by the tiger, but Simon was just as into this tiny, unfortunate dragonfly that he managed to snag.

Elephants doing tricks and an okapi with the longest tongue I’ve ever seen. 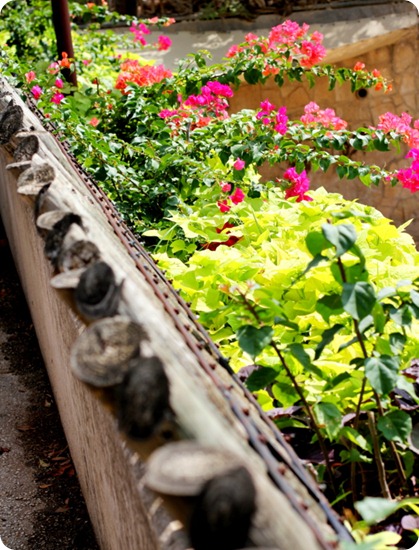 There were still plenty of pretty things to see, despite the drought. 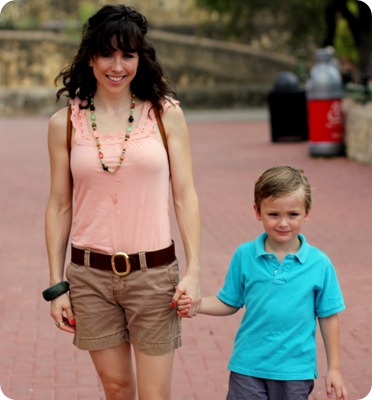 I love that my big boy still holds my hand. (Pardon the squint. It was reeeaally bright out). 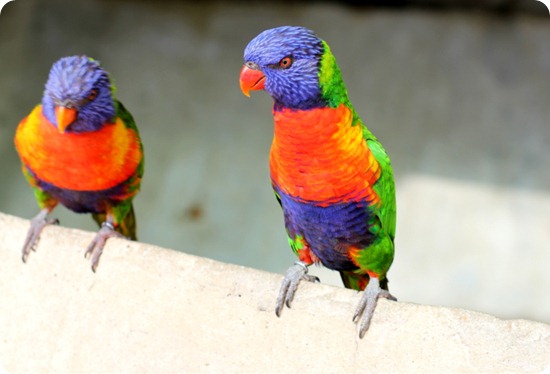 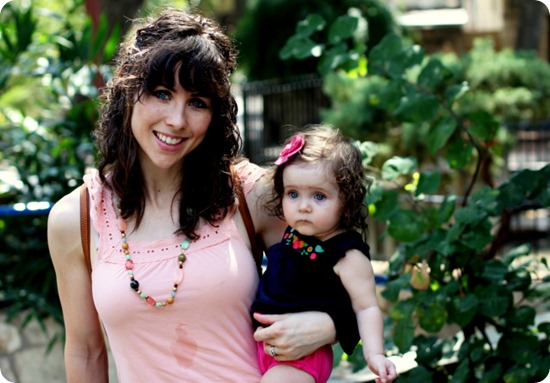 The humidity had to have been 115%. Check out Della’s and my matching frizz-dos. She was positively wilting. 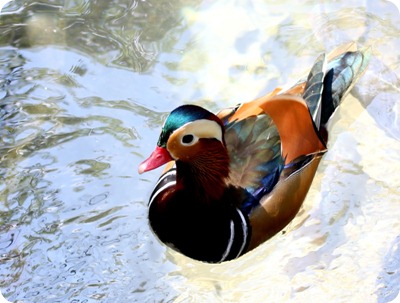 I dubbed this little guy “The Ralph Lauren Duck.” Wouldn’t he look perfect in a traditional living room with tartan throws and equestrian/hunting accents? ‘Course, he’d probably be stuffed, so I’m guessing he’d take a pass on my idea.

Posing into front of a cool gate near the River Walk.  We traded date nights with Shaun’s bro and sis-in-law, and this was our night. It was still B.R.I.G.H.T.

My lovely attempt at a close-up of the starched linen flower I made to go with my new Target dress (in the bathroom mirror after the movie no less). Tutorial coming soon.

I’ve got a fun “Try-it Tuesday,” for you tomorrow that’s a little different than usual and continues with some more of the weekend’s bounty.

Hope your Monday was fab!