I must say that I get way too much enjoyment out of this little game. It’s like watching y’all think out loud on a computer screen, which, it turns out, is seriously entertaining!

Way to overthink it, Rebecca! (Totally something I would do). This comment made me smile.

Though, honestly, several of you accused me of trying to trick you. You guys apparently think I’m one smooth operator, but let me assure you that I have a hard enough time putting together two separate but similar outfits that fit the criteria of 100% secondhand and 100% retail to worry about pulling a switcheroo on you guys.

So, did the majority prevail again? 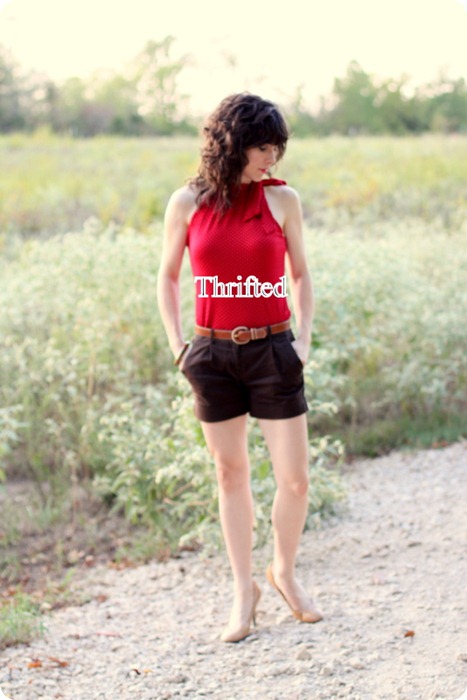 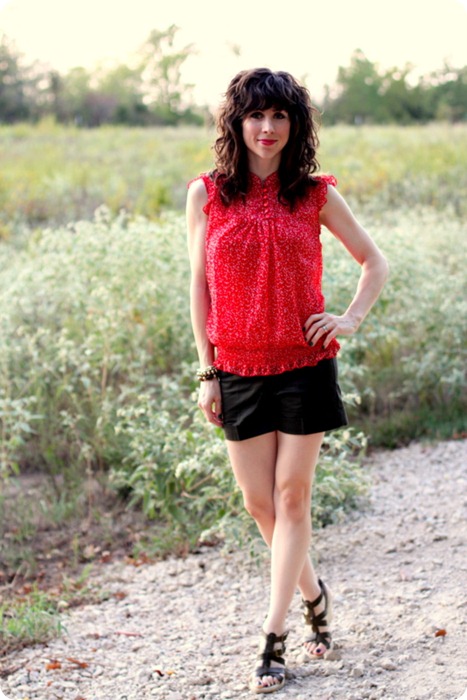 So, that means that the majority’s record is 2-2. But y’all have nailed the last two, so we’ll have to see who gets the upper-hand next time. Now, I feel all kinds of pressure to actually get sneaky and try to best you. But I promise that’s never been my goal to begin with. And the best part is that some of you chose B because you thought it was cuter and therefore must have been thrifted. Now, that’s my kind of reasoning!

So, who gets the 5 free giveaway entries?

I chose Amanda who said: “I’m going with exhibit A. I must be getting good at this because this was the FIRST time I voted in the majority. Of course, that doesn’t mean that the majority is right, but hey – I’m feeling better about my not-so-amazing fashion sense.
I went with A because of the shoes. Quite honestly they look like shoes that I would have bought at GW back in the ol’ dress up like a princess days. Don’t worry – that was twenty years ago. But since flesh colored high heels are so prevalent at GW (do they breed there or something?) I had to go with A.”

She hated on my “flesh colored high heels” (I don’t know if I’ll ever be able to wear them again after that description + the breeding reference) and made me laugh all at once. Gotta give the girl props (and free giveaway entries : )).

Leave me a comment, Amanda, letting me know which giveaway you prefer the entries to go toward, and I’ll hook you up, girl!

Coming soon: the continuation of our movie discussion on Five Things Thursday.