If it’s popular, and I happen to like it, I (usually) won’t completely avoid just because it’s popular (although, sometimes, my inner rebel absolutely refuses to comply; I still haven’t seen any of the Twilight movies or read the books). But, for the most part, I choose to wear, decorate, watch, read, or obsess over something because, well, I like it.

And if a trend is expensive, then that makes it all-the-easier for me to ignore.

Everybody has it, and it costs big bucks? I’m out.

Which is why the fact that I pretty much adore Schumacher’s Chiang Mai Dragon fabric is a bit of a head-scratcher to even me.

If you don’t know what I’m talking about, then you’ve probably never read a home décor blog, since Chiang Mai has been huge among “shelter bloggers” for years now.  Probably the longest running trend I’ve ever seen (although the chevron fixation has been going strong for a while now as well).

So, what’s so great about this fabric? 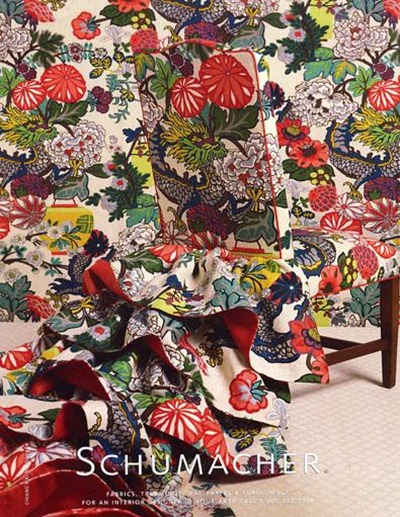 My decorating style has been described as everything from eclectic to bohemian to quirky, etc., etc., but it’s also a touch traditional.

Meaning, I’m never going to have all white walls festooned with Andy Warhols, and I gravitate towards vintage looks rather than anything with a modern aesthetic.

And Chiang Mai just embodies everything I love about fabric: color, pattern, and the ability both of those have to enliven an otherwise lackluster space.

A yard of this stuff can run you anywhere from $70 (on the low side) to $300 (on the crazy-high, you-must-be-desperate-to-get-your-hands-on-it side).

And the last time I paid $70 for a yard of anything was…yup, you guessed it…NEVER.

And still I troll Pinterest and Ebay and Etsy and Craigslist (foolhardy, I know) in vain hope of scoring even one measly yard for less than $50.

So, in the meantime I thought I’d tantalize console myself with 5 spaces that use Chiang Mai Dragon in ways that make my heart beat just a little faster:

{Like anybody would actually let their child anywhere near a chair that cost $1,000 to recover}

{Not a huge fan of the chair that pillow’s in, but I’m pretty much in LOVE the with the way the pattern/colors interact with that fantastic peacock blue dresser and Greek key mirror} 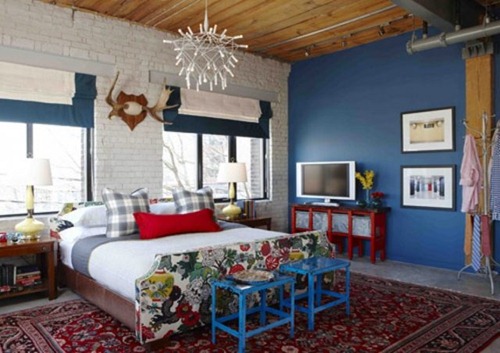 {There are several aspects of this room that don’t do anything for me: that wall color, the rug, and those chunky plaid pillows, for three. But the upholstered head and footboard? Fantastic}

{Sure, those lamps now officially cost at least $100 each because of the fabric alone, but it sure does lend a nice punch to all the white} 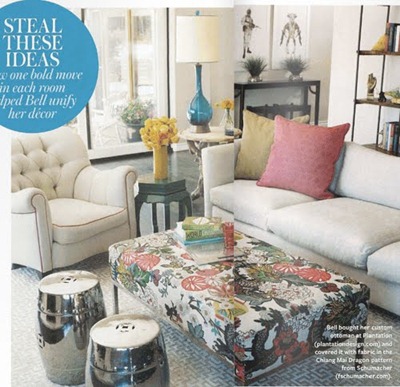 {This one’s by far my fave because I have a major thing for patterned ottomans; interestingly enough, this shot is from the living room of actress, Kristen Bell}. 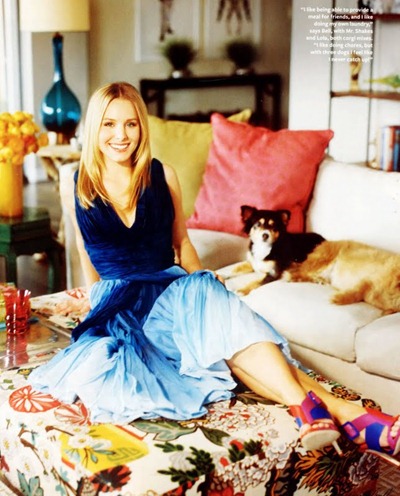 The thing is, even though Chiang Mai comes in various colorways (the snooty, decorate-y term for “color schemes”), the only one I’m the least bit interested in is the one I’ve shown you:

All the others are too muddy, over-the-top, or grannyish for me. 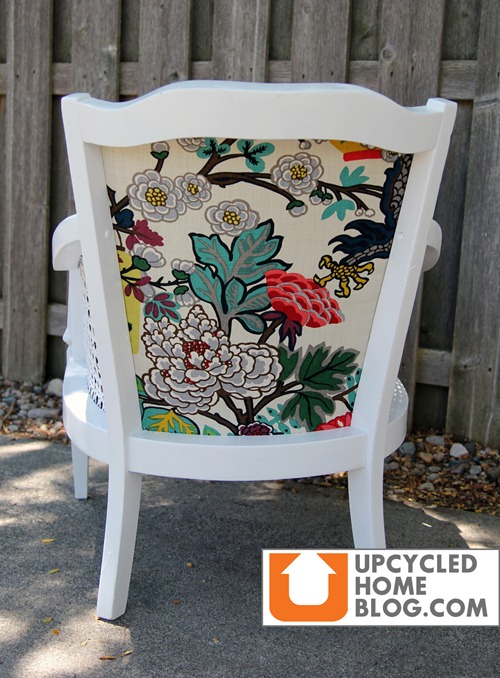 I even have these exact same chairs that I was planning on using it on.

Anybody got any hot tips on a deal?

So…what about you guys?

Any home décor crushes you can’t seem to get over, no matter how unpractical?

Or so she says