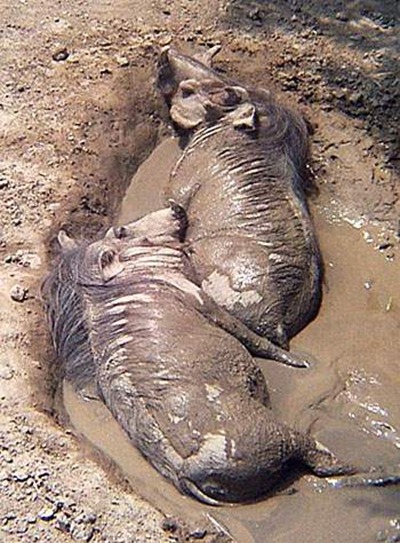 {That’s me there on the left}

Okay, so no, I’m not actually rolling around in a mud-pit (although, my hair doesn’t look much better than Miss Piggy’s there at the moment).

But I am not posting the cute/funny blog I had all planned out for you, with just a few small tweaks to make before I hit publish.

Because the honest-to-goodness truth is that, this morning, I feel like “tweaking” about as much as I feel like pairing all the mismatched socks in my laundry basket (if you only knew the deep and abiding hatred I have for mismatched socks, you would understand how very anti-tweaking I am today).

I get a fair number of comments and emails from people telling me they’re impressed by how positive I stay here on the blog.

I don’t say that to brag. In fact, I’m always a little surprised that that seems to be the number one thing people notice about my blog.

Thing is, I feel a little undeserving in that category.

It’s not that I’m such a Negative Nellie in “real life” or anything, but my natural tendency is not to bee-bop along noticing how blue the sky is or to marvel at the incredible kindness we humans are capable of.

No, my natural bent is towards noticing people’s faults (including my own), and I often have to fight my rather practical nature to not always put things in the most realistic, it-is-what-it-is terms possible.

I do make a conscience effort to be cheerful here—while keeping it as real as possible—since I don’t write this blog in order to vent.

But in the interest of keeping it very real, instead of my cutesy, fun post, I am doing something very NON fun{ny} and letting it all hang out with 5 things that are really going on with me right now:

I fed babies from 9pm-1am last night. And they still didn’t want to go to sleep. I was literally irritated with God every time I prayed they would just stay quiet, already, and they started crying again. Darn growth spurts!

I have poison ivy. It’s fantastically awesome and hurts like the Dickens.

The mastitis is trying to rear its ugly head again.

I stupidly swallowed vitamins without enough water, and they scraped my esophagus going down so that now, every time I eat, it feels like I’m swallowing nails. (And I really like/need to eat).

I have a crick in my neck and a sore lower back from when we got rear-ended yesterday…at least that’s what I’m blaming them on since I have no other explanation for their sudden appearance…even though it was more like a forceful bump rather than a true rear-ending.

How’s that for cheerful?

Honestly, I feel an almost compulsive need to follow that stark, whiny list up with 5 good things as proof that I have no reason to complain (because I really don’t; and I know it).

Or maybe I should post pictures of rainbows and butterflies to lessen the negative impact of what is essentially a post that says, “I don’t feel well. Woe is me.”

But the truth is that I’m not always positive. Life’s little setbacks really get to me sometimes. Just ask my husband whose patience I have sorely tested during the last rather difficult month or so of transitioning to life with twins while recovering from birthing twins.

{Case in point: I just about bit his head off because his fingers were cold when he was nice enough to put Calamine lotion on my back}.

I get grouchy for no good reason, snap at my children, unload on my husband, think unkind thoughts about the poor, unsuspecting driver ahead of me who didn’t jump on that green light as fast as I thought he should.

In short, sometimes, I not only succumb to negativity, but I wallow in it, and when I do, it’s about as pretty as those pigs in the picture above.

So…am I going to pretend that I’m happy about the lack of sleep and various physical annoyances?

Because I’m not. One single bit.

But am I going to say that it’s okay to wallow? To allow the not-so-fun stuff to steal my joy?

Because it’s not. Ever.

(Notice I didn’t say it wasn’t okay to feel bad).

It doesn’t mean I don’t do it on a regular basis…especially when I’m sick or down-feeling.

But, while I can’t magically make the aching poison ivy rash go away, I can, by God’s grace, control how I respond to my husband’s trying to help.

And while I may not get as much of a nap as I want today, I can still remind myself that my 6-year-old is, well, 6, and not just ask him to please stop talking when he says something I find unnecessary or frustrating at that particular moment.

So, this is my pledge to you today that I will not wallow for the next 12 hours (at which point, I really hope I’m in bed with sleeping babies in their bed).

You are my witnesses. I’m getting out of the mud right this minute.

Here’s hoping I come out looking this good: 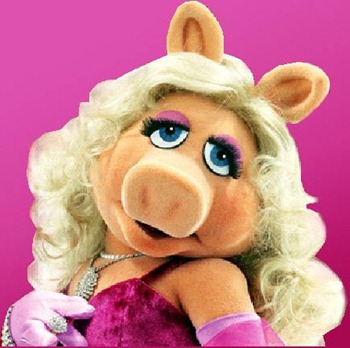 1 thought on “5 Things Thursday: On wallowing”