In other words, I was a very bad blogger.

Truthfully, it wasn’t even a planned break, but I have to admit that, as much as I love “talking” to you guys every day, it was kind of nice to live life without documenting it for a few days.

Still, in the interest of earning back my blogger cred, here’s a quick round-up of what we got up to last week: 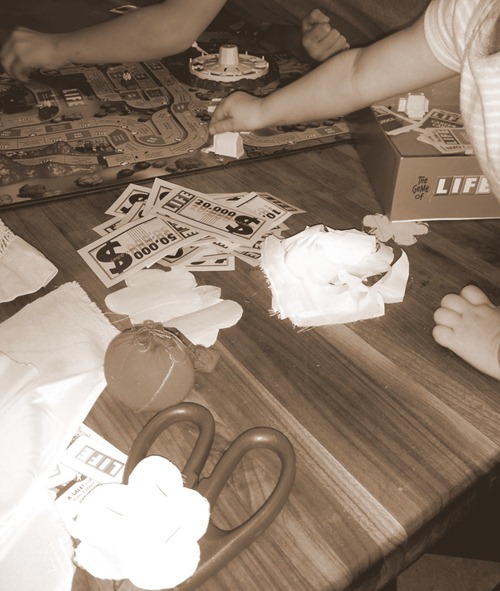 I did a little crafting *while* playing the game of Life with the oldest 2 (although, Della did her best to make a mess of everything get in on the action). 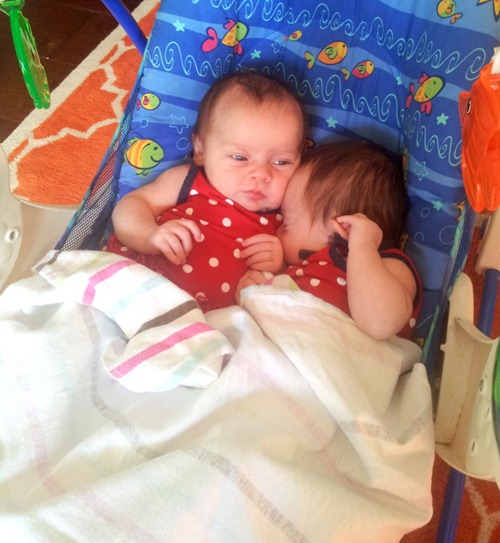 The twins did a little snuggling… 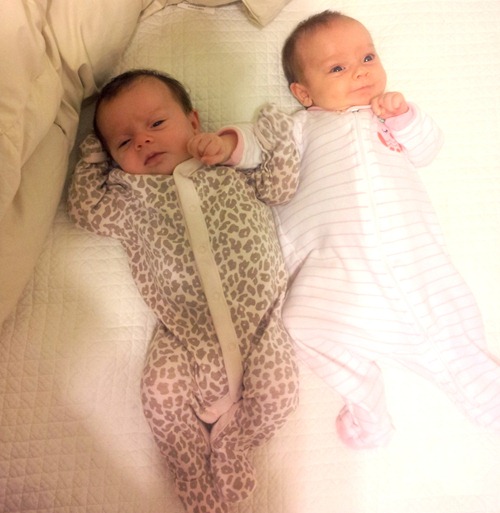 …before engaging in a round of fisticuffs (I love the expression on Nola’s face as her fist crashes into her sister’s jaw). 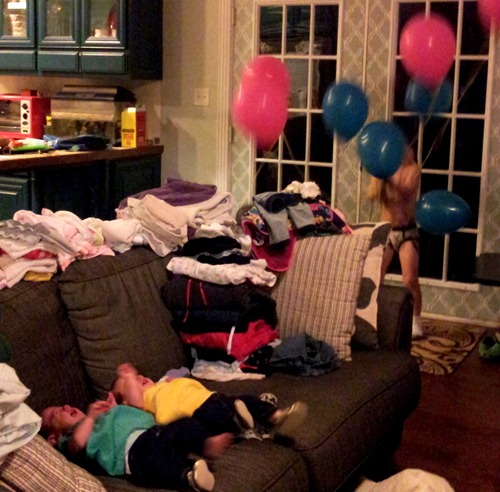 Balloons and laundry and screaming twins…OH MY!

{This was from the day we had our family photo shoot, which did not go as planned at all; yup, it looks about right} 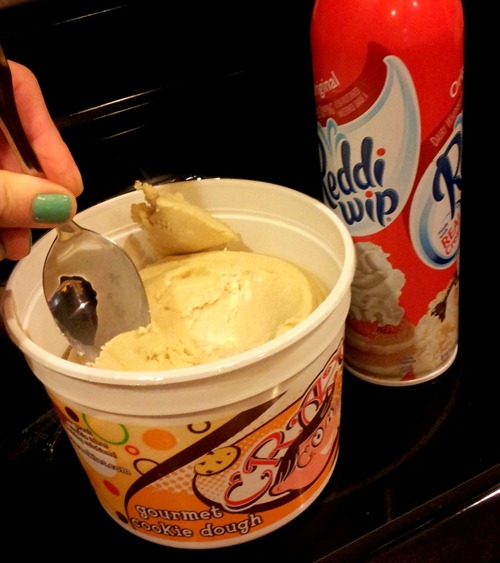 This is what I ate as consolation for the failed family photos. 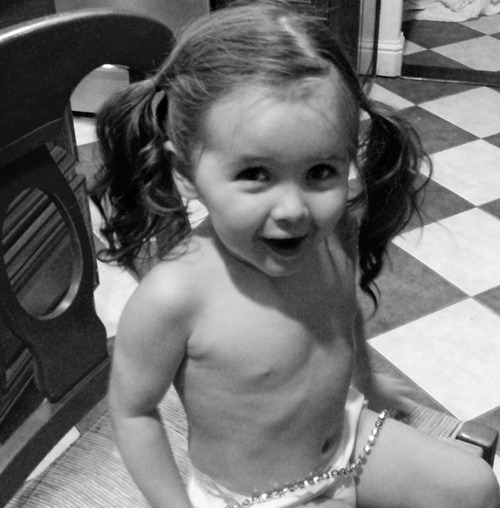 Della gave her stamp of a approval to her first real set of “puppy-dog ears” (Ezra tried to correct me by calling them “piggie ears”). I can’t believe she’s still not quite two-years-old. Such a fun little personality and so. much. hair!!! 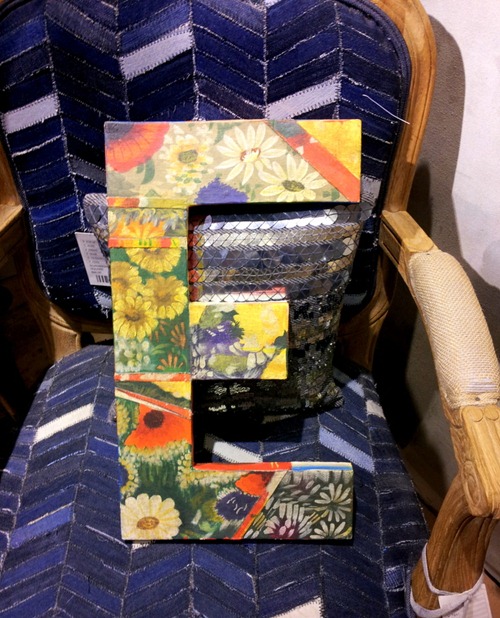 We took a trip to Dallas with the twins, and I ducked into Anthro quickly to check out all the cool stuff that I had no intention of paying the big bucks for. We ate really well while we were there. I especially loved this fantastic cashew chicken from Thai Star, the number one rated Thai food restaurant in the state.

In other news, the twins were a bit hit and miss last weekend. They started smiling (on the same day, at the same time, no less), which was pretty stinkin’ great. And we managed to watch a matinee of Skyfall (the new James Bond…I really liked it!) with both girls with us, and they hardly made a peep.

But at night, they were terrible. Since they’d slept most of the day while we shopped and drove around the city, they woke up in the evening cranky and disoriented, and they absolutely refused to stay asleep for longer than 45 minutes.

The main problem was that I couldn’t let them fuss at all for fear of bothering our neighbors. Joy.

Fortunately, either as an apology or as an emphatic declaration of, “Yes! THIS is where we like to sleep!” both twins have gone to bed peacefully and slept through the night for the past two nights.

Which brings us to today, which is full of homeschooling, a little experiment I’ll hopefully be sharing with y’all soon, and BODYCOMBAT launch.

Which means I’d better get moving!

What have y’all been up to?

I’d love to catch up with you!

11 thoughts on “Move-it Monday: Catching up”