Today’s title might be a bit confusing, since, unless you’ve been paying very close attention on Instagram (where I’ve posted a couple of little hints about our patio project), it’s very unlikely that you knew we were up to anything, much less that we’d made any headway.

But headway we have made, my friends, thanks to ridiculous amounts of hard work, sweat, and geometry from this man: 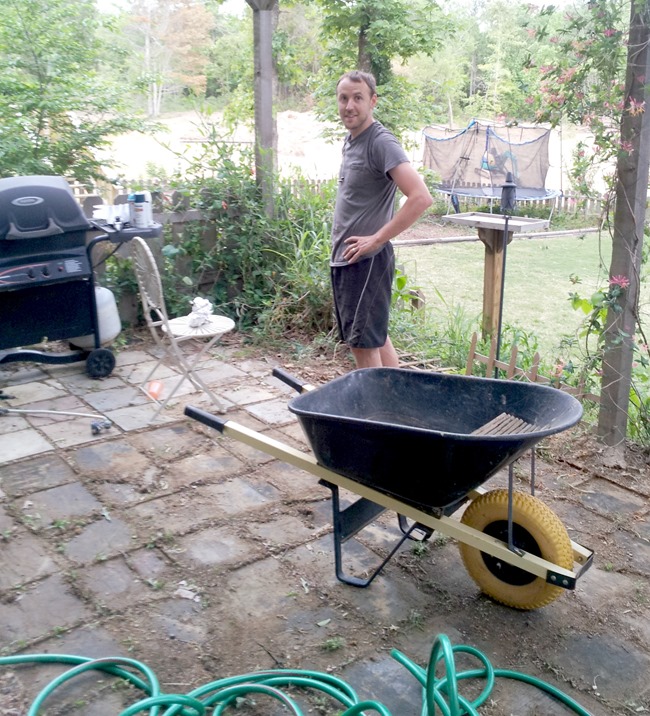 This also works well as a “before” shot of our former back patio. If you’re a regular reader, you’ve seen it many, many times in Wardrobe Wednesday shots or other random backyard shenanigans. I would say that there was really nothing wrong with it…but there was. Several things, actually.

1) It was too small. I would have loved to have had the option for all of us to lounge around and enjoy the breeze from the patio. But, as this picture clearly illustrates, a small fire pit and a chair or two were really all it could accommodate, without our children falling into said fire pit, that is. 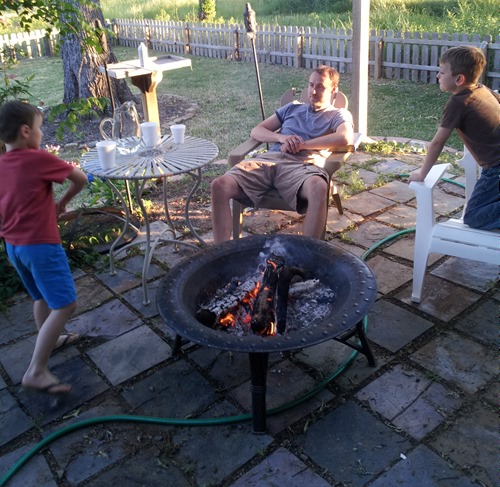 2) It was too green. There were flowerbeds that sloped down to the yard from the edge of the patio. But, due to my impressive black thumb (and extreme aversion to weeding more than once every three months), the amount of flowers in them at any given point was negligible. The quantity of weeds, however? EPIC. Getting better at gardening (or, at the very least, learning how to choose/like low-maintenance plants) is kind of a perpetual “better me” resolution.

3) It was too brown. And, yes, I know I sound schizo, but the one place we wanted more green was the one place it wouldn’t grow. At least in the form we wanted it. Ideally, the spaces between the slate tile we laid would have looked something like this: 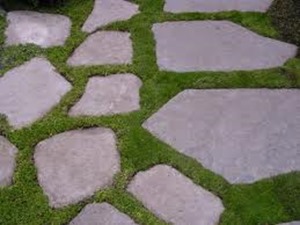 But instead, there was dirt and—yup, you guessed it—more weeds.

We discussed various options to improve its sad state without any drastic alterations. But in the end, none of them really fixed all of the problems. And since “drastic” is kind of our middle name, we did what anyone obsessed enough with DIY to actually build an entire house from scratch would do: we tore the whole thing up and completely redesigned and expanded it.

And by we, I mean HE (with some weekend help from his super-nice dad). I honestly did nothing to help with this project, other than choosing the stone and consulting on the layout of everything (which, I think we can all acknowledge, is just as hard as slaving 13 hour days in the sweltering heat; ahem).

ANYHOO, just in case you don’t remember what the backyard-looking-back-at-the-house shot looked like, here it is:

It’s pretty, right? What the lovely pergola that Shaun built and the picket fence (that Shaun built) and everything blooming in a wild profusion of color that, if you don’t look too closely to see that it’s actually mostly weeds, looks like an English garden of delight. I have absolutely zero beef with how this looks (from afar, anyway). But it was severely lacking in user-friendliness.

Which is why it’s so thrilling that now it looks like this: 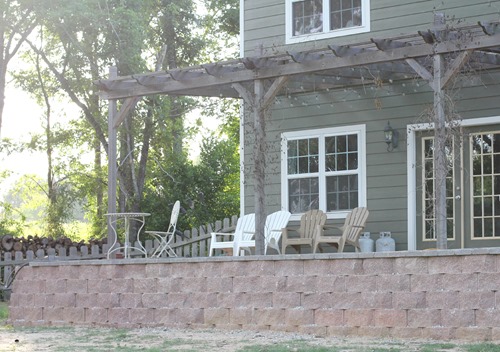 The weeds are gone. The patio is deeper. Granted, it’s a little austere-looking at the moment. But the aesthetics will come.

Besides,I haven’t even shown you the best part. Check this out! 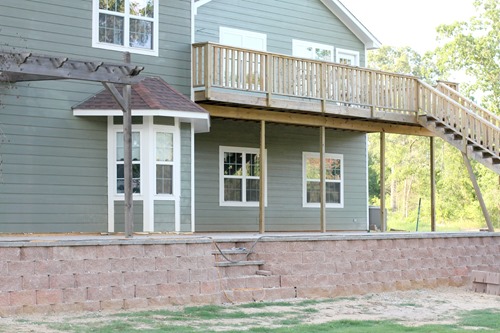 Well, I can think of all kinds of uses for it now—things like patio barbecues, dinner parties, and—fingers crossed—maybe even twilight dances under twinkle lights. Sigh.

Other than the new open, clean look, my favorite part is definitely the pavers we chose. 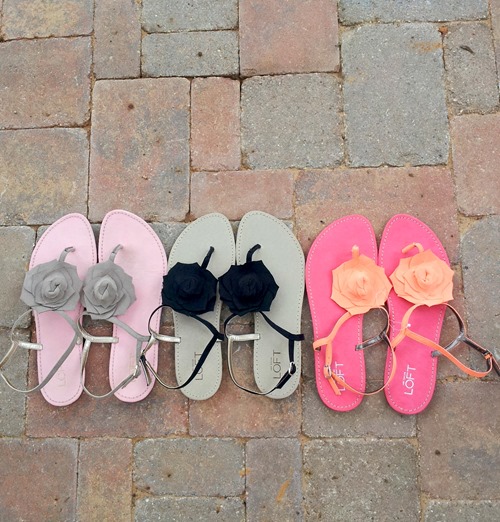 You can see them pretty well here in last week’s shoe shot.

It’s called Dublin Cobble by Belgard, and I really love the rustic, old world feel it has. We chose two different shades to mix together—a reddish-brown and a warm gray—and I couldn’t be happier with how they play against each other and pick up on the green of our house color.

So…there you have it. A Move-it Monday update that required very little moving on my part but a whooooooooole lot (did you SEE how big those retaining wall blocks were? He laid all of them!) from this sweet guy: 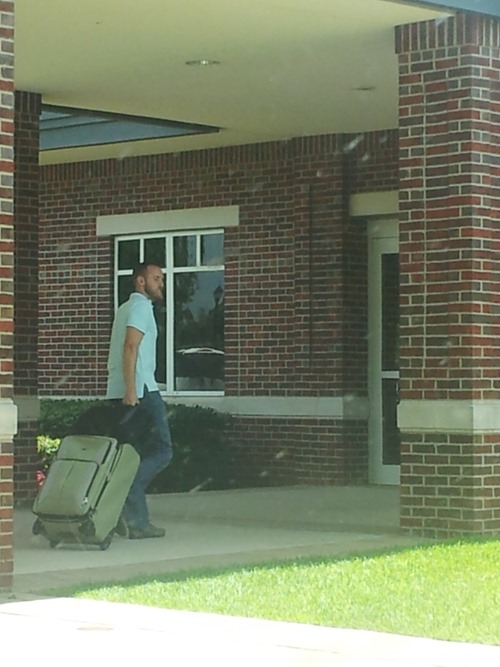 Unfortunately, this was our view from the van after we dropped Shaun off at the airport yesterday after church. So, we are flying solo this week. We were all sad to see him go, but we’re determined to stay busy and check a few things off our Summer Bucket List to distract ourselves from our no-Daddy-blues.

I guess we’d better get a move on!