Not that you wanted to see it anyway, but I will not be showing you what I wore to Schlitterbahn last week. I will say, though, that, after buying no fewer than 4 different swimsuits (and keeping the receipts, of course), I ended up wearing an old suit. Because swimsuit shopping is the pits, and sometimes, it’s better to just stick with what you know.

So, this week is about everything I didn’t wear to a water park. Hooray for that!.

What I Wore For the Car Ride 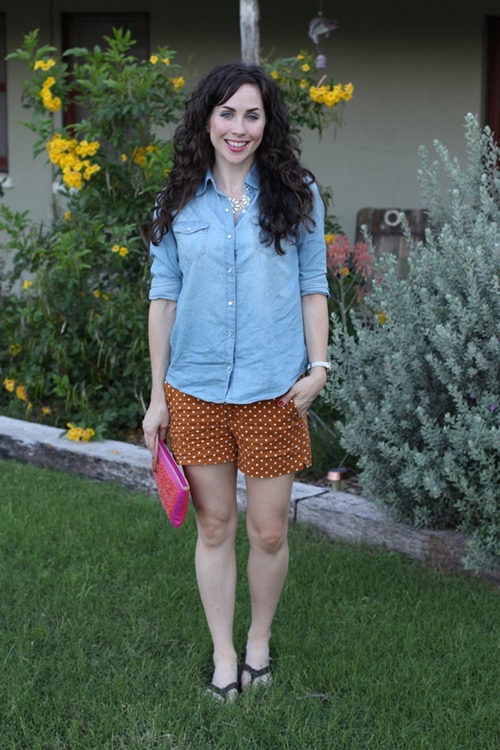 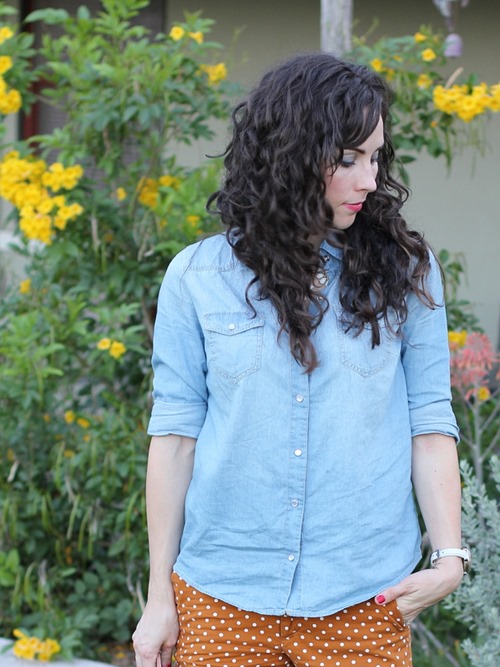 I washed my hair in the morning before we left, with no intention of doing so again until we returned, 4 days later. This is Day 1 hair, people.

P.S. Pardon the general rumpledness. It was, after all, a car ride.

What I Wore to the River 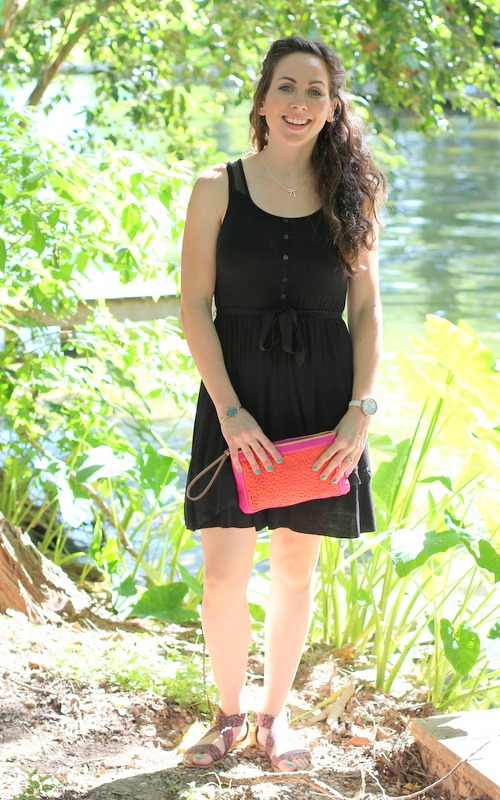 We took a trip to the Comal River one day, and this dress would have worked great as a cover-up (which is how I wore it to Schlitterbahn the next day; hey! I guess I am showing you what I wore there) if I had actually worn a swimsuit under it.  As it was, when Della decided it would be fun to use my skirt as a towel and then perform a twirl/flip maneuver on it when she was done, it wasn’t my bathing suit that got introduced to the general public. Of course, as I mentioned on Monday, the general public was wearing the equivalent of undergarments too, so nobody even blinked. It did make me mentally assign the dress to “cover-up” status from there on out, though. At least when children are present. The things people don’t bat an eye at on the river are the kind that tend to make you the talk of aisles 7-20 in Walmart (okay, okay, Target).

What I Wore on Date Night 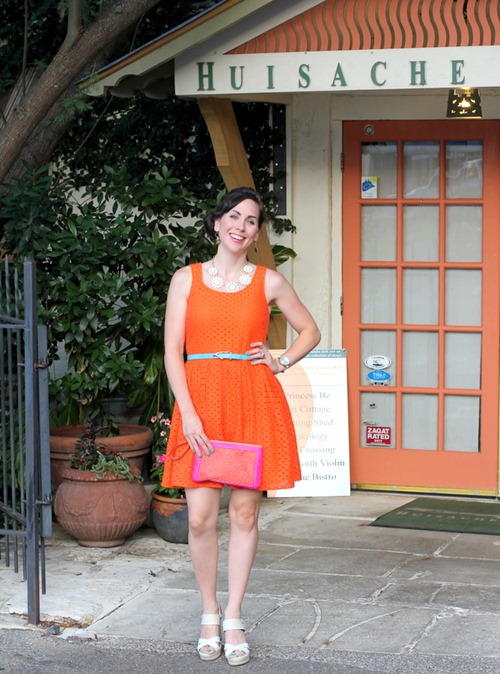 I wore this on a date with my husband to that adorable restaurant you see in the background. Huisache. Pronounced “wee-satch,” in case you were wondering (I was). It’s the name of a particular tree that they have growing on the grounds.

But no matter what unnecessarily-difficult-to-pronounce name the restaurant had chosen, I had a much simpler, more colloquial term for it: YUMMY.

Seriously, y’all. Everything about that place was fantastic—our waitress, the decor, and the food (which was “upscale American,” for lack of a better term, and tasted really fresh and just a smidge different…in a good way). Well, actually, there was one not-so-great thing. I ordered a Coke with dinner, and she brought me a glass of ice and a cold canned drink. Which, for the caliber of restaurant and the general air of both classiness and whimsy it carried, seemed a tad crass.

She gave no explanation for the canned drink, which led Shaun and me into an intensely speculative conversation about the possibility of refills and exactly how much I would be charged for my drink. This is only end-of-day-2 hair, but with the heat/humidity, I was already having to get a little creative. 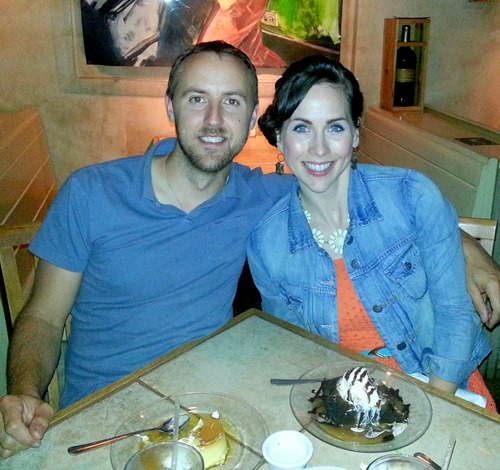 Here we are with dessert, which was chocolate cake with all kinds of scrumptious, gooey sauces + ice cream for me and flan for him.

Flan. Now there’s a word that usually conjures images of rubber and watery ick. But this flan, oh, this flan was made with cream cheese, which made it taste like heaven on a spoon. I will recreate it one day. Oh, yes, I will.

And finally, we have: 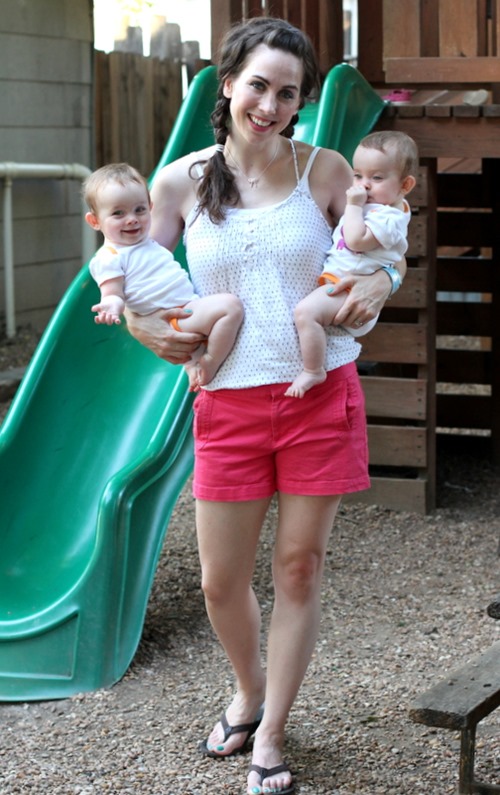 Of course, all of you are just thinking, “What? Braids? What is she talking about? All I see are cute babies!”

Babies: the best distraction from a bad hair day. (I highly recommend going with the double-model for optimum misdirection).

And there you (mostly) have it, folks! I did wear one more outfit on our return trip + detour to the San Marcos outlet malls (yes, we did make it there eventually), but both my camera and phone battery were dead, and I had juice + goodness knows what else all over my white shorts, so it wasn’t exactly a blog-worthy look anyway.

And now, I’m dying to know…what’s the most you’ve ever paid for one measly soft drink at a restaurant?

Have you ever gotten the canned Coke treatment? Curious minds want to know!