Well, if you’re here this morning, that means you’ve recovered from your ice cream + too-many-hotdogs induced coma after yesterday’s 4th of July indulgence (assuming you live here in America, that is). Bravo! I did very little actual cooking yesterday (although I did do three rounds of dishes; can we say, “Buy some disposable plates, Abbie?”), since Shaun is the grill-master around these parts. And I am already drooling over the thought of lunch with some of our grill-out leftovers (yes, I wake up in the morning and plan my lunch sometimes; totally normal, right?).

We celebrated with Shaun’s family coming over in the first half of the day and mine in the second, so the day was brimming with fun and activity. We ate both our meals on our new patio and enjoyed the breezes and the crazy-low temperatures for July (I don’t know what the actual low was, but at some point I had a 5-year-old sitting on my lap, and I remember thinking, “If he moves, I’m actually going to be cold.” Insanity).

My brother gets married outside in two weeks, and we’re hoping the unseasonably cool temps stick around, but we’re all a little too Texan to be naive enough to count on it.

Speaking of my bro, here’s a fun shot of my him and his bride-to-be—fun because it shows them “practicing” future parenthood on our twins (whom they both love to hold; Hannah even changes diapers without being asked). And fun, also, because Shae looks a bit like a constipated goat, and the fact that I can share such a priceless image with you proves that life really does come full circle sometimes. Believe me, he deserves it for all the times he embarrassed his little sister growing up. 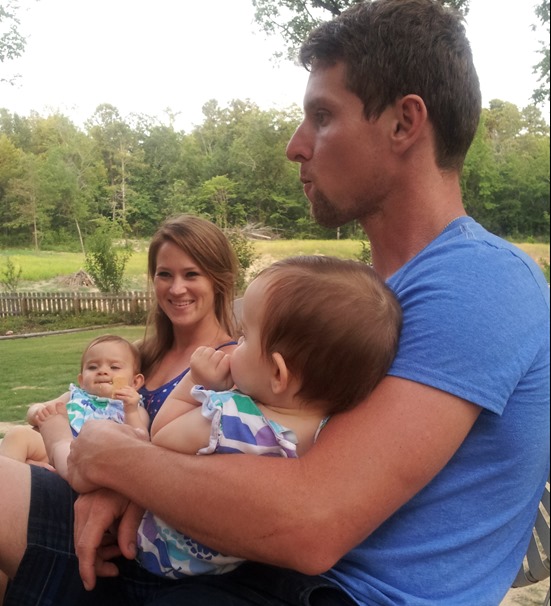 In other Independence Day news: 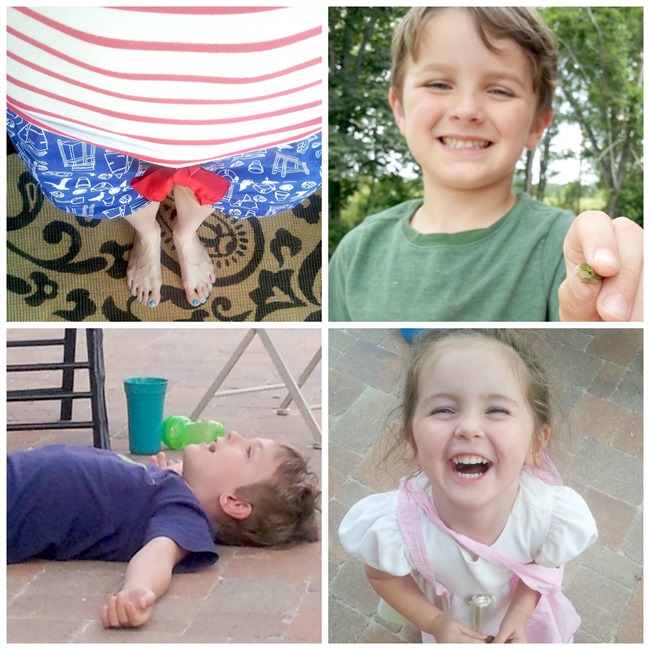 I looked down yesterday morning and discovered that I had subconsciously dressed myself in patriotic P.J.s. If I wake up Thanksgiving morning wearing big buckled shoes, I’ll know I have a problem.

Simon (aka: The Terror of all Small Living Things) caught a tiny lizard (look at its size in relation to his 5-year-old fingers), which was his encore performance after catching the smallest frog I’ve ever seen. (I forgot to take a picture, but it was smaller than most beetles).

Ezra took a lie-down after he “drank too much” (I don’t think either of those cups are his, but the resulting pic is still hilarious).

Della grabbed my nursing wrap after I finished feeding the twins, put it on backwards, and said, “Wook, Mama! I a supah-heewoe!” I’m pretty sure Marvel Comics needs a new character called The Milk Maid.

How was your 4th of July? We didn’t see any fireworks (yet), so you’ll have to tell me about yours! Deal?

Oh, and before we party, you reeeeeeally need to check out this beautiful house tour from Honey Comb Creative Co. that It’s Overflowing shared at last week’s party. Tons of eye-candy in a very small space (900 square feet!). 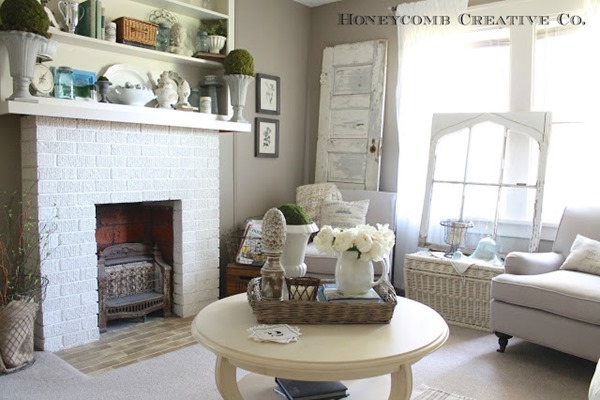 Speaking of which, I’d love to see what creative goodness you’ve been up to this week.