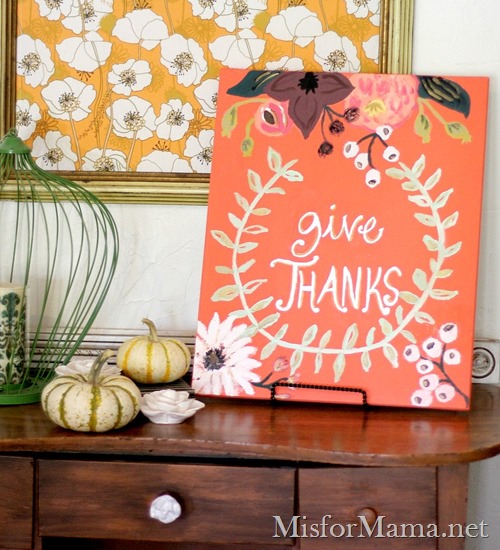 You know that phrase: “Jack of all trades but master of none?”

Well, that’s me, besides the part where it sounds like I’m a dude. (Because “Jackie of all trades, mistress of none” just sounds…wrong).

Now hang on a second before you go thinking, “Well, yippee for you, Abbie. Apparently somebody got walloped with the ‘I’m AWESOME’ stick today.”

That is so not my point. It’s not like I can take credit for any of that stuff anyway. And besides.  Even though I have practically never said: “I don’t have a single ___________ bone in my body” (although if I were to insert anything, it would be “technical”) and seem, in fact, to have at least one of practically every broad category of talent-bone in my body somewhere, there are times that I wish I were really, really good at just one thing.

The Mozarts and Picassos and Ann Voskamps of the world make people sit up and pay attention. Maybe they can’t field a line drive or carry a tune, but they sure can play/paint/write the tar out of their art.

Because, really, what else is being pretty good at a lot of things but not incredibly good at any one thing except, well, maybe just a little bit mediocre?

And who wants to be that? Not me. No sir. 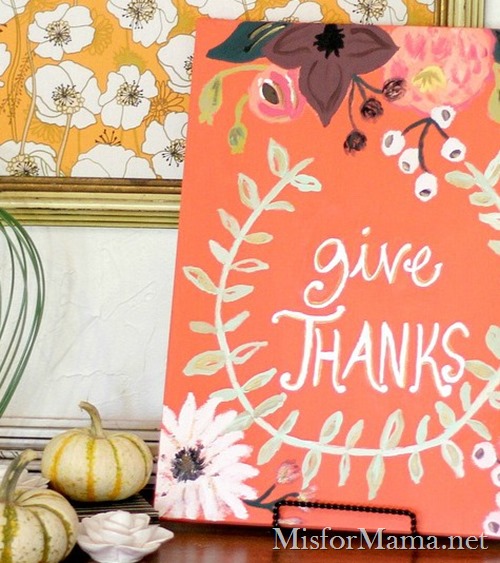 No one notices mediocre people. No one is impressed with their halfway-decentness. At least not when the body of water gets big enough and filled with whale-talents who don’t even feel it when their tails (tales?) send the little flounders spinning toward the obscurity of the ocean floor. My mama was all about keeping me humble when I was little, and she would always tell me things like, “Abbie, you may be the best at ___________ here where there are only a few people doing it. But just remember that there are always bigger ponds with bigger fish in them out there.” And while I realize that is pretty much the opposite of the, “Follow your heart, and you can be ANYTHING you want to be!!!” mantra that perfectly coiffed, shiny-eyed movie moms spout, I’m grateful for her grounding influence.

Especially when I do things like attend big blogging conferences full of ultra-talented, uber-successful types. Some of the women there had enough twitter followers, facebook likes, and blog comments to stretch from here to China. Others were complete unknowns. Still others were somewhere in the middle, like me—known to some, utterly obscure to others. You know, kind of mediocre in terms of worldly success and influence.

You already know that I’m capable of succumbing to featroversion at gigs like Allume. But this time, I was determined not to. I was determined to take my neuroses and insecurities, my pride and ambition and bundle them all up into a little offering before the Lord. To hold them up as high as my arms would reach and then walk away.

I prayed one prayer over and over before this conference, and it was: “Lord, help me not to give in to either fear or pride, and help me to be a blessing to at least one person.”

And you know what? He heard me. Oh, I can’t guarantee that anyone was particularly blessed by me, but the fear/pride thing got taken care of. And I had meaningful and, dare I say, deep conversations with at least 4 people while I was there—conversations that were so good and so specific that I can’t help but think that it was God speaking through us to each other.

I know it was God speaking through me when I heard myself passionately pitching my book idea to two agents I didn’t even know would be there or that I would have time with, and they both expressed interest in hearing more. I hadn’t prepared those words or expected those opportunities. And I’ve been struggling lately with knowing where to go with my writing. Struggling with feeling uninspired, stuck. And, yes, more than a little mediocre.

But you know what? That is not a bad place to be. It feels bad. The world would say it’s bad. But here is God’s response to that:

“My power is made perfect in weakness,” and, “[I] chose the weak things of the world to shame the strong.”

Huh? That doesn’t even make sense.

God’s ways are not my ways. And that is such a good thing. 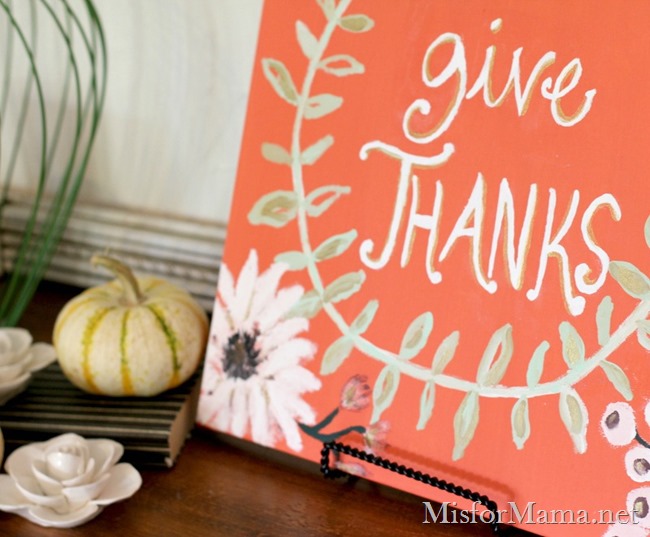 I am discovering more and more that, when I am the most lost, when I have it the least together, when I am at my weakest, God is strongest in my life. When I finally spread frail fingers out to him in supplication and confusion, he is faithful to grasp them and then curl them back upon my palm, full of some delightful little surprise or assurance.

Will those agents ultimately accept my book proposal? Will the “big blogs” ever know my name? I don’t honestly know. And I’d be lying if I said I don’t care at least a little bit. What I do know is this: even if I always scribble my thoughts in obscurity and—depending on the perspective—mediocrity, my God delights in flouting the world’s definition of extreme talent and success. He delights in using my widow’s mite—not because of any gifts that I have to offer, which all flow from him anyway—because I bring my miniscule little offering in humility and brokenness.

So, what’s the takeaway?

God loves you and has a plan for your life. It’s that simple. He knew you in the deeps. He knit you together in your mother’s womb. He sees you now, whether or not it feels like anyone else does.

Press on, sweet sister. You matter. So much. And you are loved. 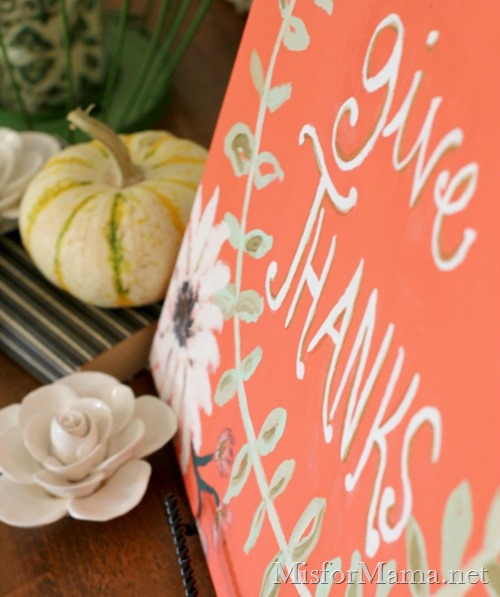 I painted that canvas at Mandy’s house during a 30th birthday painting party for our sweet friend, Sara, and I think it’s the perfect example of my ability to be kind of good at things. I like it. It works for me. But it’s ultimately just a hodgepodge of copied elements. And it’s smudged and messy from my insistence upon dipping my jeans jacket sleeve in the paint and then dragging it across the canvas. Too much of the time, that last sentence could be a metaphor for my life.

But there is something about it I love and that is how, as I was writing this post, those words, “Give thanks,” reminded me of an old song we sang in my childhood church.

It’s called Give Thanks, and it goes:

And now let the weak say, “I am strong”
Let the poor say, “I am rich
Because of what the Lord has done for us.”

Doesn’t get much better than that, folks. Believe it.