I was born in the 80’s. 1982 to be exact. Which means that I was part of my fair share of smocktastrophes.

I tried to hunt down an old photo of me, resplendent in all of my ruffled pinafore, frizzy side-ponytailed glory, but—darn it—if I couldn’t dig a single one up  (It’s the truth; I wouldn’t hold out on you guys…promise!)

That’s okay because this is pretty representative of what I remember from pics of me around 3-years-old. Except my hair was bigger. 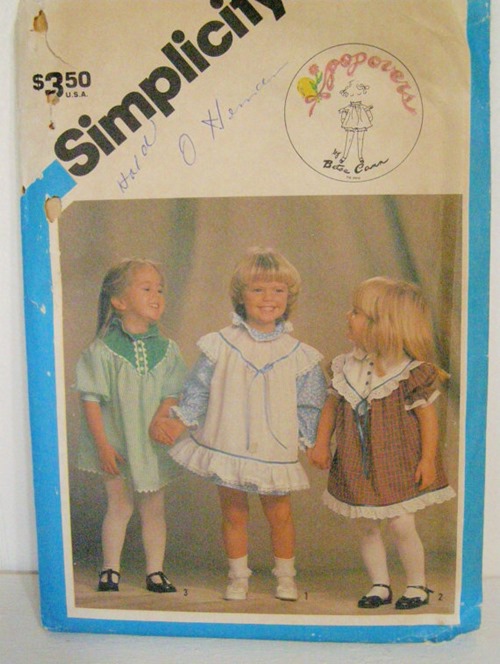 Not that the the adult fashion of the day was exactly stellar either.

Unless, of course, culottes are your thing. In which case, 80’s style was awesome. 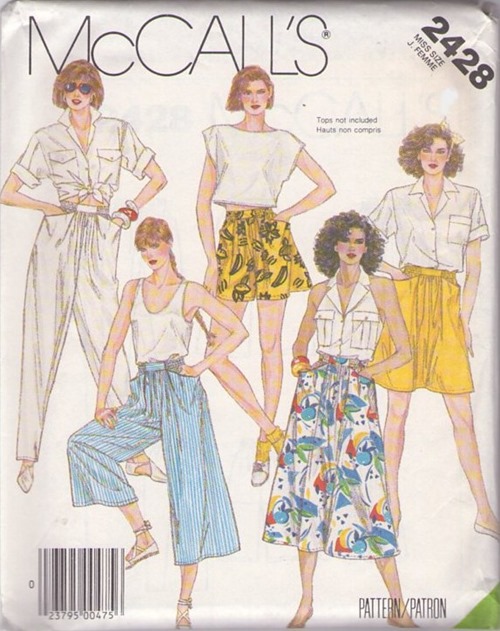 I’m just going to own the fact that I well, owned (literally; definitely not figuratively) several pairs of these monstrosities.

It seems like lately, though, little girl fashion, especially, has become considerably less twee and a WHOLE lot less likely to be mistaken for miniature tent, and I often find myself bemoaning the fact that they don’t make something I’ve found for Della in my size.

Because, seriously, y’all. Sometimes, I wouldn’t mind dressing like my 3-year-old. And to prove it, every time recently that she was wearing something I wish I could pull out of my own closet, I snapped a pic with my phone. 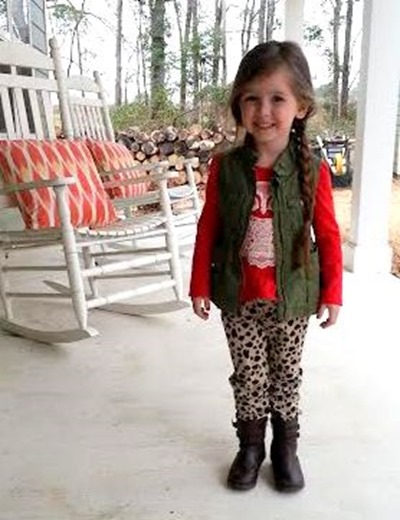 Can we just have a brief conversation about how stinkin’ fantastic that cargo vest is? I found it at Old Navy for 2 bucks and change and had a brief moment of wondering whether I could invent some sort of gadget to expand clothing to bigger sizes since it’s the exact color and style that I’ve been hoping to find for myself. Also? Leopard print jeans and a funky owl shirt? Yes, I think I would happily rock everything in this outfit if it came in my size. 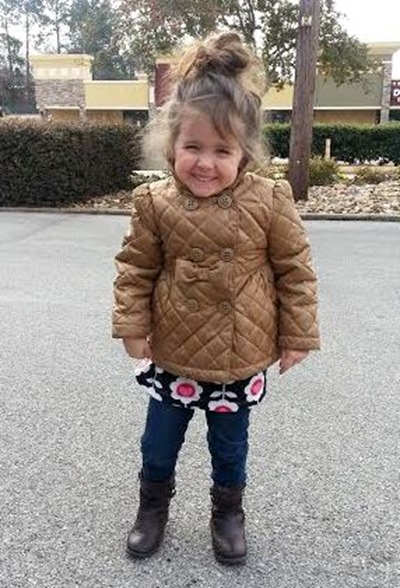 And now we need to talk about the fact that I wouldn’t let my child get in the van immediately in 35 degree weather (yes, that grimace/smile is a, “Mama, it’s cooooooooold!” look) just so I could snap this pic. We could also discuss the fact that her boots are on backwards, but is that really necessary?

Mostly, though, I just wish I could have her coat in my size. I mean, hello? Quilted bronze metallic puffer coat with a bow belt? Swoon. 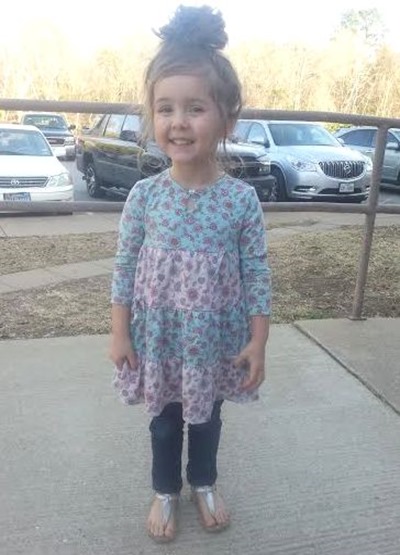 Honestly, the thing I’m most envious of in this pic has nothing to do with the clothes and everything to do with the way my daughter rocks a top-knot. I can’t really tell what her hair thickness and texture is going to be like when she grows up, but if this is any indication, she won’t ever have to worry about brushing or fixing her hair. Just a rubber band and a quick twist or two, and she’s good to go.

(Also, I think her metallic little sandals are the bomb diggity…even though I’m totally dating myself by even using that phrase). 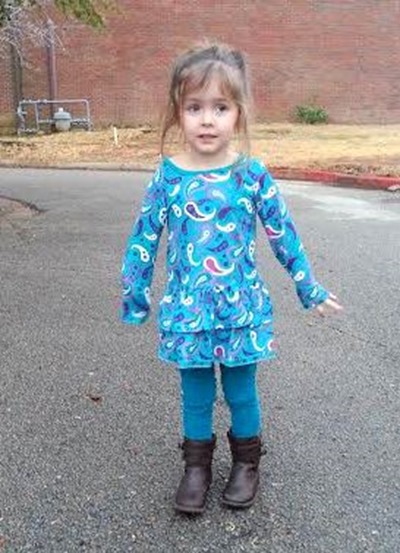 And finally, we have this fun ditty. The minute I found those turquoise corduroy skinnies at Old Navy, I vowed to find a pair of my very own.

And you know what? I pretty much did! 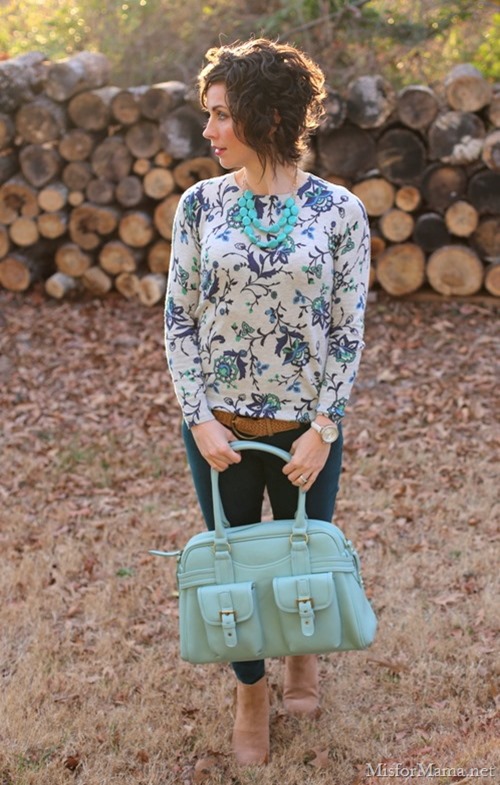 It’s hard to tell with the lighting in this pic, but those are teal corduroy skinnies that I scored (also at Old Navy) for about $7.

So, obviously, I wouldn’t necessarily wear everything that Della wears since I still want her to look like a little girl and me to look like a grown woman, but I would still contend that little girl fashion has come a loooooong way since the 80’s.

Would you agree? Have you ever found yourself wishing you could raid your toddler’s closet? Though sometimes, it’s just more fun to live vicariously through her because, although she would prefer to wear a princess dress and sparkle shoes every single day, she’s still pretty pliable when it comes to Mama’s choosing her clothes (that won’t last; I know).

P.S. I’m guessing you already knew this, but I don’t spend much money on Della’s clothes. Pretty much everything you see in these pics comes from either Old Navy (they have great kids’ clothes sales + good coupons, and I usually spend about $3-5 per item), Walmart (usually on sale), or Goodwill. Her boots were a splurge at $27 from Beall’s because she had no winter shoes, but she has worn them practically all day every day since October, and they’ve held up remarkably well and are crazy-easy to put on, so I’m going to say we’ve gotten our money’s worth. r