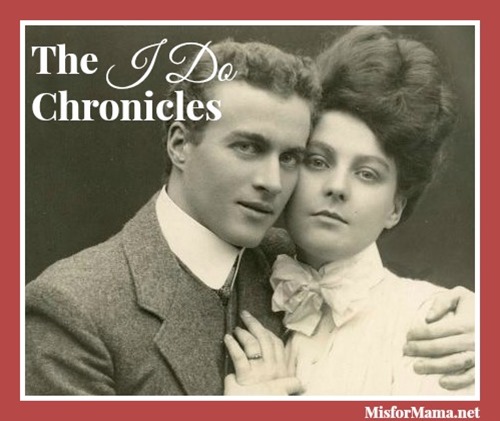 When I wrote 10 Years of Wonderful and asked you at the end of the post whether a few marriage posts here and there might be something you’d like to see, most of you said yes, although a few of you were worried about my trying to write a step-by-by prescription for matrimony.

But I hope I can put your mind at ease by assuring you that I never intended to do anything of the sort. Every lasting marriage is so diverse in the things that make it work that prescribing anything more than the most general of guidelines would be pointless.

Even if you never use anything specific from my ideas, I hope they will at least encourage you to examine your own marriage (or, if you’re not married yet, what you desire for your future marriage) for ways that you can improve or add a little bit of something extra. Also, please don’t ever think that I think I’ve got everything figured out. Because I don’t. And I hope that y’all will give me lots of feedback because I’m eager to learn how to do this whole marriage thing better too.

And so, I’m starting a series called The “I Do” Chronicles. I chose the name, not only because it’s a recognizable phrase associated with matrimony but because I want this to be a positive series that focuses on simple, affirming ways to improve your marriage, rather than a list of “Don’ts”  to avoid.

I don’t know about you, but every time I watch a movie where one person tells the other over the phone that they love them, and then the other person doesn’t reciprocate, I want to holler, “SAY IT BACK!” at the screen.

It bothers me even more when a husband and wife sign off with just a “Bye.” I know this may not be a big deal for some, but one thing that Shaun and I have done since the beginning is to always, always say, “I love you,” when we: leave to go somewhere, hang up the phone, or go to bed at night. 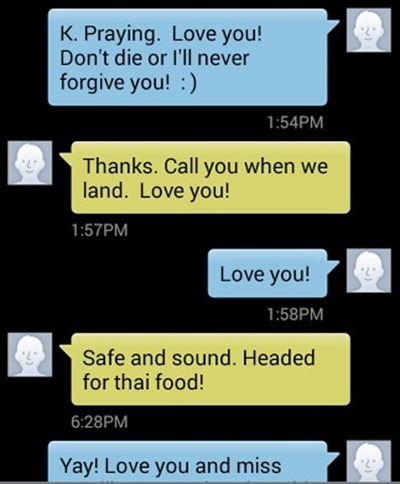 The thing is, neither one of us is a particularly sappy sort. I think we could both easily lapse into the habit of simply walking out the door and tossing a, “See you at dinner,” over our shoulders.

And so we’ve chosen a habit that combats our natural anti-sappiness instead.

Because, as that text above illustrates, there are no guarantees that we will see each other again after we walk out that door.

If you’re wondering why I said, “Don’t die, or I’ll never forgive you!” I posted a little more about that on Facebook and IG the other day. 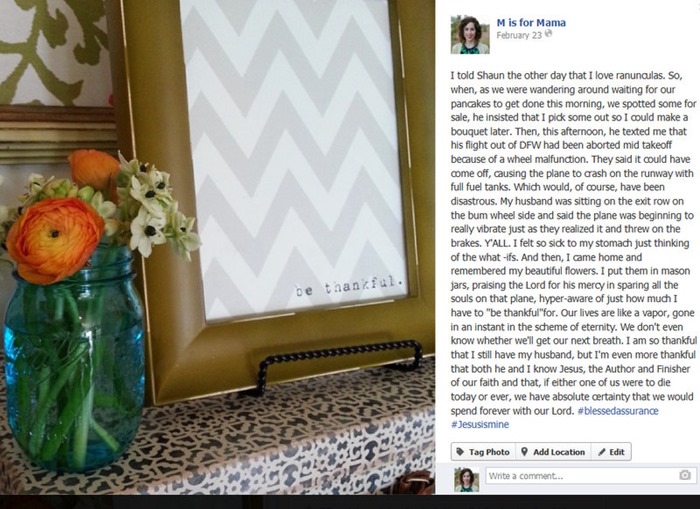 I know it’s kind of hard to read, but it basically says that, as my husband’s plane was taking off for his work trip on Sunday, they realized that a wheel (on the side he was sitting on in the exit row ) wasn’t turning, which could have resulted in a crash on the runway with full fuel tanks.

My heart rate still gets a little jumpy at the thought of what could have happened, and I am so grateful that God was gracious enough to allow them to catch the problem before anything happened.

But y’all. I could have lost my husband that day. And can I tell you just how sad it would have made me to realize that my last words to him had been anything other than an assurance of my love? Also, if I lost him, and we hadn’t made a habit of writing texts like, “Can you please boil water for the spaghetti? Love you!” and “Don’t forget to go to the bank. Love you!” I wouldn’t have those to look back on when I needed a reminder.

Without them, would I be any less sure of his love? Probably not. But I find that, when he affirms what I already know, at least in this area, I don’t mind at all. It feels far from redundant or rote. I can’t tell you how many times I’ve been in the midst of a frustrating moment of being pulled in five different directions, and a run-of-the-mill text from Shaun comes through. Something like, “Won’t be home til 7.” I glance at it and go back to changing a diaper, disappointed that he’ll be home late but distracted by the task at hand. And then, my phone beeps again, and this time it says, “Love you.”

It’s very hard to say the words, “I love you,” and stay irritated at someone. It’s an audible reminder of the truth. You’re driving me crazy right now, but I love you. You’ve just hurt my feelings, but I love you. I completely disagree with how you did that, but I. love. you.

Not because I feel it right now. But because I chose you. God gave me you. 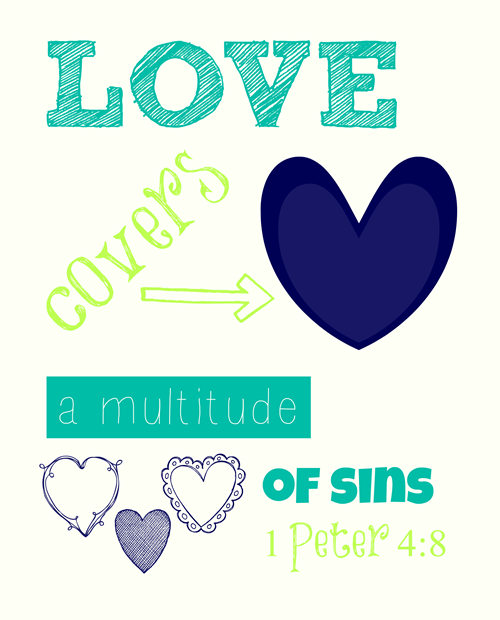 (If you’d like to print out this simple reminder, simply right click and save it to your computer, then print it; it’s already scaled to an 8X10 size)

1 Corinthians 13:5 says that love “ is not easily angered, it keeps no record of wrongs.” And I find this to be especially true when I’m declaring that love in speech and writing.

So, there you have it. Something simple, obvious, and—maybe even to some folks—unnecessarily sappy that helps us stay focused on the truth. And the truth is that we love each other, regardless of any ooey gooey emotions we might or might not be feeling.

We love because He first loved us. And we want our marriage to reflect that and bring Him glory.

What are some simple ways you’ve found to remind yourself of your love for your spouse in the midst of the daily grind?