After last week’s ode to the wonder of boys, I thought it only fair to give my girls some exclusive time here on the blog.

(Plus, it’s been forever since I’ve bombarded you with cute twin pics).

So, when the weather turned warm this week, and I remembered the matching outfits from Uncle Shae and Aunt Hannah (my bro and sis-in-law) hiding out under my bed, I decided it was time for a photo shoot.

I shot these at the bridge on the running trail behind the gym where I teach, and the light was really great, which is good because I didn’t have time to do anything fancy or artistic. 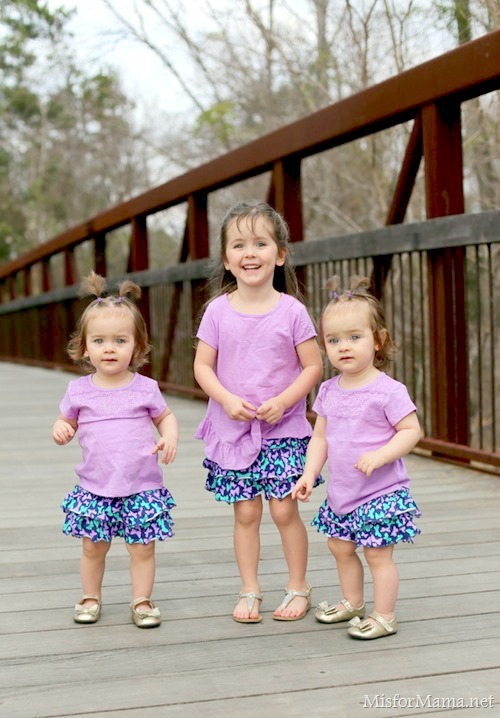 The girls were too busy being, well, little girls to be much interested in posing, but between the boys being willing to chase down the repeat runaway (EVY!) and lots of runners and bikers coming through and oohing and aaahing over the triple cuteness threat, they stayed interested long enough for me to get a few good shots. 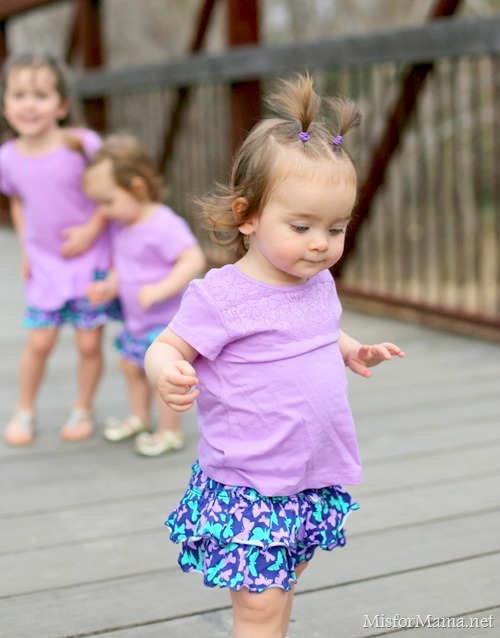 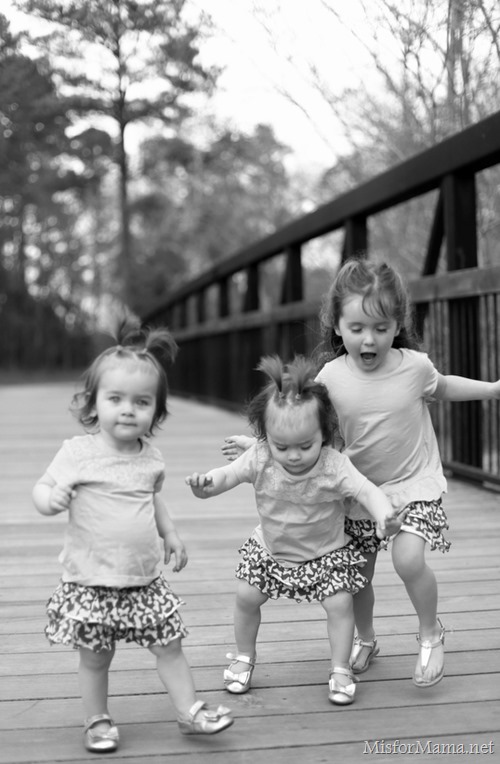 {Watch out, Nola! Big Sisterzilla ‘bout to bounce you DOWN!}

Both girls are usually quite smiley, but Nola’s usually the more expressive of the two. 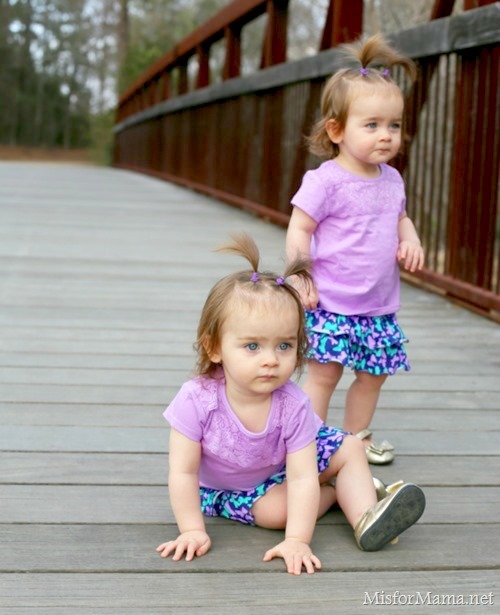 Not this time, though. 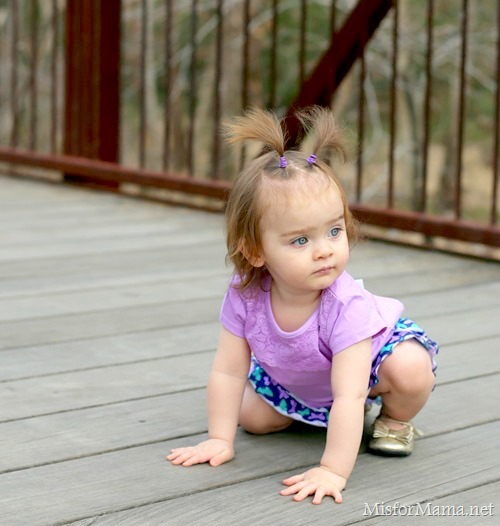 She insisted on maintaining a poker face throughout, while Evy clowned around. 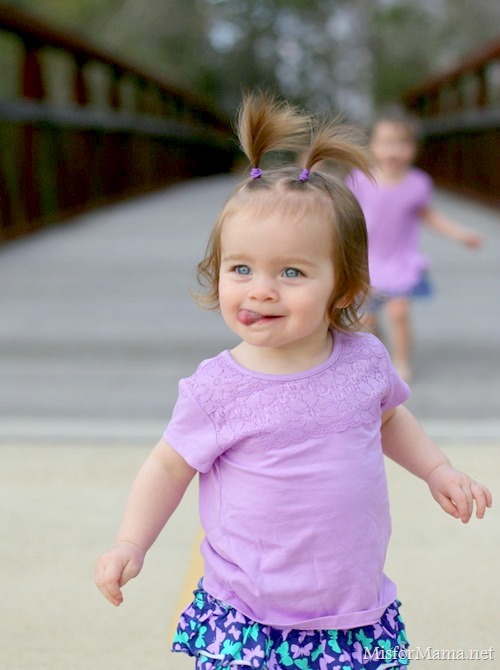 I only have one brother, and he’s almost four years older than I am, so we didn’t really bond until I was about 11 (and by “didn’t really bond,” I mean that we had knock-down-drag-out FIGHTS that involved kicking and wrestling and scratching and screeching). 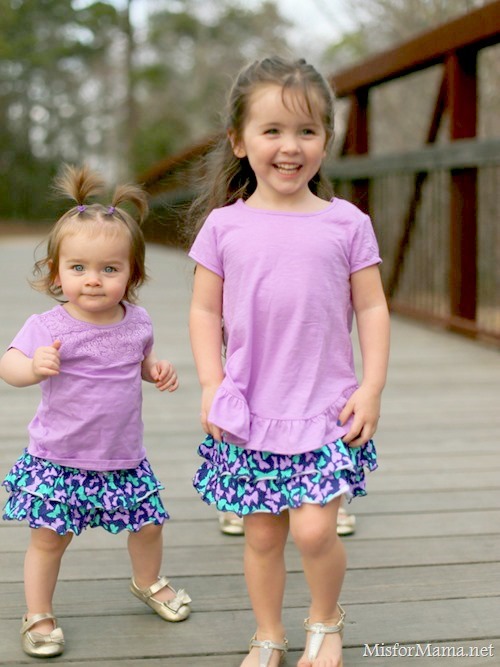 Since then, we’ve been the best of friends, but I haven’t the slightest clue about sisterliness, and to be completely honest, I was never one of those girls who pined for a sister growing up. That’s probably almost entirely attributable to the fact that I had a best friend named Ronda who lived a mile and a half up the road and with whom I spent practically every waking hour most days. We were so inseparable that “Me’nRonda” was practically one word in my vocabulary (much to my English-teacher Mama’s chagrin). 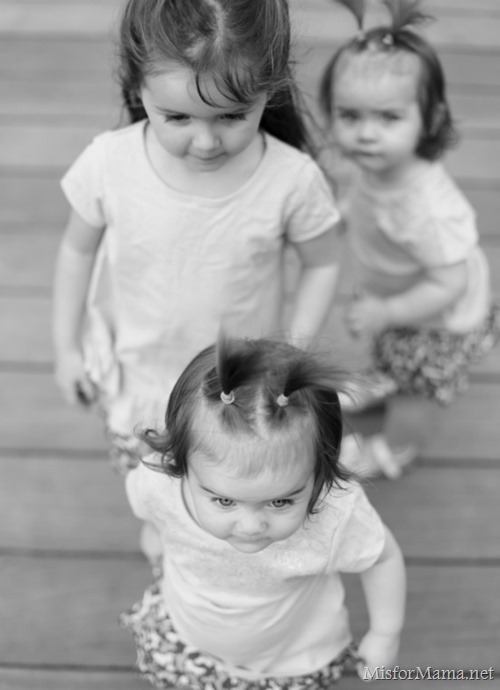 But just because I didn’t miss having a blood sister of my own (M’nRonda were pretty much the equivalent) doesn’t mean that I’m not thrilled that my girls get to experience the joys of sisterhood.

When the twins were first born, I was a little nervous about Della’s reaction. She was almost two at that point, and since 3 months, she’d been the biggest Mama’s girl you’ve ever seen—in the most endearing way. She was my little mini-me, and we were tight. 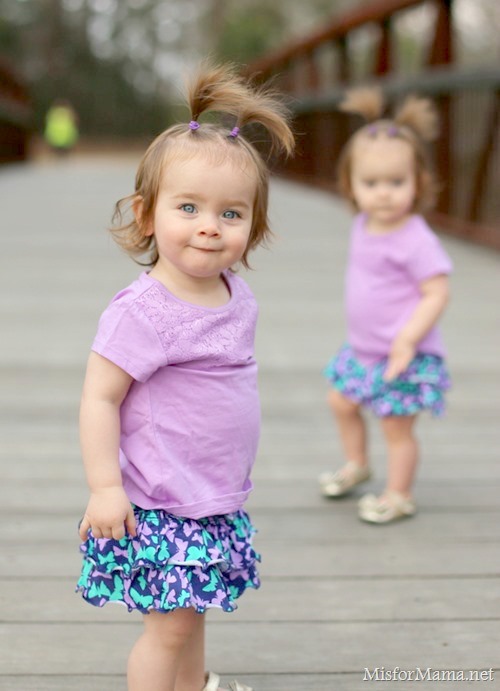 I worried she would resent this double-intrusion into her special bond with Mama. But, by the grace of God (and a lot of prayer), she weathered the transition amazingly well. She grew even more attached to Shaun, started playing more with her brothers, and, from the beginning, displayed a sweet fascination with “her babies.” 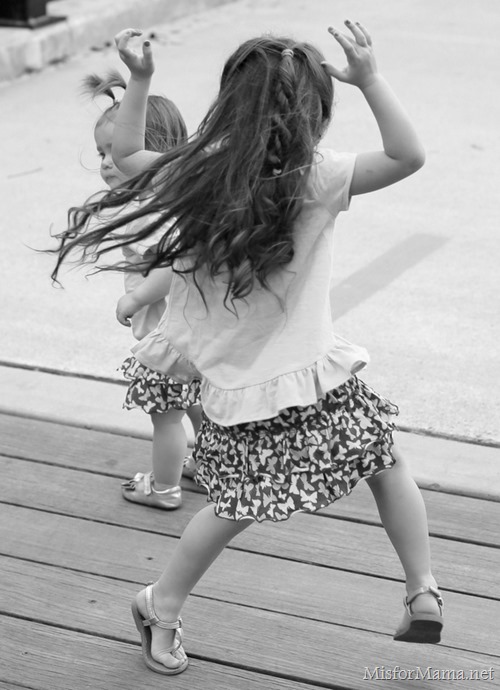 It wasn’t until recently, though, that they really all started playing together and interacting in a more meaningful way. In fact, when I went to pick Della and her brothers up from my mom’s house the other day, she threw her hands up with ecstasy when she saw the twins, exclaiming, “SISTERS!” as she ran over to hug them and drop a kiss on their heads. Then she tugged at their arms and said, “C’mon girls. C’mon. Wet’s go pway.” 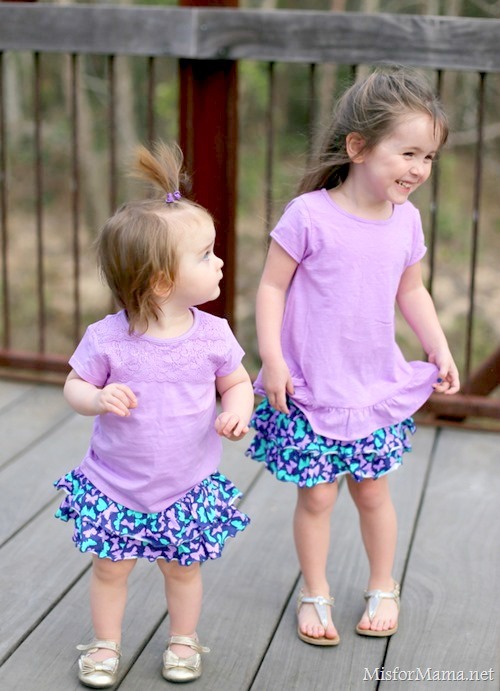 Their new favorite past time? 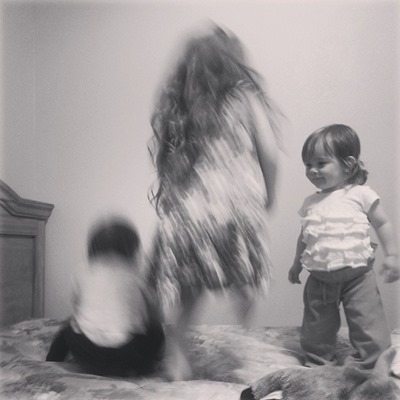 Jumping on the bed.

I can’t wait to see my girls get closer and closer as they grow up. I know the twins will have a special bond that Della can’t fully share, but they’re all such happy, outgoing, friendly little misses that I am hoping and praying that they will all be best friends. Yes, even when one of them uses the last of the other’s favorite nail polish, and somebody sticks somebody else’s bra in the dryer (on purpose or not). 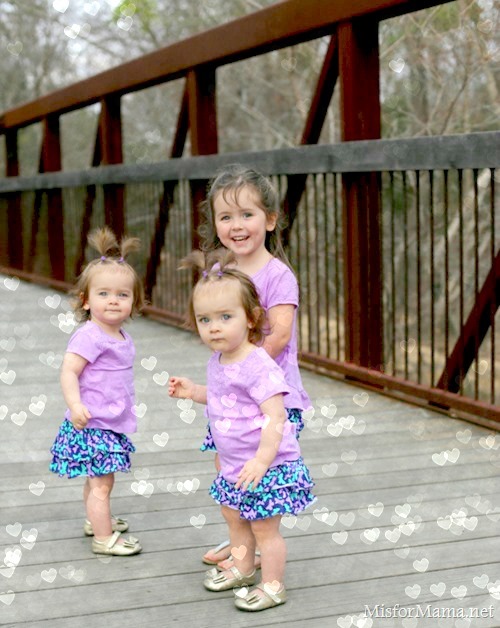 Do you have sisters? What was that like growing up? If you didn’t, did you always wish you did?

What about little girls? Got any of those? I’d love to hear about your little sweeties!

P.S. If anyone else thinks that the twins look like adorable little Martians with spriggy antennae…I totally agree.

P.P.S. I’ve got a new MOMbassadors interview + giveaway for you tomorrow, and you’re going to LOVE it!