I mentioned last week in my lighting roundup post that you guys might be surprised by the pendants that I chose for our kitchen island.

I said that because, after all of my openly professed love of color, it only seemed natural that I would go for one of the loud options. But the thing is, even though I do prefer vibrant looks to neutrals (at least for my own home; get me in a neutral-lover’s house done well, and I always adore the layers of texture and calming colors), and I have been known to layer color upon color,  I don’t like to take it too far.

And I knew that, for our kitchen, as much as we’ve already got going on, I wanted something that would provide a bit of sparkle and contrast over something too attention-drawing.

Which is why, after a ridiculous amount of deliberation and many consultations with Shaun that went something like: Me – “What do you think of this one.” Shaun – (cocks head and squints) “It’s ooookay, I guess”…I finally showed him this picture… 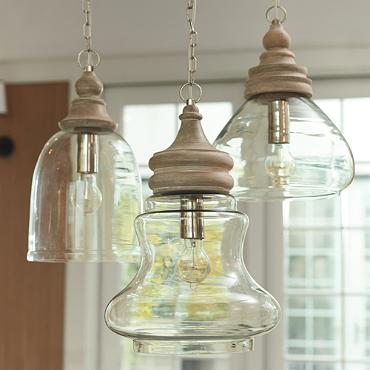 …and his answer was an immediate, “THAT. I like that.”

Which is awesome, since I’d already been leaning toward one of these designs.

We liked the look of the three grouped together so much that we bought one of each. 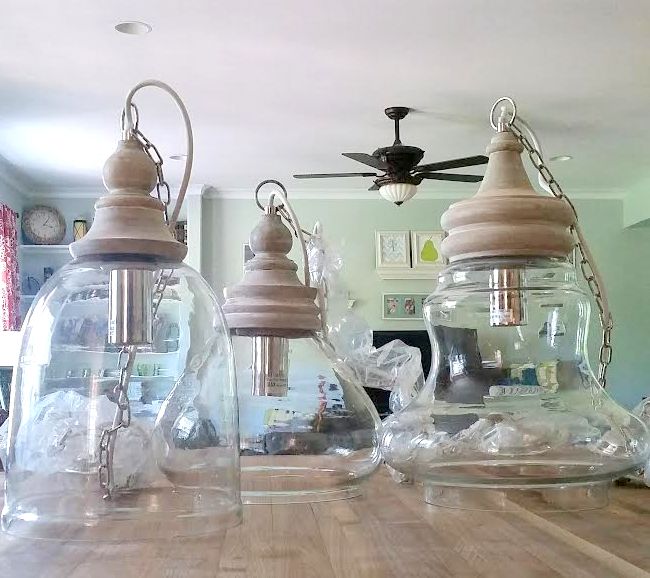 I’m super excited about the wow factor they’re going to bring to the kitchen. We’re going to try them with old-fashioned Edison bulbs for a bit of added funk (hopefully, since there are three, and we also have recessed lighting, it won’t be too dim).

The best part is that three of these cost what just two (or, in some far out just dreaming scenario, one) of some of the others I liked cost. They are $69, $79, and $89 respectively (from left to right) from Grandin Road, and they are BIG. So you get some serious bang for your buck.

Other than the fun, curvy shapes, the thing that sold me was the unique white-washed wood caps. 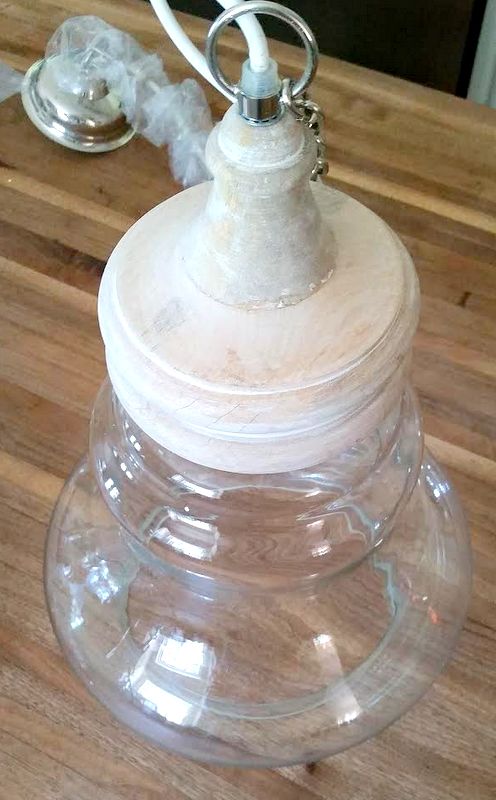 Other than color, my other decorating love is mixing textures. Like wood and glass. Or shiny gold against rough burlap. It just adds so much interest, no?

There’s just one teensy, tinsy little problem. Can you see it? 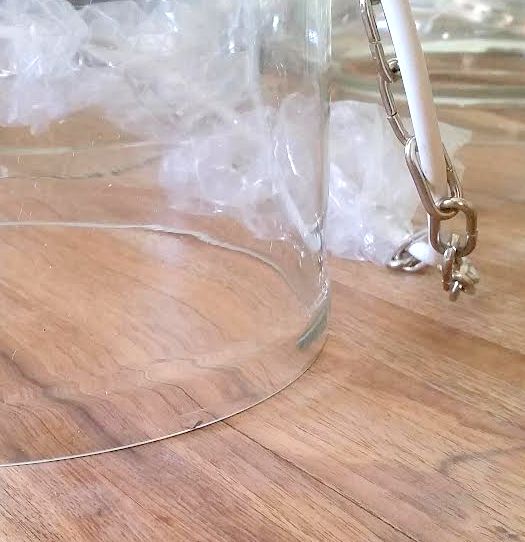 Yeah, I couldn’t at first either. But Shaun immediately spotted that little dark spot at the bottom of the plain dome. 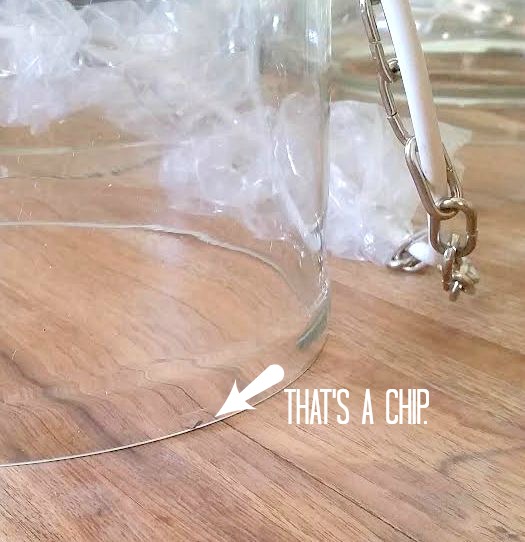 Y’all. I can look and look (for weeks–heck–MONTHS), patiently biding my time until I find just the perfect something for my house at the perfect price. But once it’s here, that’s it. I’m done. I have zero interest in sending it back and then waiting for them to process the return, make the exchange, and send me a new one. I want that baby HUNG!

So, tell me. What would you do? Yes, it’s a very small imperfection (I would say that in person it is both less and more noticeable depending on the angle). But it’s a light I paid for that’s not perfect, and I am perfectly capable of getting a good replacement (assuming it doesn’t arrive damaged again, I guess). On the other hand, it’s so very small that maybe no one would ever notice.

Hm. It’s hardly one of life’s most important or pressing questions, but I’d still love to get your feedback on what you think I should do.