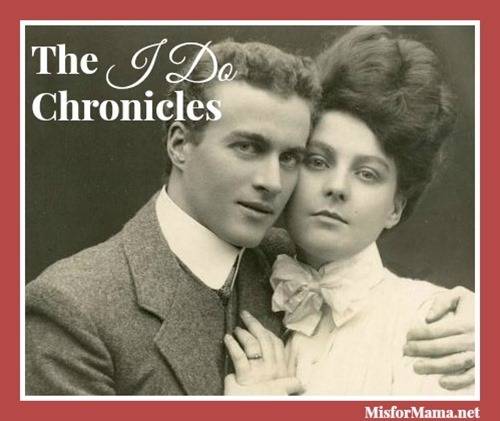 Shaun and I both have a habit of casually mentioning an ailment–oh–a good half a dozen times before we’ll actually do something about it. Especially headaches. Neither of us are big medicine-takers, and neither of us get bad headaches usually. But when we do–well, let’s just say that we might be better off popping a couple of Advil as soon as we feel the headache coming on.

So, when he winced and mentioned having head pain for the second time last night, I might have snapped: “Well, take something for it!” before he even got the words completely out. (And he might have arched an eyebrow at me since he was already on the his way to the medicine cupboard).

This was, my head wasn’t feeling too hot either, and I had just gotten home from a marathon of hauling all the kids from a midwife appointment to the gym to teach a class to two separate errands and then home to finish dinner at 7:30. I hadn’t eaten in hours, and exhausted didn’t even begin to do justice to how I felt after being up in the middle of the night for an hour and 1/2 with a 3-year-old terrified of a mysterious (inaudible to me) “ticking noise,” (when she was a little more coherent in the morning, she informed me that it was, “probably a tiger prowling around in our jungle” #okeydokey). And that, followed by a long day of homeschooling, twin-tantrum subduing (they’re a big fan of the “Okay, I’m done now; tag, you’re it” approach), house-cleaning, dinner-prepping, and lots and lots of child-correcting (I don’t know if it’s the crisp fall air or what, but they have been…ahem…more energetic than usual of late).

And all of that on top of the usual 33-week-pregnant stuff.

Now, to be fair, Shaun had been up with the toddler and the twins in the middle of the night too (because, apparently, that no-sleep thing is catching). Plus, his day had started super-early and pretty much pelted him hard until I got home with the kids, at which point he came down and immediately starting helping me with dinner.

Still, he hadn’t had to do all that stuff with 5 kids up in his grill all day long, now had he? Obviously, if anyone had a right to a headache, it was me.

And to top it all off, as soon as he had helped all 5 kids through their bedtime routines, changed twin diapers without being asked, and carted them off to bed without any prompting from me, he had the audacity to collapse on the couch with some of my best pillows over his head like this headache was for realz or something and fall asleep.

Leaving me with a trashed kitchen to clean up by myself for the third time that day.

As I ladled beans and rice and chicken and corn into separate Tupperware containers (chicken + rice bowls are delicious, healthy, and easy to make but super-annoying to clean up after), I could feel resentment stalking me.

Seriously, if anyone had a right to be huddled on the couch, it was the pregnant lady. Right? I mean, right?

But, for some reason, smack in the middle of scrubbing a pan while planning the perfect way to “laughingly” rib him for letting his pregnant wife tackle the kitchen solo at 9 PM, a phrase I’d read on my friend, Mary Krause’s, Instagram photo flashed through my mind.

“Dead men have no rights.”

I stopped mid-scrub and grimaced.

Because, y’all, I’m a dead man. I mean, not literally, obviously. A) Because I am not writing this from the after-life and B) I’m a woman.

But, “I have been crucified with Christ. It is no longer I who live, but Christ who lives in me. And the life I now live in the flesh I live by faith in the Son of God, who loved me and gave himself for me.”

If what I claim to believe is true, my old self is dead and Christ is alive in me.

Phew, right?! I mean, Jesus is the King of King and Lord of Lords. If He’s living in me, then there’s no WAY I should have to do the dishes by myself. That is a way unroyal thing to do.

Oh wait. Shoot. This is the same Jesus who, “though he was in the form of God, did not count equality with God thing to be grasped, but made himself nothing, taking the form of a servant, being born in the likeness of men.  And being found in human form, he humbled himself by becoming obedient to the point of death, even death on a cross.”

And that’s when it hit me yet again: Even though He is the Creator of the universe and has every right in the world to leave us (me) wallowing in our (my) depravity…“for our sake he made him to be sin who knew no sin, so that in him we might become the righteousness of God.”

I’m big on fairness, y’all. I whack my children upside the head with the Golden Rule on a thrice-daily basis. And that’s not such a bad thing.

Until I start getting all petty and snitty over being denied my fair due.

We all know we’re not supposed to have expectations in marriage. That they set us up for failure, disappointment, and festering feelings of discontentment.

But, what if we took that one step further and did away with, not only our expectations, but our rights?  (Because doesn’t the expectation to have the garbage taken out stem from the feeling that we have the right to a little help around here, for crying out loud?).

As that phrase, “Dead men have no rights,” circulated through my mind and heart, a miraculous thing started to happen. All of that indignation toward my husband that had been building steam in my veins–just waiting for the perfect passive-aggressive way to explode–just…evaporated.

I stood at the kitchen sink and asked God to change my heart and attitude, and you know what? He did! (Imagine that).

Suddenly, it was very clear to me that my husband had done nothing wrong (had, in fact, done so many things right), and I was struck by a very-not-of-myself gratefulness that he was getting to sleep instead of being guilted into doing something I was perfectly capable of doing by myself. Especially seeing as how–well, look at that–I didn’t feel nearly as bone-weary as I had even five minutes before.

That may sound all sweet and self-sacrificial of me, but I think all you have to do is read the first half of this post to see that it’s not my natural reaction. That was Christ in me. Because, even though the old me keeps trying to resurrect herself from the grave like some worm-eaten, decaying corpse out of a bad zombie movie, she’s dead.

And dead (wo)men have no rights.

0 thoughts on “The I Do Chronicles {Part 5}: Dead Men Have No Rights”