Ezra, Simon, and Della spend pretty much every Friday night at my mom’s house. Sweet, right? (In both the surfer-dude and the man-that’s-so-nice-of-her sense).

And even though that means that I still have two kids at home with me, it feels like a break.

Plus, it gives Shaun and me a better shot at having a date night if we really want to try hard enough.

Which…we rarely do. We almost never hire babysitters, and, honestly, by Friday night, we’re usually both so beat that my bringing home our favorite Thai food after running errands with the twins is the highlight of our evening.

But last week, we were both going a little stir-crazy. I hadn’t gone to “town,” so there was no Thai food to be had, and the thought of rummaging through the fridge for leftovers wasn’t doing it for either one of us.

So, we drove to “town” (this is seriously what we call the closest city to us) and ate at a new restaurant that I’d been to just the week before for Mandy’s birthday. 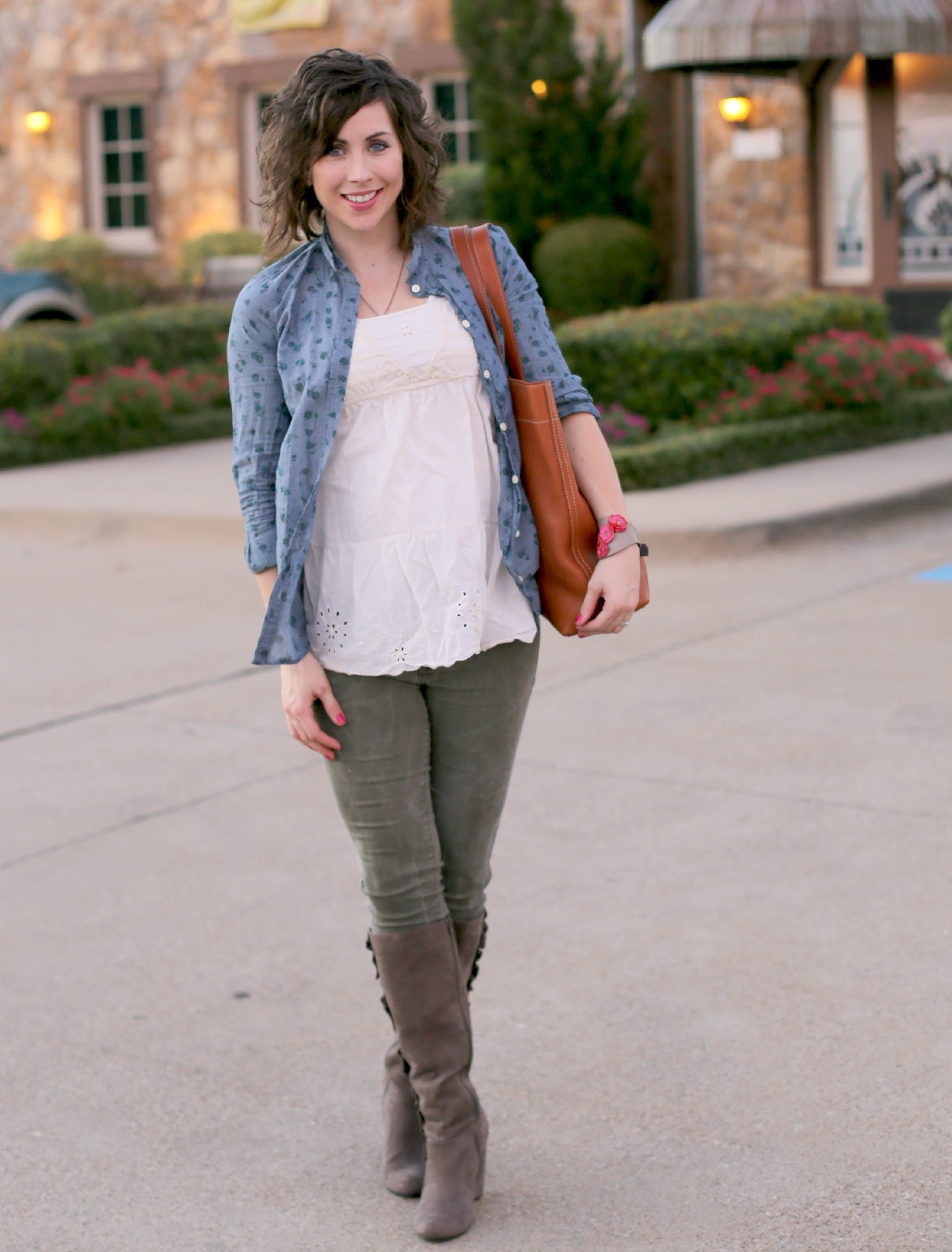 I threw on this little ditty, feeling bad because I wasn’t so sure Shaun would love it–kind of a bummer for him since I usually spend my Friday nights decked out in workout clothes or, better yet, a ratty tank top and yoga pants. So, if I’m going to get dressed up, it might as well be his style, right? 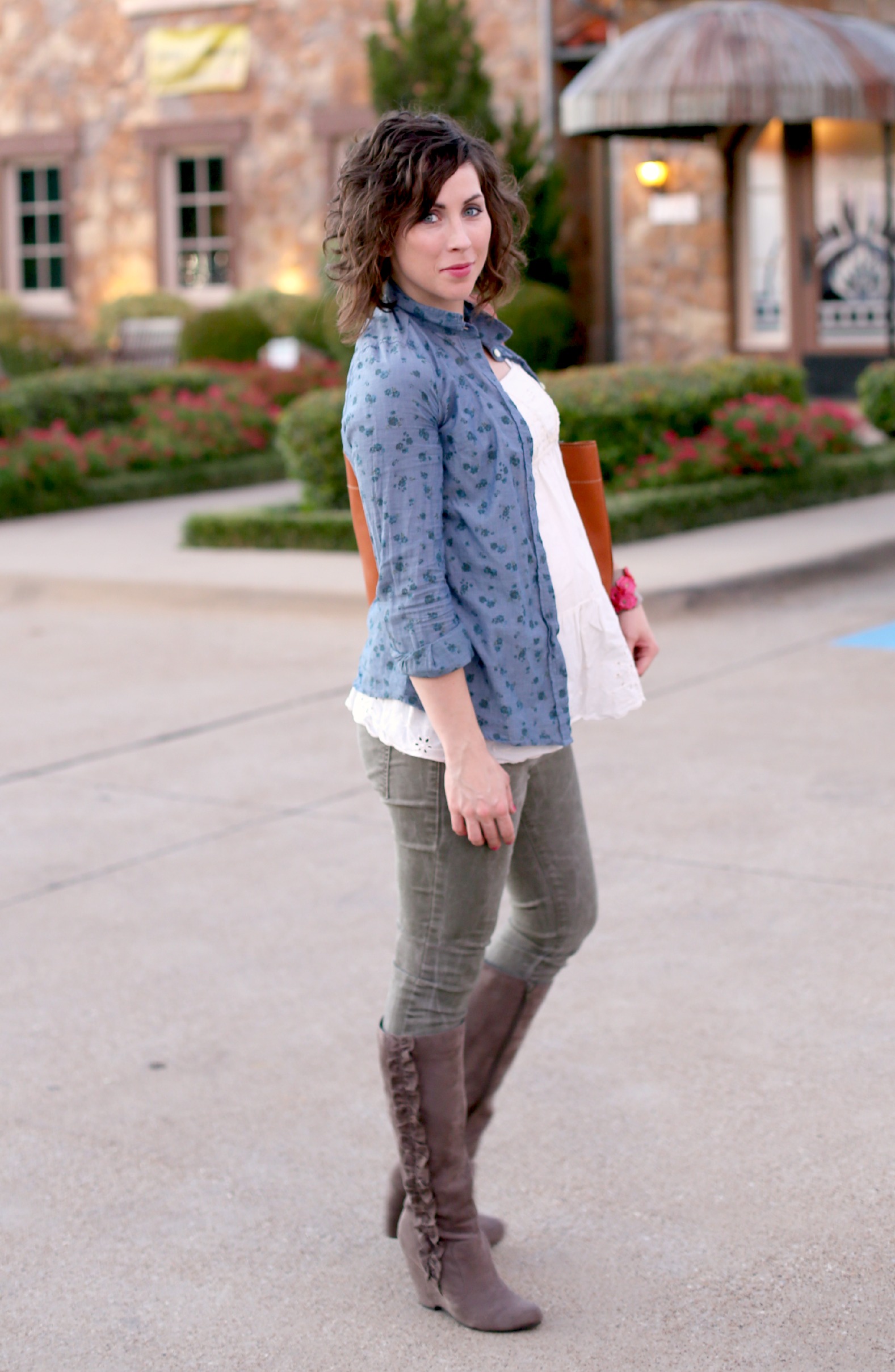 But he ended up declaring it a hit. Apparently, the neutral colors and overall comfy look beat out his distaste for layers, ruffles,  and all other forms of sartorial frou-frou (I’ve talked about this before, but if he had his way, I’d be dressed in a simple tee and worn-in jeans more often than not). 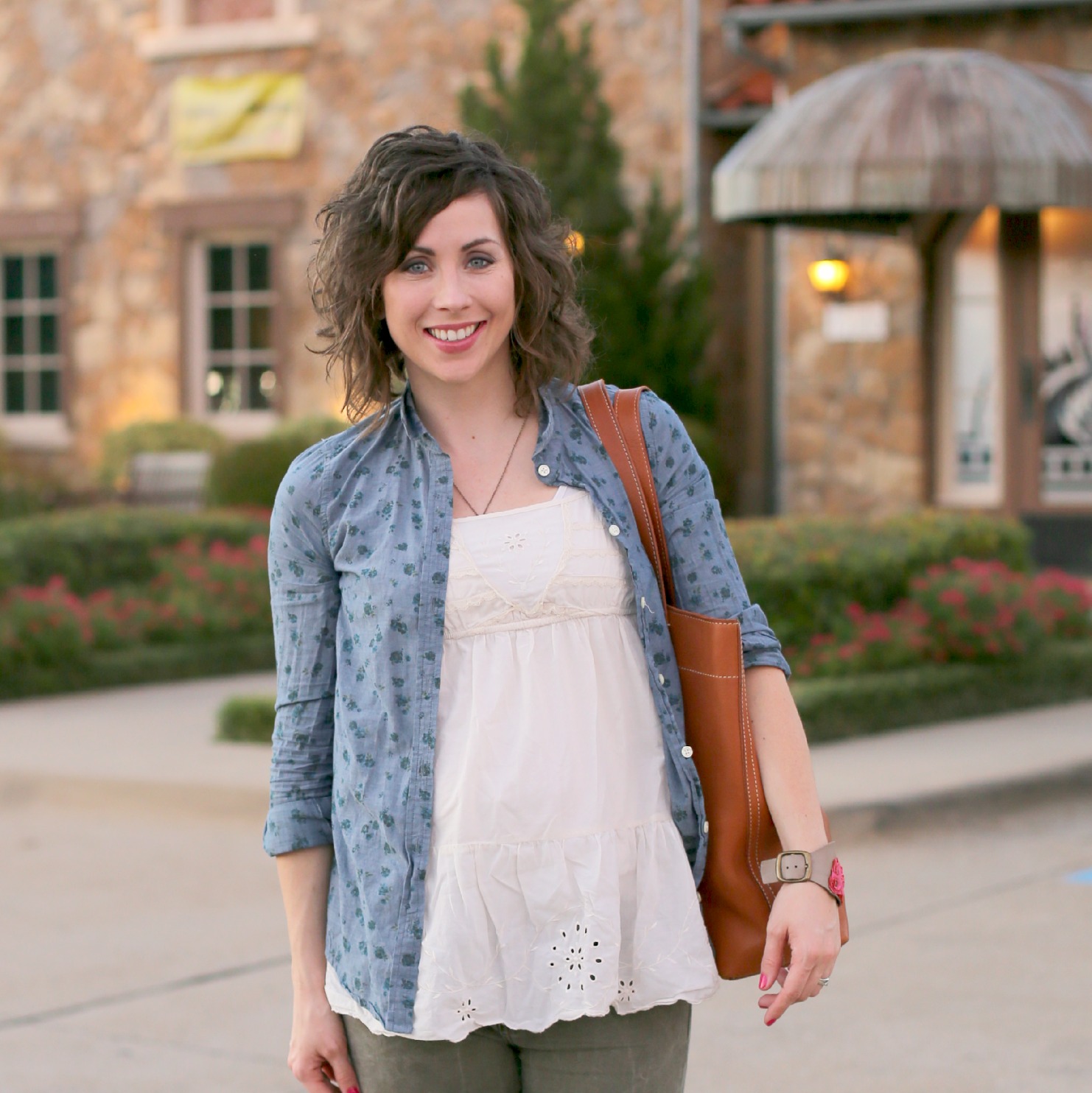 For my part, I was a fan of the flowy top + stretchy jeans combo, which let me consume my fair share of some seriously delicious spinach/artichoke dip and wood-fire pizza and did an admirable job of disguising my then-32-week-pregnant bump.

Miraculously enough, even though the twins went with us and even though we gave them pretty much free rein of our huge booth (which meant lots of climbing in and out of what’s left of my lap), I managed to emerge with hardly a trace of pizza sauce or mozzarella grease on my cream-colored shirt.

Do you guys shoot for regular date nights, or are they pretty hit and miss? Honestly, putting the twins to bed and collapsing on the couch next to my favorite person with a plate full of yummy food I didn’t cook and a good movie to watch feels pretty date-nightish most weeks. But it’s always nice to shake things up, even if there are still a couple of twin monkeys along for the ride.

Does your husband have a “look” he loves on you? Fortunately for me, even though Shaun definitely has preferences, he tends to be pretty complimentary no matter what. Good, good man.

Linking up with Lindsey!