First, have you taken advantage of the Paint and Prose Buy 2 Get 1 FREE flash sale? You still can through midnight today! Our prints make great gifts!

I’ve been ogling the Madewell Transport Tote for nigh on 3 years now. I just never could bring myself to pull the trigger to spend $180 on an unstructured leather bag (or…any bag, actually).

Don’t get me wrong. I love it. It’s beautiful, and it holds tons of stuff. I’ve lovingly fingered them in stores and admired them on the arms of friends. I just…couldn’t do it.

I’ve even stalked ebay for a bargain but  never found a better deal than $100 for a used one with oodles of stains and scratches (I guess there’s that to be said–they hold their value!).

I’d all but given up my search until I typed “Madewell Transport” into the search bar on Amazon, and the Damero Tote

popped up. I was intrigued. It looks really similar to the Transport, and the reviews consistently praise the quality of the leather and durability of the construction. 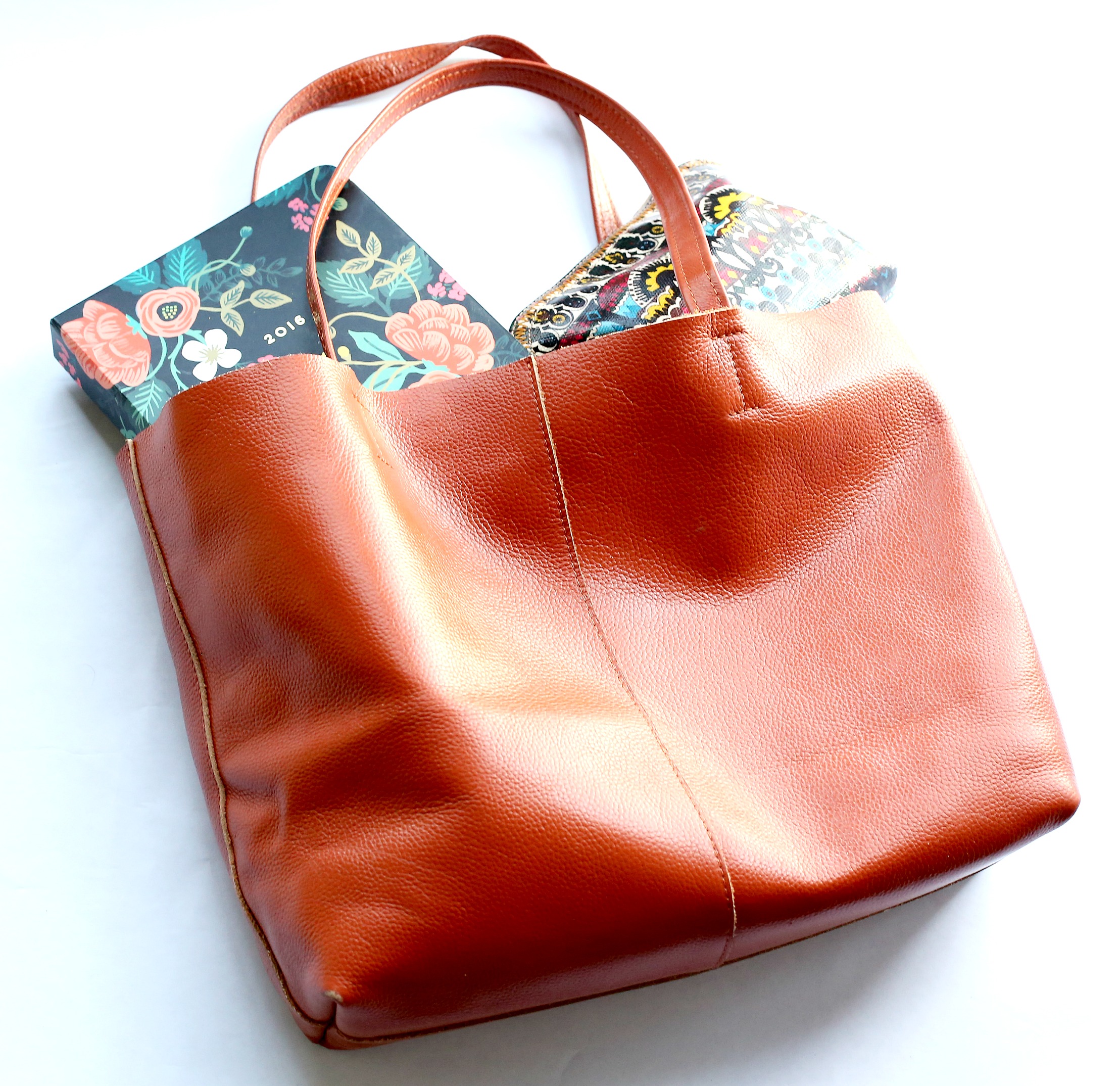 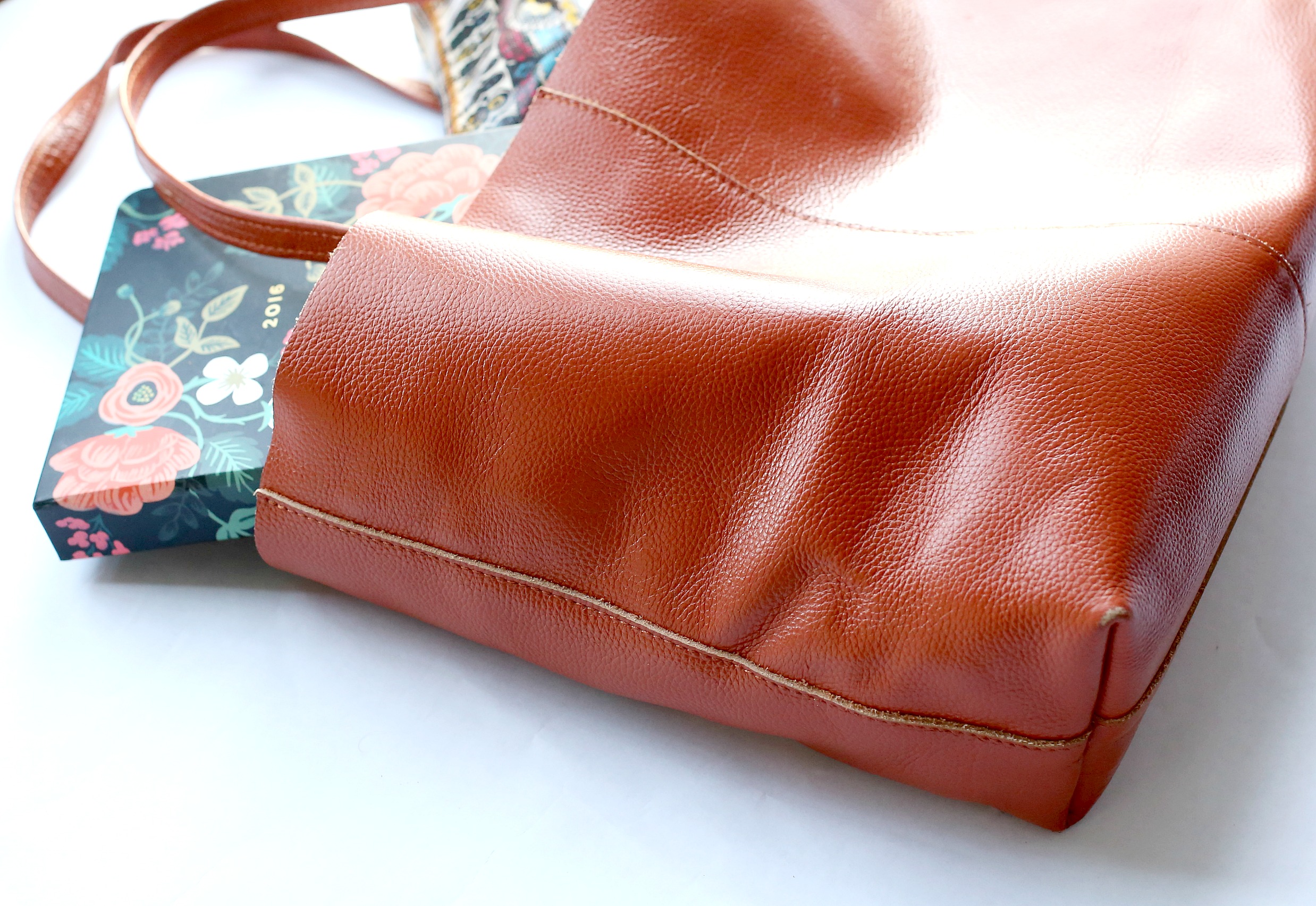 Now, I had some Amazon gift card moolah to spend, so the purchase was a no-brainer. But, now that I’ve had the chance to carry the purse in real life, I can happily say that I think it’s worth every penny of the $60 I spent, and I would buy it even if I didn’t have a gift card. 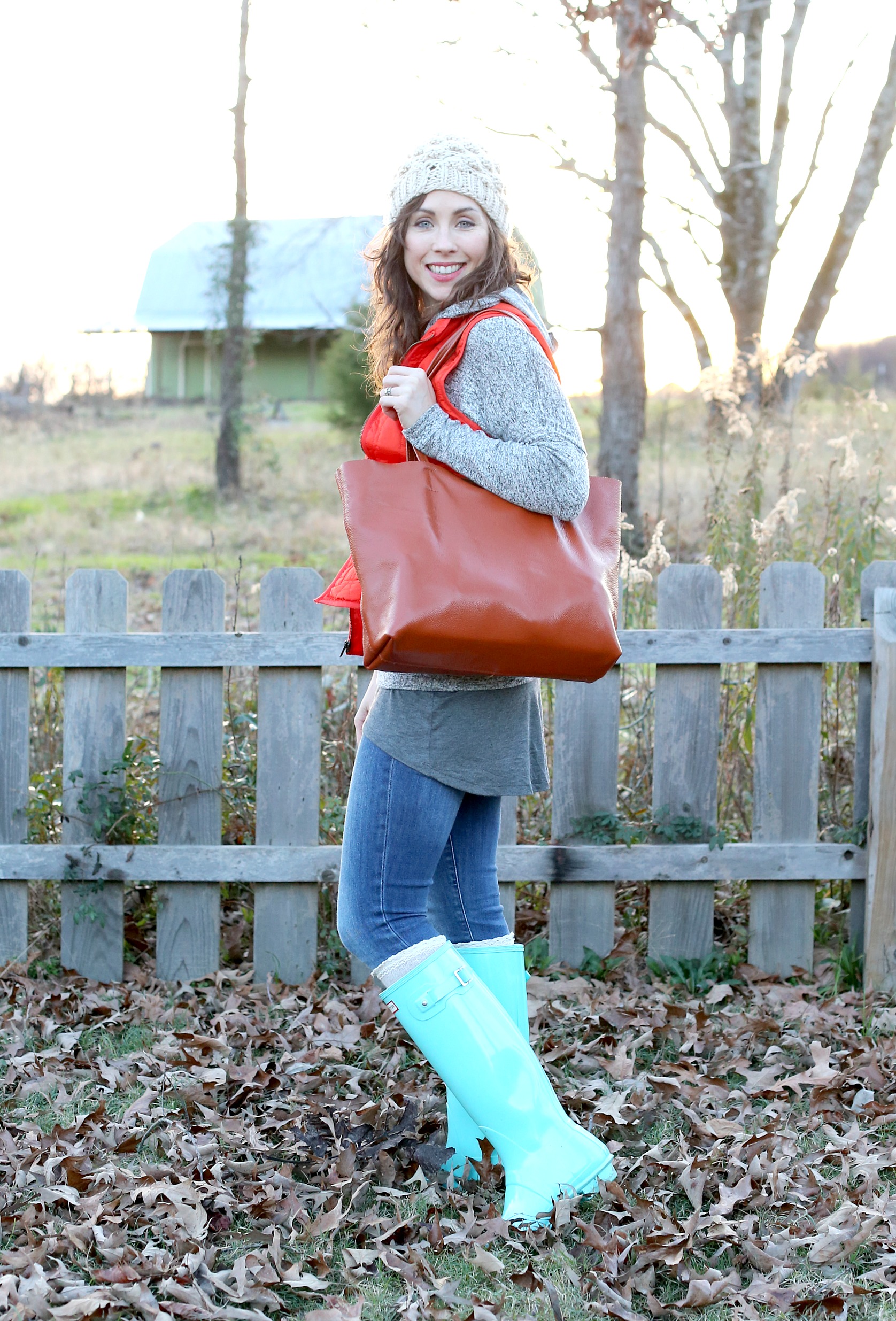 And, no, this is not a sponsored ad (although, the post contains affiliate links that give me a teeeny percentage if you purchase). I just thought any fellow cognac leather simple bag lovers might want to know that there’s a beautiful, high-quality alternative to the name-brand popular versions out there.

I’m not going to do a full-blown, nitty gritty review of every feature, but I will do a quick run-down of the pros and cons in my experience so far. 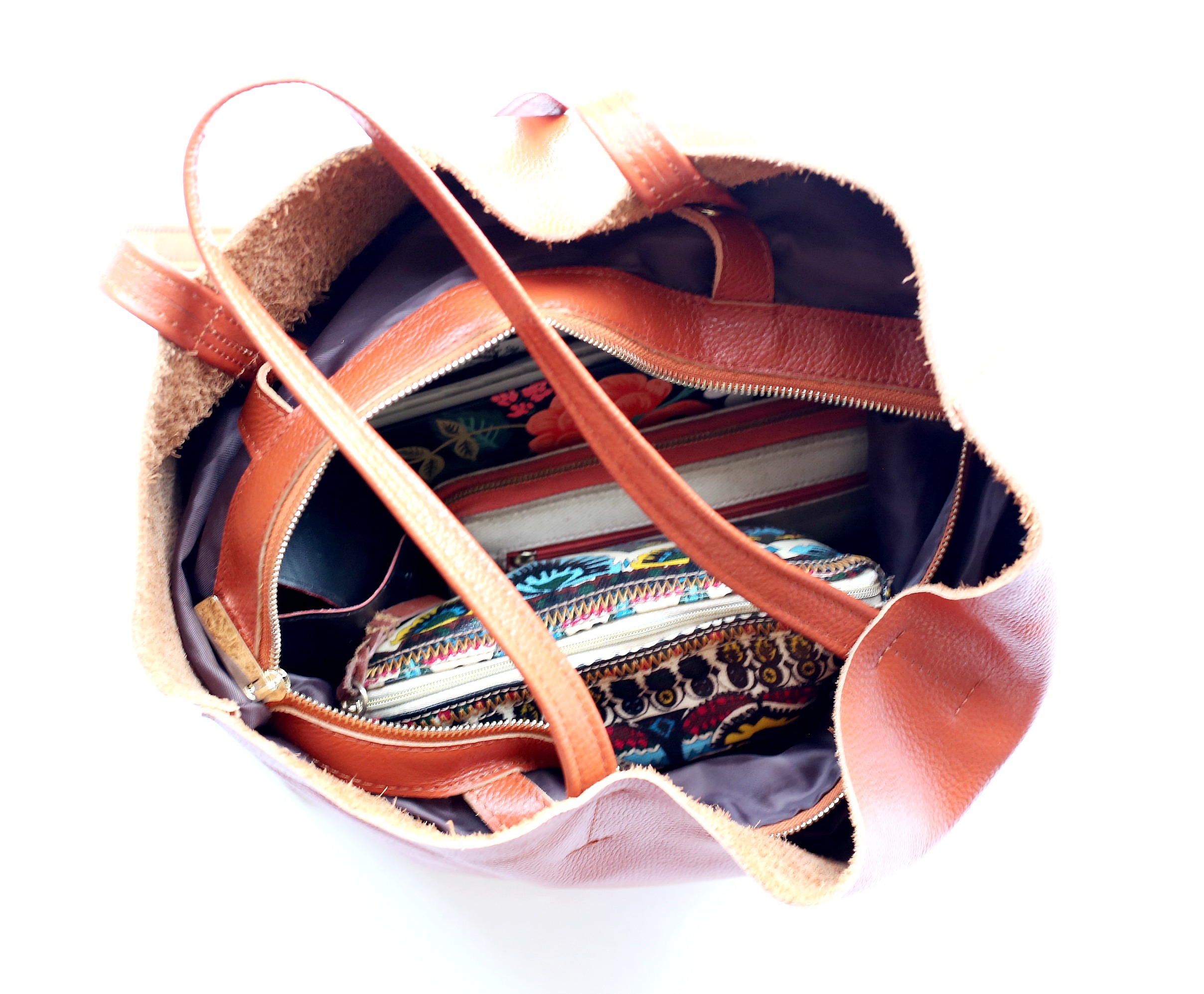 Okay! And now on to the CONS: 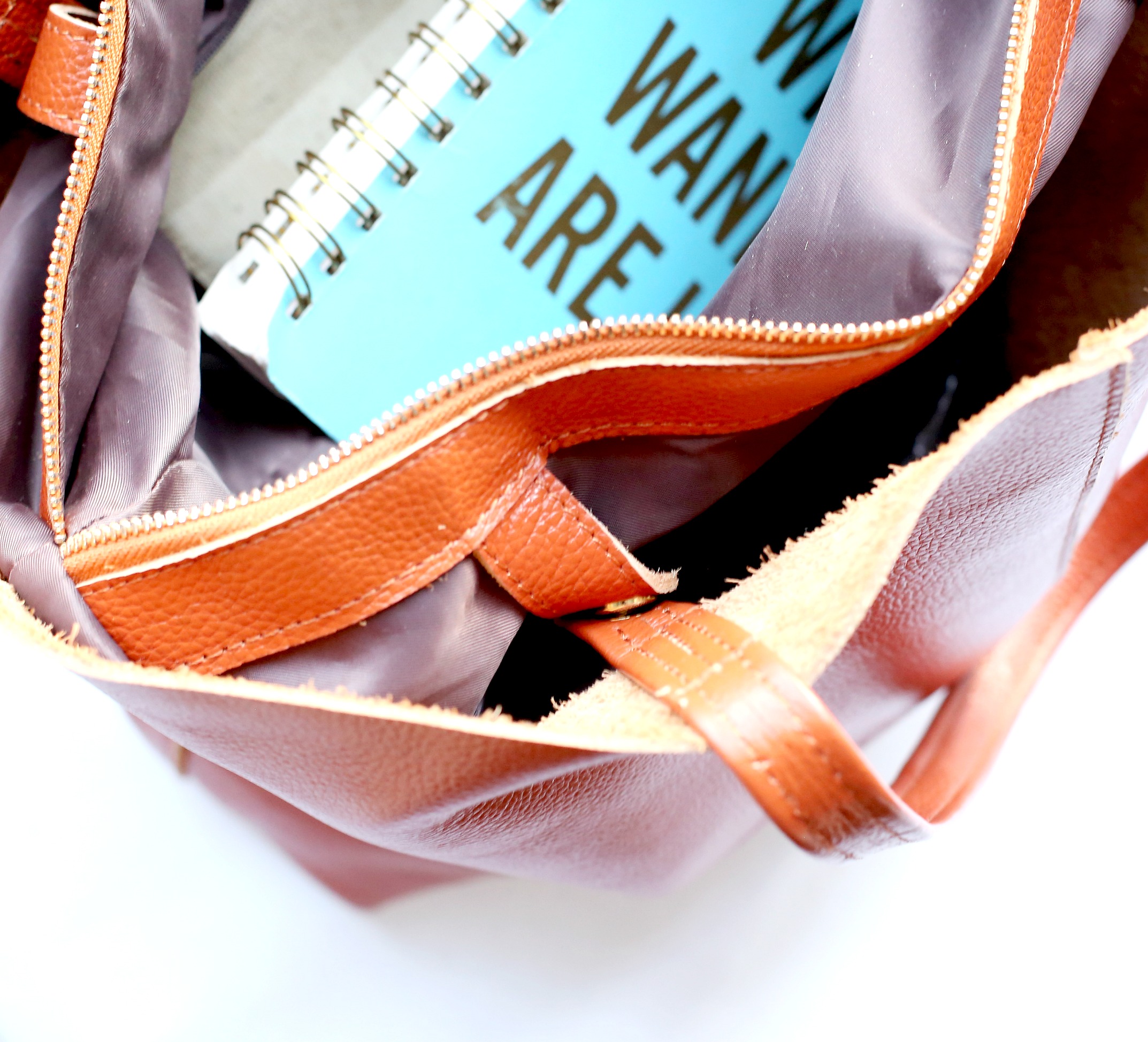 Aaaaand there you have it, folks. 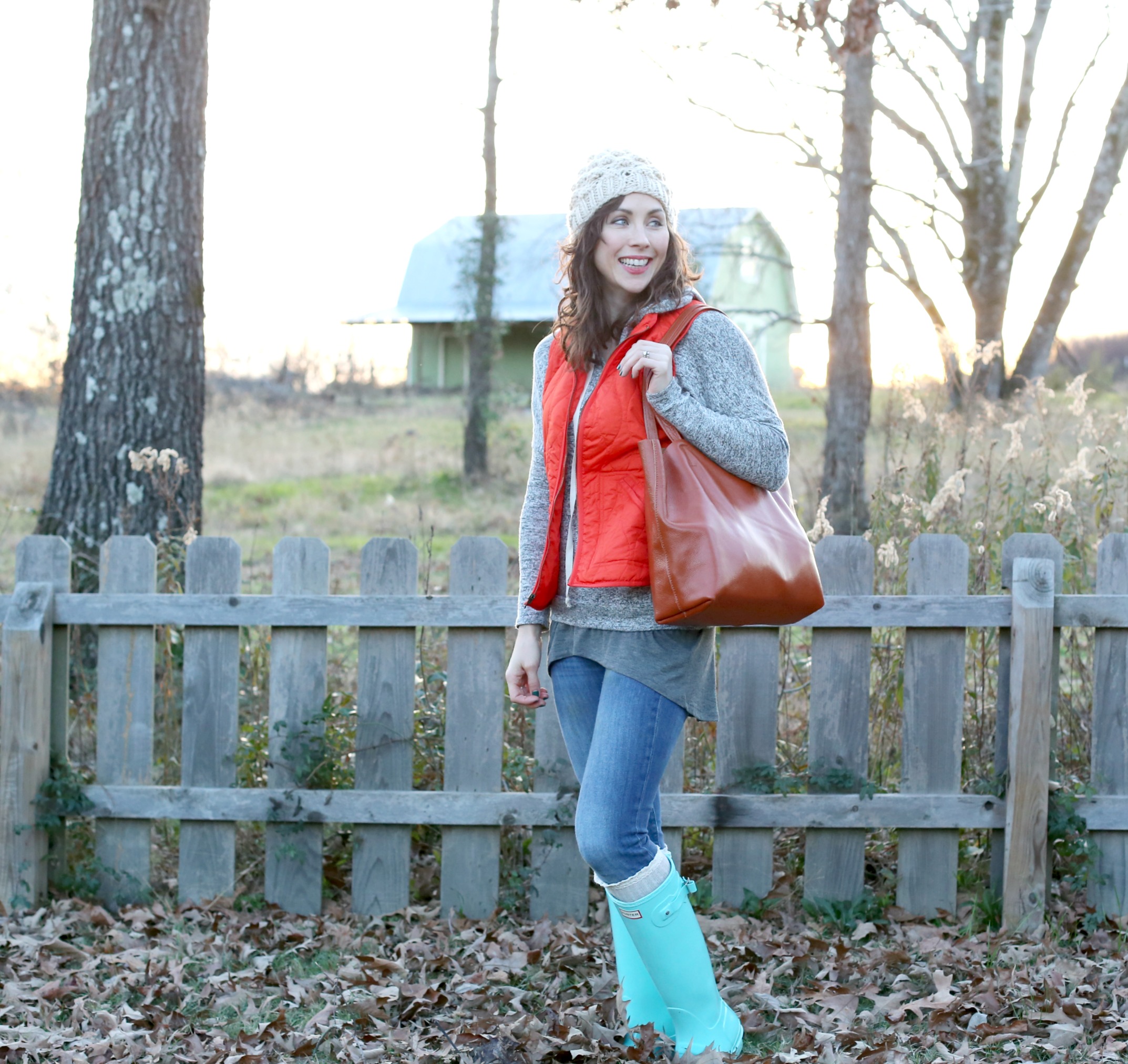 {By the way, Ezra took the pictures of me…didn’t he do great??}

My very honest opinion of a purse that I really love, despite its flaws (which, when I think about it, is how I feel about my three-year-olds at the moment–ha!). I do believe it will serve me well for a long, long time.