Okay, so first off, I’m so glad that y’all got a kick out of Monday’s ThredUP post. I wasn’t sure how many of you would already be familiar with it or might think I was a bit of a nut for getting so excited about having used clothes mailed to my door, but apparently, if I’m a nut, y’all are too because I got an inbox full of referral requests in addition to your blog comments.

HOWEVER, although I went through every single name I received and sent referrals to each of you, I know for a fact that not all of them went through (some of you emailed and let me know, and then some of them just refused to show up in my referral history).

So! If you’re still interested in a $10 code to ThreadUp and are thinking that I’m ignoring you…I promise I’m not. I just can’t figure out how to make them all go through.

HOWEVER (again), I *think* you should be able to use this code whether or not you got an email from me.

Let me know if it works for you!

Okay, so you know from my anti-getting-dressed rant on Monday that I’m not super into wearing normal clothes these days.

Which is why, I have to admit, that this post is a bit of cheat. Shaun snapped these shots of me after church one day a couple weeks back (I think I was 37ish weeks along). But I never actually got a post written about them. 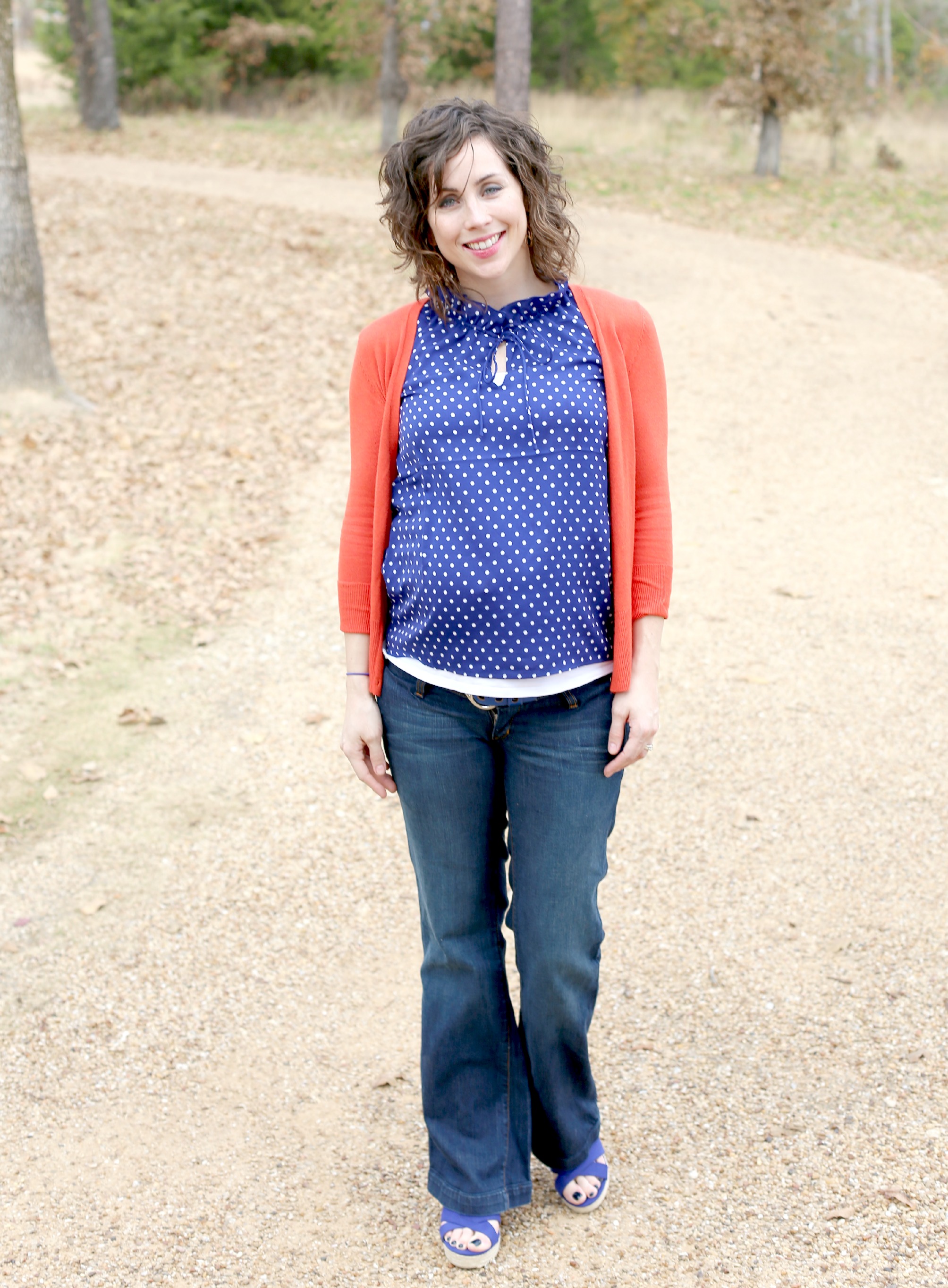 The funny thing is that, even though I’m still measuring about a month behind, at almost 40 weeks now, I’m getting every belly-reaction possible–from the woman at Beall’s who said, “Goodness! You’re about to pop, huh?” to the lady who made me turn sideways and told me I couldn’t possibly be ready to deliver a baby because my belly wasn’t big enough (both of these occurred on the same day while I was wearing the same outfit). 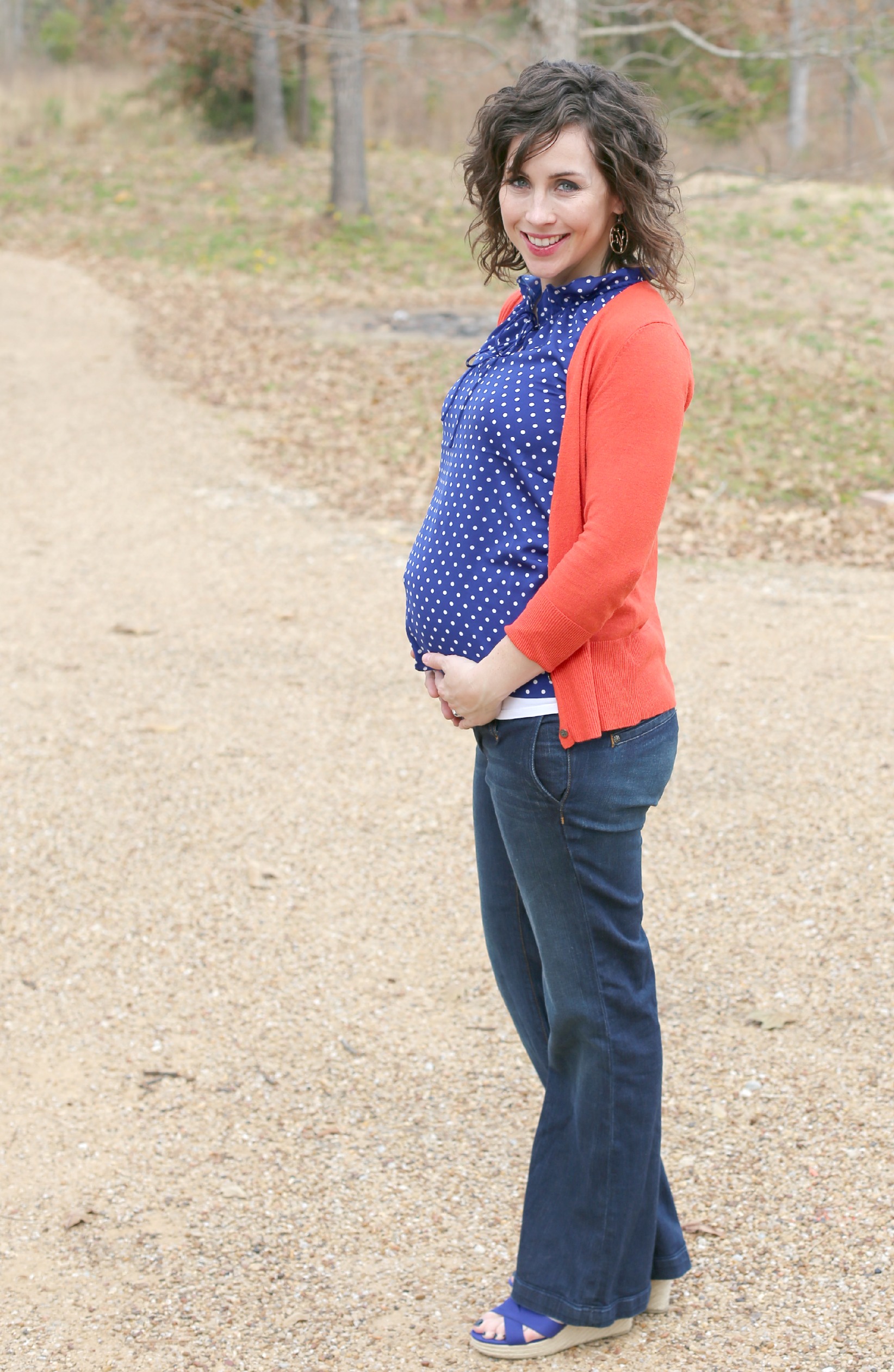 So, I have no idea what to think about how pregnant I look or not, but I know this: I’M READY.

I shouldn’t be. I should be totally content with being pregnant for another few weeks (since I probably will be), but the reality is this funny meme that my friend, Shanna, sent me: 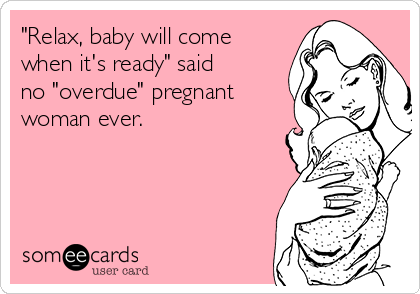 Of course, I agree with the “overdue” part being in quotation marks since I genuinely believe that God’s timing is perfect and that babies come when they are good and ready.

HOWEVER (take three). While I haven’t even reached my official “due date” (which ranges anywhere from tomorrow through Sunday, depending on the source of the info), and  I’m MOST happy with whatever date gives him the healthiest entry into this world, it doesn’t mean that I wouldn’t prefer him on the outside where I can hold him rightthisverysecond. 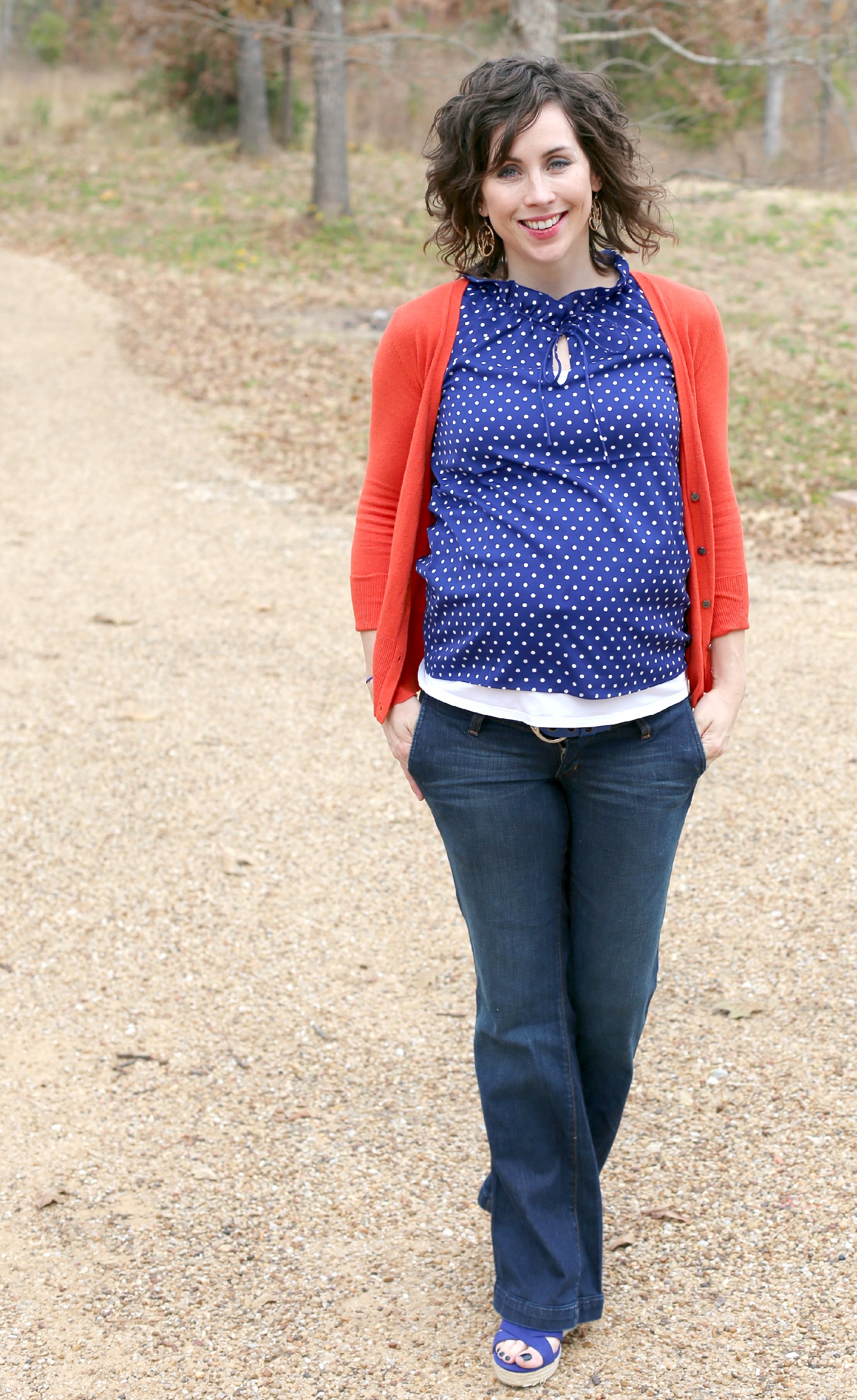 I will say, though, that–while it’s been a lesson long in coming–I think I’ve finally, mostly (pretty much) gotten the hang of not worrying about it too much. (I almost lost my mind when, after having Ezra, my first, 6 days early, my next two BOTH showed up two weeks “late,” and then the twins hung around for 39 weeks and 4 whole extremely uncomfortable days).

Just the other day, as I felt that familiar antsy feeling creeping up my spine, I forced myself to open my Bible to the Psalms right then and there and read about God’s unfailing goodness and how He has a plan for my life that far surpasses any that I could conjure up. It helped a lot. It doesn’t mean that I didn’t get a bit frustrated again yesterday (hey, I need lots of reminders). But every time I turn to Jesus with my jitters–which is usually the truly overdue thing in my life–I’m amazed (I shouldn’t be by now) at the almost tangible peace that overtakes my anxious heart.

As my blog friend, Ruth, is always saying, “Motherhood is sanctifying.” And, I might add to that, “Pregnancy too!” 🙂

Of course, pregnancy is hardly the most anxiety-inducing thing on the planet, and I know many of you have worries that far surpass anything I’m dealing with right now.

So, I thought I’d take the opportunity to turn this post around to you and encourage you to take your worries to the Lord today, whatever they are.

And, if you want, you can even email me at blogabbie{at}gmail{dot}com if you’d like me to pray for something that’s keeping you up at night, and I would be honored to lift you up before our Father in heaven. I mean, you’ll get prayed for, and I’ll have something other than the fact that I’m not in labor to focus on when I wake up in the middle of the night. It’ll be good for both of us, I promise!

Linking up with Lindsey