There was a time, when the twins were babies, that going anywhere with all the kids–outside of the obvious difficulties–was an, ahem, adventure simply because of the comments, looks, and not-so-subtle whispers directed our way.

I don’t think they were unkindly meant. Or if they were, I didn’t know it. Some were really encouraging. Others were highly inappropriate and thoughtless. Still others were downright silly (because, no, people, one of the identical twins outfitted in pink dresses, bows, blankets, and riding in matching pink car seats is NOT a boy. Also, yes, they are identical. And, no, not boy-girl identical twins. That’s impossible). 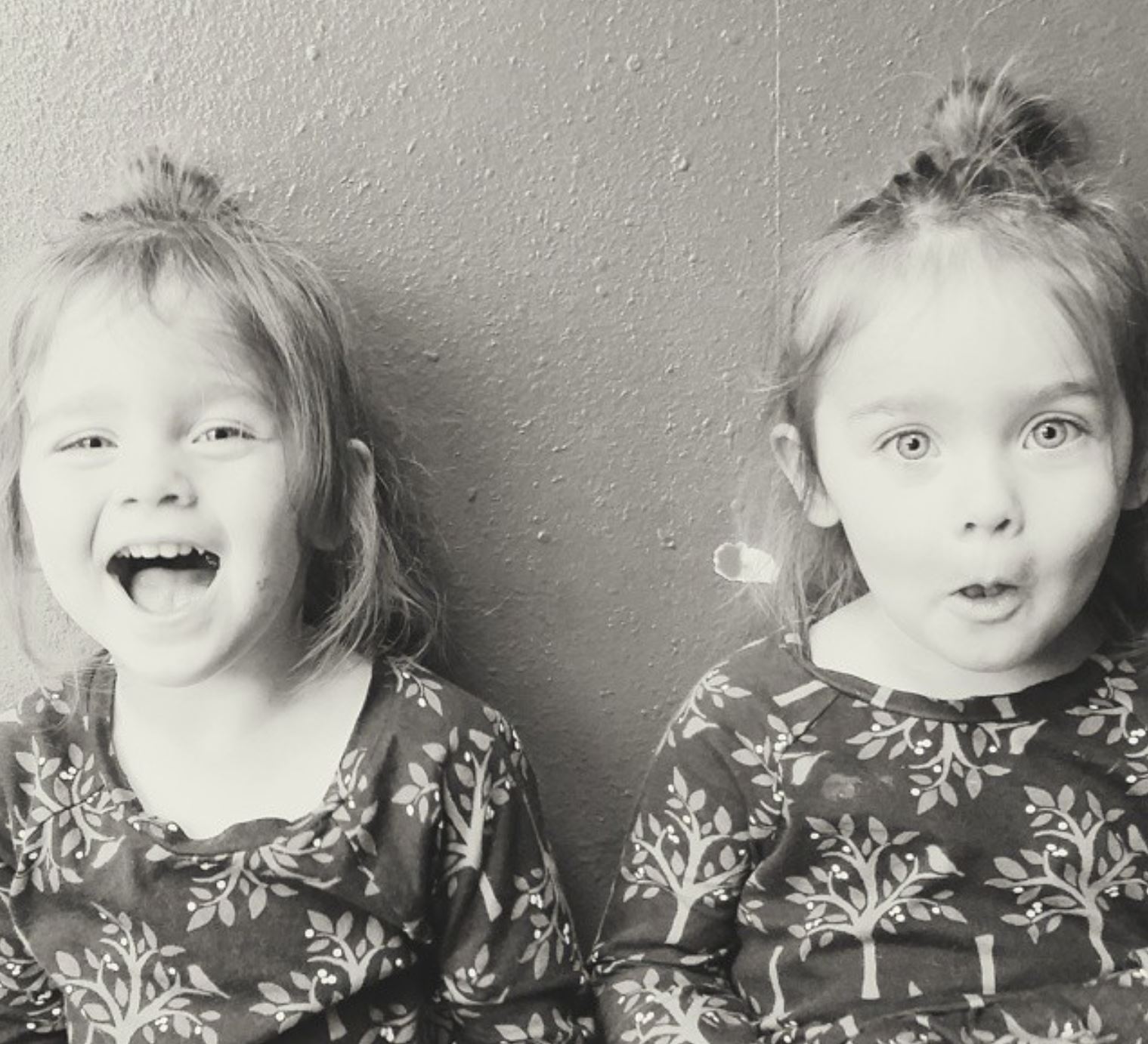 I can’t say that I was too surprised, though, because, quite honestly, a woman out alone with 5 small children (especially with two in infant car seats at one time) is a pretty rare (and comical) sight.

I can distinctly remember an abuelita (Spanish for “grandma”) delivering a kindly lecture in the checkout line at Target on the dangers of having your infant’s head cockeyed in her car seat (Nola’s head, which wouldn’t stay put, even with the newborn insert, had just slid sideways before the lady spotted me, and she assumed that she had been riding around like that the whole time). The thing that makes that memory stick was not the lecture itself but the fact that she gave it in Spanish. Now, I speak Spanish fluently, and I understood her perfectly. But there was no way this sweet little old lady could have known that, considering that I look like a total gringa (white girl) and had never met her in my life.

But her assuming manner was pretty indicative of the way everyone treated us when we were out and about. Apparently, we were public property. And for someone who would much rather just get her shopping done without ever talking to anyone, it took some effort to perfect the gracious nod and smile. Believe me: I tried the intense tunnel-vision plus purposeful cart-pushing approach…but to no avail. A truly motivated “commenter” would inevitably imperil her own life by jumping in front of my charging cart with a chirpy, “Are they TWINS???” (Good thing I had also perfected the screech-halt).

When I found out I was pregnant with Theo, I kind of thought, “Welp. That’s it. We’re never going in public again.”

I mean, six? That’s kind of pushing it for outings in public, don’t you think?

But, in reality, our routine hasn’t changed much. I still do errands all over town with a (slightly larger) gaggle of small children with me.  But the weird thing is that I feel like we haven’t gotten as many comments lately. 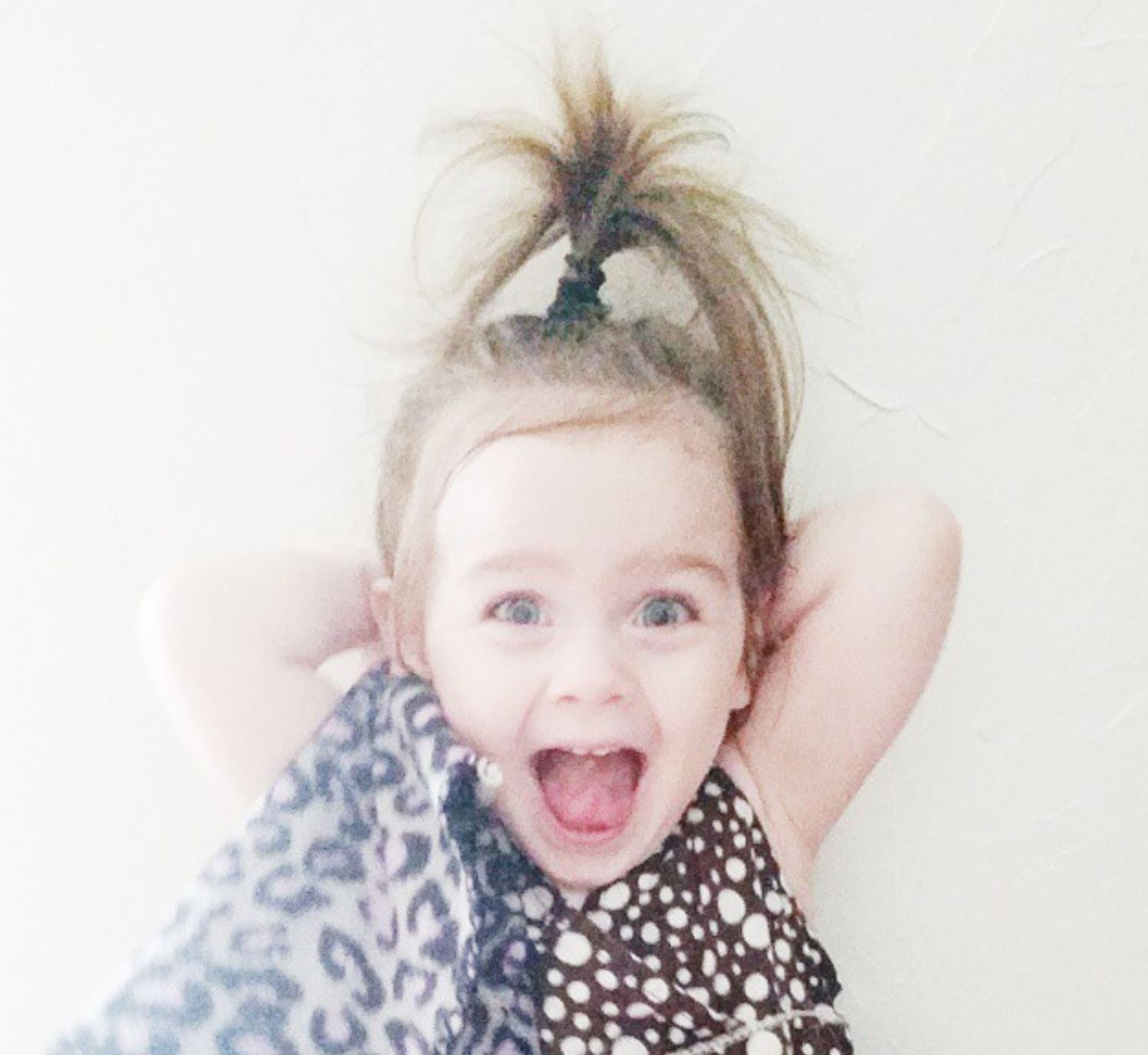 Part of that is because I now avoid going to Walmart as much as humanly possible. 🙂 Part of that is because my boys are older and tall for their age, and you get fewer comments if your children aren’t all tiny. But I really think that the novelty of twin girls in car seats drew a large part of the attention before, and now that they are toddlers, out of their car seats, and not as obviously identical (when they’re not dressed alike), we’re not quite as fascinating.

Whatever the reason, I’ve enjoyed the respite from the attention…until the past week. At Chick-fil-a last week, I overheard a guy from the gym telling his friend as we walked by them that he “always felt so sorry for that lady.” And then there was the lady at the gym who absolutely refused to believe that I didn’t have a nanny because how could I possibly be expected to cook and clean and grocery-shop for such a horde all by myself? (I didn’t dare tell her that we home-school for fear that her brain might explode). 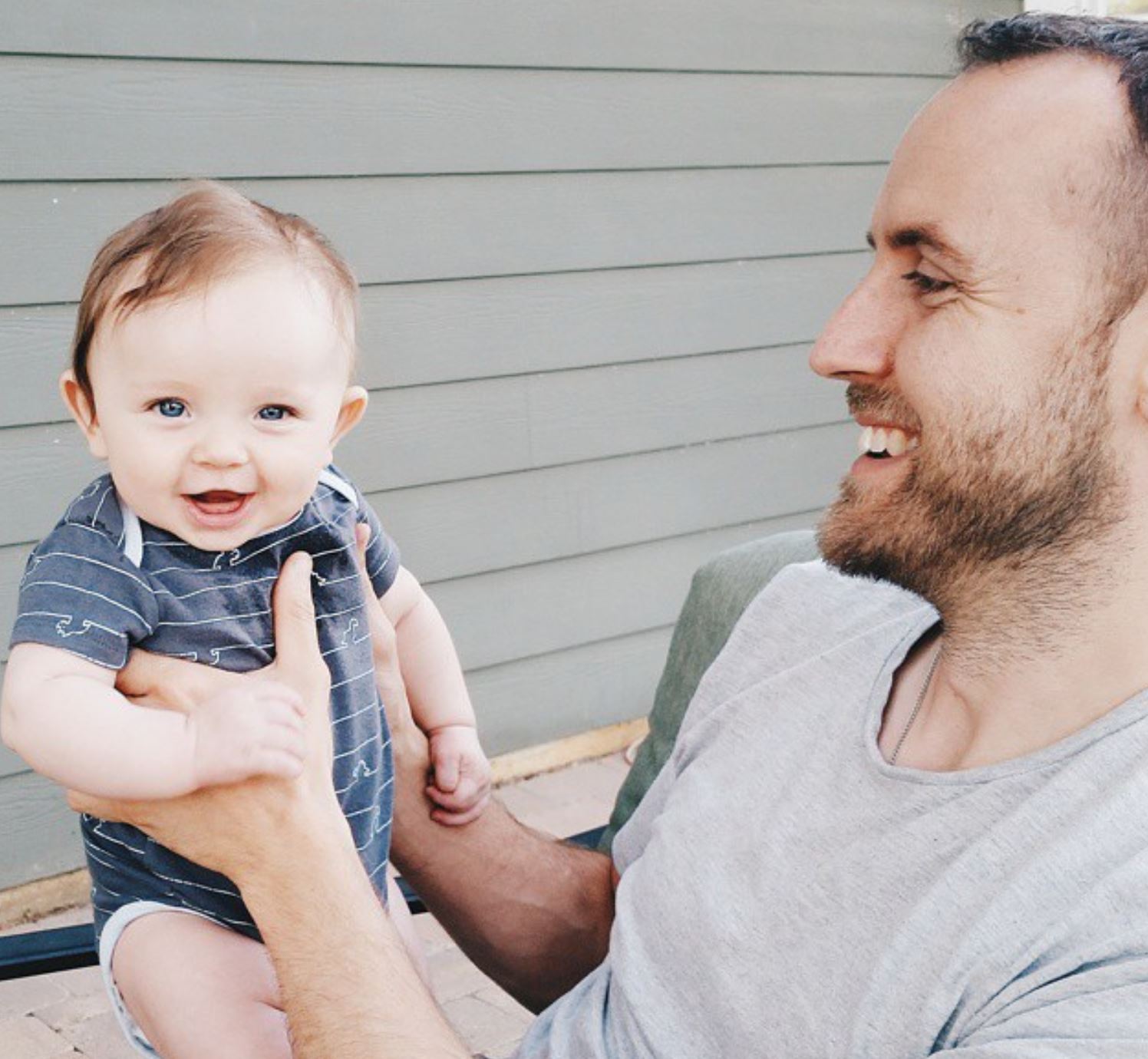 And then, most notably, was the employee at Chick-fil-a (yes, again…Shaun’s been traveling a lot, and Tuesday night Kids-Eat-Free is our big chance to go a little cuh-razy at the local play place). When she spotted my crew all crammed into one table with barely enough seats for us all, she came over and asked how many I had. When I told her, she said, “Oh my, SIX! I have a cousin who had six. And you know what? She wanted all of them.”

I glanced at Ezra, saw his forehead crinkle a little, and said brightly, “Oh, me too! I wanted all of mine too.”

I guess she didn’t hear me because she continued with: “Yes, she was actually happy every time she found out another one was coming.”

The honest-to-goodness truth is that my feelings upon finding out that I’m pregnant are usually a bit mixed. I’m mostly thrilled (with this time being the notable exception), but I’m also a pragmatic sort, and I understand fully what adding a new little life will mean for our family. Or, should I say, more particularly, what it will mean to me. More work. Less sleep. 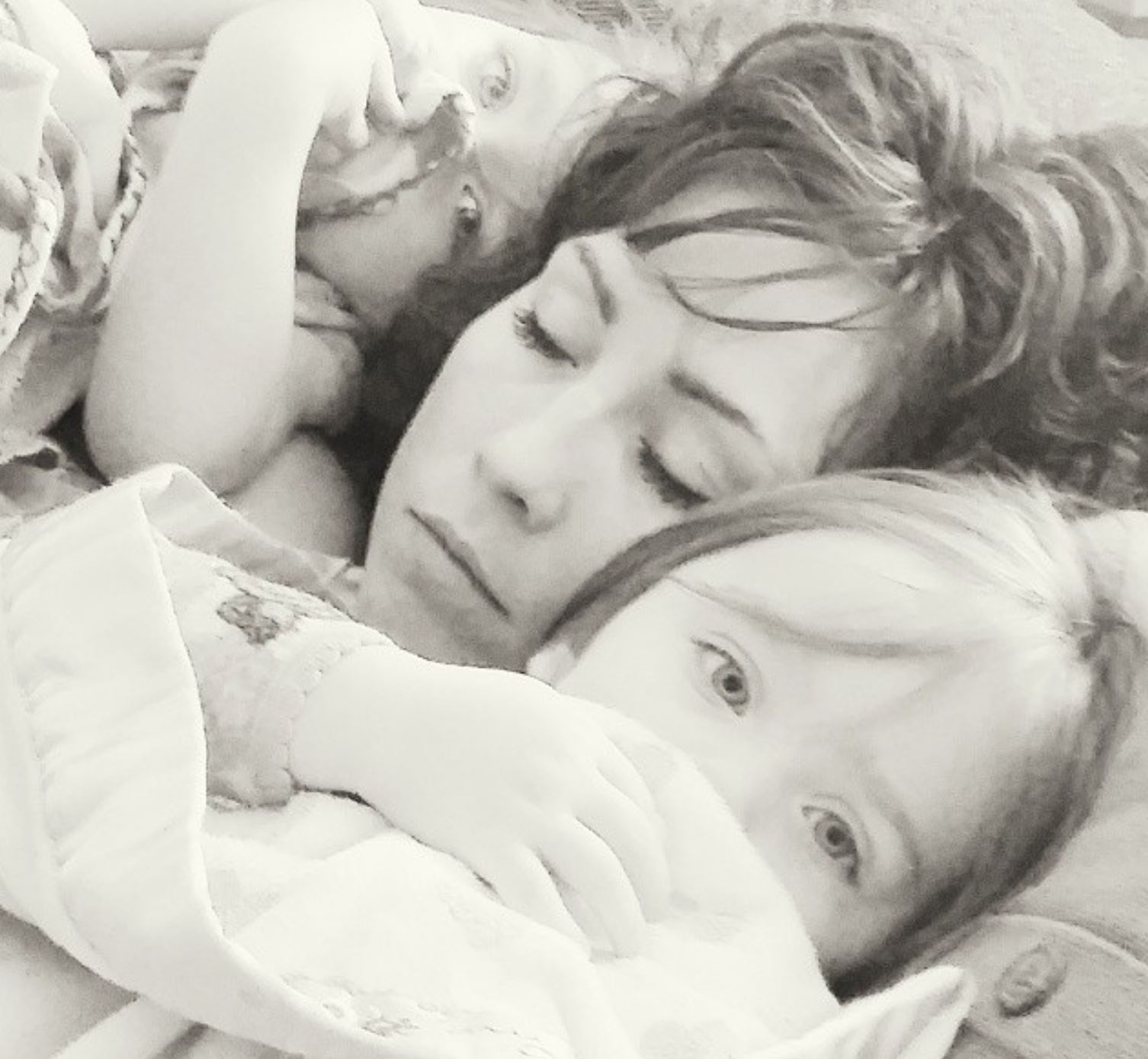 And so, I answered truthfully when I told the lady that I was excited for each of my babies. Because, regardless of any naturally hesitant emotions at the thought of more responsibility, I’m excited to see how the Lord will work in my heart and give me a new and different, yet equally intense, love for each little life that he entrusts me with. 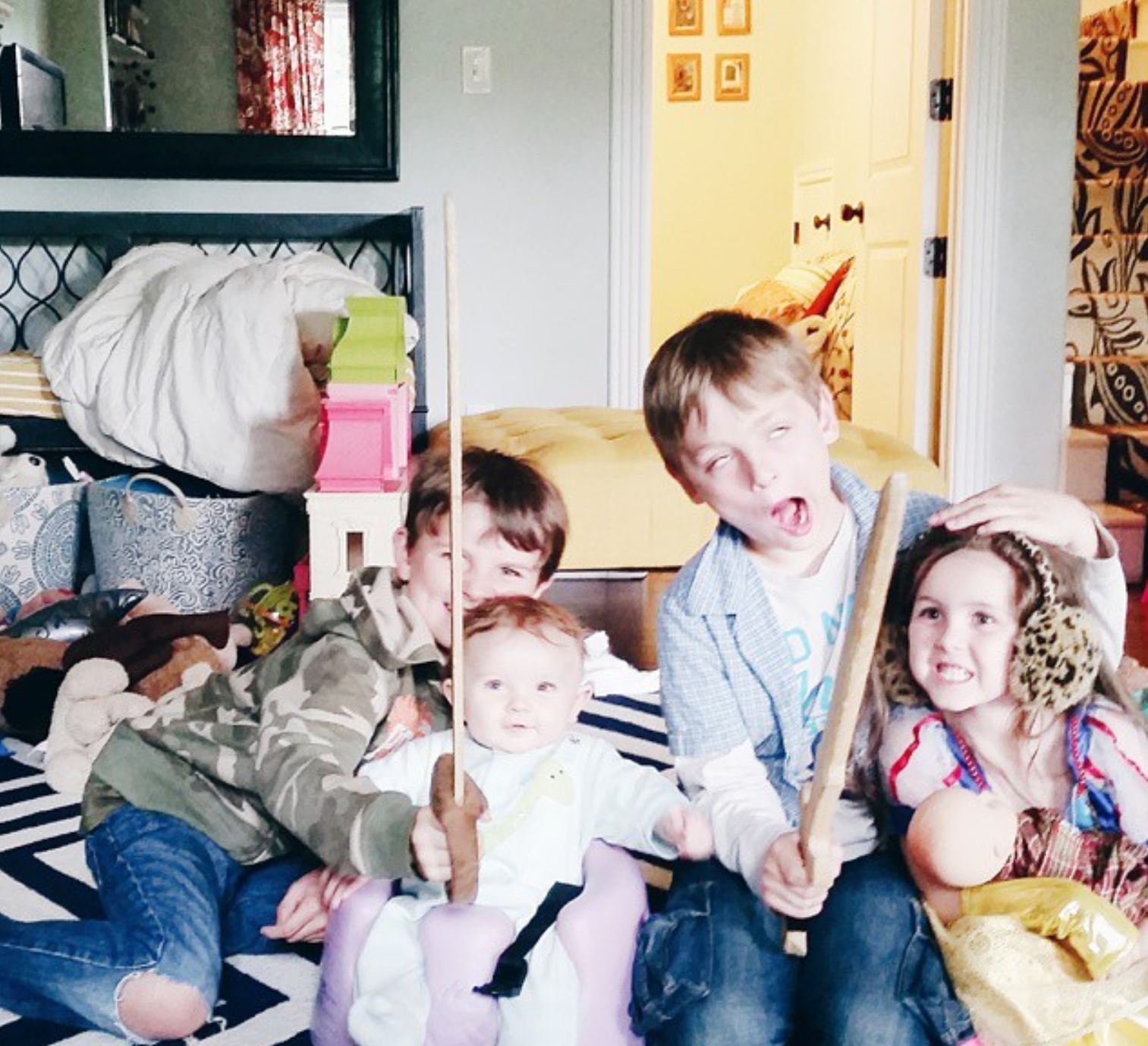 Always in the past, when I got the comments, I had my go-to responses like, “Oh, it’s a lot of work, but we also have a lot of fun,” or, “We’re really blessed and grateful that we get to have them.” I was determined to be realistic and truthful but unflaggingly positive. Initially, when my kids were really little, my motivation was to give motherhood a good name. And to give the glory to God. (My usual answer to “HOW do you do it?” is: “One day at a time, and lots of Jesus”).

But, a few years ago, I read something that my friend Kristy (who has 5, including twins) wrote about preaching the gospel to her children when they heard disparaging or belittling comments in public (she lived in the Pacific NW and got much harsher comments than I typically do here in East Texas). And my perspective shifted from that of “putting on a good face” to “how does all of this attention make my children feel?”

Now, I respond even more enthusiastically than ever because my children are listening. Oh-so-closely. Apparently, very few other people have this perspective. I can only assume they don’t, or they wouldn’t say some of the things they do in front of them. Things like: “Can you imagine being excited about all of them?,” or “I feel so sorry for you.” 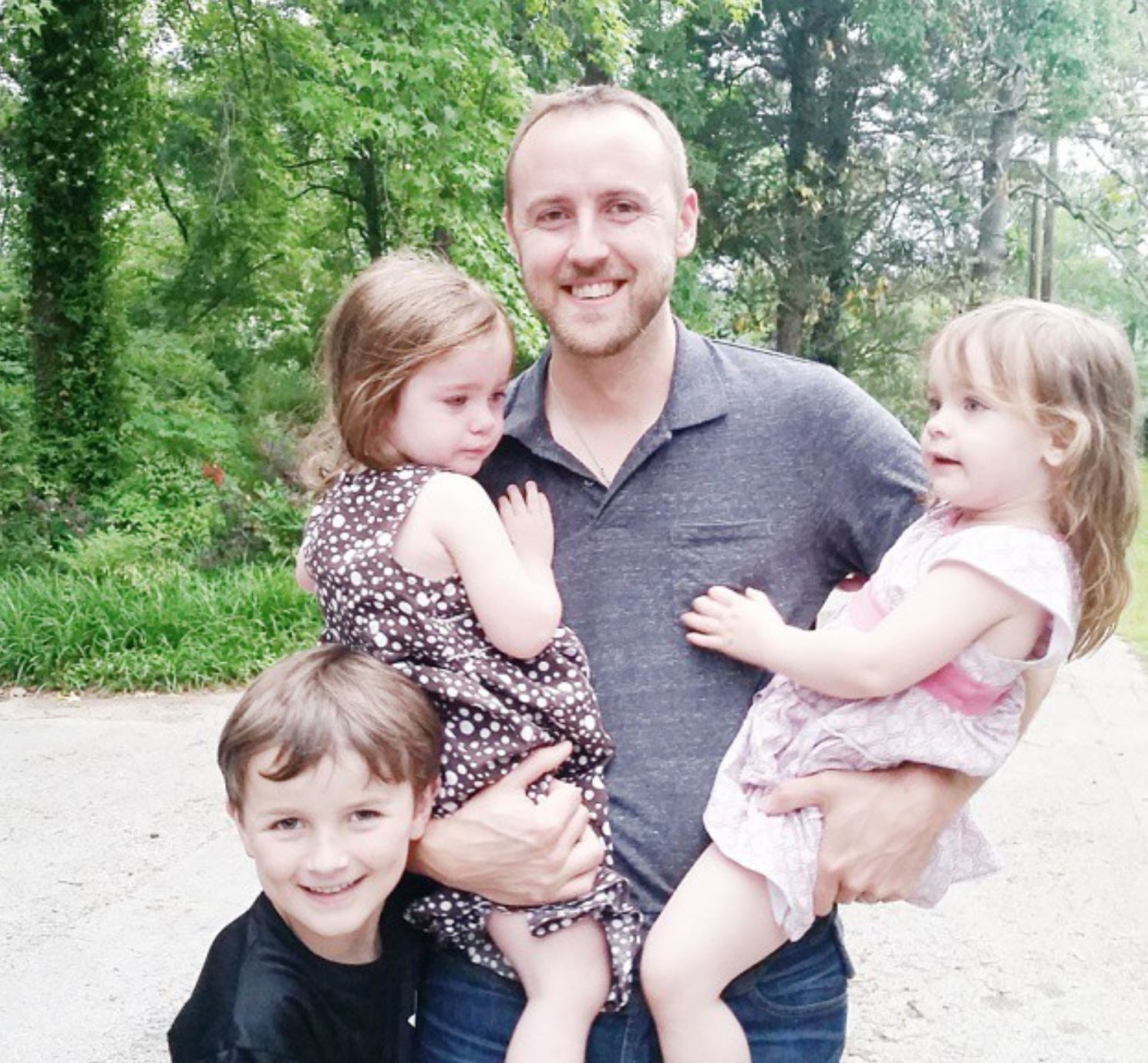 If they thought about their children’s listening ears, I have to think that surely mothers wouldn’t say things like, “I only have two, and they drive me absolutely nuts,” while their “only two” stand at their elbows and drink those words in.

So, here is my encouragement to you: wherever you are in your journey with children, whether you have 1 or 12, whether they were planned or complete surprises, whether you’ve just had a total disaster of a shopping trip or they’ve been quiet as church-mice…

Choose to speak truth in front of your children. And that truth is this: “Children are a gift from the Lord. The fruit of the womb is a reward.”

Maybe you “only” have one, and that “only” makes you feel like less of a mom than you know you are. Maybe you have all girls and are just. so. tired of everyone assuming that you’re only pregnant again because you’re “trying for your boy.” Maybe you have 8 and think that if you get asked, “Do you know how this keeps happening” one more time, you will lose your ever-loving mind.

We all have our pet peeves.

But we owe it to our children to model graciousness and thankfulness, regardless of how many pieces of our own tongues we have to chew up and swallow to get the kind words out.

Because our kids have big ears. They are listening. They will ask you about what others say (and how you respond). They will mimic your mannerisms and your expressions.

And they need to hear you say to their faces and to the world they are wanted, loved, and worth it.