So, I think when we left off on the oh-so-scintillating recap of our Colorado trip it was with a pic of my chowing down on pizza, yes?

Well, the good eats just kept coming (I’m not planning a dedicated food post, but there was a lot to like about the food options in the area), and so did the fun activities.

Simon, who loves the outdoors like a mama loves naptime, had been begging to go hiking in Colorado, pretty much since he discovered that the concept existed.

So, hiking we went. With 6 kids. And a non-sport stroller. On a gravelly path. AKA: death to your calf muscles. 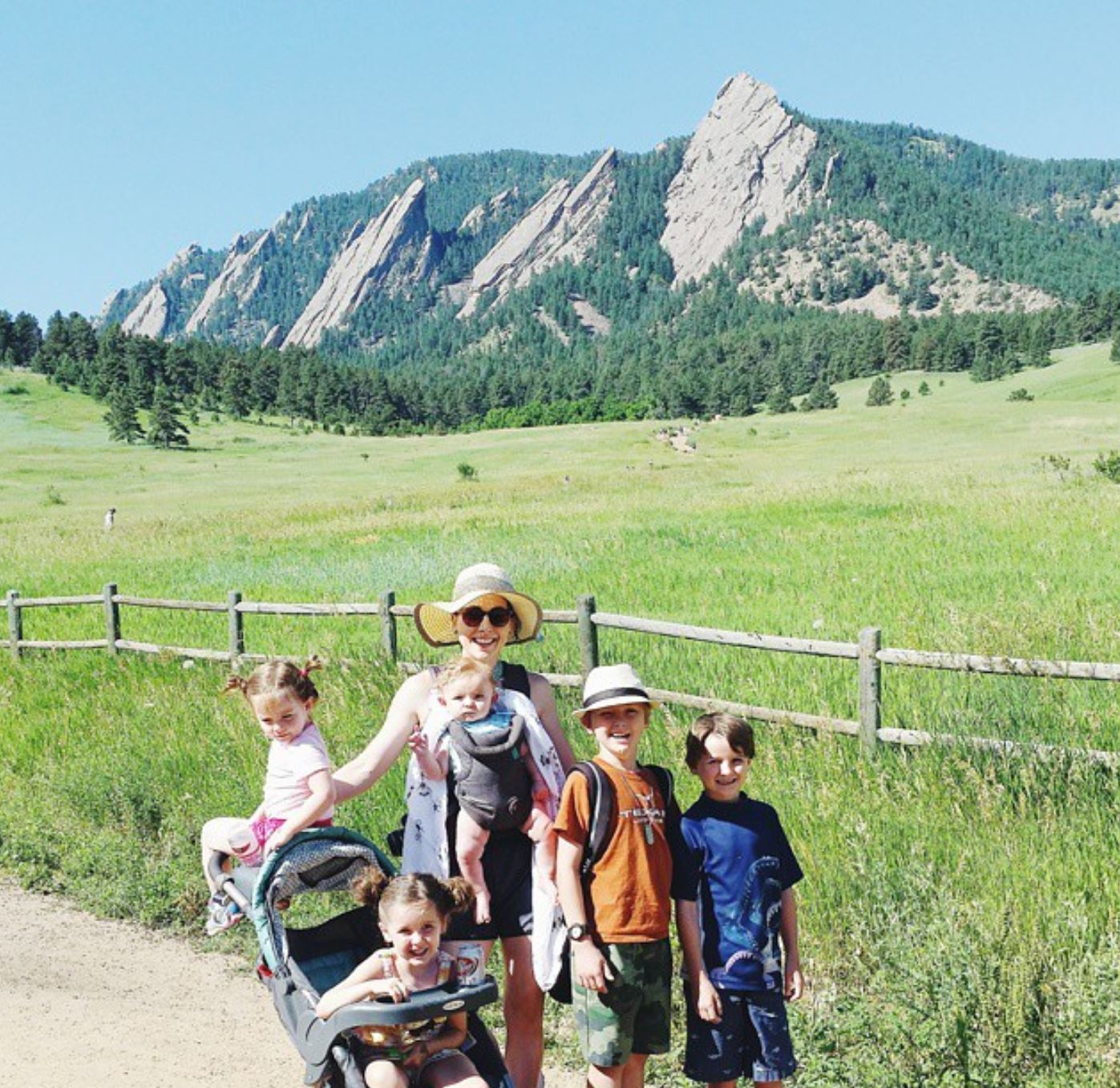 At least 10 people coming down the mountain when we were on our way up looked like they wanted to either laugh or cry for me as I puffed my way along wearing Theo in a carrier and pushing Della and Nola in the stroller. But, as ridiculous as I knew I looked, I also knew that I was getting a stellar workout (that pizza I was holding in the last post was more of a theme than a cameo), so I turned down all of Shaun’s offers of: “Are you SURE you don’t want me to take a turn now?” and tried not the pass out in the whoa-this-is-much-higher-than-I’m-used-to elevation. 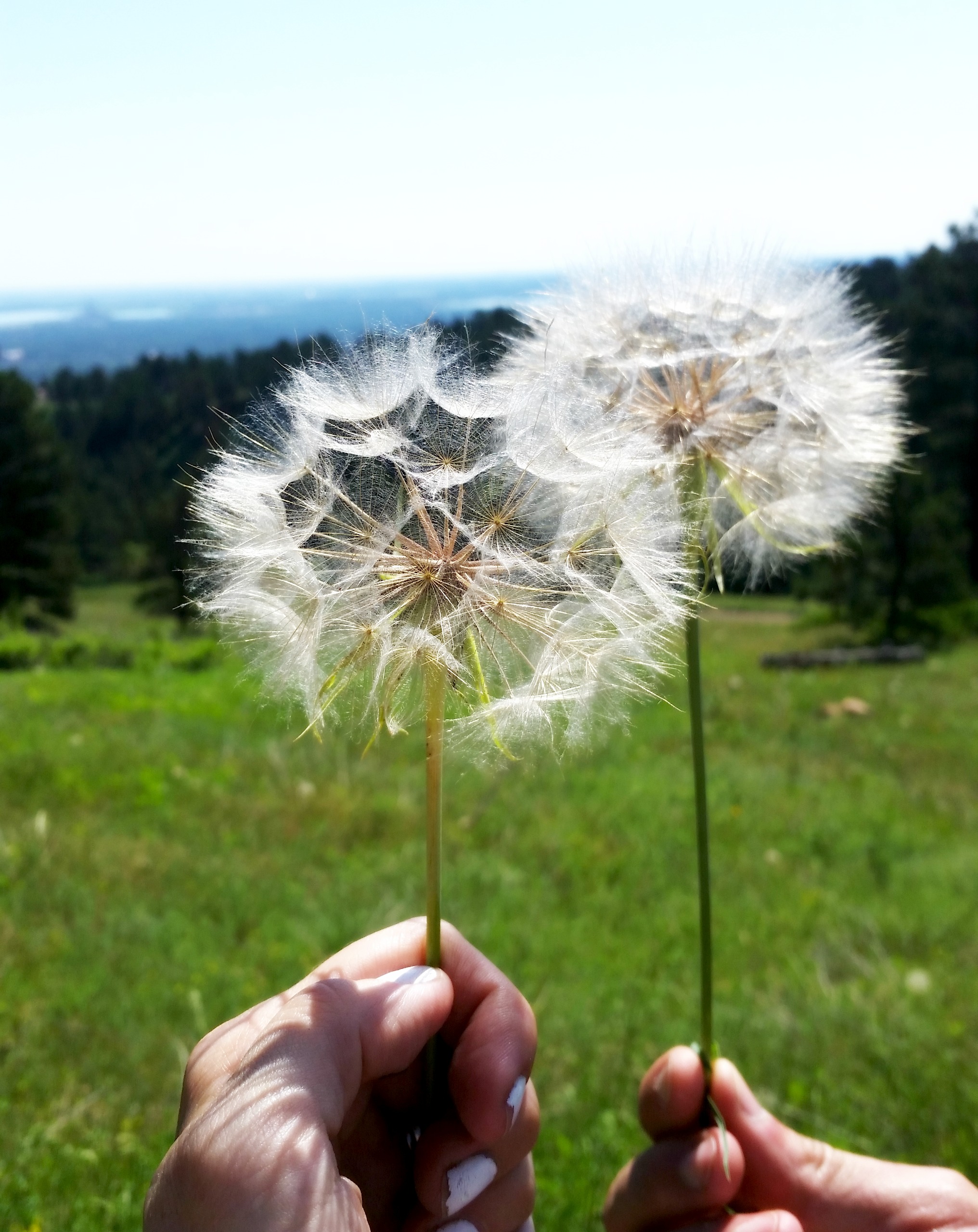 At least there were giant his/her dandelions waiting for us at the “top” (code for: as high as we got before the kids started melting down). (Not that either one of us had enough breath left to actually blow all those little fuzzies off to make a wish).

Simon, for his part, discovered that he doesn’t like hiking. He likes walking on flat paths through nature, while taking long breaks to catch lizards. Why hike when you can flit?

Putt putt golf, though? That was an entertainment medium that all my kids could get behind.

And by “get behind,” I really mean that they were all very, very capable of losing their mini golf balls (sometimes intentionally…ahem, Nola) and then fishing them out of the water features. 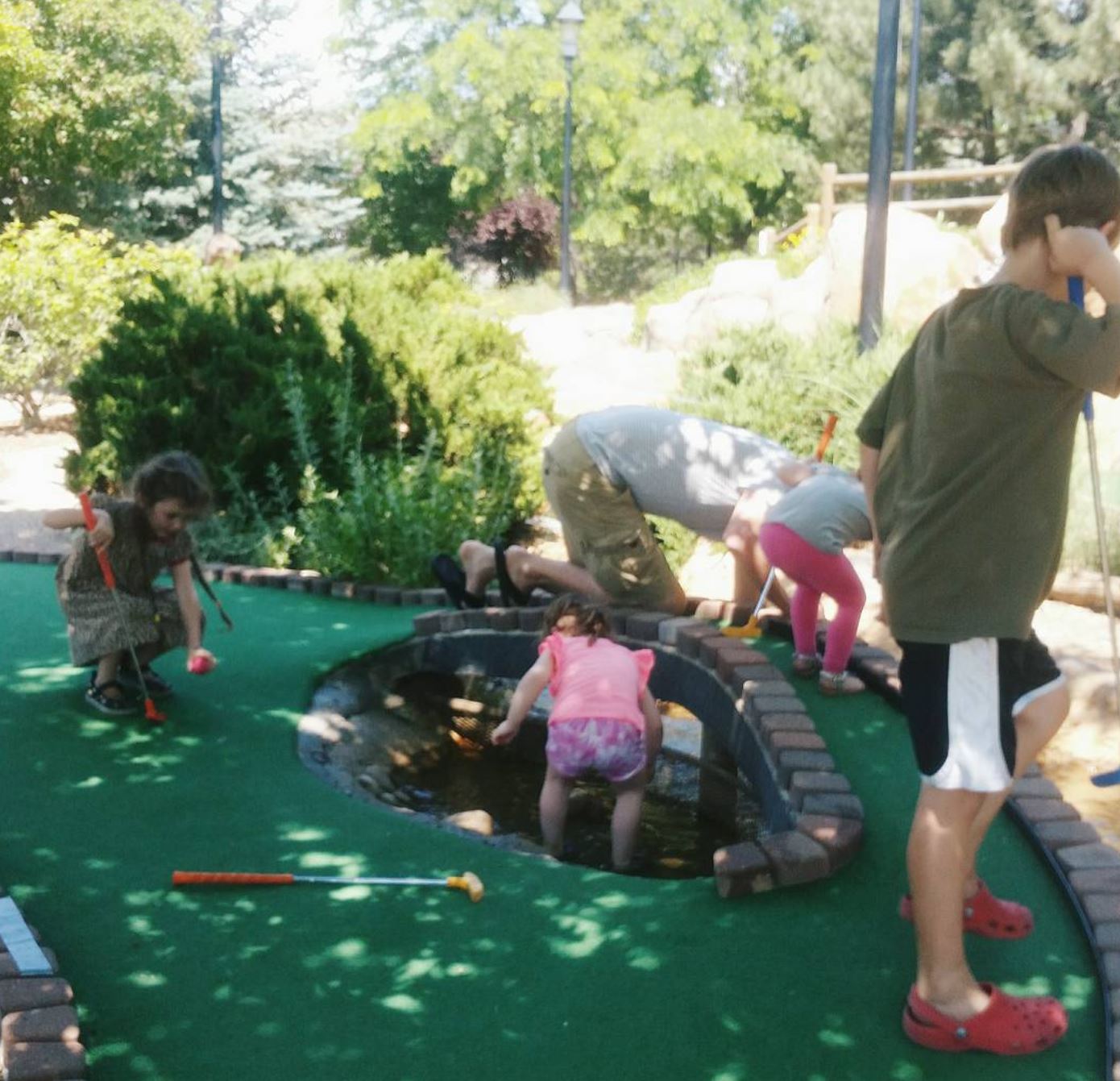 Oh, and NO ONE has ever been prouder to hit the 500 ticket arcade jackpot than Della was. 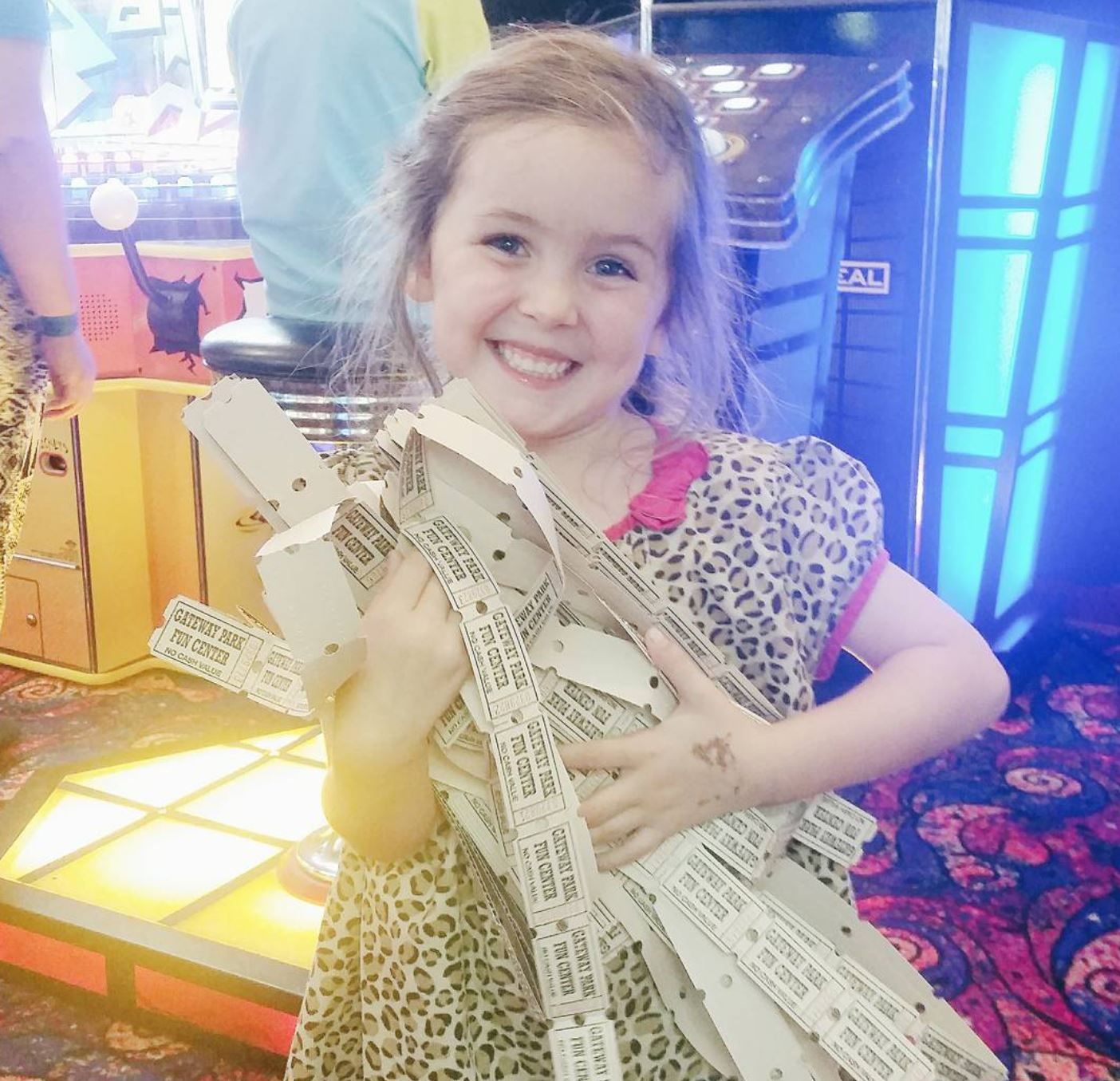 ESPECIALLY once she realized that said jackpot was just enough to buy her the world’s biggest, ugliest, gaudiest plastic “diamond” ring eh-vah. #goals

Her expression was slightly less ecstatic when she had to wait one whole turn to ride the go-karts. 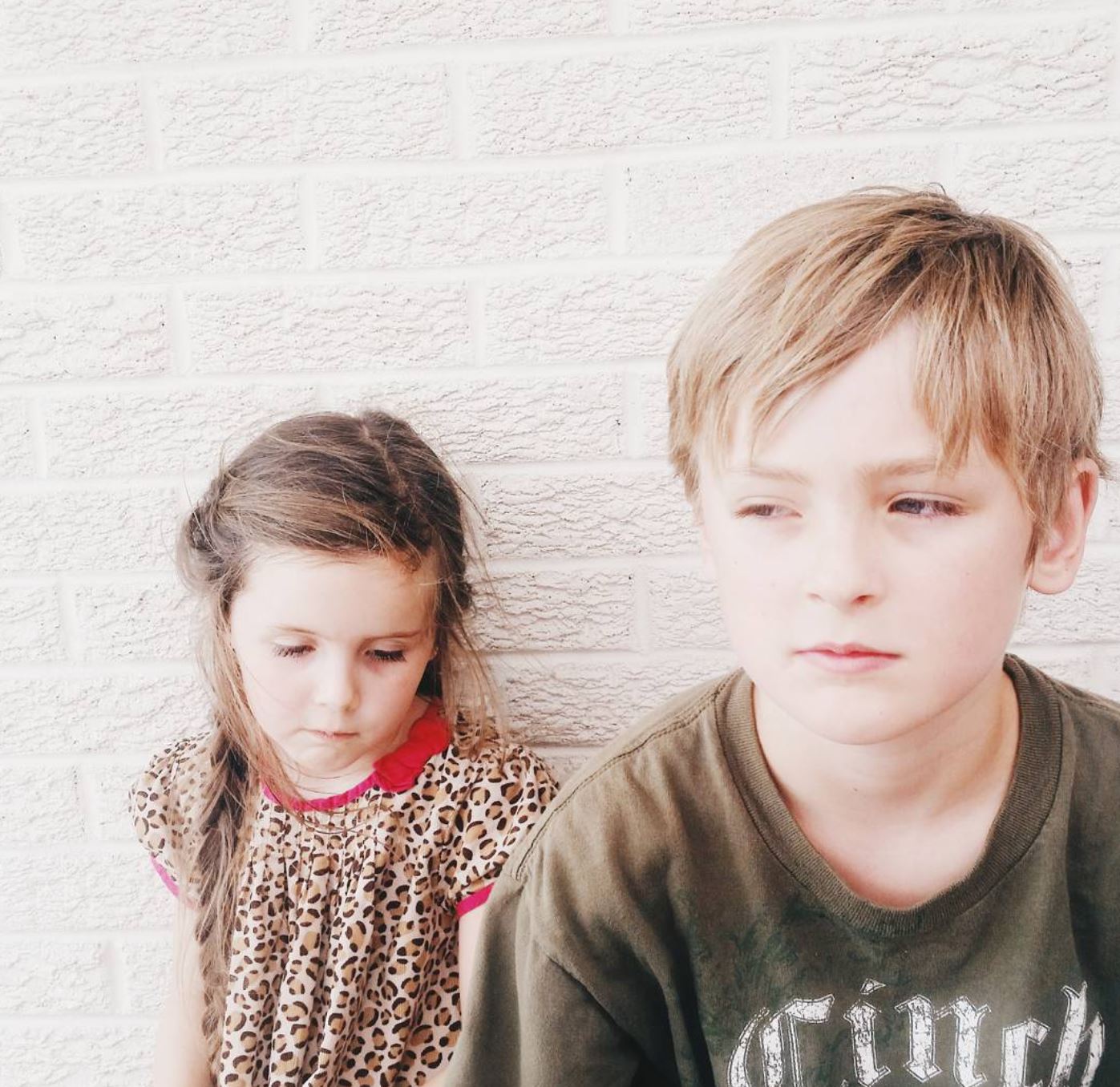 This picture makes me laugh every time I look at it. Oh, the agony of having to wait five minutes for your turn when you were expecting immediate gratification.

Of course, all of that arcading and putt-putting and go-kart riding took its toll on certain members of our family. 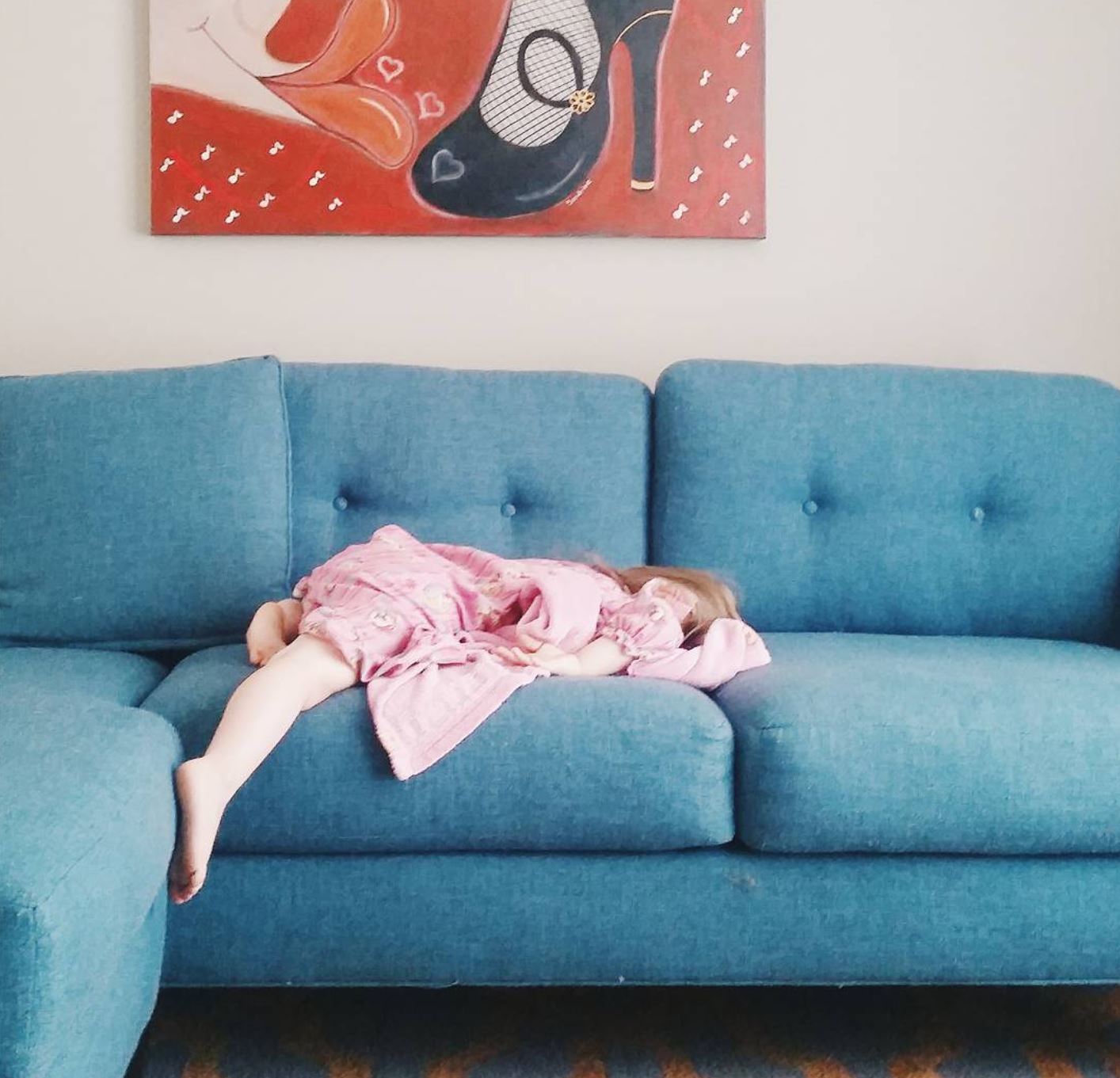 That would be Nola passed out cold on the lovely teal couch in an attitude of complete and total abandonment to sleep. Which is something she never, ever, ever does at home.

Meanwhile, her brothers and I were busy whipping up a little deliciousness in the kitchen. 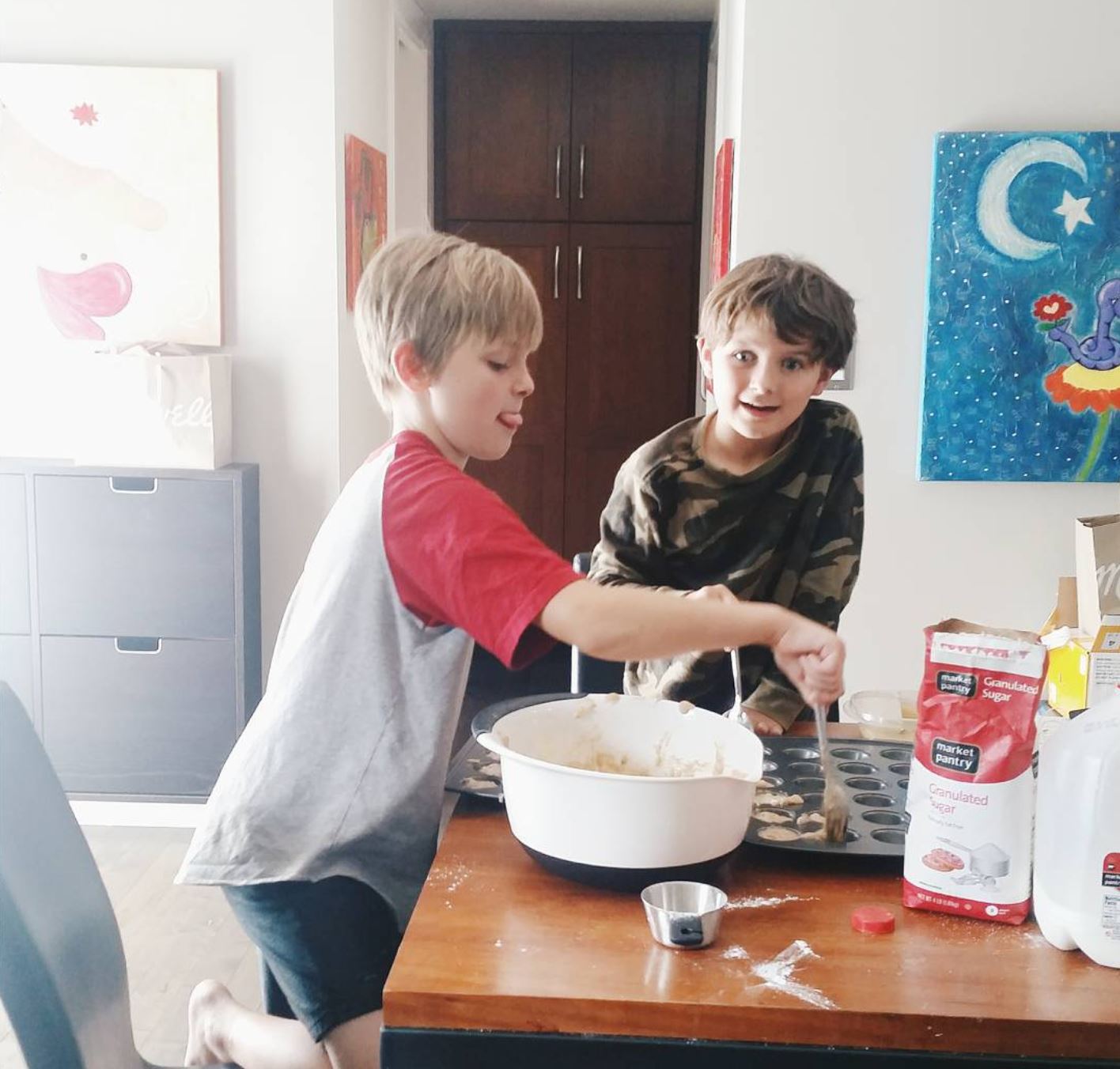 Note to anyone who cares to listen, remember to adjust temps/times for altitude differences while baking, or else your banana muffins will taste great but look like squashed piles of mush. #askmehowIknow

Our final night was spent with some family that lives near Denver, and not only did my kids love getting to choose the toppings for their pizza and help pile them on, but they just about had apoplectic fits of excitement when they discovered my cousin’s army gear in her closet and were allowed to put it on. 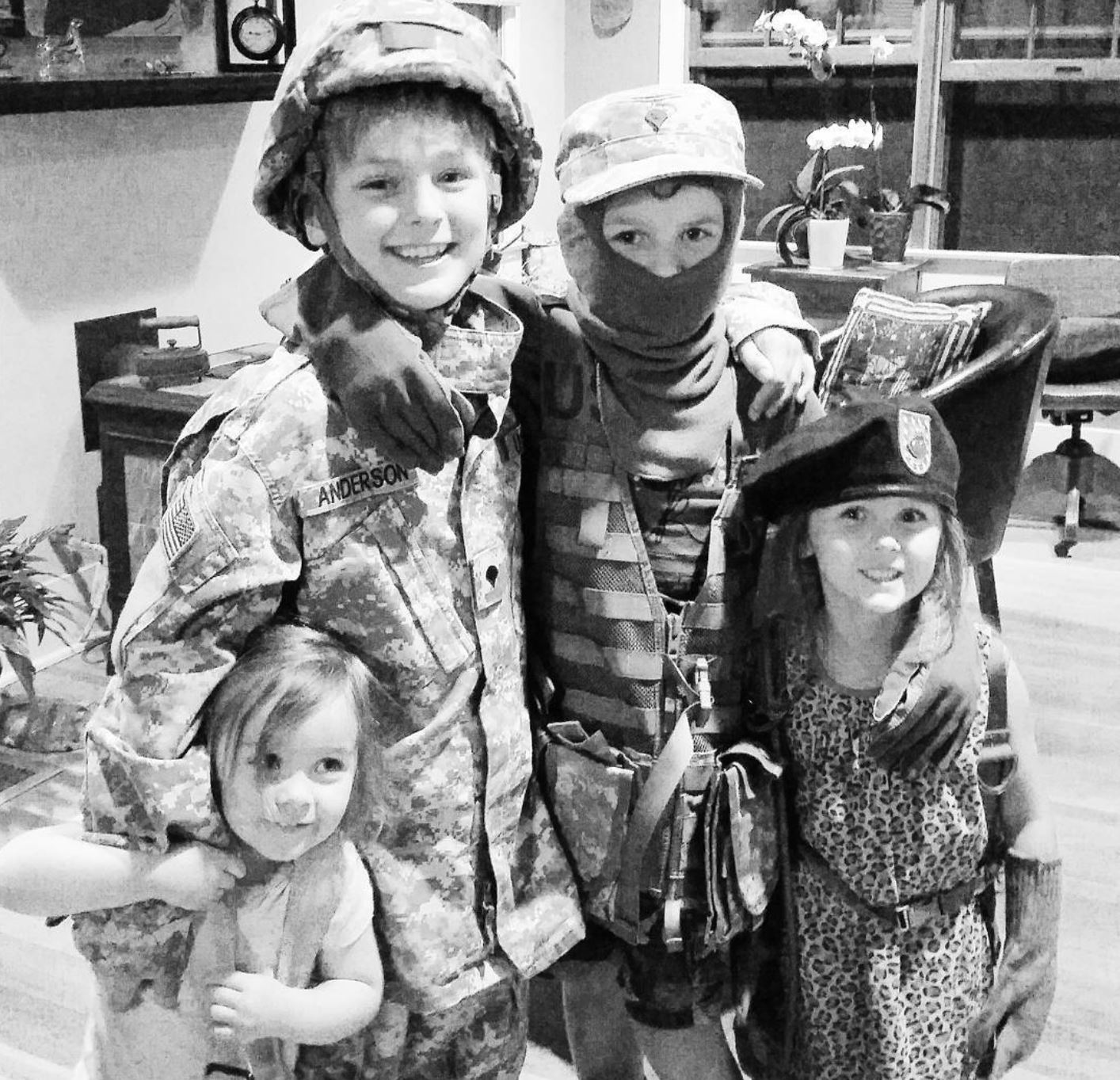 Don’t worry. They’re going to kill them with cuteness.

Honestly, I had worried that almost two full weeks of vacation with 6 little kids was going to be too much. That we would get bored. Or homesick. Or stir-crazy.

But none of that happened. All of our (verbal) kids declared their love for our little rental and the trip as a whole. And I think we were all at least a little sad to sardine ourselves into the van and head back to real life. 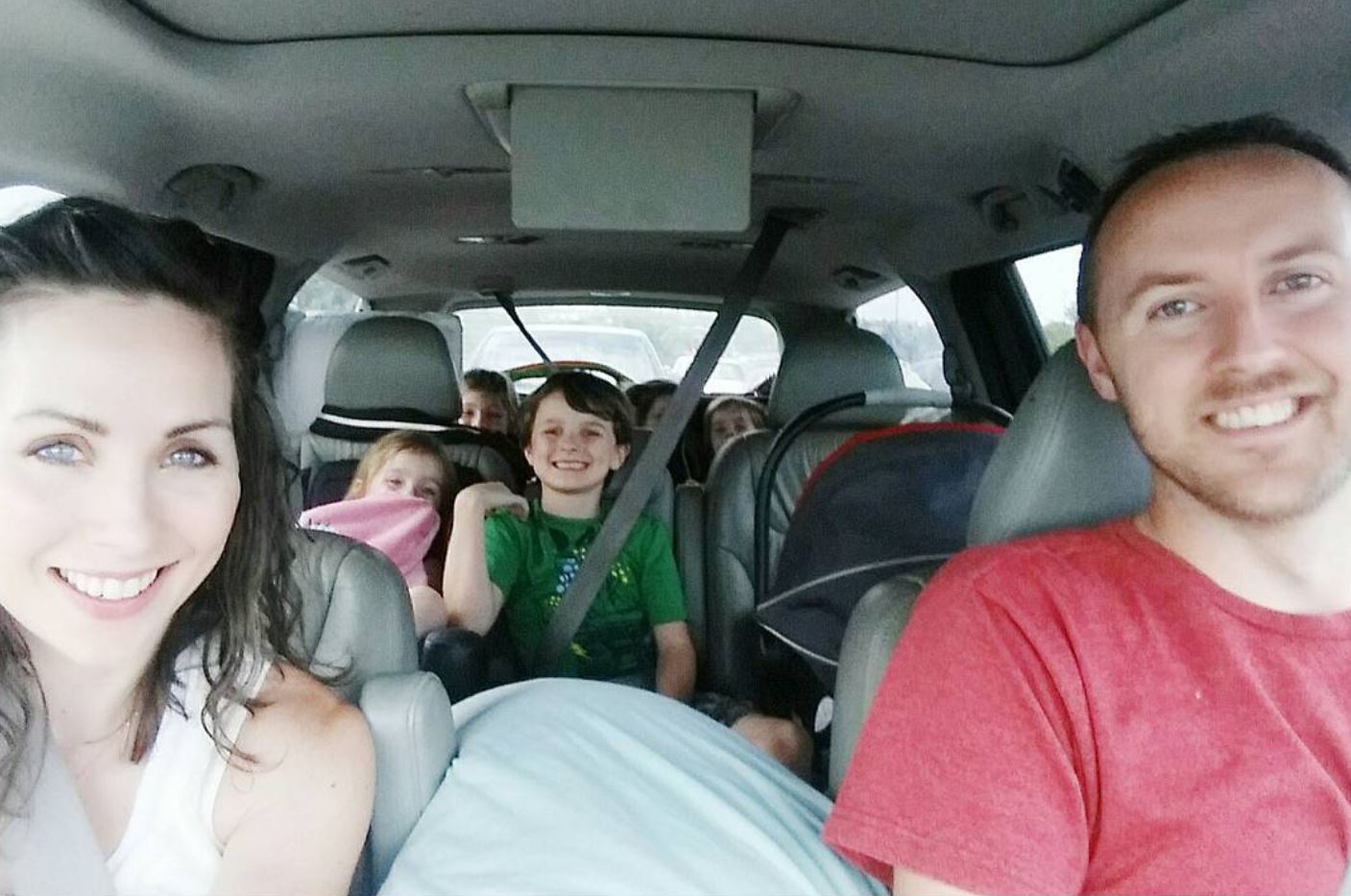 Not that we look it in this pic.

So! There you have it. A pretty ridiculously amazing family vacation in to two parts.

I’ve gotten several questions about vacation rentals and traveling with kids, etc. so I’m putting together a post on what did/didn’t work for us.

Just a little something to keep you going to the end of the week, eh?