So…remember when a bunch of us decided to eat nothing but clean food for 14 days WHILE drinking a gallon of water a day?

It’s been a few weeks since the challenge ended, so I thought I’d give you an update on how it went down.

I was going to do a high/low report, but really, it was all good.

I thoroughly enjoyed my meals, just like I did with the 10 day cleanse back in the spring, and I didn’t really miss sugar, bread, or anything else I wasn’t allowed to eat.

There were about 130 of us over on the Facebook accountability page, and I loved having all of the feedback, encouragement, recipe suggestions, etc. I’m pretty sure we did nothing but support the research that makes big claims about how much more likely you are to succeed if you take on a challenge in a group setting.

Honestly, as far as I know, none of us did the cleanse perfectly (I’m just speaking from those who piped up on the page; if you nailed it without a single cheat, then I’m not trying to cast a slur on your impeccable clean-eating character). But, for the most part (for me it was about 97%, if we’re going to attach a random, totally made-up percentage to it), those of us who actively participated in the cleanse stuck to the guidelines.

I also managed to drink all of my gallon every day except maybe 3 (and on those days, I only had a few ounces left).

So, the big question: did I receive any benefits from all of this clean-eating/water-guzzling madness?

At the end of the 16th day (I’d started a bit earlier than the rest of the group and decided to continue until everyone was done), I’d lost 3 pounds and 3 1/2″ overall, which returned me to my pre-Theo weight/size. Now, I will admit that there’s this “post-Della” size that I kind of consider my ideal weight, but I haven’t been there in 4 years, so I’m pleased with where I am right now (for now :)).

Just in case you’re a visual sort, here are some Before + After pics for your perusing…I was going to say “pleasure,” but let’s just go with “information,” shall we? I don’t think anybody particularly enjoys staring at my headless body. I know I don’t. 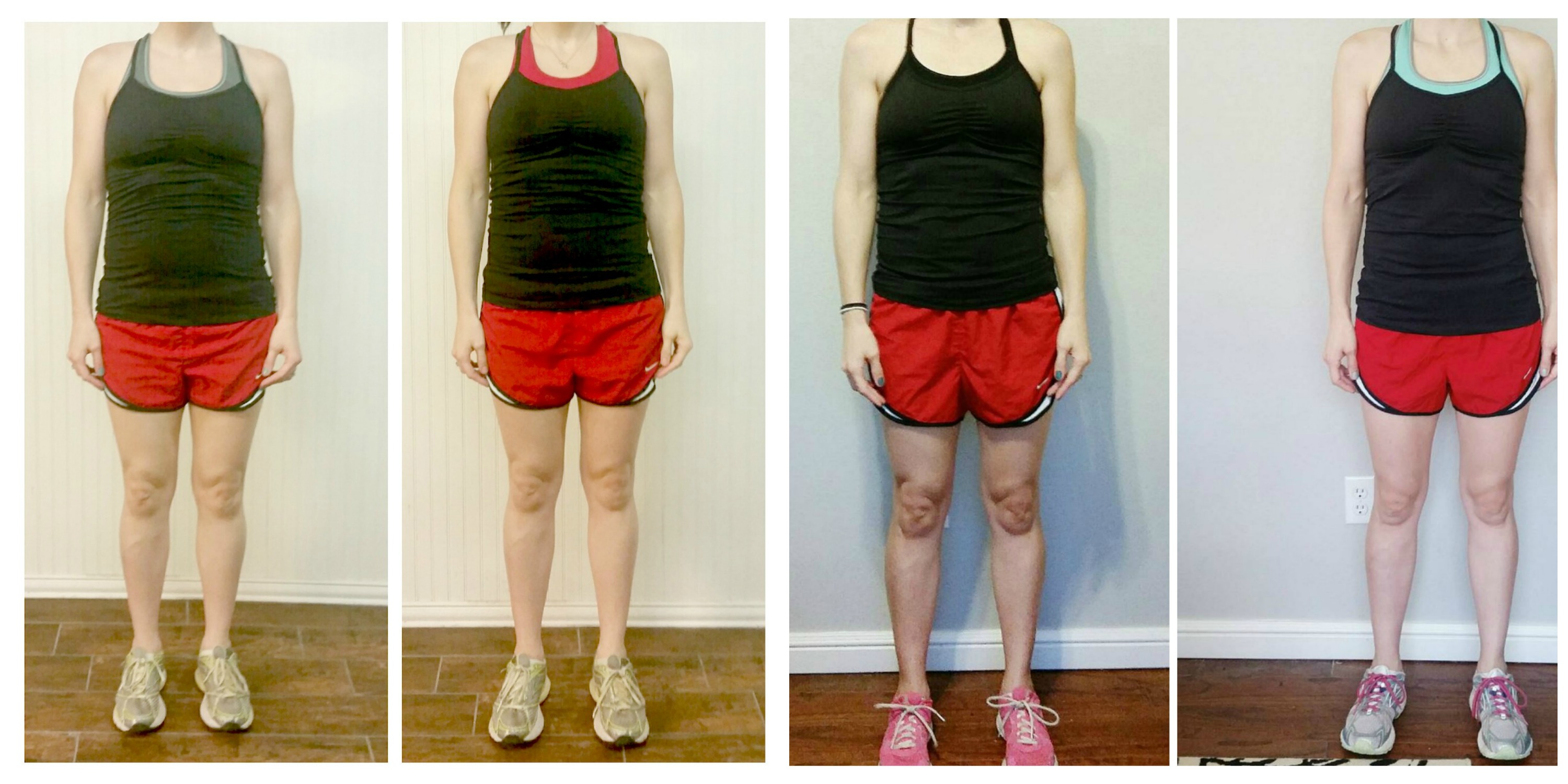 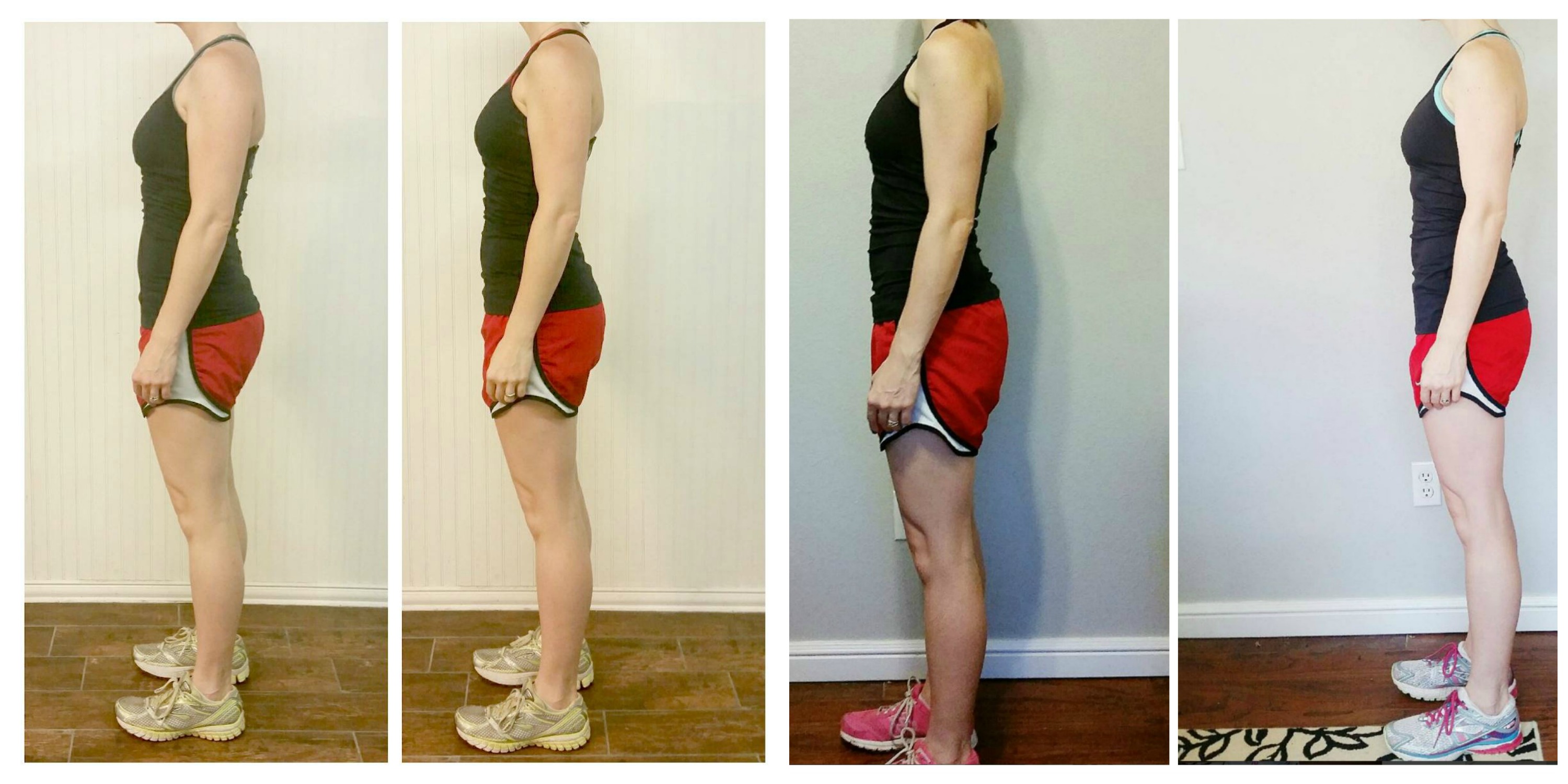 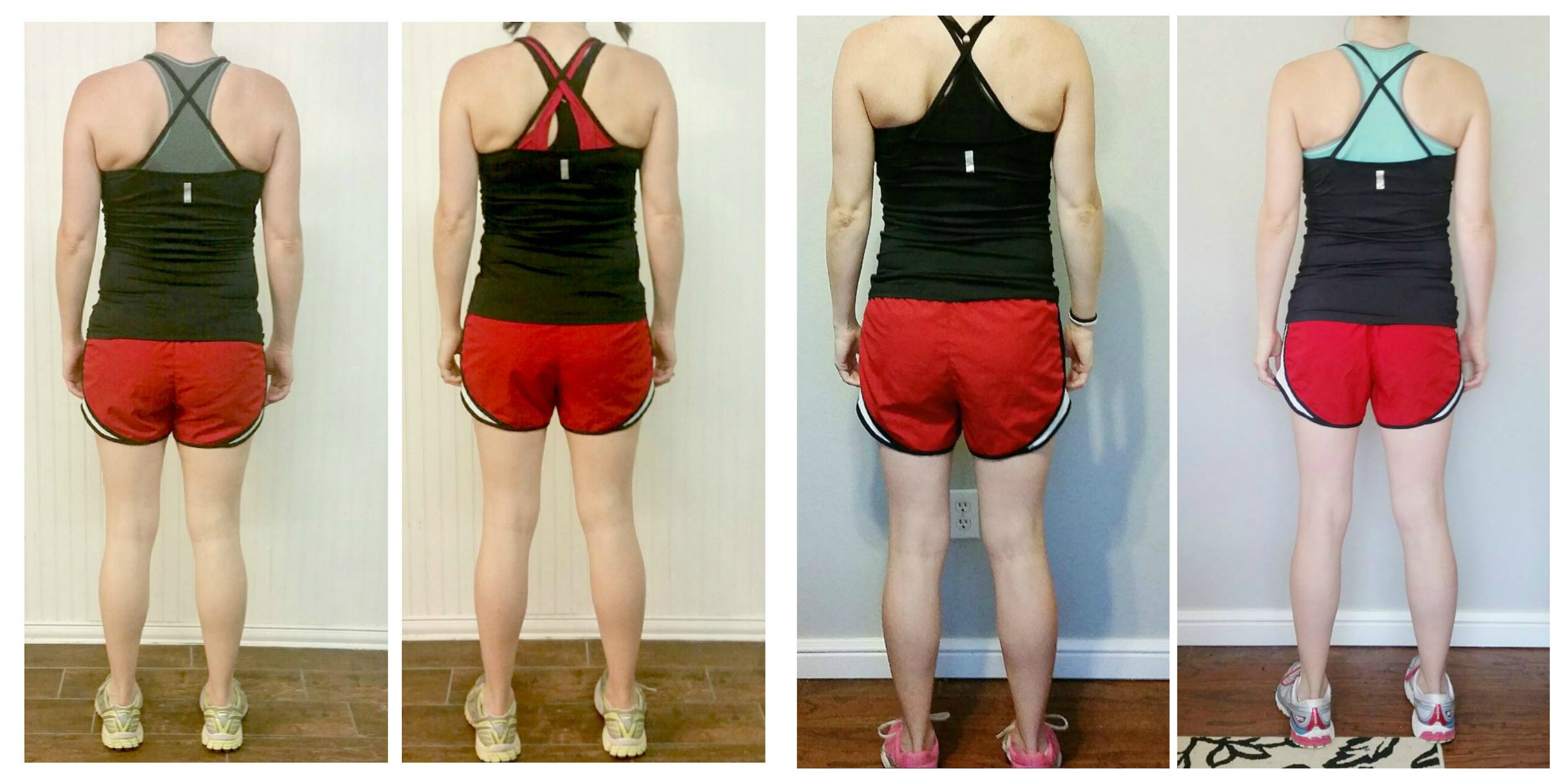 The difference from left to right is approximately 12 pounds and 16 inches! And all of that is from eating healthy foods and plenty of them (I never feel unsatisfied or hangry when I’m on a cleanse).

Full disclosure: literally the day after the cleanse ended, it was the twins’ birthday, and since then, it’s been birthday season up in here. So, between the girls’ birthday, my birthday, and friends’ birthdays, we’ve been partying for the last 2 weeks. Needless to say, the eating has not been especially clean. I may have backslid on some of my results. I don’t know. I haven’t measured/weighed (something I almost never do anyway).

But this week has been back to life as usual, and I’ve already adjusted my eating back to within healthy parameters (with a few cheats here and there; note to self: having fresh-baked chocolate chip cookies in the house is a bad idea).

And now for the WATER!

I’ve heard some pretty drastic and fantastic claims from those who have started drinking a gallon a day, but I can’t say that I can lay claim to most of them. I will say that I was already drinking a fair bit of water each day before I started the gallon challenge, so maybe the awe-inspiring results came from people who were chronically dehydrated.

In any case, I can say that I experienced the following:

1) Increased milk supply. Theo is still nursing (and will be for a while, I think), so, even though my milk supply wasn’t low before usually, there were days when I would be too busy or distracted to drink enough, and I could tell that Theo was working harder (aka: hurting me) to get his fill. That completely changed when I drank my gallon a day.

2) Fewer cravings. Drinking all of that water definitely helped me stay full. And I didn’t feel a strong need for sugar like I do when a) I’m eating it regularly and b) I haven’t had enough water.

3) Increased energy. I’m sure a lot of this could be attributed to the good food I was eating, but I definitely didn’t get as much of the 2 PM crash that I feel when I’m not as hydrated.

4) Increased mental clarity. Again, I’m guessing the food helped with this, but I definitely felt less foggy than I do when my diet/hydration are not as good. (Case in point: I’ve been ridiculously busy over the last two weeks AND my diet/water consumption hasn’t been as good, and there have been multiple times that I’ve walked into rooms and then just stood there, trying to work out the cosmic question: “WHY AM I HERE?” Hello, premonition of my 80-year-old self).

So! There you have it. And just so you know, I heard from several cleanse participants who had great results as well. One had clearly lost several inches in her before + after pics. Another lost 7 (!!!) pounds and was loving the way she was eating so much she planned to continue. And multiple others reported how much they enjoyed both what they were eating/drinking and how it was making them feel.

Obviously, I highly recommend clean eating + lots o’ water drinking. (Just FYI: the recommended water consumption for a woman is 88 ounces, so the gallon challenge definitely put us over the top on that, but I need the extra because of my levels of exercise, and I didn’t hear complaints from anyone else about any adverse effects. It’s always good to do your own research before you attempt anything like this, though, so be sure you know what you’re getting yourself into if you decide to take on this challenge).

I’ll just be over here plugging along eating (mostly) clean and chugging water, but I’ll be sure to let y’all know if I do another cleanse. (I’m sure I’ll need one after the holidays).

Thank you so much to all of you who participated. It was a blast to get to know you better and be encouraged by you!