My children are (generally) well-behaved. People comment on it when we’re out and about. It’s a fact.

And it’s not by accident.

I work really, really hard to train my children to be polite, kind, respectful, helpful, godly.

It’s one of my mothering strengths–my tenacity, my consistent discipline, my ability to never get tired of exhorting my kids to “be a blessing,” my constant reminder to say, “Yes ma’am” and “No ma’am.” #funmom

Now, before you get all, “Well, wooty-woo, Abbie. Aren’t you special?” and head for the “X” button…

Hear me out. Please.

Because I have all kinds of mothering weaknesses too. I struggle with patience (especially when I’m hungry; that may sound funny/trivial, but I have finally figured out that I am a better mother with enough food in my stomach, and I will sometimes ask my children to not talk to me–as much as possible–until I can eat. H-anger is a real thing, yo). I require them to clean their rooms, even when mine is a mess (I justify this by the fact that I am cleaning the rest of the house, but…they’re helping with that too; so I’m basically being a hypocrite). I sometimes, ahem, raise my voice (euphemism alert) despite my best efforts not to.

Oh! And my sock game? Is TERRIBLE.

Someone on our Facebook page asked me for a #mamalifehacks tip for keeping up with socks, but I didn’t have one. And then someone else explained her efficient (and somewhat involved) system, and I almost cried laughing at the thought of the effort that she puts into socks that I just never will. Honestly, it probably doesn’t feel like that much effort to her because she was clearly born with a penchant for organization that I am lacking. But I admire her so much for her dedication to keeping her kids’ clothes in line. We do fine, but I’m certainly not going to give out any tips there.

I could go on, but I think I’ve probably at least convinced you that I am aware of my shortcomings as a mother.

Okay, so switching gears (but it’s related, I promise)…

The twins were dream babies/little toddlers. Happy, smiley, great sleepers, cuddlers, easygoing, and so, so fun! 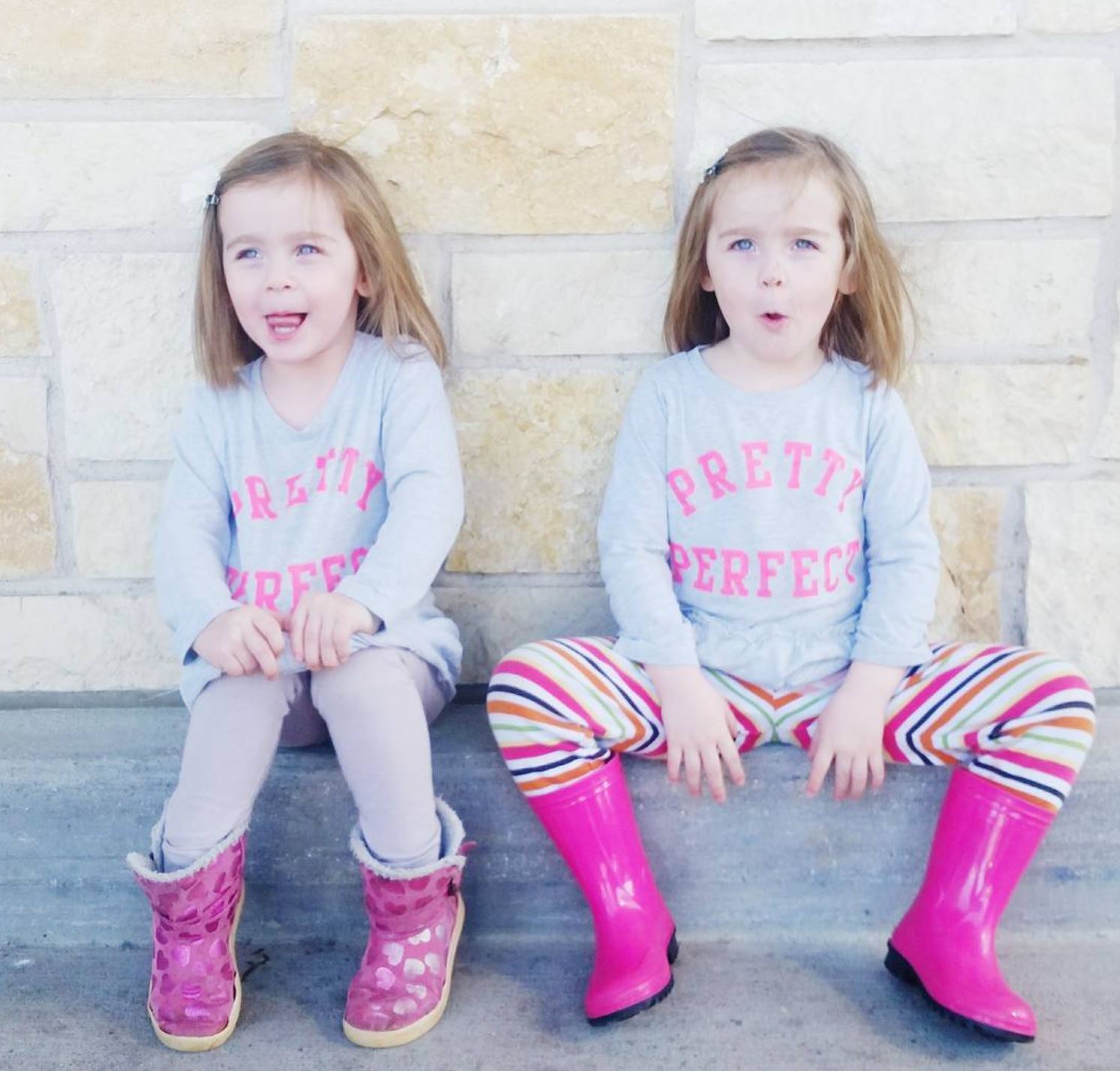 {SEE?! So, SO fun! Also, did you notice their new haircuts? It was time}

Pretty much the opposite of what I expected when I begged the Lord not to give me multiples.

And then they hit 2 and 3/4. I know that seems like a really specific age. But it’s the truth. They were still really easy and cheerful all the way until a few months before their 3rd birthday. And then, Shaun started traveling a lot (like 7 straight weeks of being gone most weekdays), and they. just. lost. it. (I don’t actually think their change in behavior was particularly related to Shaun’s traveling…but I doubt it helped. It certainly didn’t help me ;)). I started getting heart palpitations at the thought of putting them in their car seats because they were especially volatile when we got in the van to go somewhere (which was pretty much every day). At first, I thought, “Eh. Not my fave.” But after weeks of it, it literally gave me anxiety.

I know there are people who have actual, real life problems to deal with. Serious illnesses. Deaths in the family. Wrongful imprisonment for declaring their faith. The list goes on.

But maybe even the people who are dealing with those hardships would find a writhing, shrieking, body-slamming toddler X 2 a bit of a frustration, at least.

For the last year or so, most things that I thought I knew about child-training have been tested and challenged for months at a time by two of the strongest-willed little darlings you ever did see (says the mom of a little boy who willfully constipated himself and was a very grouchy little human indeed for a year). There have been calms in the storm (praise Jesus), but just when I think we’ve finally moved beyond it, we’ll go through another month-long bout of car tantrums and meltdowns over being handed the pink blanket when a certain little girl asked for the pink blanket (yes, you read that right). (If you’re in need of a laugh, read this hilarious list of laughably ludicrous toddler meltdown rationales).

I have pulled out every trick in the book–discipline, reason, hail-Mary prayers, praying before we leave, bribery (“If you are sweet in the car, we can get a piece of gum after we get to the gym”), misdirection (“OHMYGOODNESS, is that a red-tailed fuzzy wiggle in that field over there?!”), hugs, spankings, timeouts, talking-to’s, and raging like a mad bull.

And it’s all worked. For a little while.

But any one solution never lasts for very long on its own (I’ll be honest: the spankings, the “discussions,” the prayers, and the hugs are consistent; the rest is a constant process of recycling different methods to keep things as “fresh” and effective as possible).

I’ve never felt despair. I am fully aware that, no matter how long this phase lasts, it is just that: a phase. I have vast confidence that my twins will not rail against the injustices of seat belts at the top of their (considerable) lungs when they’re 12 (I know, I know; I’ll have other things to worry about). 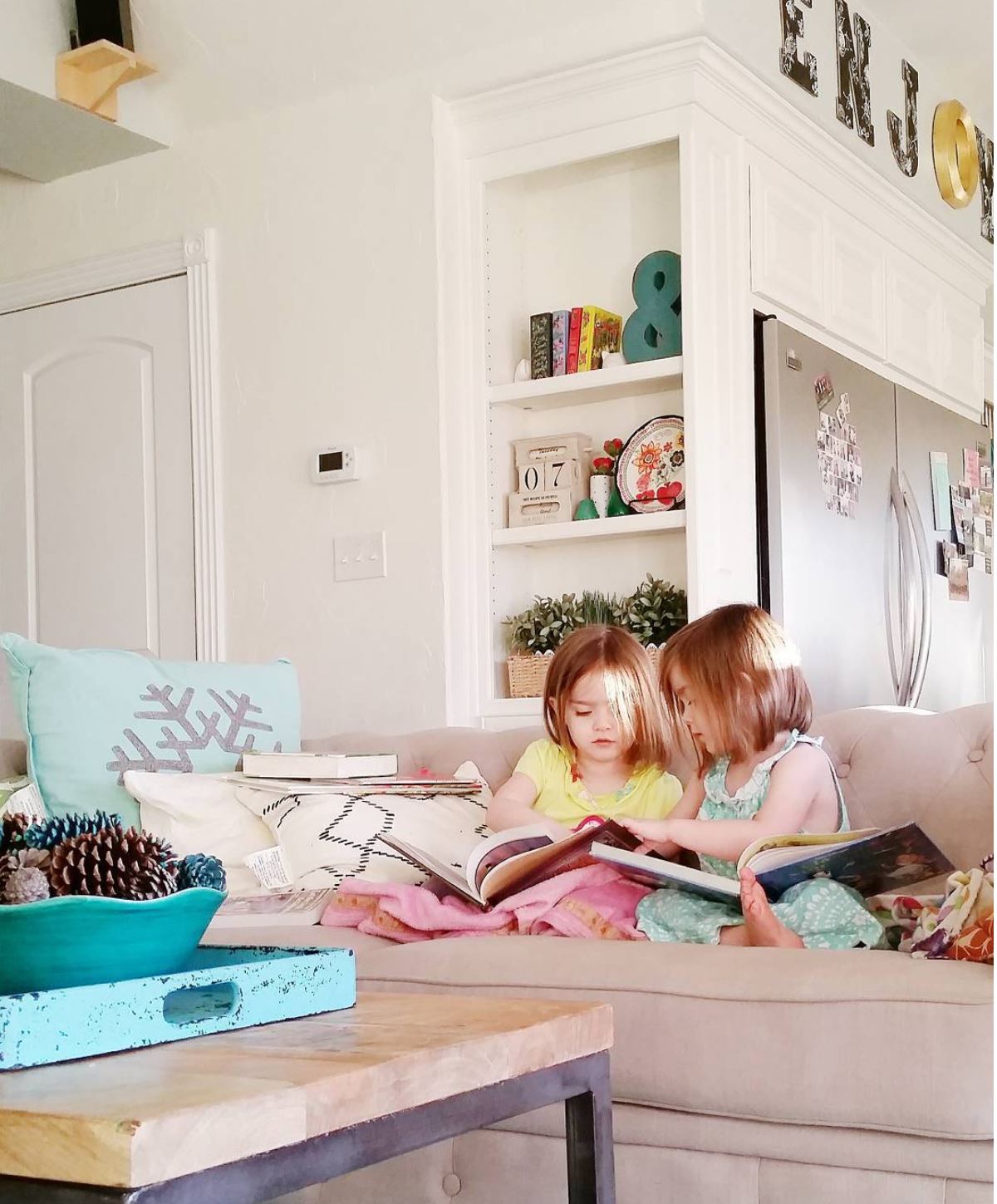 {There are lots and lots of sweet moments like this one. And when they happen, I document them for my own sanity’s sake}

In fact, we’ve had considerably fewer car catastrophes lately, and the trend seems to be towards an ability to hear just a sliver or two of reason in the midst of the mind-melting horror of a not-perfectly-straight sock line.

I’m not holding my breath (I’d pass out), but I am learning a lot about humility. I didn’t really think I needed it (do we ever?), what with the litany of things I already knew that I needed to work on as a mother.

But I do. Because, as it turns out, I have a stronghold of pride in my mothering ability to train my child to behave as they should (and, yes, we emphasize “as unto the Lord;” I focus at least as much on the heart attitude and motivation behind the behavior as on the behavior itself).

Because, let me tell you, it chafes a bit when both twins are stamping and sputtering in the grocery store, and you’ve hauled them into a deserted aisle for discipline, only to have a lady come along and chirp, “Aw, Mom, she’s just hungry,” because she doesn’t see the perfectly good graham cracker that your snitty 3-year-old is already holding. It takes a fair bit of–yes–humility and willpower not to shoot back, “Nope. She’s just a little sinner, like you and me. She wants what she wants…until she doesn’t.”

But the thing is that I wouldn’t even react to this lady’s comment (even if only in my head) if I didn’t care what she thought about me and my ability to control my toddlers’ behavior.

Maybe you have a stronghold of motherly pride too? I’d wager that, even the most self-deprecating of mamas can find at least one thing we pride ourselves in doing well.

Chances are, we’re probably right on. We ARE good at XYZ.

I can guarantee you this, though: God is in the business of tearing down strongholds.

James 4:6 literally says that God “opposes the proud but gives grace to the humble.”

Oppose (verb) – disapprove of and attempt to prevent; actively resist or refuse to comply with

Oh, friends. I need grace. Buckets of it. Dump truck loads. And, if my stronghold of motherly pride keeps me from receiving it, well, that’s a bigger tragedy than spilled chocolate milk, car seat buckles, the wrong/right blankie, and the crookedest of sock lines combined.

I am doing nothing here, guys, if not preaching to my own heart. I need these reminders. I need this blog post as an “Ebenezer” to come back and read when (inevitably) the girls have another week-long episode of being twinados. Because I am beginning to see glimmers of light at the end of this twin tantrum tunnel, and I’m finding that my tried and true of methods of gritting my teeth, praying like mad, and never. giving. up are, indeed, working…if somewhat more slowly than I would like. (Well, that, and owning up to my own faults that can contribute to the chaos).

Even as I see my cheerful 13-month-old begin to arch his back and wail whenever something doesn’t quite go his way. And the phrase: “Here we go again” rattles through my brain. 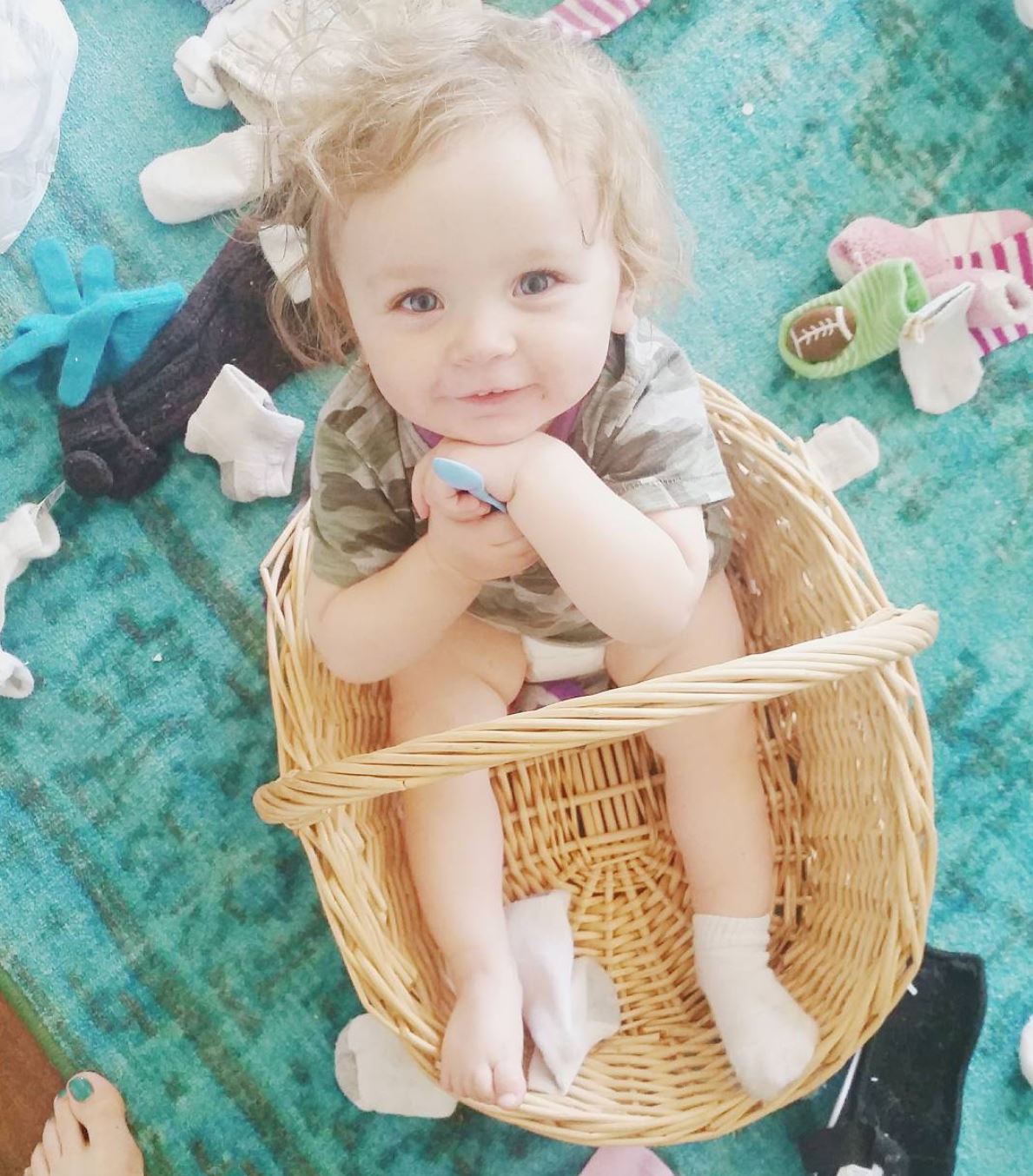 {Back-arching? WAILING? I would never}

Because, if I place my hope/pride/self-worth in my ability to train my children to “do right”–regardless of how well it comes naturally to me–all of that will come crashing down on a daily basis, depending on which child I’m dealing with, how much either one of us has slept, how hungry I am, or any other number of unforeseeable factors.

Even (especially?) if that transgression is being proud of myself for doing something right as a mother.

Do y’all ever feel like you’re skipping right along with motherhood and then get slammed with a big ol’ humility mallet too? Do tell…