Many (many) moons ago, I polled you guys about some changes I wanted to make to our breakfast nook. And then, I posted a little update on the direction I wanted to take. At which point, it looked like this: 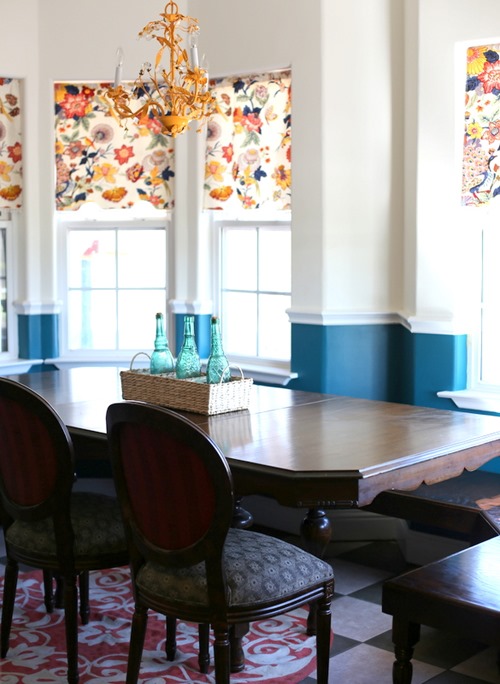 Everything was too brown. The rug was the wrong shape. The shades (as much as I love them) kept a lot of light from getting in. I knew all of these things. But making this particular, seldom-used room a priority just wasn’t happening at the time.

Well, I’ve gradually made progress on lightening up the entire space (most notable progress shots from my Thanksgiving spread last year), but, after 2 years (!!) of baby changes, the biggest (and, in my mind, best) thing I’ve done for this space took approximately 20 minutes. 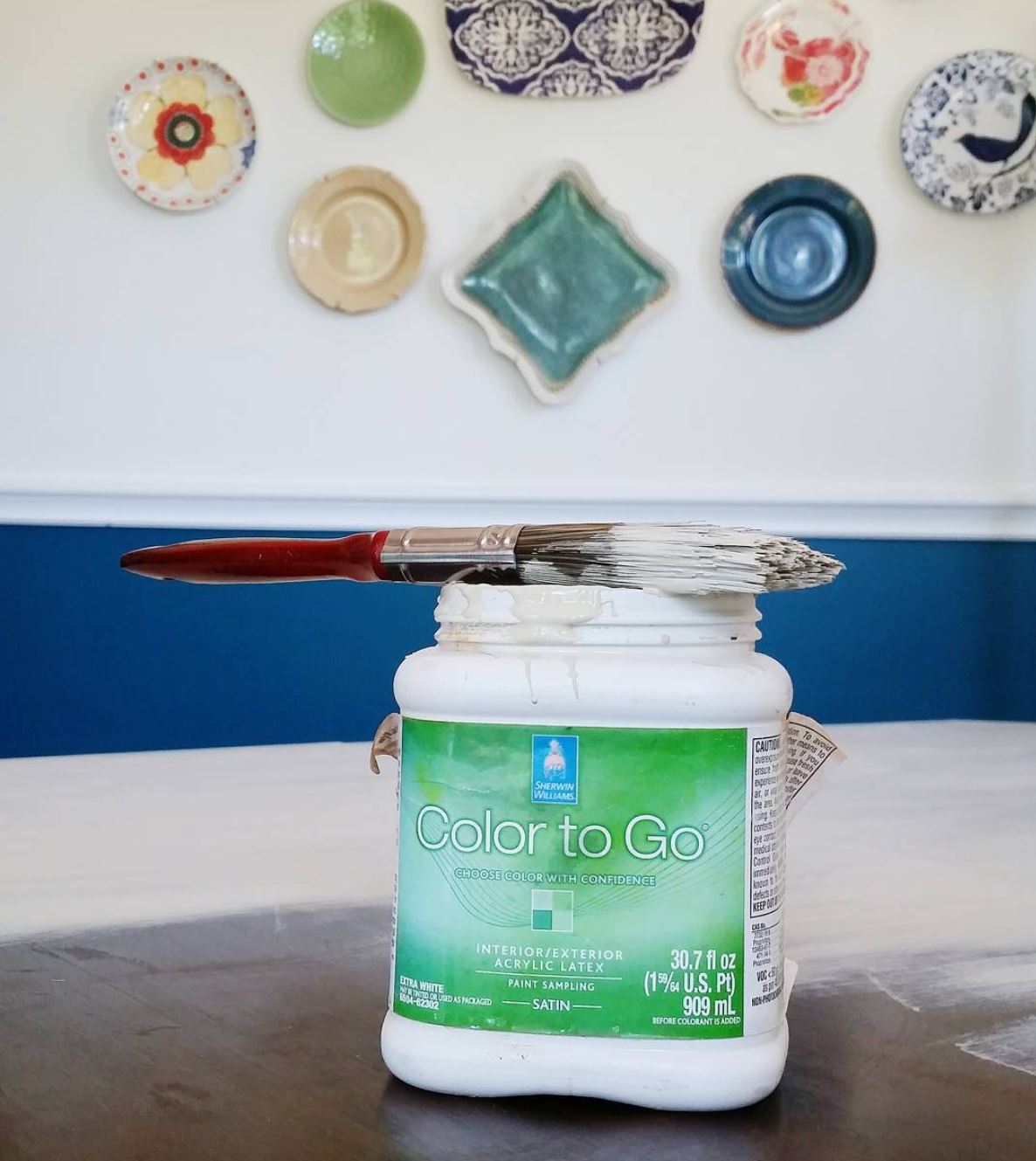 I’ve wanted to paint that table for, like, ever (insert: hair flip) but, if I don’t have a definite plan, I’ll procrastinate for ages. I knew I wanted to make it lighter, but I couldn’t decide what color or what kind of paint–whether to go with chalk paint and distress or to prime first and then give it a solid coat or…

And then there was the issue of actually buying the paint/brushes, etc. I have lots of that stuff lying around, but I wanted it to be perfect.

Until, suddenly, I decided that my desire for perfection was killing all of my progress, and, one day, a few weeks ago, in a burst of: oh, let’s just do this, already! energy, I grabbed a brush and a quart of sample paint I had lying around, and brushed on two coats lickety split–even though I should have been studying my Combat notes and getting the kids up from naps to get ready for the gym.

Miraculously, I squeaked in the door on time to teach class, AND I had a painted table. Well, table-top, anyway. 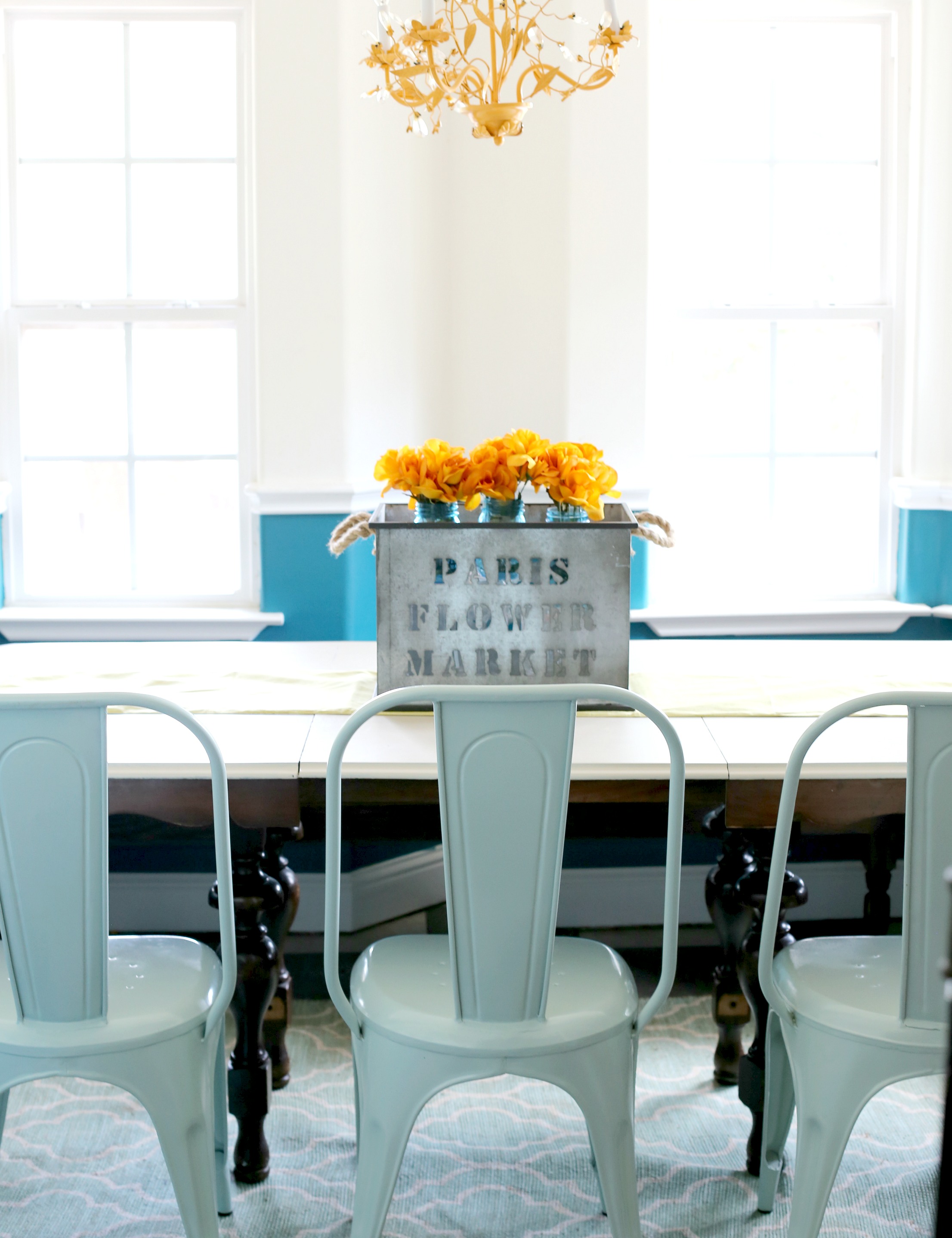 I still need to apply a third coat to even out the streaks and then seal it with wax to prevent (most of the) scratches. But the way it brightens up the space is enough to make me roll my eyes at all of my feet-dragging for the last 2 years.

As the Nester says, “It doesn’t have to be perfect to be beautiful.” 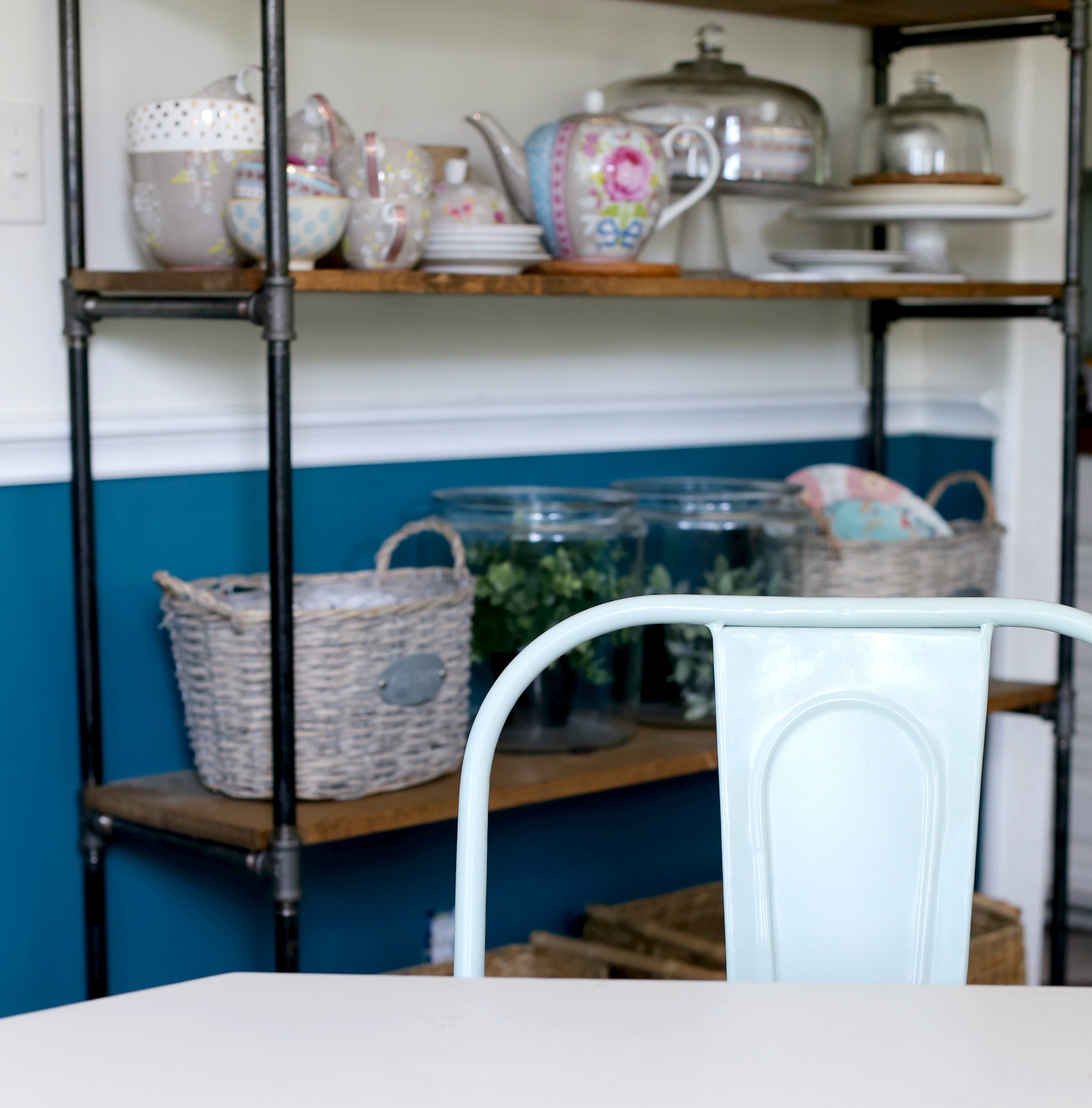 If you were paying any attention to the “plan,” you’ll notice that I deviated from it a fair bit. What can I say? That’s how I roll. (A fitting, if cheesy, phrase considering my love for paint rollers).

Other than the painted tabletop, those pale blue Anthro chairs are making my pulse jump the most. I have three more that we’ll use around the dining table in the new house, but I couldn’t very well leave them all languishing in boxes when I had a space for them now, could I? (Don’t answer that). 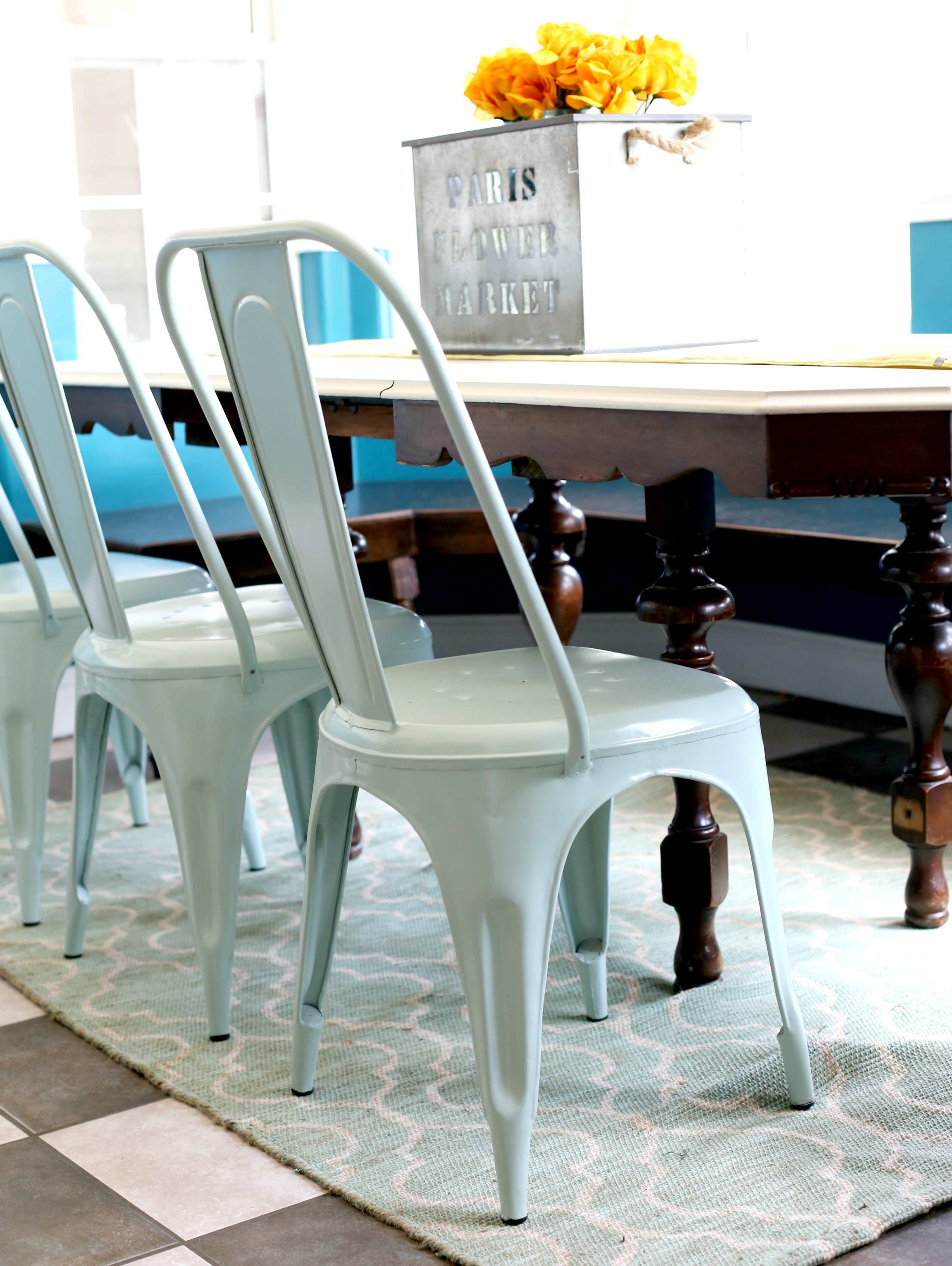 Of course, if we’re talking racing heartbeats, my new-to-me giant vintage fan is a close contender too. 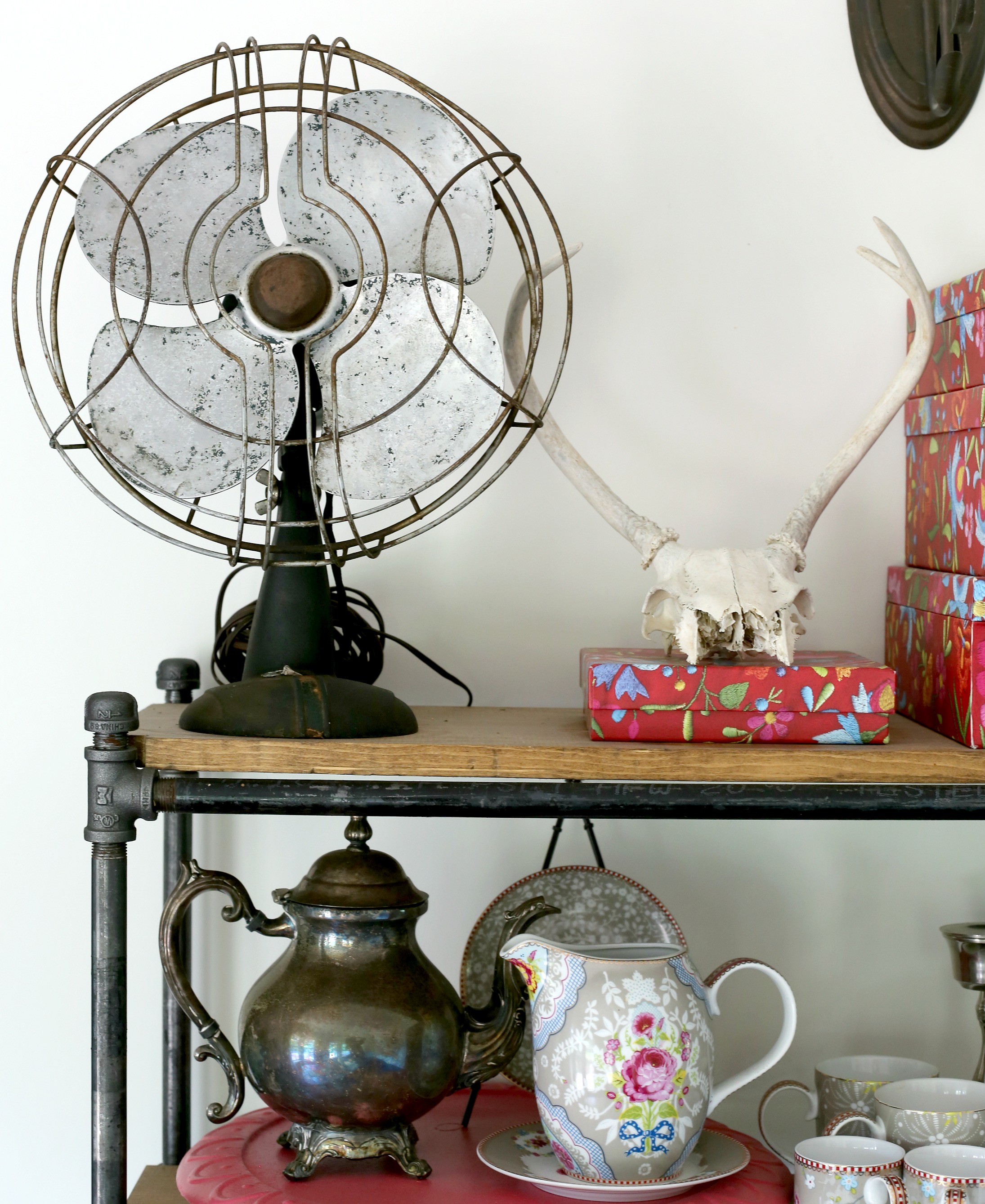 Not only because vintage fans are just rad in general but because I got that bad boy for FREE (they can easily cost $60). I bought a bunch of vintage doors from a lady (they’ll be scattered throughout the new house for pops of character/architecture) and spotted the fan in all its grimy, rusty glory in a corner. The lady shrugged and said, “I don’t even know if it works, but you’re welcome to it.”

Turns out it does, and after 20 minutes of baking soda, vinegar, and elbow grease, it’s actually a bit of a looker (the “plan” is to give her another scrub or two, but…yeah…don’t hold your breath). 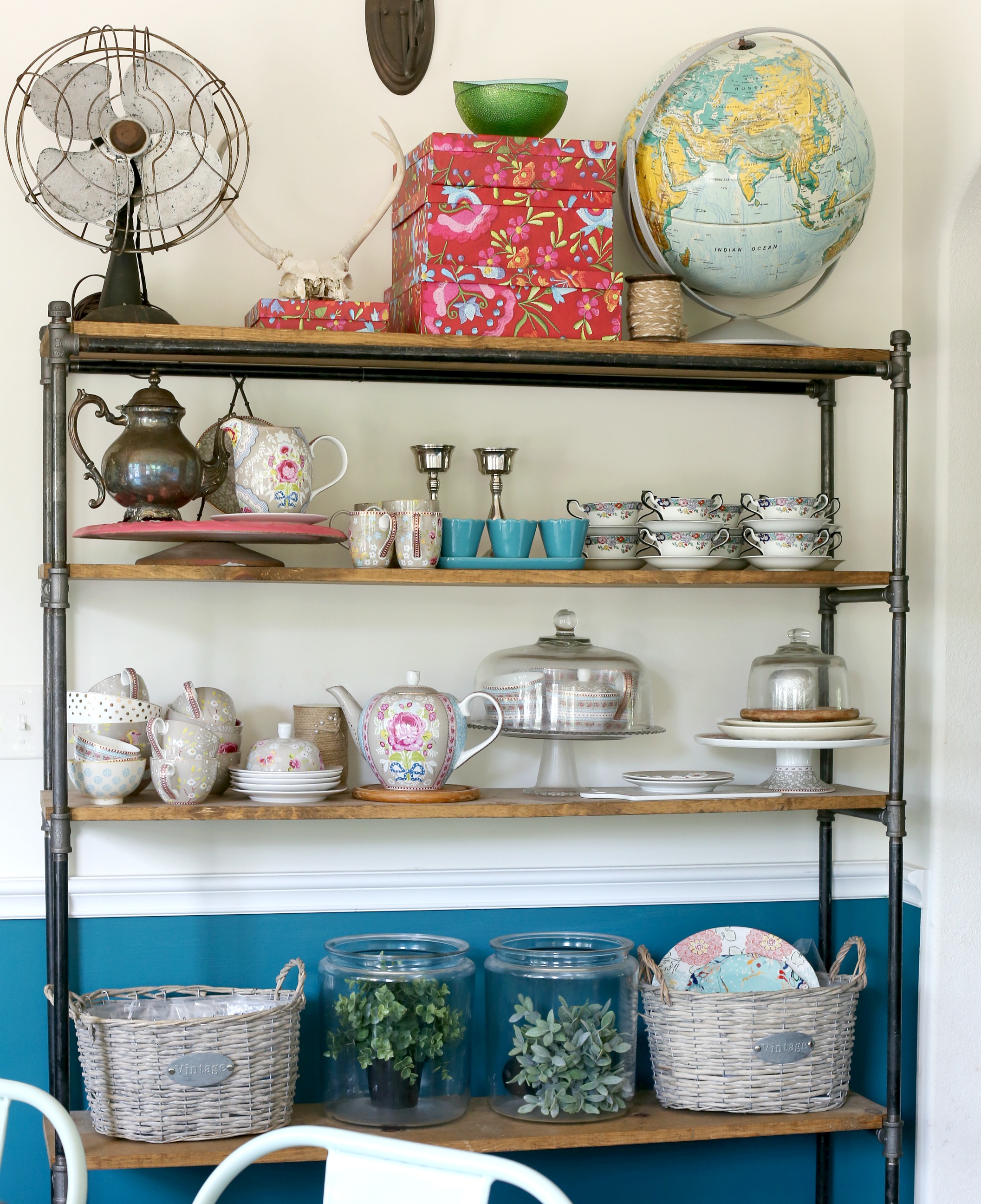 Oh! And can we talk about how much I love this Paris Flower Market box? 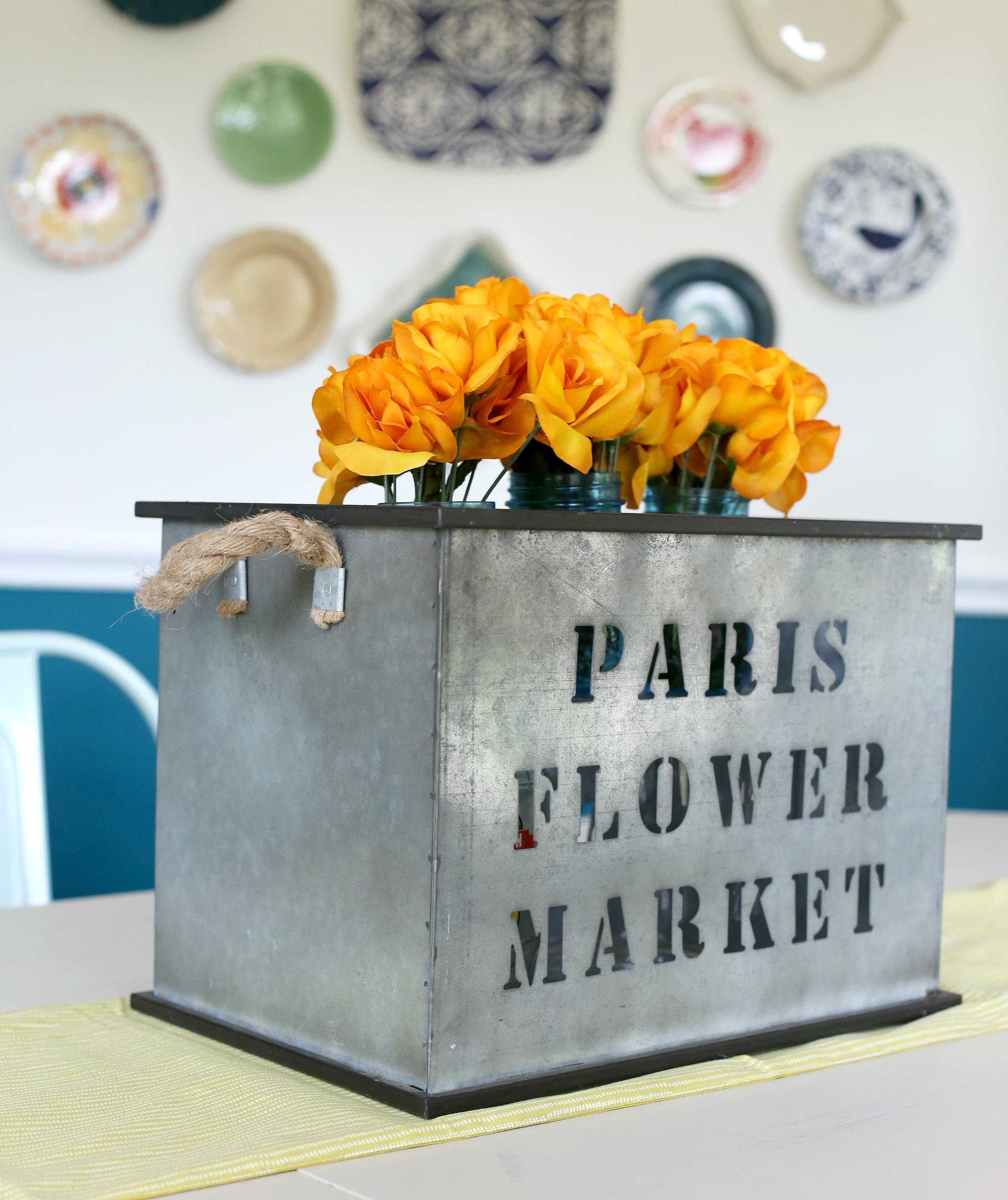 Even Shaun thought it was super cool. (And his attitude, in general, about my bringing home fun finds is: “Oh great. Another thing we’ll have to move.”)

I spotted it as I was finishing up a solo trip to Ross, courtesy of my annual Mother’s Day night out alone, and, even though I’d already gone all the way through the epic line, I snatched it up ready to do it all over again. Thankfully, the clerk let me slip back into line since I’d barely gotten out of it and rang it up for me lightning fast.  No one threw eggs at my van as I was pulling away, so I’m going to assume that nobody much noticed. Or maybe they were just fresh out of eggs. 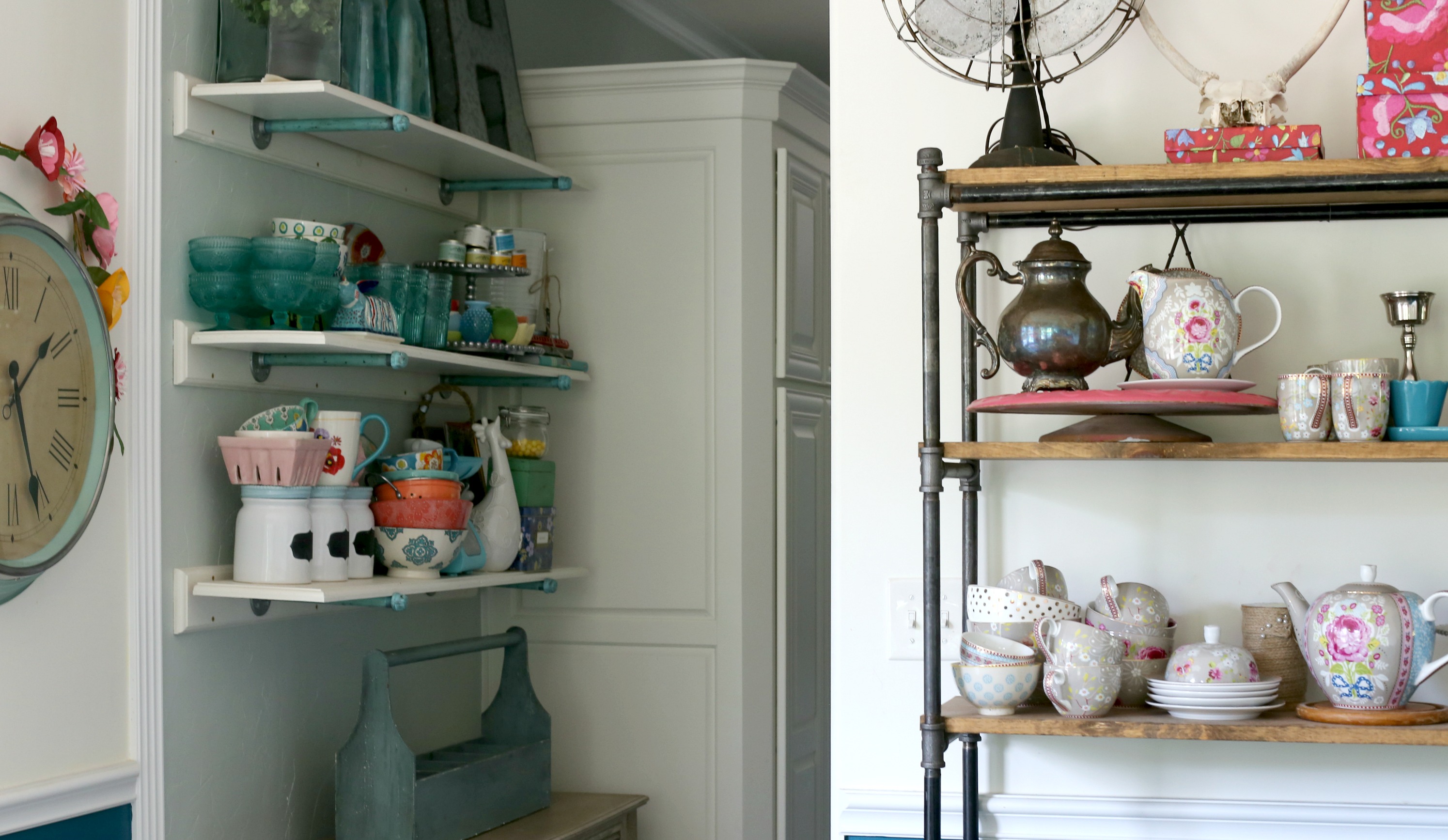 ANYhoo, as much as I’m finding it a bit demotivating to decorate my current space WHILE planning for the next one, I’m so much happier with how the breakfast nook looks now that I thought I’d share.

Oooh, and speaking of sharing, take a gander at the 20 mint condition vintage teacups and saucers that I scored for $20! 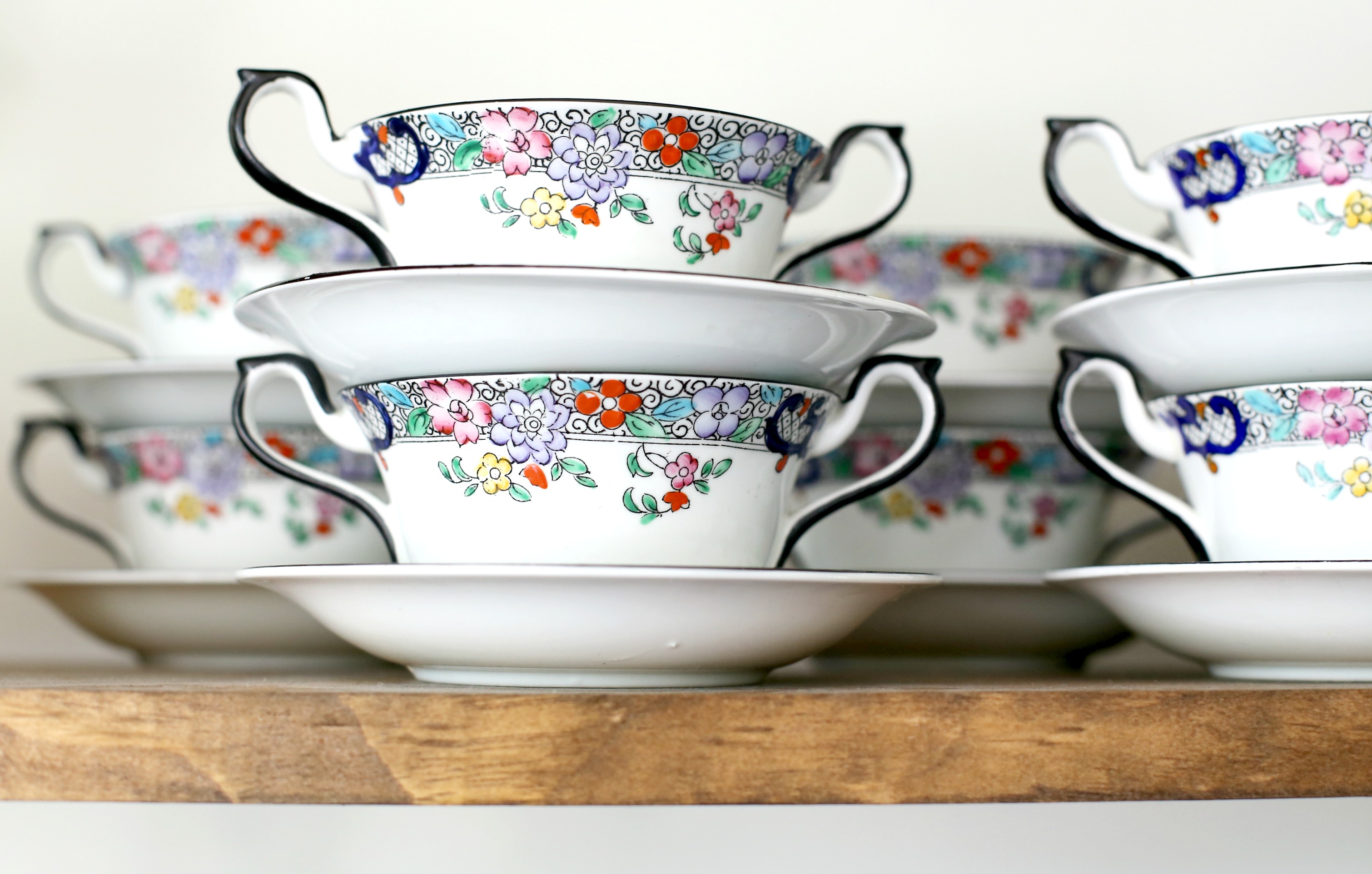 Now, who wants to come over and sip tea with me? (Or maybe lemonade. I’m not a big hot tea fan).