We’re back in Texas–the land of 156% humidity and no rain. Exceeeeept. We’ve actually gotten a fair bit of rain this past weekend, which has made the transition from the dry Colorado heat (and cool, crisp mornings) to “swimming in my own sweat” a bit more bearable.

I’m mostly happy to be back to our usual routine but not the least bit happy about the laundry situation. Actually, the house we rented had a washer and dryer, so I’m pretty caught up on dirty clothes, but just the process of returning 2 weeks worth of clothing (including lots of “special occasion” items we wouldn’t normally have with us but needed for the wedding) to their proper places for 8 different people is…not my favorite. Seriously, it’s making me consider capsule wardrobes for all of us.

Speaking of the wedding, I left you guys hanging just a wee bit last week, now didn’t I? Sorry about that. I have been writing this post piece-meal for the past 3 days, but the transition from time zones and driving/trying to sleep in the car all night has been a bit rough. (I might have taken a total of 4 hours of naps–split up–on Sunday to catch up…neither confirming nor denying this).

So, last we checked, the girls were all gussied up for the big event, and it was go time.
We drove over to the wedding site, which was mercifully close, and I hustled all three girls, still clad in curlers and play clothes (because the things that can and will happen to white dresses during a five minutes drive are just too numerous and ugly to count) into the women’s bathroom. I wanted their hair to have as long as possible to dry, but as I started unrolling it, I could tell that there were quite a few damp strands amidst all of the ringlets. All I could do was hope they would last through the ceremony and pictures. Praise the Lord for my new BFF, Emily (aka: the random girl washing her hands in the bathroom), who quickly sized up the situation and jumped right in unrolling curls, helping change the girls into their dresses, and fastening shoe straps. She was a Godsend. Of course, I thought we were on a bit more of a time-crunch than we were, since our flurry of activity ended in sitting around for a good 10 minutes waiting for further instructions. But better safe than sorry.

The following has to be my favorite picture of the entire shindig. 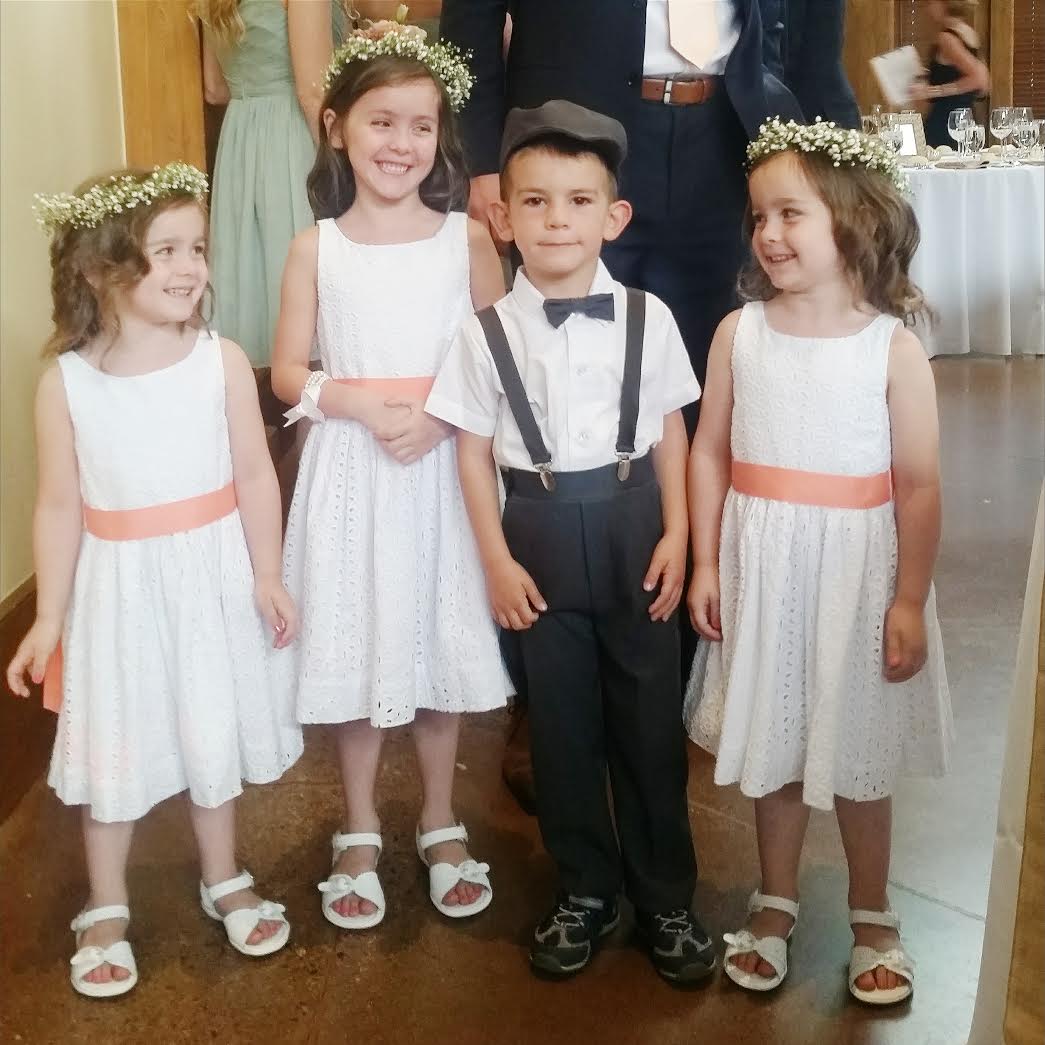 I have no idea what I said that made the girls all gaze so adoringly at the ring-bearer (or him to make the perfect smug “stud muffin” expression), but I’m seriously hoping the quality of this picture is good enough to blow this one up big and frame it. Because I’m pretty sure I’ll need it when one of them marries cute little James one day. 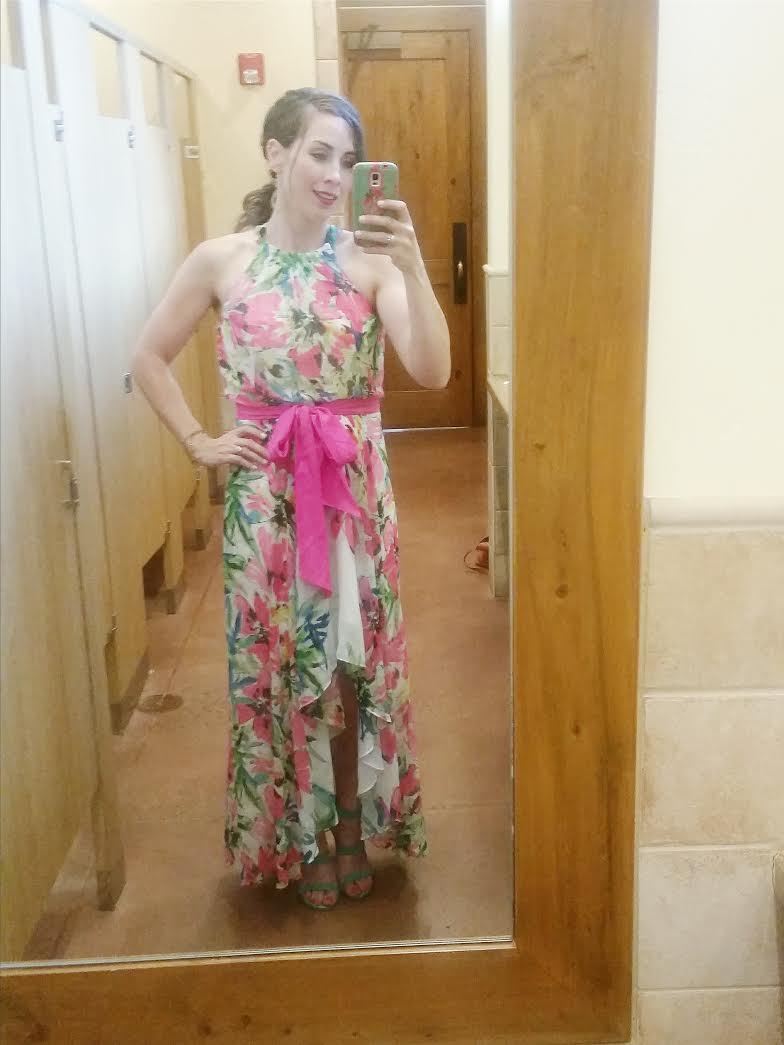 {Forgive the fuzzy bathroom pic… After all of the dithering about my hair, all I had time for was a low ponytail with a side braid–completely invisible here–and side-swept bangs, which I fruitlessly tried to tame with a straightener, producing rather limp results. Meh. But Shaun said he loved it. Good man}

ANYhoo, the moment of truth had arrived. I was feeling pretty good right up to the point that Evy got her bow retied and suddenly decided that, although it was tied in exactly the same way as before, it was worthy of a full-on feet-stamping tantrum. Good thing I’m not above a bit of bribery/threats when the situation is desperate enough. I reminded her, through a clenched teeth smile, that the Princess Jelly Beans that were waiting for her at the end of the aisle  would never make it into her eager little palms if she kept this up.

Miracle of miracles, the waterworks dried up pronto, and she and Nola lined up like the good little sugar-lovers they are.

I couldn’t see their faces as they walked down the aisle, being the hovering Prom Mom/flower/hair/shoe/prop checker that I was, but I’m told that there were some smiles, and–most importantly (so importantly)–neither of the twins dropped the adorable-if-slightly-hefty “Here Comes the Bride” sign on their toes. 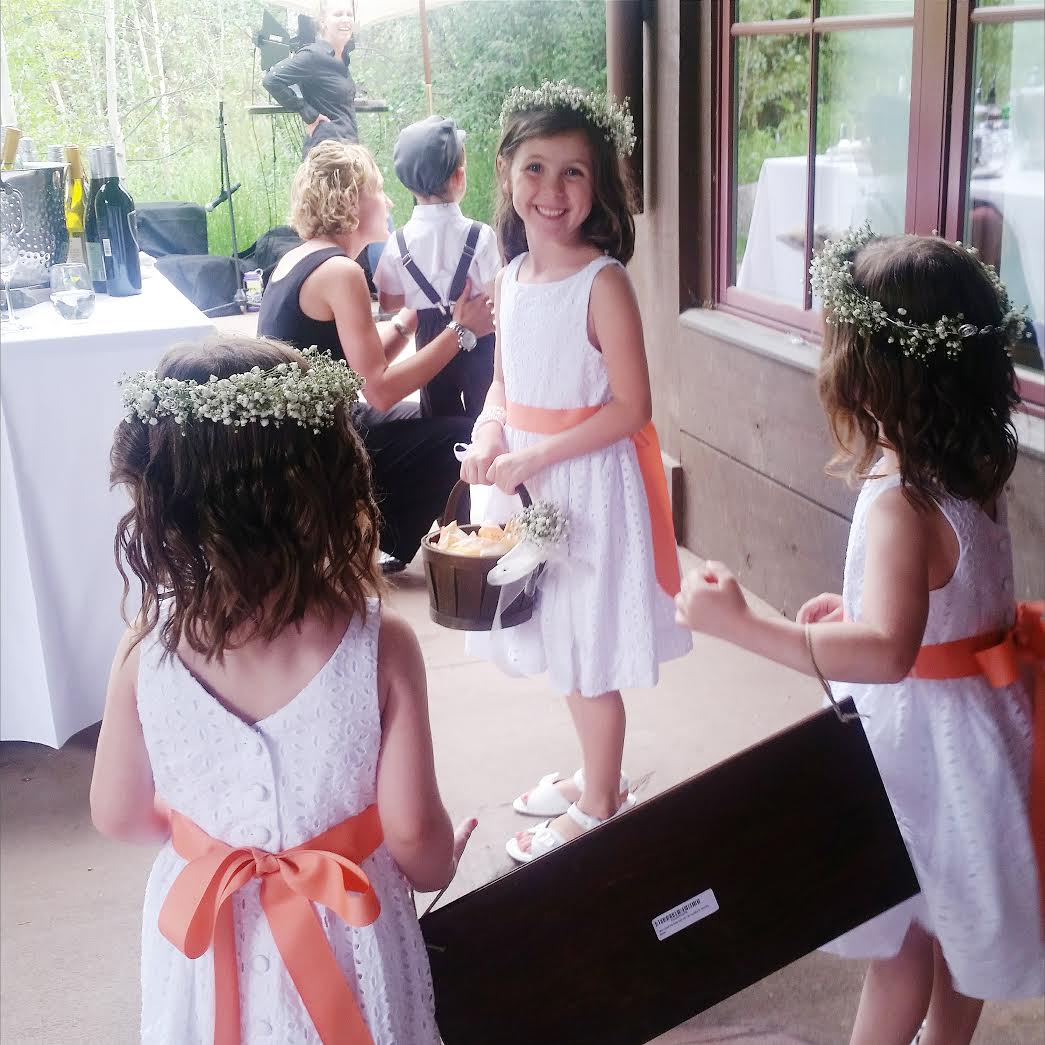 {Ha! Clearly in all of my attention to detail, I still managed to miss the sign sticker}

The rest was pretty much one big victory party. For me, at least. I mean, important stuff like vow exchanges and such happened, of course, but I was pretty confident of the adults’ abilities to do their parts. It was those sweet lil’ 3-year-olds that had me worried. Oh, and I should mention that Della was an utter professional. She swept down the aisle in time to the music scattering petals tastefully and smiling demurely. Girl’s got class. 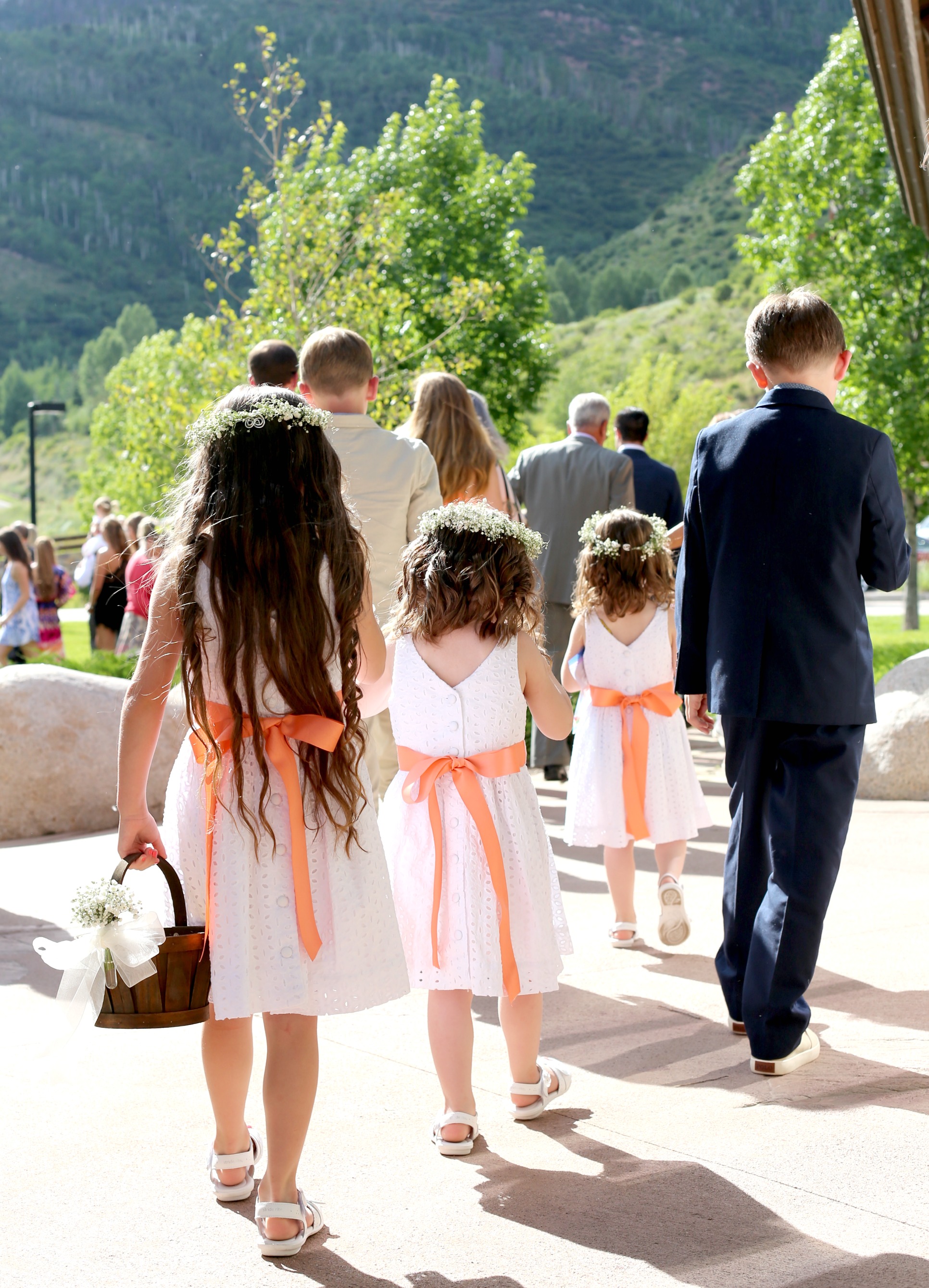 {Heading out into the sunshine to take 86 posed shots #goodtimes}

I would love to tell you that I did a wonderful job of photographing the gorgeous reception, but…I’d be lying. I literally got one “decent” shot. 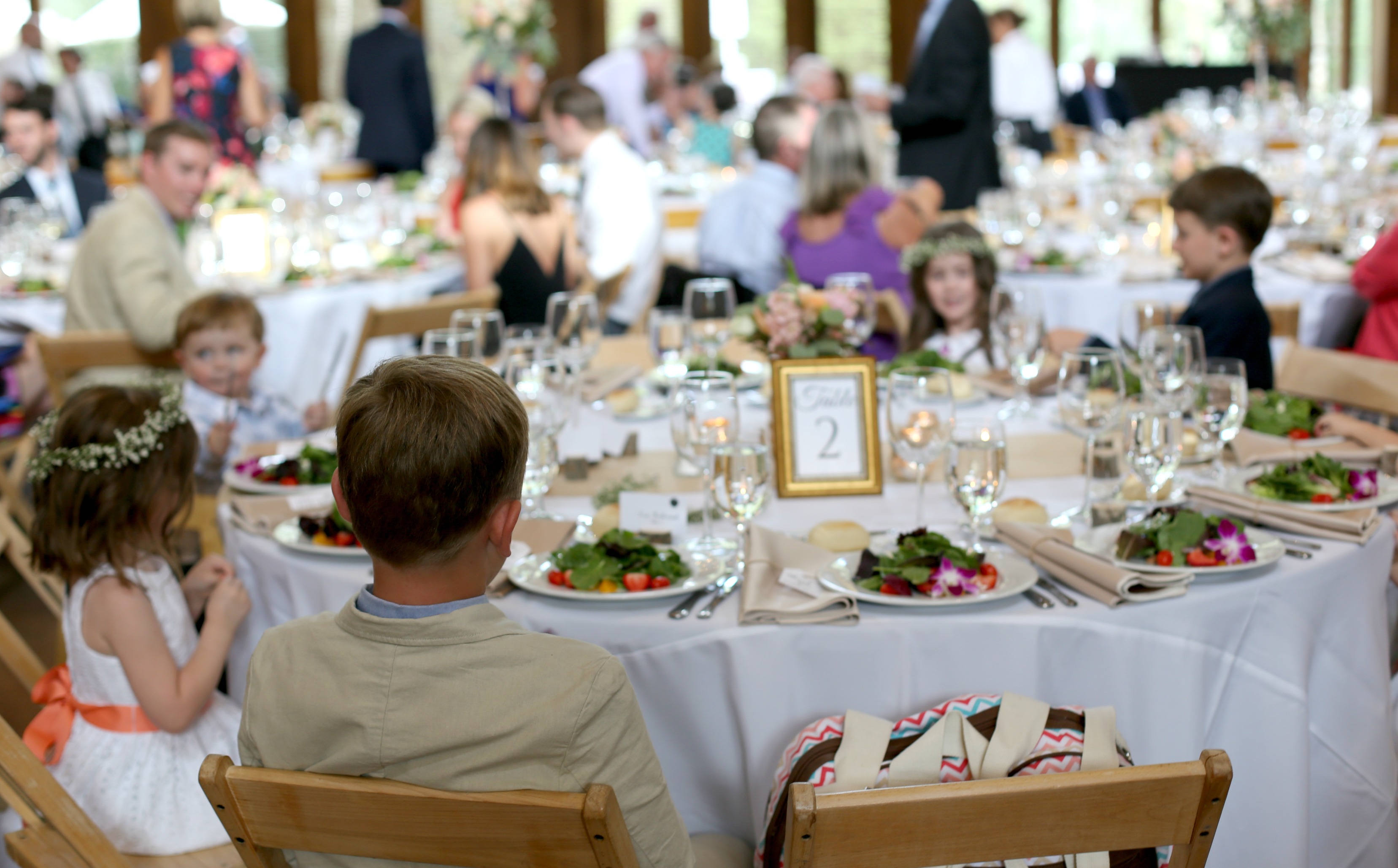 …and then went back to snatching steak knives out of little hands and steering the twins around the beautiful but precariously situated (read: entirely too close to our table; I had visions of their running headlong into it and the entire thing crashing down in a spectacular explosion of raspberry filling and buttercream) cake table.

But I/Shaun did snag a few keepers outside. 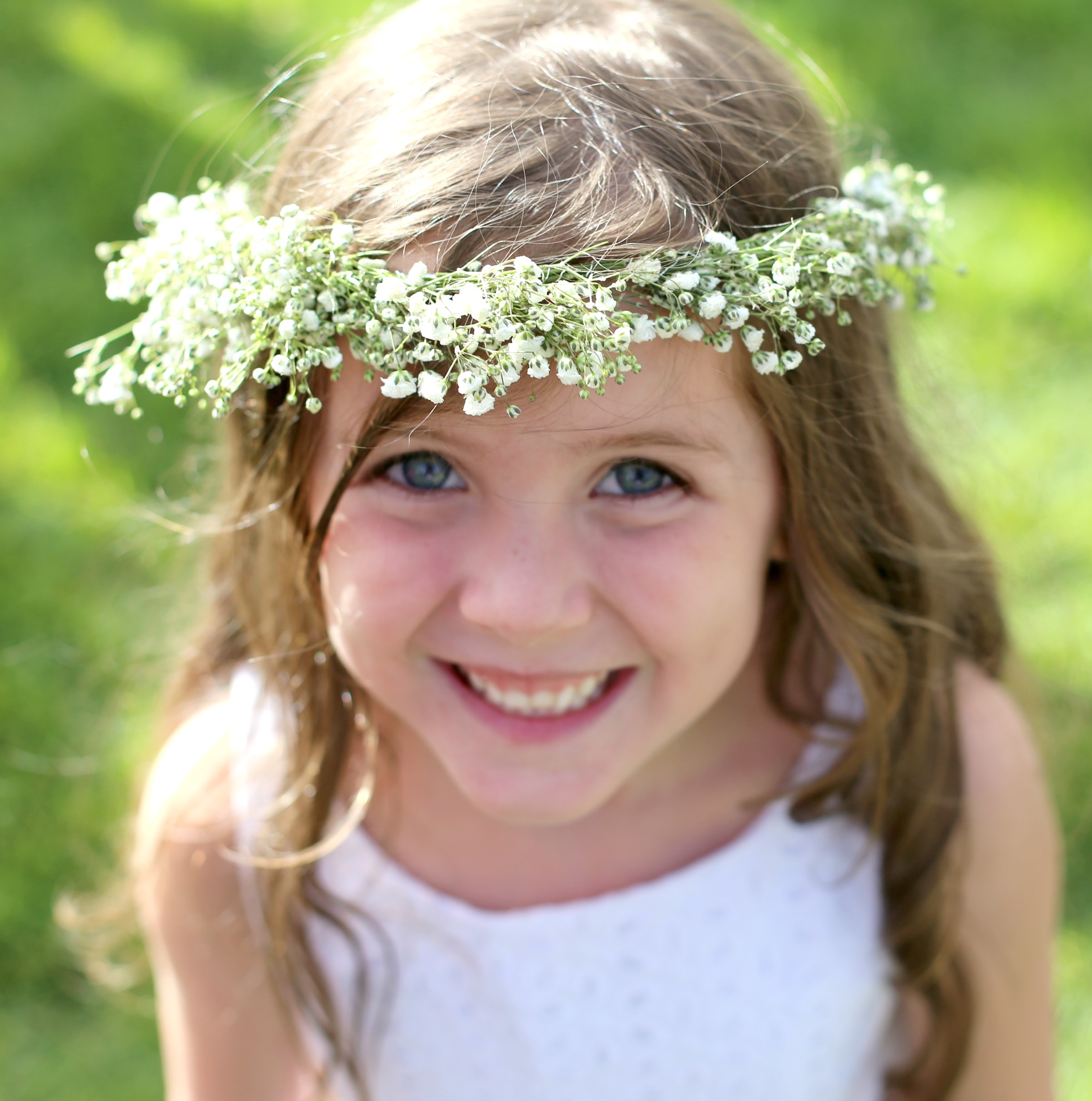 This little woman gets more poised and thoughtful daily. I can already see glimpses of her grownup self, and it’s pretty amazing. 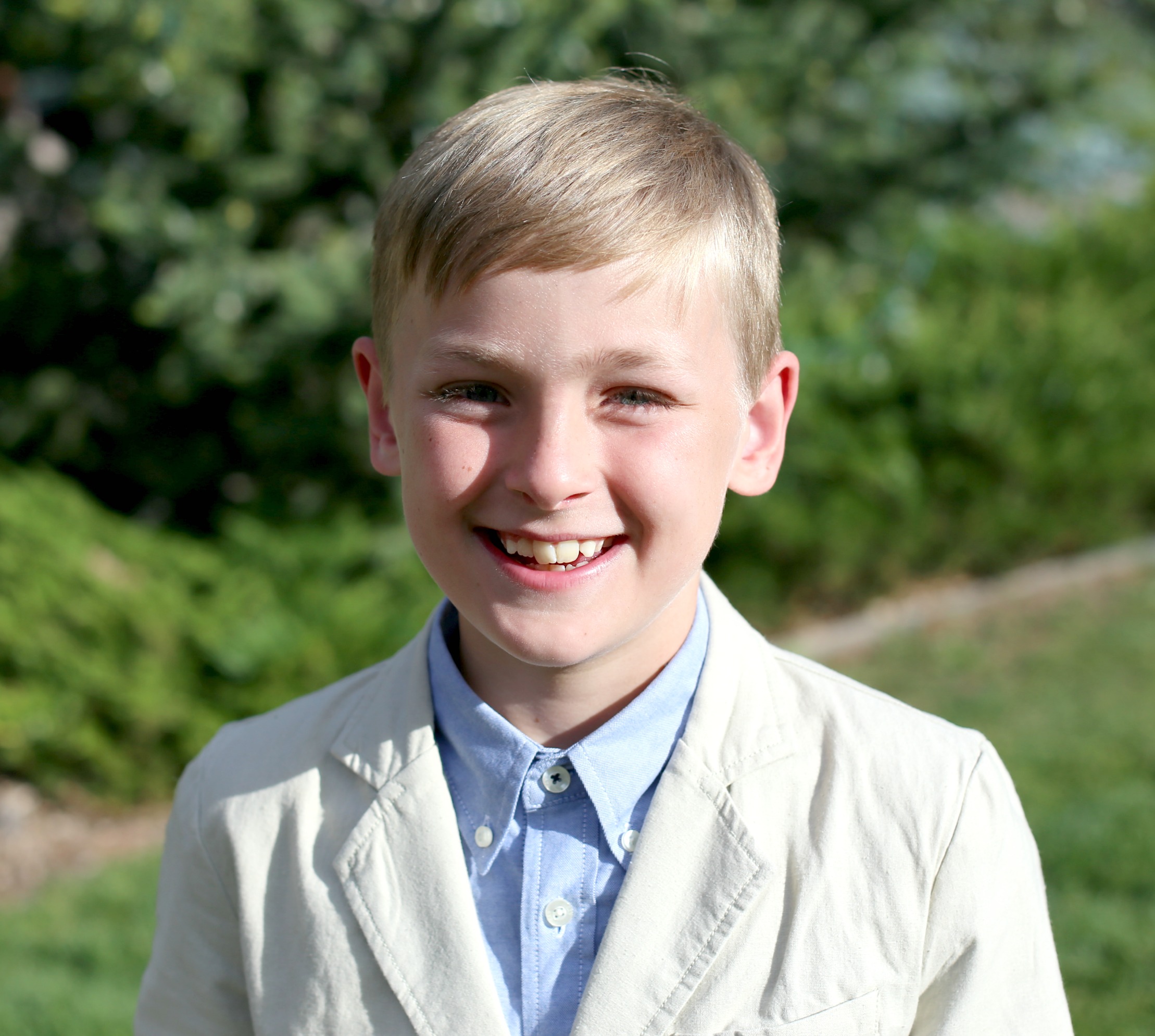 And then there’s this young man. 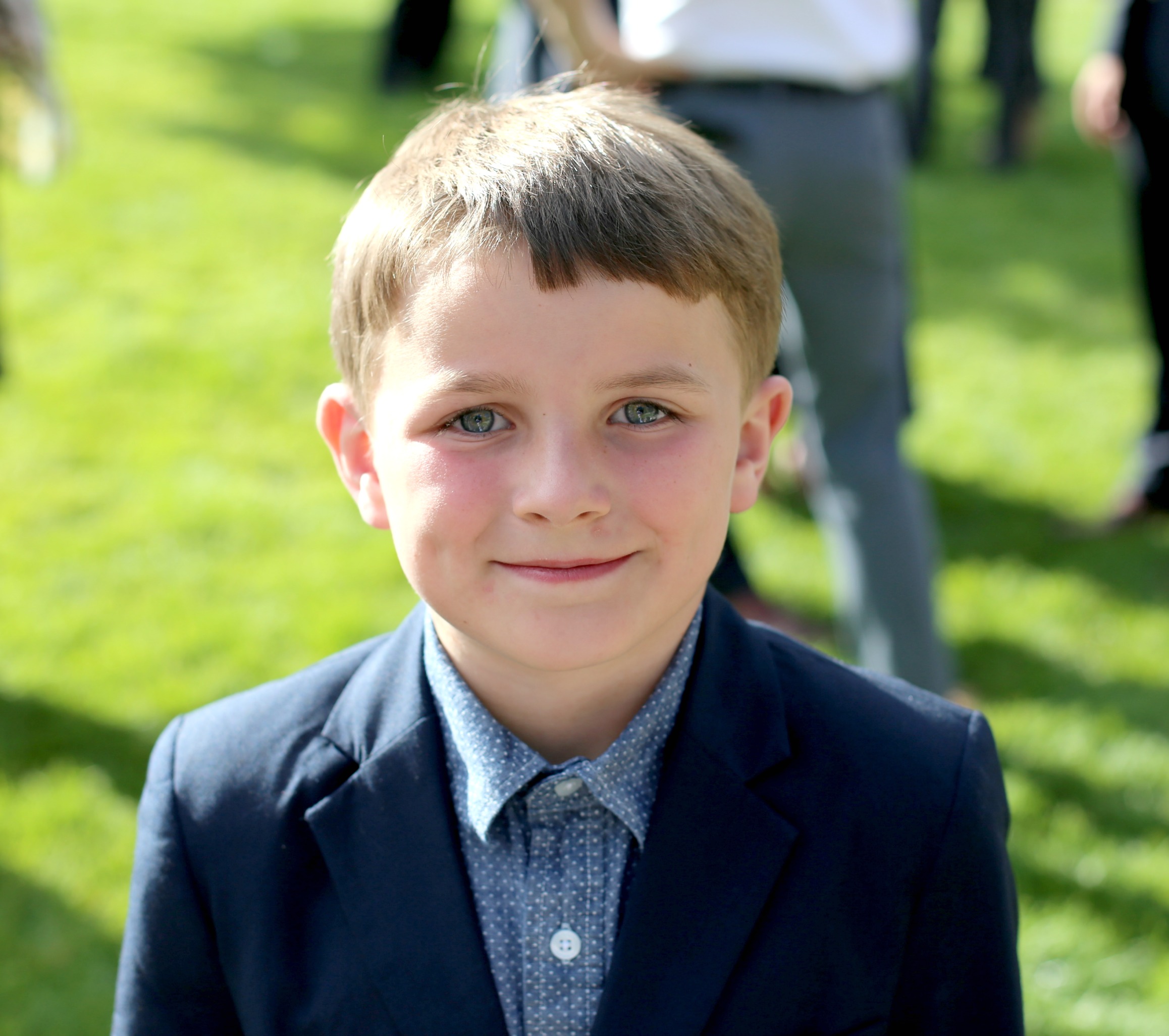 And this one. They’re both hilarious and wise and helpful. In between being total goofs, of course. Man, I love them! 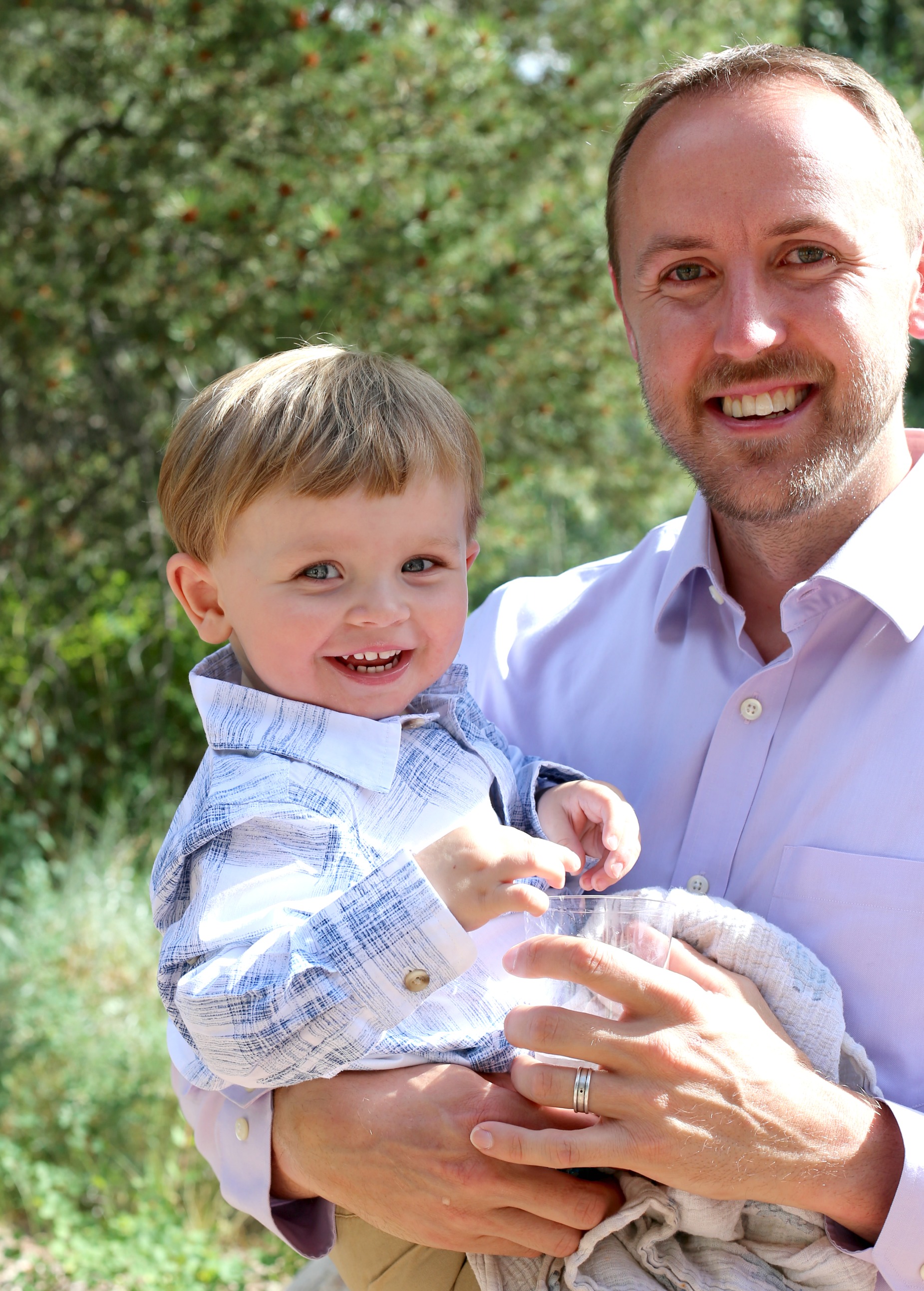 Everyone keeps commenting on “how BIG” Theo looks with his haircut, and I can’t help but agree. *Sniff.* 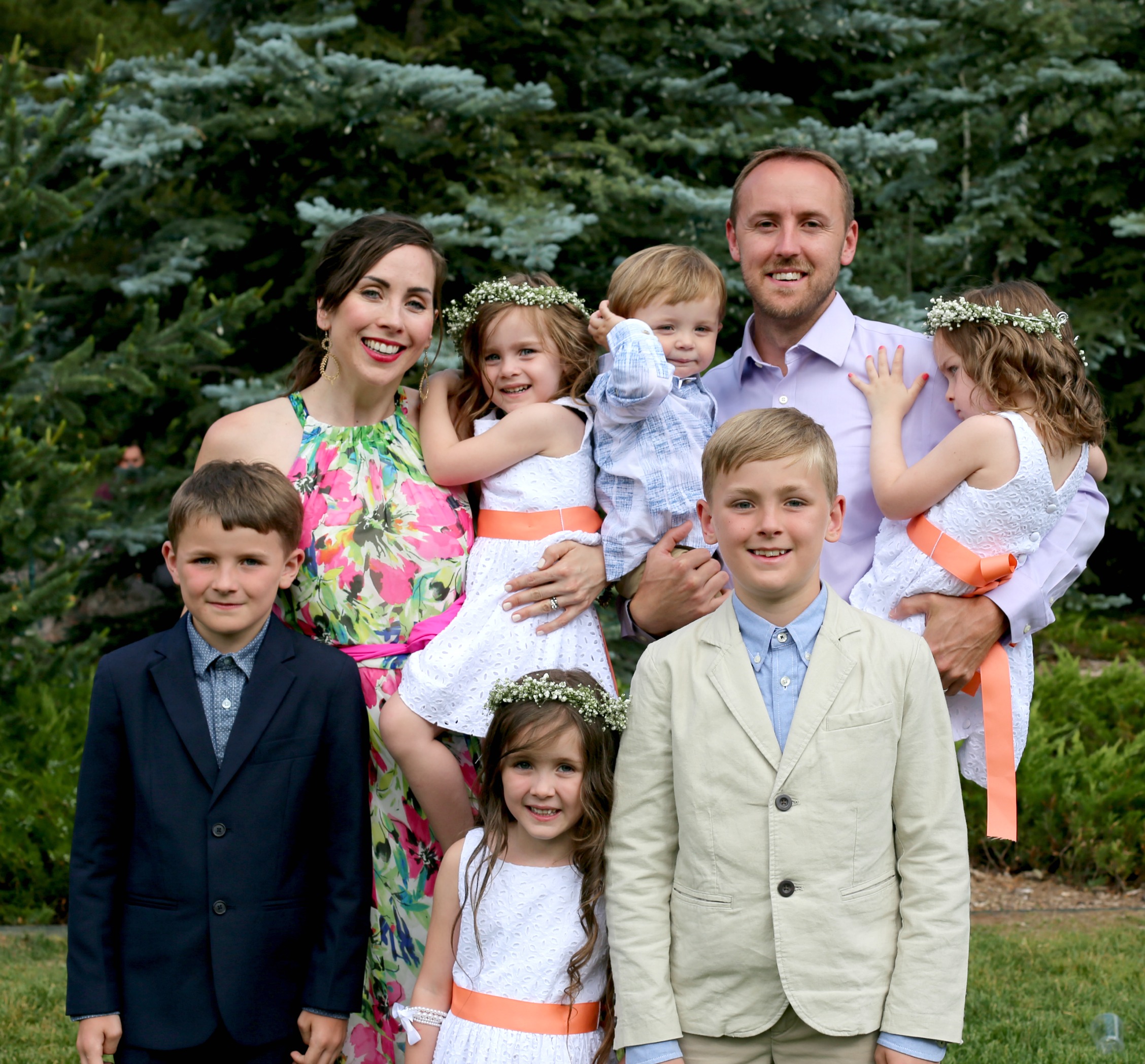 I realize the next pic was supposed to be of the twins together, but they were pictured out by this point (as evidenced by Nola’s enthusiasm above). 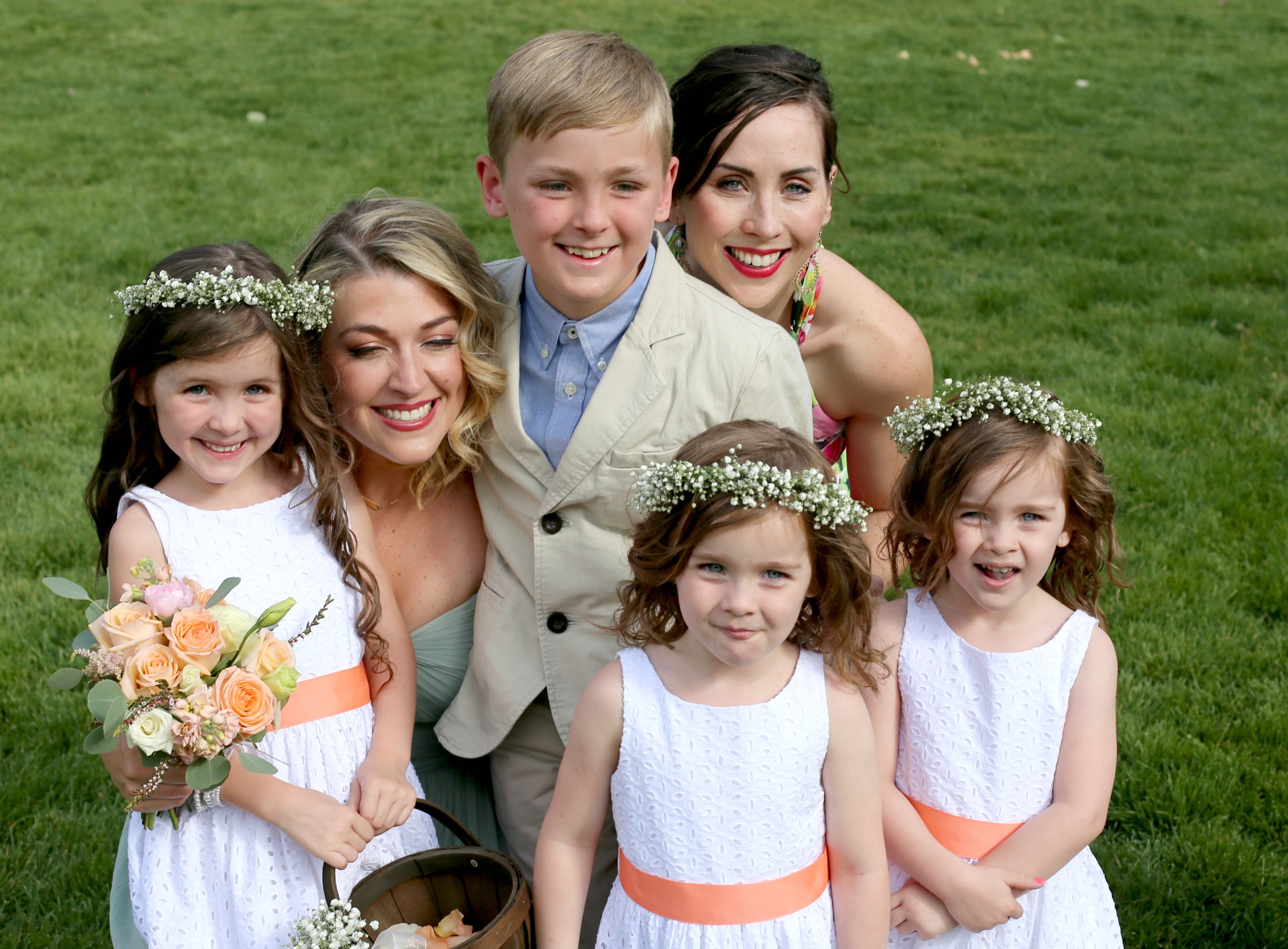 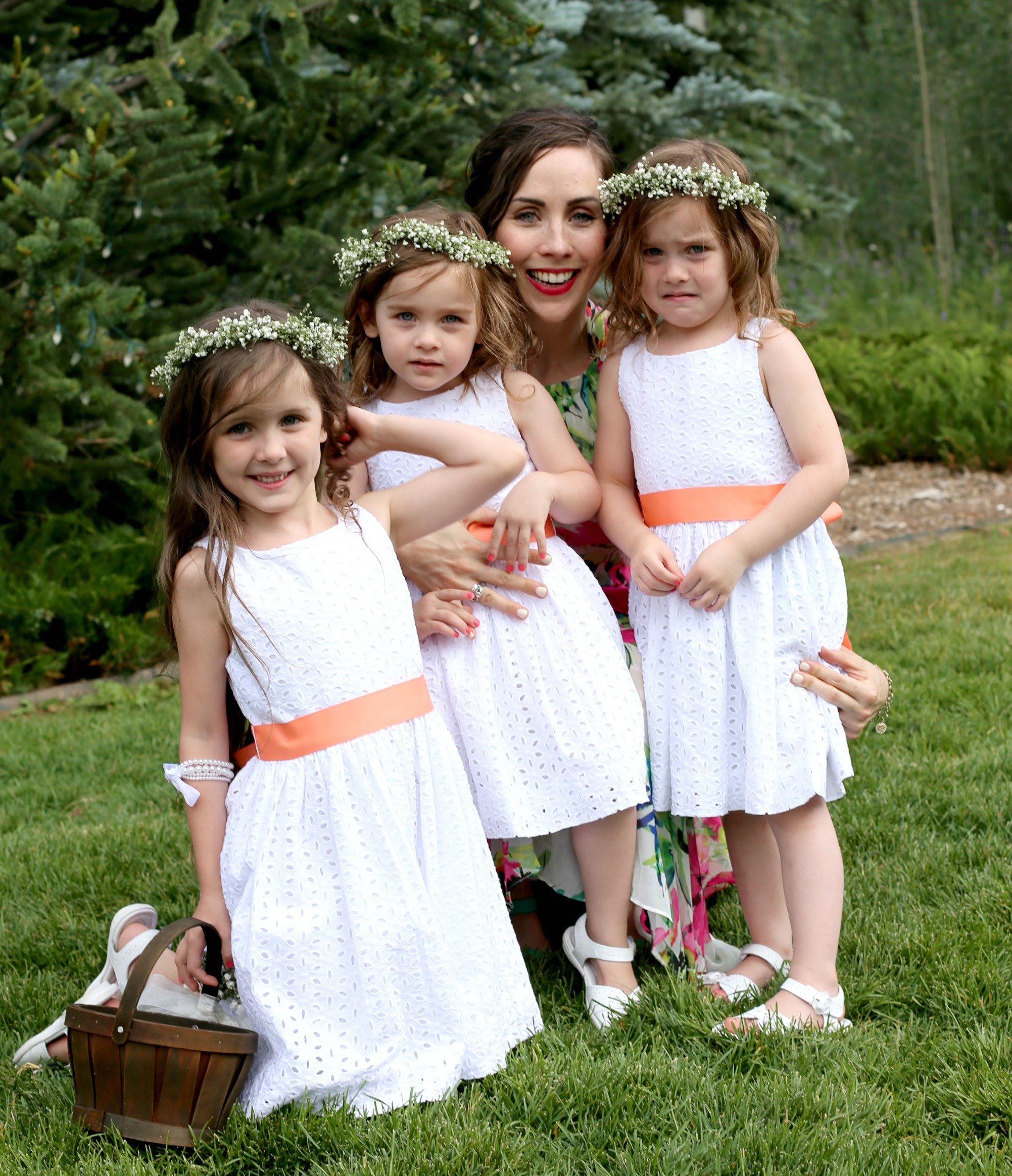 Aaaand after. The twins had already been told a minimum of 6 times: “This is the last photo. Just smile oooooone more time.” #nope Also…note my expert use of the “the mom claw.” 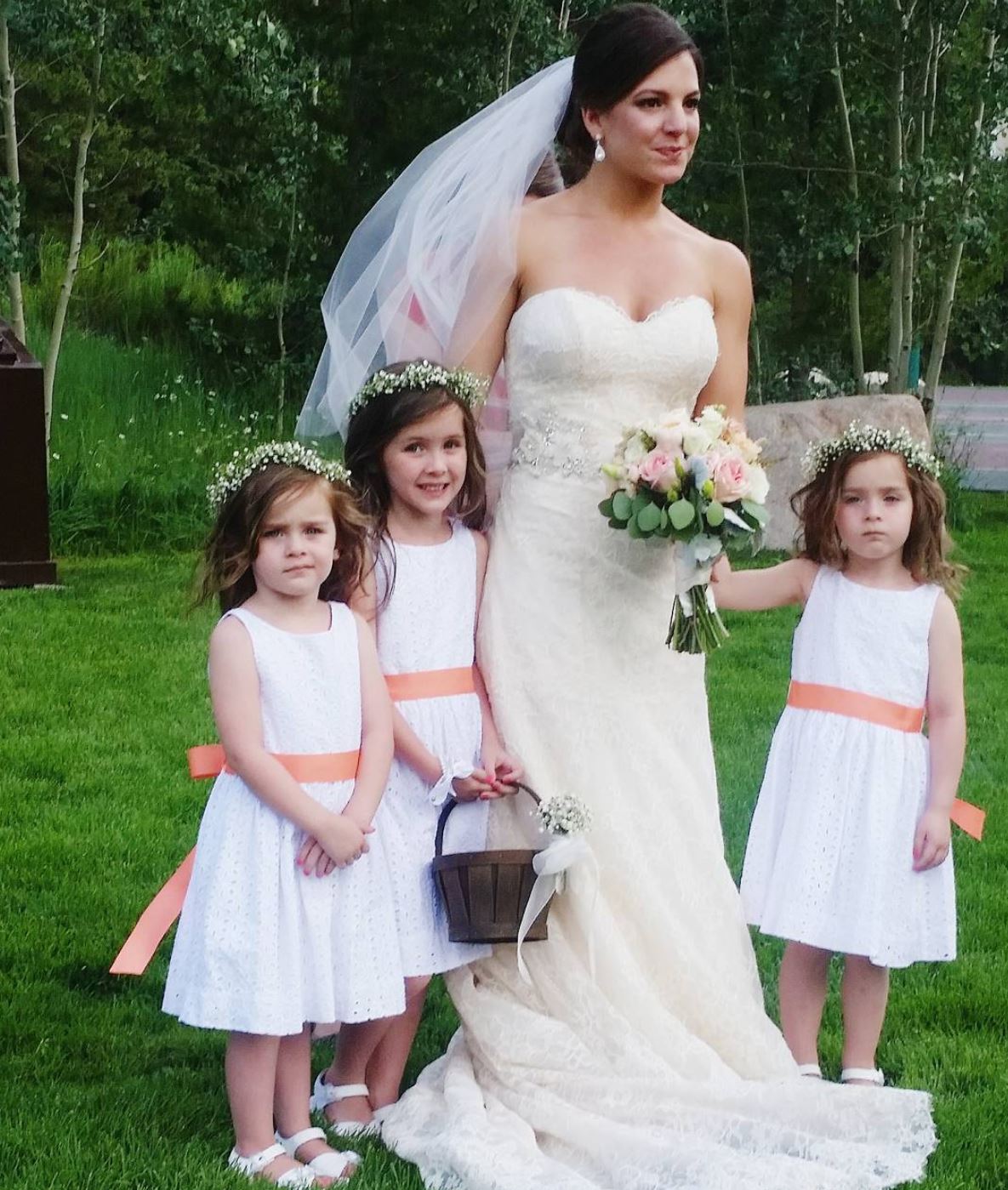 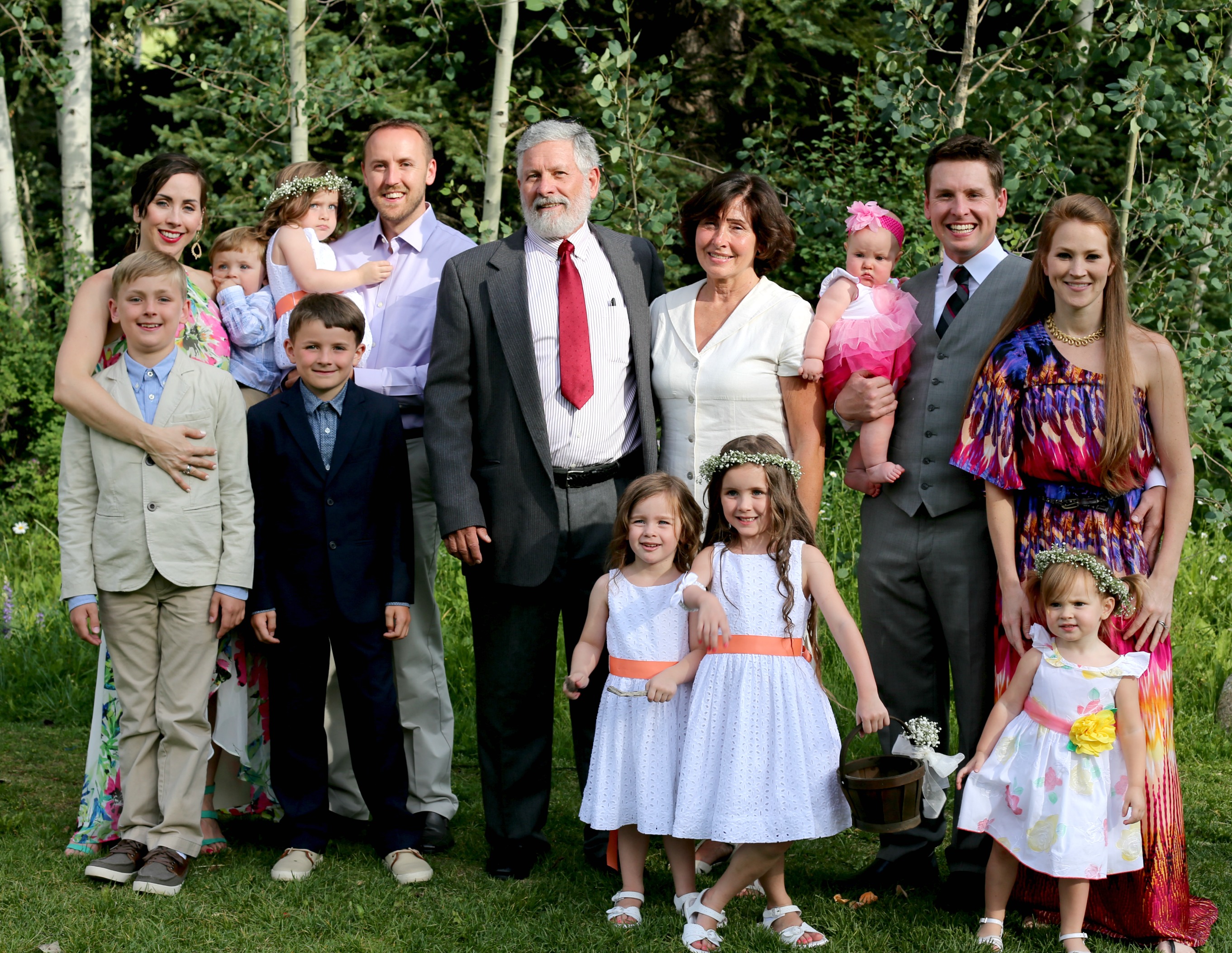 And a semi-decent pic of my whole family? Whaaa? Miraculous, I tell you.

Try as I might, I didn’t manage to snag one single decent pic of the kids bogeying down on the dance floor, but I did capture some of their more memorable moves in a quick video on IG.

So, there you have it. Many, many pictures and words about a very pretty, very fun, very busy wedding.

And now to tackle that laundry.  But first, sleep.