Hi guys! Just popping in to show you what a difference 1/2 an hour, a skilled stylist with a high-heat blow dryer, and $53 can make.

As a serial overpacker, I am proud to announce that I nailed it this time (if you never figured out the fruit reference and haven’t been following along on social media, then I’ll just clear that up by saying that I’ve been in New York City for the past 3 days). I have worn everything I brought minus two pairs of pants. And that’s only because it’s been so unseasonably warm (apparently, we brought it from Texas), that I didn’t need to change into pants at night like I thought I would.

Unfortunately, this new pared-down packer that I’ve become got a little too spare this time, managing to forget not one but two essential items: my blow dryer diffuser and a razor.

Since we’re in New York, the razor situation was quickly fixed by a jaunt down the street to the corner store (thank heavens; no one wants to see my stubbly underarms!). But the diffuser situation was a bit more puzzling. Sure, I could have bought one of those too, but it wouldn’t have fit on the hair dryer at our rental apartment, and then I would have had to buy one of those too, and then it wouldn’t have fit in my luggage, and that all would have gotten expensive fast…

So, I tossed that idea out the window and blow dried my hair without a diffuser, which resulted in this: 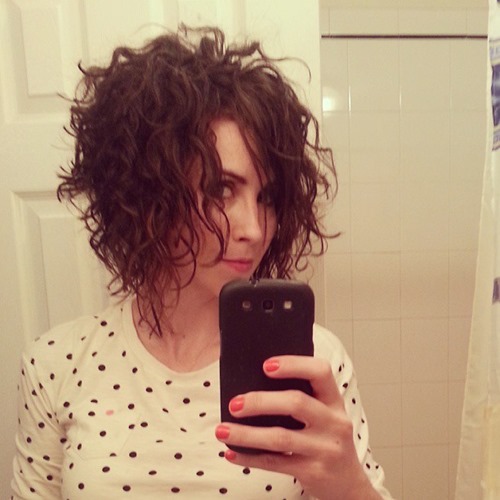 Quite a few of you wild and crazy Facebook folks like it (I’m not going to lie, I did too). But we were going out for a fancy dinner and a Broadway show, and I really wanted to do something just a teensy bit more sophisticated than I-stuck-my-finger-in-a-light-socket-and-got-this.

So, I walked down the street to the first salon I found and asked if they took walk-ins. The receptionist  said, “Of course we do, honey.” Well, all right then.

I then proceeded to get my hair shampooed and blown out by two men with shinier hair than I will ever dream of having. I had seen some advertisements in several salon windows about “blowout specials” for around $25, so I was thinking, “Well, since this place isn’t advertising a special, they’re probably a bit more expensive than that…maybe $35 to $40?”

Sure, that’s a lot just to get your hair did, but I don’t ever do this, and once my hair is straight it lasts for a good 4-5 days, and…okay, I’ll stop making excuses. I was feeling frivolous, okay?

At least I was right up until the receptionist said, “That’ll be $53, hon.” I’m pretty sure my fingers were a bit numb as I handed him my husband’s credit card. And all I could think was: Fifty-three dollars to get my hair blow-dried straight. Choke.

But since I was pretty sure spraying it with a bottle of water and saying, “Look see? It didn’t work! Can I get a refund?” wasn’t going to work, I slunk out of the too-fancy-for-my-britches salon and back to the apartment.

Lucky for me, Shaun loved my hair so much that he got over the hefty price tag for it after a brief bout of coughing.

So…how did it turn out? 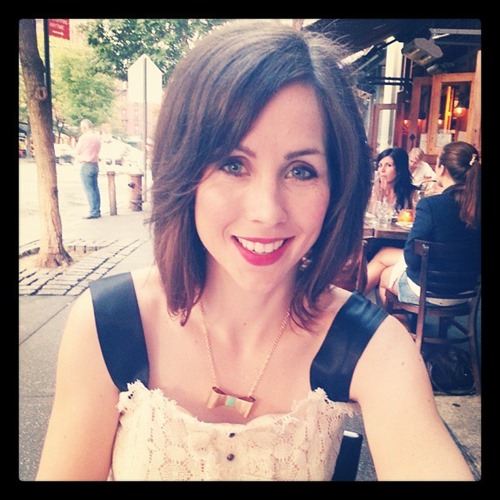 (I will now be attempting to achieve a new record for days-straight-without-washing-my-hair in an effort to bring the price-per-day down below $10).

So, what about you guys? Any (unintentional) beauty splurge stories to share?