I posted the following to Facebook a while ago when my husband and I were on our way to Houston for my birthday weekend.

Shaun: “The Woodlands Mall is the next two exits.”
Me, staring blankly: “So?”
Shaun: “They have an Anthropologie there.”

That there is true love, folks. 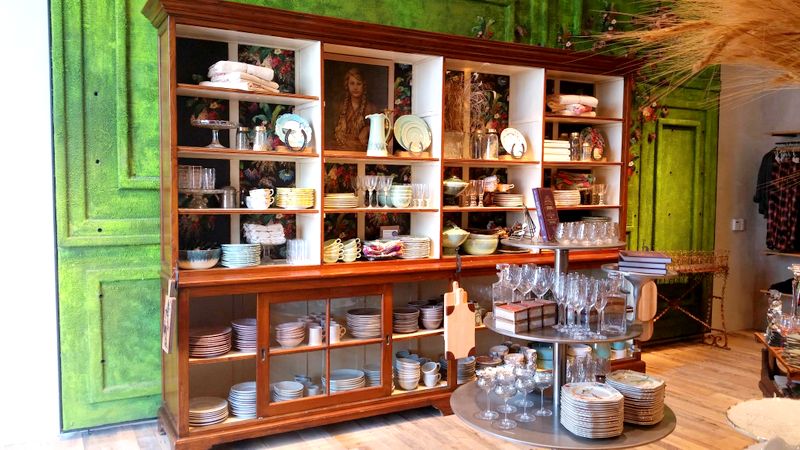 It got a fair number of likes, presumably because a) y’all like Anthro too or b) y’all like husbands who are nice enough not only to look up the location of their wives’ favorite store but to then point it out instead of just cruising right by. (I’m guessing it was a bit of both). 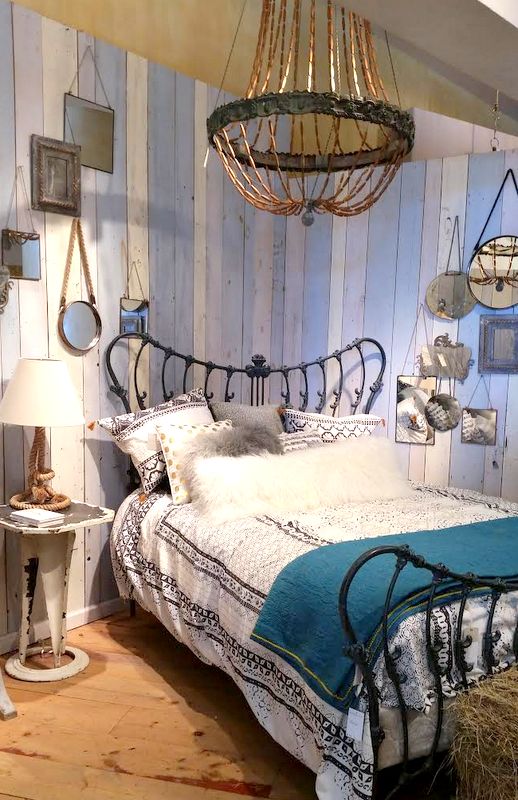 {Oh, and did I mention that we went to not one but two Anthros during the course of the weekend?}

Seriously, y’all, my husband gets me. I mean, having a wife that loves Anthro as much as I do could be a very scary thing for a man. Or, more specifically, for his pocketbook. But my thing for Anthro really has nothing do with whether I actually buy anything there or not. Because the truth is, that even as seldom as I go, I usually don’t buy much at all. And if I do, it’s the cheapest thing I can find that I actually want. 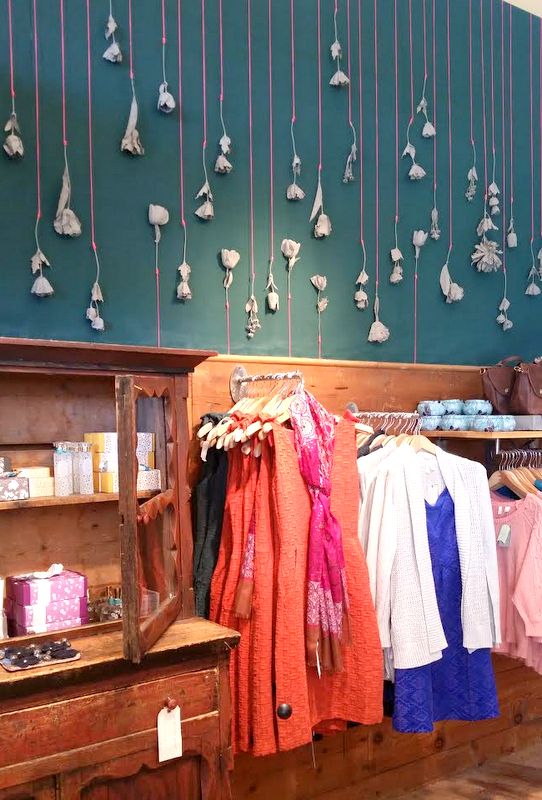 {See that coral lace dress that that has a similar vibe to the one my friend, Lindsay, bought for my birthday? Yeah, the Anthro version cost $190. Choke).

It’s just that there are so few stores that qualify, not just as a destination, but as an experience–and a unique one at that, since each store gets its own decor. 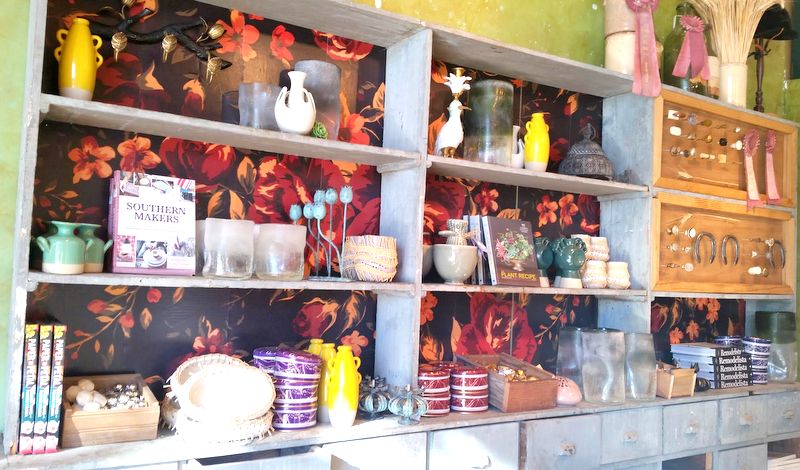 Yes, their prices are ridiculous. As are some of their clothes and furnishings. But it’s all combined so artistically and with such an eye for that illusive boho-chic style that only Anthro does quite that well, that even the most bargain-minded girl (that would be me) sometimes finds herself staring at a tag and thinking, “Hmm…this ruffled tank is only $29.99 on sale. That’s not too bad.” 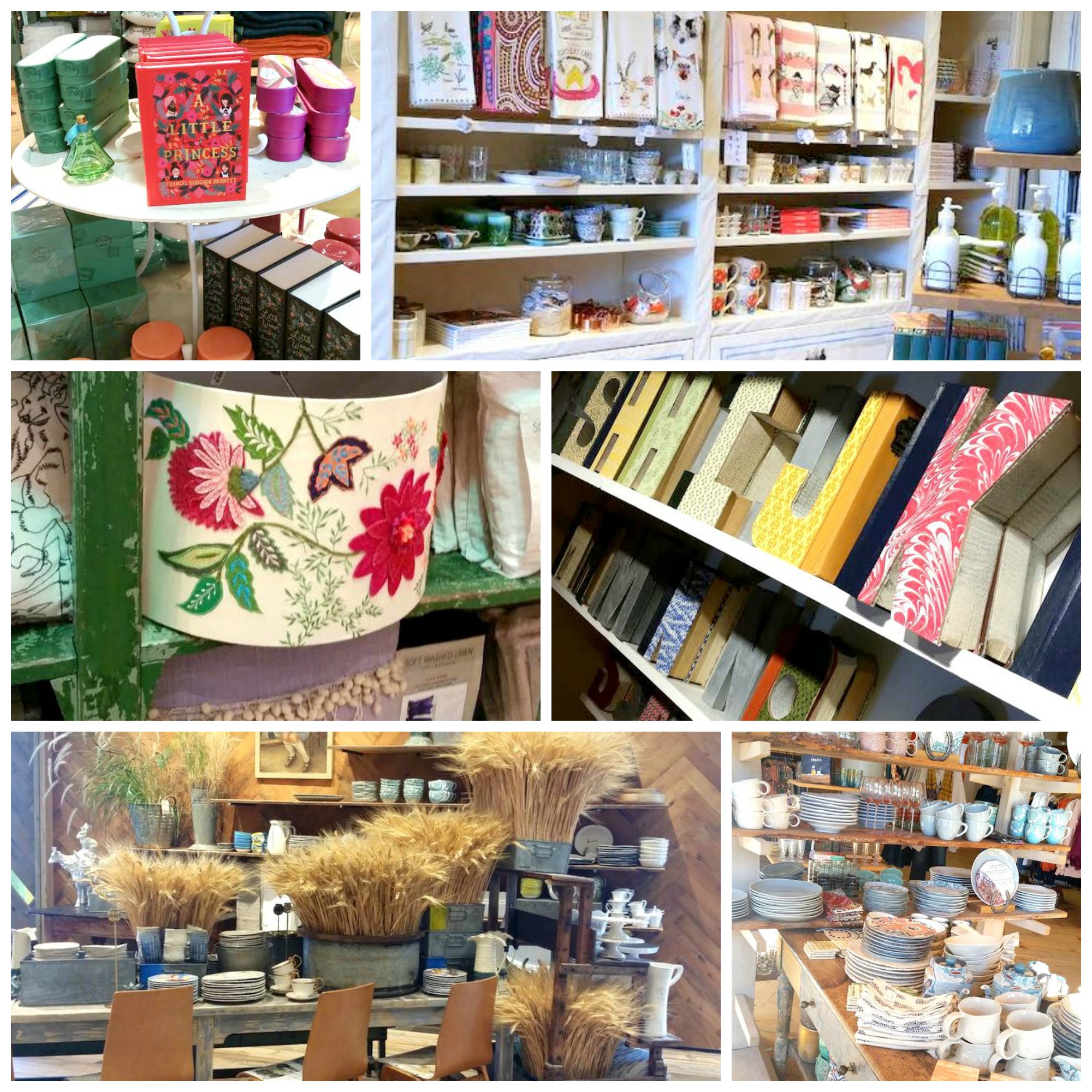 Fortunately for me, the haze that all of those yummy smelling candles casts over my mind usually fades before I get to the register, and I realize that–oh yeah–I would never even consider paying $30 for a tissue thin, ruffly cream-colored tank top (never mind that it was originally $79) if it weren’t nestled amongst so many other pretty, perfectly styled pieces that make it look so much better than it really is. 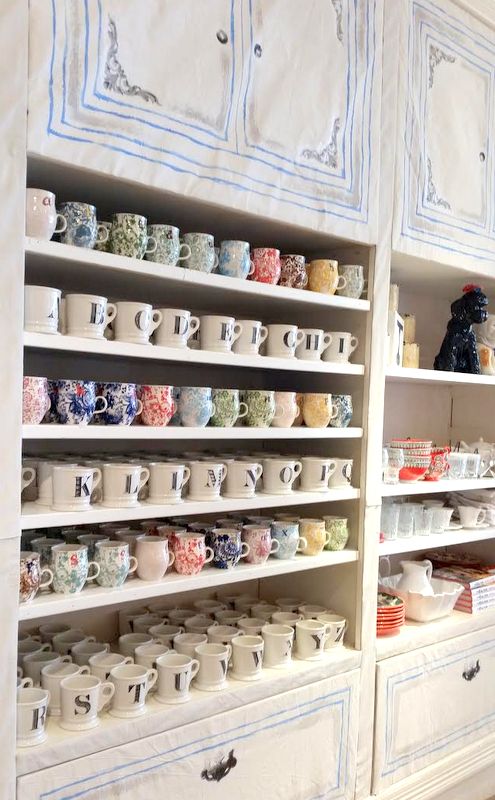 And then I go back to perusing the wall displays along the store’s periphery (I completely ignore practically the entire center section because it’s comprised of full-priced outfits that I will never buy), content to be inspired by the kind of creativity that apparently convinced the girl in line in front of me to drop $238 on a hat and maybe one other item (I didn’t see what else she bought, but the bag she left with was far from large).

Me? I was happy to use my 15% off birthday discount to buy a $12 mug + an $11 set of ceramic measuring spoons that I’m going to try to keep my kids from breaking.

But mostly, I was just happy to have completely guilt-free time to wander, peruse, and admire without any intention of buying. 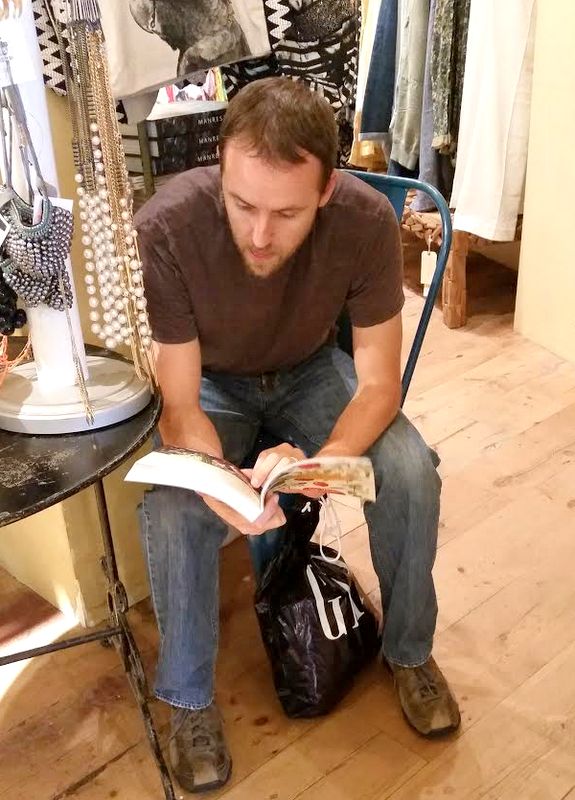 Two things about this picture: a) that bag of clothes from GAP was pretty much entirely for him, since the man refuses to buy clothes unless I’m with him or get them for him, and b) this is my husband happily reading a gardening book from the sale section at Anthropologie. And you thought it was just a store for women.

Of course, the Anthro in the Woodlands did have one thing going for it that made the whole experience just a bit sweeter. 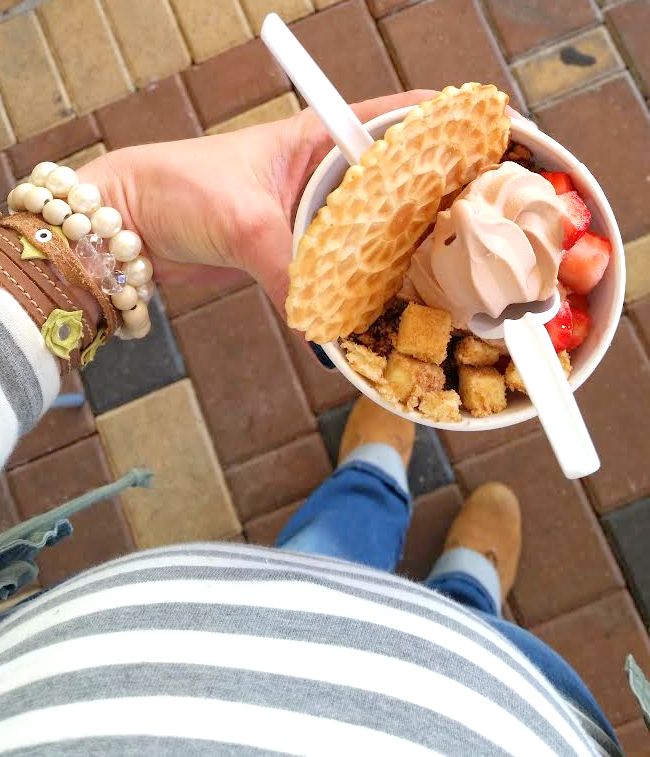 That would be a loaded cup of chocolate hazelnut fro-yo from Pinkberry that I split with Shaun and then wished that I’d had all to myself (s’okay, we got more before the weekend was over).

Ohmuhgoodness, y’all. If every Anthropologie had a Pinkberry nearby, that would be a lethal combination.

Because at Pinkberry, one does not simply browse. Oh no. One samples (and samples) and then buys a very large cup of sugary goodness.

Amen, and bless it.

So, what about you guys? Are you Anthro admirers too? I know it’s not everybody’s (initial-embossed) cup of tea, and, as Shaun pointed out, how I actually decorate/dress is considerably different than the overall vibe of the store. But aren’t we always drawn to things that are maybe just a little bit of an escape from our normal, everyday life?

What about Pinkberry? I used to think that TCBY’s chocolate yogurt in a waffle cone was pretty much the zenith of all frozen yogurt experiences. But then all the locations near me shut down, and when they reemerged years later in their new, self-serve format, they had completely changed their chocolate formula, and, as a result, I’ve been off of fro-yo for years. Pinkberry’s chocolate hazelnut, though. Oh man. That was enough to resurrect my love and even converted my non-chocolate-ice-cream-loving husband.