I had a reader ask me in response to Monday’s post for some suggestions for stay-home-and-cook fancy meals, so I thought it might be fun to scout out a few options and then share them with you guys.

I did a little poking around Pinterest (I may not be good at it, but–newsflash–it’s really useful! Who knew!) and this is what I came up with: 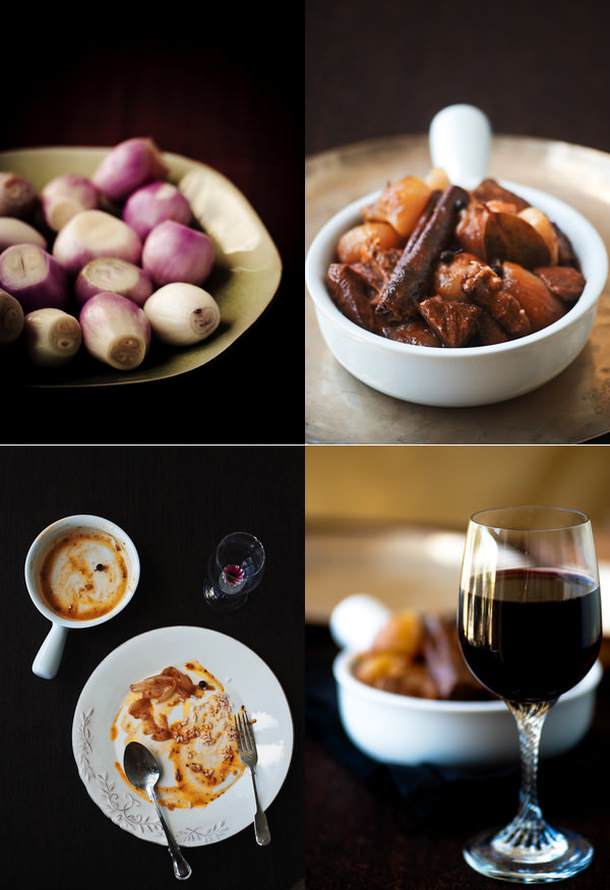 Okay, truth be told, I didn’t need Pinterest for this (except to nab that gorgeous picture) because Shaun and I experienced the realdeal Greek version on our trip to Santorini last summer. This is one of those dishes that is so tender and flavorful that it’s universally appealing. Unless you’re a vegetarian. In which case, you have my sincerest condolences.

And truth be told (again), this dish isn’t really so very fancy or hard to make (although, you’ll want to start early since it needs to cook a while; in fact, if you want to cook ahead and only cook sides on the evening of, it tastes even better on the second day). But it’s still a little more involved and exotic than your average Tuesday night dinner (because who wants to make Turkey meatloaf–again–for Valentine’s Day?).

There are pretty much a bazillion different versions of this floating around the internets, so feel free to browse the ingredients and see which one sounds the most up your alley, but I would definitely go with one that has reviews rather than setting yourself up for the now ubiquitous #pinterestfail.

I made one I found when we were feeling a bit nostalgic after we got home from Greece, and it was delish, but I didn’t save it (told you I’m bad at Pinterest), so, apologies for being no help in the specific recipe department.

To make up for my lack of specific direction above, let me point you to two very detailed recipes for crusted filet–namely this one with a parmesan crust and this one with a kicky horseradish crust (my husband’s fave). 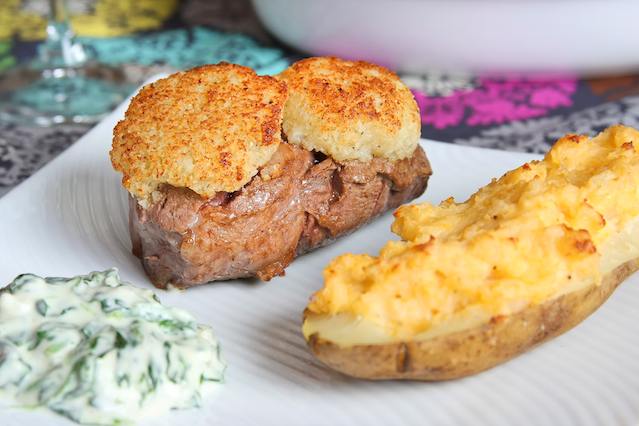 We’re kind of enamored with these steaks that are knock-offs of the filet medallions that a Chicago-area restaurant called Wildfire serves (that link goes to my Chi-town blog recap, not the restaurant website).  They’re our go-to special dinner choice, even though I’m not even a red meat kinda girl. (not that you would know it from my suggestions so far).

But–truth be told (man, I like that phrase today)–we love the buttery, crispy gorgeousness you put on top as much as the steaks, so we usually cut the meat in half horizontally, so that it’s only an inch thick or so (total money saver, too, since these bad boys are pricey). I realize this is practically sacrilege to a true steak-lover (believe me, the “&%$#??!” look I got from the bright-eyed, eager meat manager at Super 1 that one time he offered to custom cut my steaks, and I asked for thin ones, was enough to assure me that we.are.weird. As if I didn’t already know #sixkids #duh).

I’m pretty sure if you’re a thick (aka not-weird-like-us) steak lover, though, these would still turn out juuuuuuust fine.

And now, meandering back into the world I live in pretty much every day, let’s talk chicken.

Pretty much the antithesis of fancy, right?

Unless you stuff it. This is one of the few times when being full of it is a good thing. 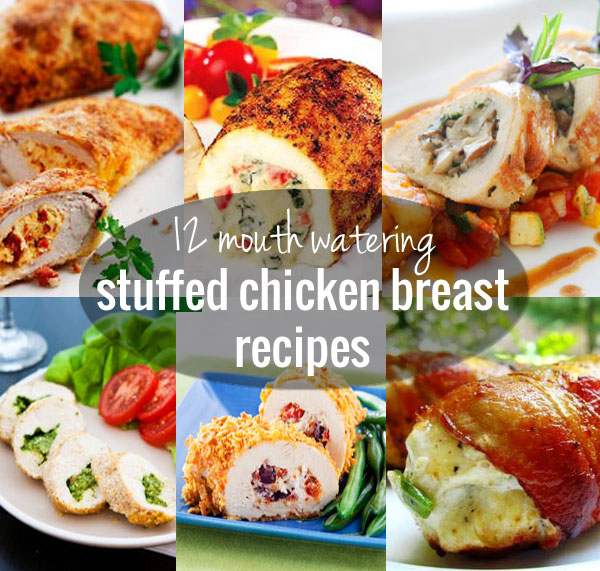 Um…whatever you can dream up pretty much. This is the internet at its finest, folks. I am sharing a compilation that someone else came up with to share yet more people’s ideas. It’s called meta-sharing, y’all. And it’s awesome.

I’m already planning on giving several of these versions a go, but not on Valentine’s Day.

Because this year, we’re going French and making… 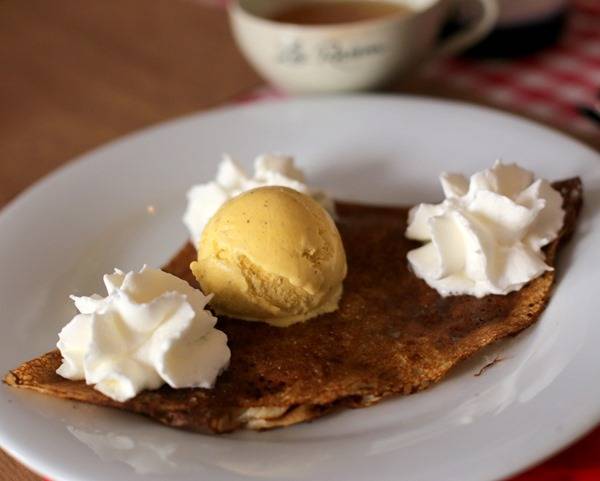 That’s an actual picture of an actual crepe that I actually ate in an actual Parisian creperie. And it was actually as amazing as it looks. (Side note: there’s warm, gooey, fresh apple filling inside *drool*).

Call us optimistic fools, but we’re going to attempt to make authentic French crepes–both of the savory and the dessert variety–for Valentine’s.

And if you’re wondering why the big bad bolding of the word “authentic,” it’s because my experiences with crepes before Paris had heretofore been limited to sad, rubbery, limp, imitations of the real thing.

I didn’t think I liked crepes. And then Paris happened, and I discovered that I didn’t like crepes at all.

(There is probably more than one reason why I still have an, ahem, healthy chunk of baby-weight change to lose, but I’m going with that trip to Paris and crepes as being way up there at the top of the list).

I sincerely doubt our beginner attempts will even reach the same stratosphere as the ones we ate at that tiny creperie in Montmartre.

But I’m still looking forward to giving it the old college try. I haven’t landed on the perfect recipe yet, but if they actually turn out decent, I’ll be sure to share.

What about you guys? If you’re the cook-at-home types, do you have a go-to “fancy” meal for special occasions?

What about crepes? Ever had any that produced a chorus of angels singing?

0 thoughts on “Fancy That {Valentine’s Food}”