So, I had a #Mamalifehack all lined up to show you today, but after a week without Shaun here (not a bad week at all…just, you know, a WEEK), I thought that perhaps the best Mama-tip I could share today might be this one. 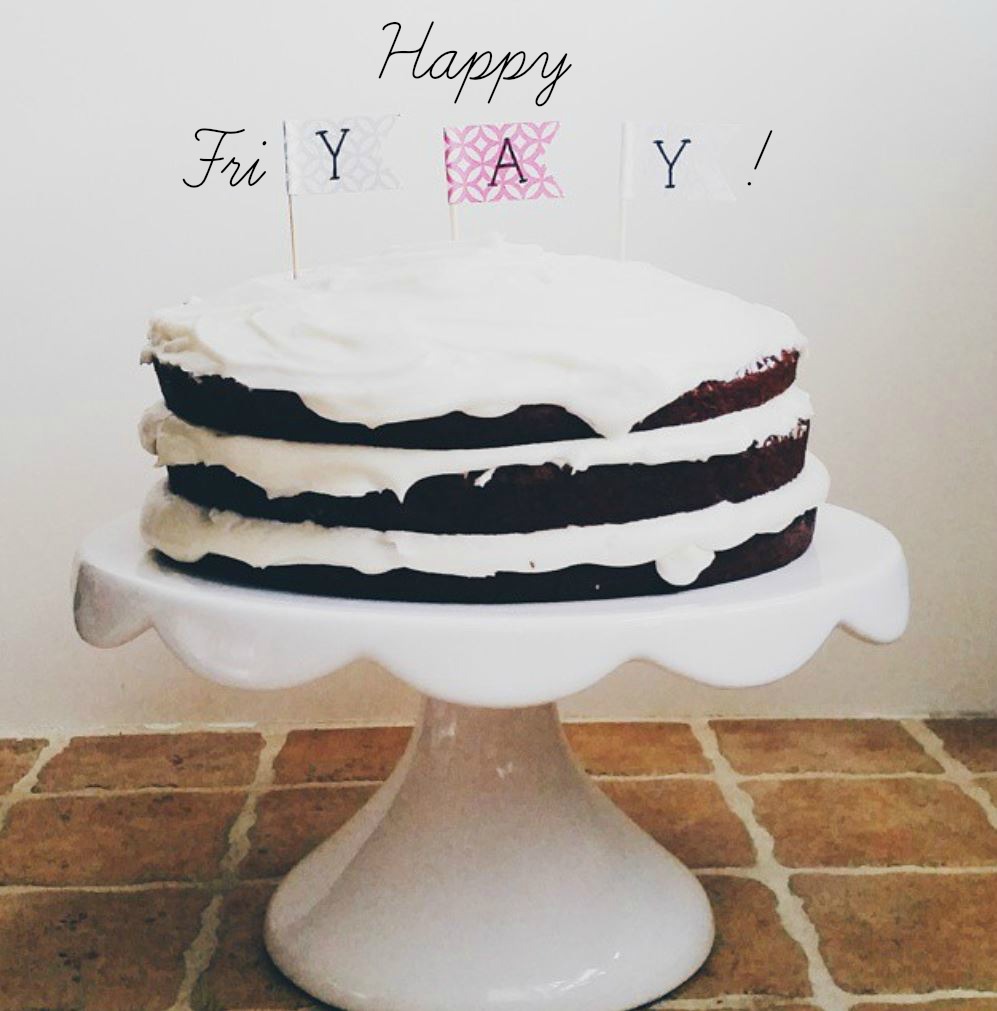 And that would be…when you’ve had “a week,” allow yourself a slice of THEE best carrot cake you will ever taste.

{I know it looks like chocolate cake, but it isn’t; that’s just what happens when you take your pictures with the last slivers of the day’s light}

I have posted about it at least twice before (and every single time I’ve made it for any event, people have asked for the recipe). But I made it again yesterday as a reward for the kids being suuuuper helpful with chores (oh, and because…cake), and it was so amazingly moist and melt-in-your-mouth-yummy that I just had to share again. I did.

A couple of tips:

1. Pay NO mind whatsoever to the bake time. I have no idea why it suggests 35 minutes for a three layer cake, but mine took 20 on the dot (and I’d say my oven cooks pretty accurately), and if I’d cooked it a couple of minutes longer, it would have been too dry.

2. If you like nuts at all, DO add some chopped up pecans to the batter. OH. MY. It adds so much depth to the flavor and texture.

3. This recipe calls for 1 cup and 1/2 of vegetable oil (!!!), so I like to make it a teeeensy bit healthier by turning 1/2 a cup of that into apple sauce. It makes everything even moister without adding unnecessary oil. (I’ve done it with a cup of apple sauce too, and it was still great).

4. If you don’t have an awesome cream cheese icing recipe, you can try mine (which is more of a “recipe” than a recipe, if you know what I’m sayin’):

Whip your softened cream cheese + butter until creamy, then add the powdered sugar a cup at a time until it begins to take on a frosting texture. When it gets too thick to spread, add the milk + vanilla. Keep adding powdered sugar until you have thick, creamy frosting that holds its shape but still spreads easily. It may not take the entire 32 oz. bag, but it’s better to err on the side of too much rather than too little powdered sugar because runny cream cheese frosting is just a bummer.

So, there you have it. Something to put even more YAY in your Friday. I’m off to have a piece of cake for breakfast. (I tell myself this is because I’m teaching BODYCOMBAT later, but let’s be real: I would have eaten it anyway).

Okay, so spill: what do you do to make “a week” better?