You know how people are always talking about the things they’re going to ask God once they get to heaven?

Well, I’m inclined to think that–once we’re there and behold His glory–we’re not going to care. We humans are so intent on thinking that this earthly world of ours is all there is–that the affairs of it are the only ones that could possibly matter. We’re so NOW that we often can’t imagine caring (or not caring) about anything else.

If it sounds like I’m about to embark on a lengthy philosophical treatise about eternity, nothing could be further from the truth.

I just wanted to establish what I REALLY think about the subject of asking God WHY before I very frivolously claim that, when I get to heaven, I intend to ask God about the phenomenon of “baby brain.”

I’m sure I won’t really.

But here on this earth, I find myself befuddled about–well, a lot of things, including where I put my phone, which was JUST in my hands (oh yeah, it’s in my back pocket ::sheepish chuckle::). But mainly, I’m curious why, after you’ve had a baby, it seems that someone has liquified your brain and siphoned it out of your ear. I mean, I get that the lack of sleep thing is a major contributing factor. That makes sense. But the rest of it? You’ve just been entrusted with a tiny human, whom you must feed, care for, and generally shield from harm, and yet you find your IQ suddenly reduced to that of a slug. Who hasn’t slept in weeks (do slugs sleep? surely). HOW are we supposed to keep a baby alive when we’re constantly walking into rooms with zero inkling of why we’re there, and there’s at least a chance we’ll try to clean our teeth with our hairbrushes if we’re not careful. 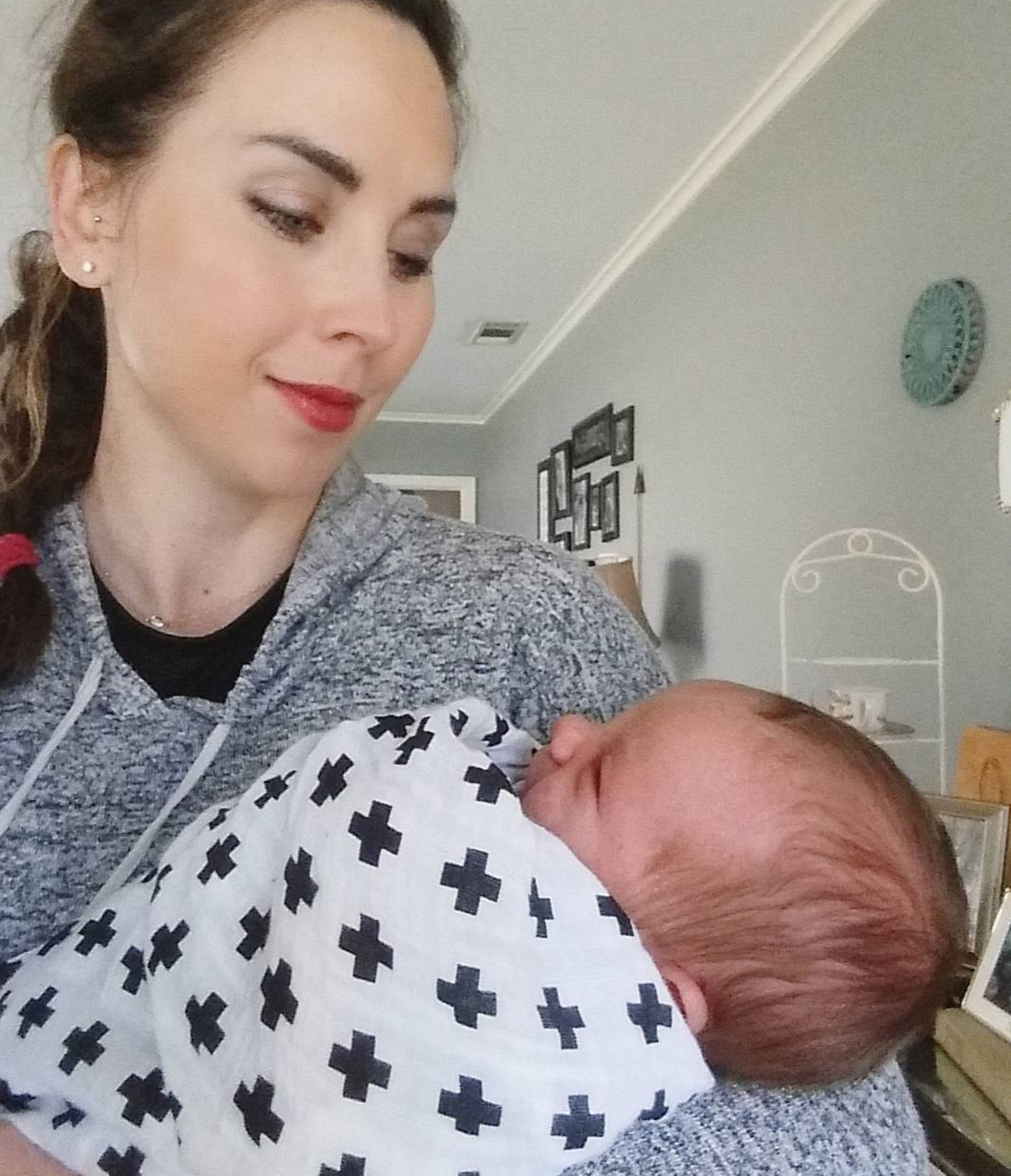 It’s a good thing you’re cute, you little brain-sucker. Because I used to be marginally intelligent. I think.

And the talking? It’s hopeless. This one has been the most pronounced for me this time around. As if I didn’t already have enough names to get wrong with regular old kid brain. Now, I’ve added another name, and my gray matter is in an extraordinary state of mush, which means that I stare directly at one of my children (who knows which) and intone: “Ezra! Simon! Evy! Theo! Faith! (a cat)…ugh! N-O-L-A!!!!!”

I called Honor “Theo” 9 times out of 10 for the first week of his life.

The other day, I explained to Simon that he needed to get a towel from the pantry to clean up a spill because I’d already put all of the dirty ones in the dishwasher. And the most astonishing thing about that scenario is that I hadn’t actually done either of those things…just messed up the nouns.

It is a genuine struggle for me to form sentences these days, people. Often to hilarious effect. Except that, usually, I have no idea what I’ve just said. My children sure are enjoying it, though.

Funny, kids. Real funny. Your mother is thisclose to the insane asylum, and you’re goading her. That’s dangerous. She is the one who makes the food, after all. 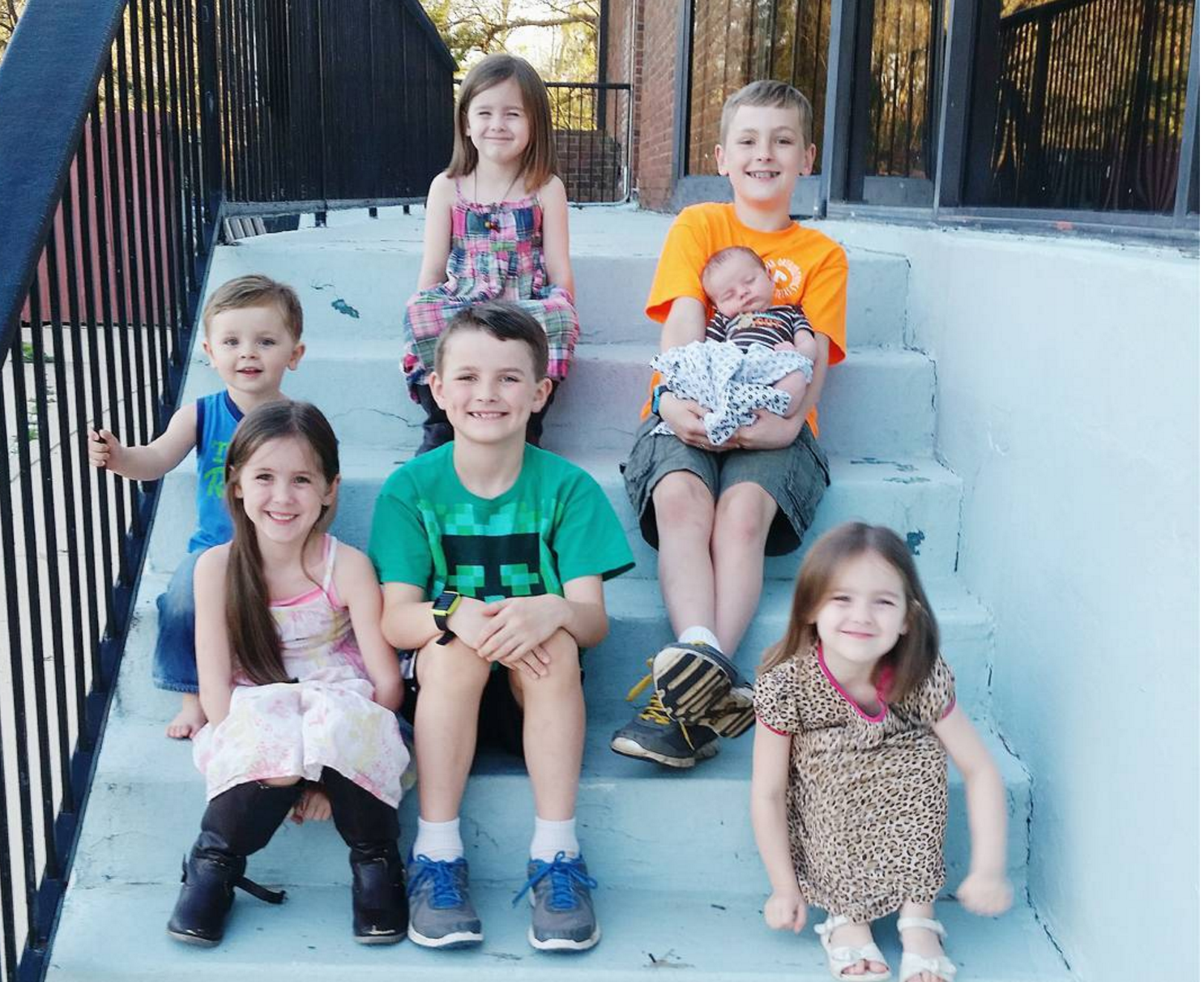 And teaching fitness classes is a total lark. I have to memorize large amounts of choreography that  coordinate exactly with specific beats of specific music. And, when your brain is only functioning at 7%, that is quite a feat. Sometimes, an unmanageable one. I do all right, for the most part. But yesterday, as I was teaching BODYCOMBAT, a song started, and my brain literally stalled. And I just stood there, thinking: I don’t even know which appendage to move first. One of my participants, who practically knows the choreography better than I do, starting moving her legs, so I followed her, even though I was sure she wasn’t quite right. We did half the track before my brain finally remembered what it was supposed to be telling my body to do.

I would say it’s embarrassing. But many of my faithfuls have been taking my classes since I was pregnant with Della, so they’re kind of used to the drill. Abbie just had a baby. Abbie will not be firing on all cylinders for a while. ::Shrug::

I know I’m not alone–that baby brain is a very real thing (even if our husbands don’t believe it).

But what I want to know is: what is the funniest/worst/baby brainiest moment you’ve had as a mama?

Mine is actually kind of major. And maybe I’ll share it someday. But not right now (I know; so mean). Honor’s hungry, and the rest of the natives are getting restless.

Whatever their names are…

P.S. If you find an unusually large number of typos in this post, well, I would expect no less.