Do y’all remember this vase? 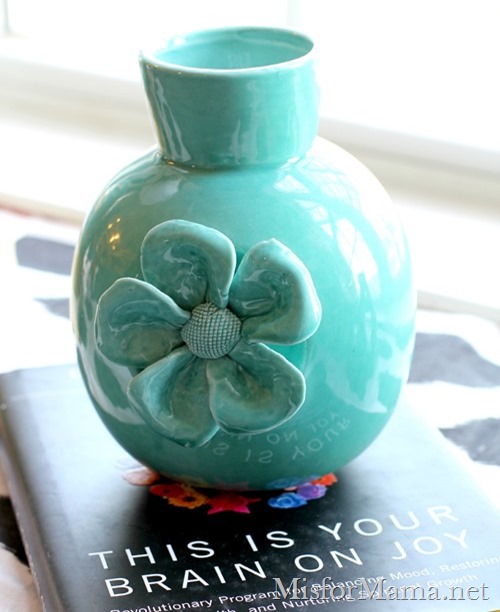 It was only $8 and really reminded me of these Anthro versions that cost 3 times as much. If you read the post, then you know that I was extolling the joys of stumbling upon unexpectedly delightful things in everyday life.

And then this happened: 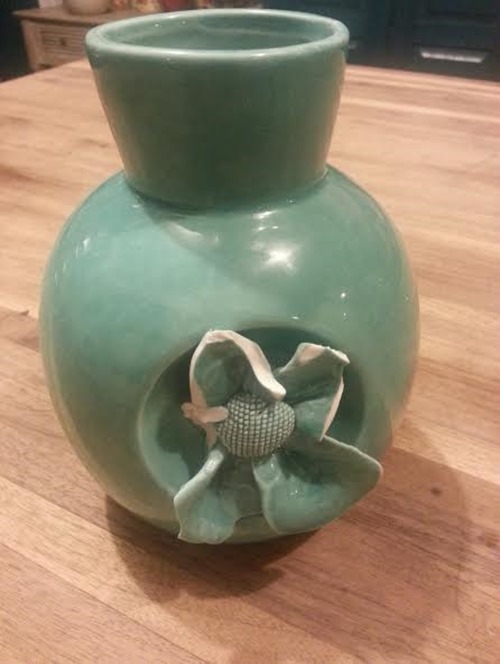 I don’t actually know how it went down (hardee har). Normally, I would finger one of my children as the culprit. But, since, when I found it, every last shard of broken pottery had been carefully gathered and deposited inside the vase, and Della was the only mobile child home at the time of “the incident” (and completely incapable of that kind of meticulous track-covering), I’m thinking it had to have been Teresa. Who is no longer with us. But before you go thinking I would fire someone because of a broken vase, let me assure you that the vase incident and Teresa’s leaving were not only completely unrelated but also separated by several months. (Her schedule at her other job changed, and she is no longer able to help us out around the house; sniff sniff).

Thing is, I feel a kind of kinship with that poor, sad broken vase.

God has been chipping away at something inside of me for a while now, and about a week ago, I feel like he knocked me off the ledge I was precariously perched on, and let me crack a little.

I’m not a particularly dramatic person. Animated, yes. Expressive for sure. But I don’t soar to great heights or sink down to the depths on any regular basis. Sure, I get in funks or really good moods like the next girl, but I don’t cry easily (unless I’m pregnant, and then…watch out) or get deliriously happy…usually.

And I’ve always been pretty confident in who I am.  Which is why, when feelings of insecurity creep in, I take the time to pray and search out the root of the problem in my heart.

At least that’s what I thought I’d done until last week when, out of nowhere, right in the middle of chicken enchilada prep, a wave of unwelcome memories washed through my brain, so strong and painful  that it wiped out the pungent chopped onion smell that had been coaxing salty liquid from my eyes.

Hurtful actions. Hurtful words. Hurtful betrayals. Bombarding my mind until even the simple act of grating cheddar was an effort. I wanted to slide down onto the floor, grater in hand, and sob.

But I couldn’t. I had things to finish, places to be. And did I mention I’m not a crier? Even when I want to be.

So, I finished the things. And I went to the places. But the hurt lingered. And then it gave birth to resentment, which curled up in the pit of my stomach and proceeded to shred my emotions with its sharp little claws.

And just when I thought the tears might come at the most inappropriate place and the worst possible time, I received another emotional kick in the face. From a friend, no less. And she didn’t even have a clue she’d done it. She was utterly guileless and completely blameless, but the explosion of hurt at her words so perfectly collided with my already churning emotions, that I knew it was God who had orchestrated it. I knew he wanted it to break me.

Let’s go back to that broken vase for a minute, shall we?

I loved it so much that I didn’t want to just throw it out. And I had an idea to rescue it and transform it into something beautiful again.

But first, I needed to get rid of the ruined flower. I tried several gentle methods of removal with flimsy tools that only bent or got injured themselves in my quest to tiptoe around that eyesore.

In the end, nothing but a hammer would do. 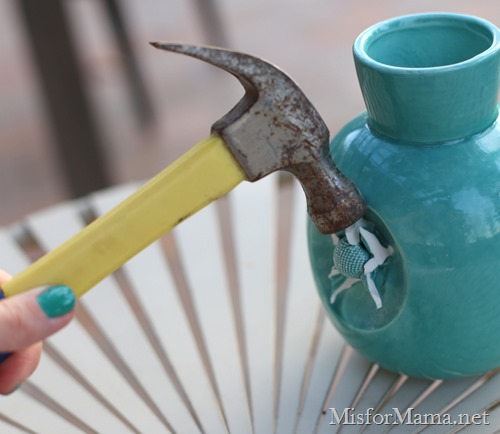 And even then, I tapped at it, trying to preserve as much of it as I could without hurting the vase. Hoping that I wouldn’t have to do what I feared necessary.

Finally, I relented to the truth: nothing but  a swift forceful blow would be sufficient.

Sure enough, it worked. The broken flower came out in a chunk, like a cancer. It wasn’t a clean break, though. 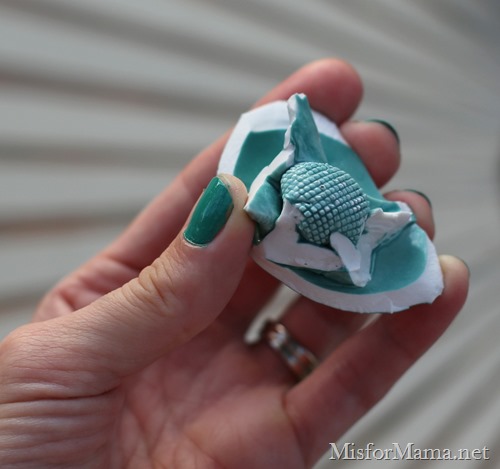 And it left a jagged hole in the vase. 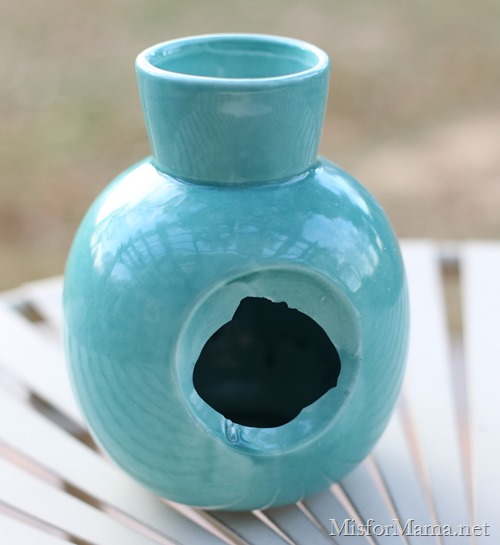 It would take something less rigid and brittle than the pottery flower—something soft and malleable—to fill that hole. 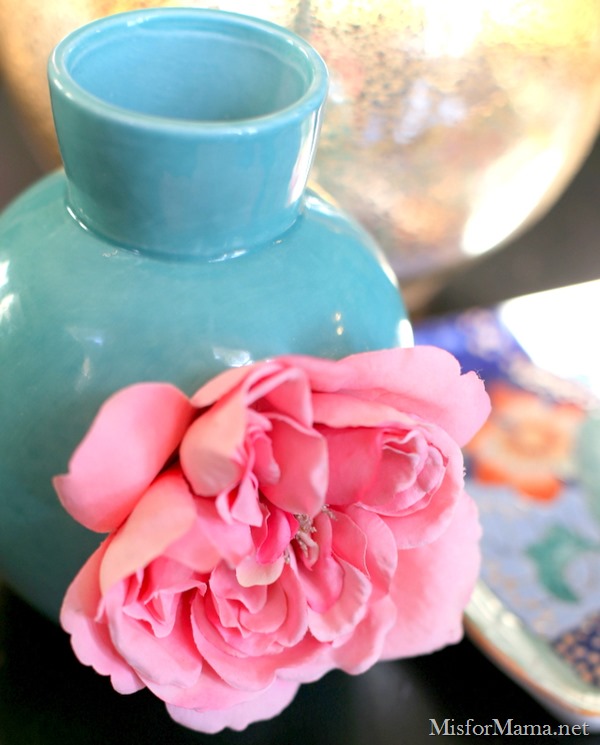 When God took a hammer to my heart that night, he showed me oh-so-clearly that the nasty thing he was after was pride. I’ve always considered myself a pretty self-aware person. I know my limitations too well to think too highly of myself. You might even say that I have taken pride in my ability to know why I shouldn’t be prideful. Ironic much?

I deserved at least that much consideration. 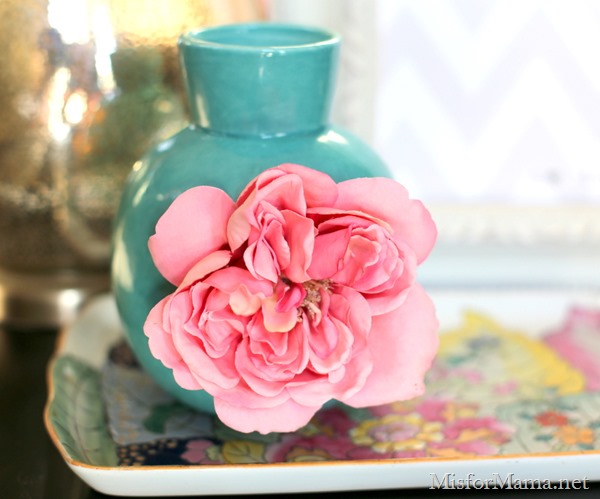 Never mind that I serve a God who says topsy turvy things like “the last shall be first, and the first shall be last.” A God who calls me to take up a cross, which is a far cry from making sure that every possibly praiseworthy thing I do gets noticed. And an even farther cry from getting in a funk when it doesn’t.

But you want to know the best part?

God is so incredibly gracious that, when he knocks a big hole in us, he is faithful to fill it up with something better. Notice I didn’t say prettier or more noteworthy. Just better.

Because you know what’s better (and softer and much less toxic) than pride? 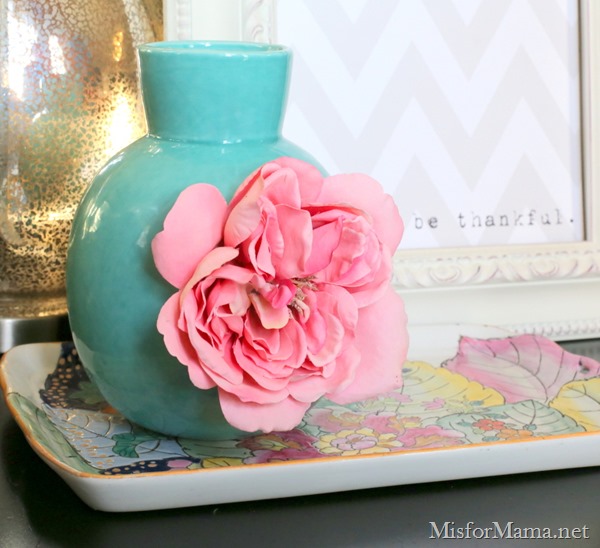 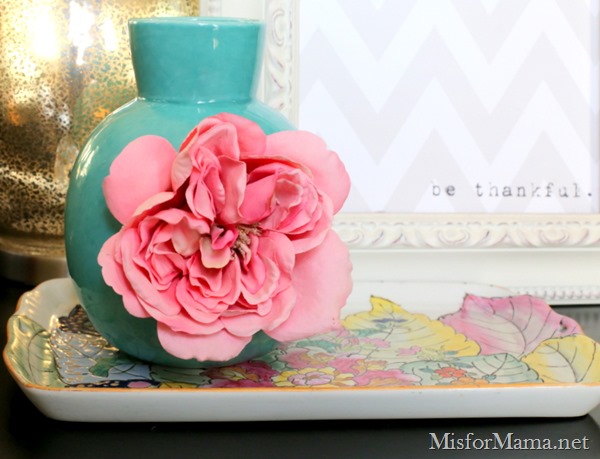 We celebrate Thanksgiving in the month of November, which means that it’s almost impossible to even so much as get on Facebook without being deluged with thankfulness. It’s good. And yet, even in this month when we deliberately practice this oft-forgotten virtue, I was anything but thankful. I was bitter and petulant. And entitled. I was: “Why them and not me, God?”

I would love to tell you that my reaction to realizing the achingly beautiful timing of that hurtful moment was one of worship. But it wasn’t. Not at first. I remember thinking: “REALLY, God? You’re going to do this now?”

To which he answered gently and clearly: “Yes, now. Because now is when you need it most.” 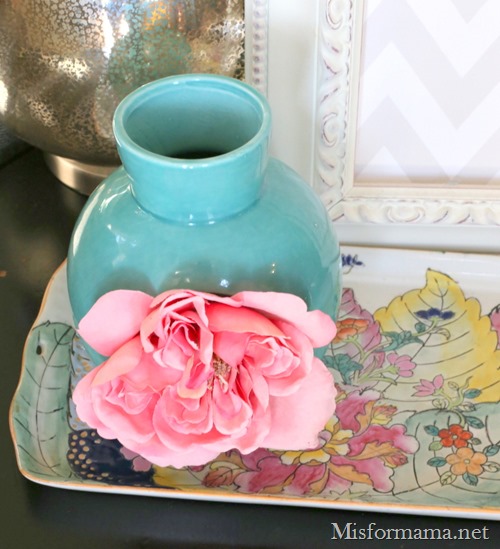 Because something tells me this isn’t the only “vase” he will have to break before I fully learn this lesson. Despite my head-knowledge of just how great my shortcomings are, my prideful hearts means that doing nothing out of selfish ambition and vain conceit and thinking of others as better than myself comes about as naturally to me as bawling during a chick flick.

The good news is that God’s love is infinitely better (and more permanent) than thrift-store flowers and hot glue. And he will never throw me out, even if when he finds me lying in pieces on the floor again.

And I am so, so very thankful for that.

P.P.S. That chevron “thankful” print is from Jones Design Company. (You can still enter a giveaway to win some of Emily’s favorite things too!).

11 thoughts on “On Brokenness (and Knock-off Anthropologie Vases)”